I posted an article on Brewer's Friend on Omega's new gene-edited super-fruity yeasts. I interviewed three of Omega's research and lab staff, and two of them shared homebrew recipes they've made with one of the new yeasts - Strawberry Stout and Strawberry Puckerade. https://www.brewersfriend.com/forum...d-super-fruity-new-yeasts-blog-article.14730/

A few months ago, Omega Yeast released two new strains, Bananza and Sundew, both available now to homebrewers, created using CRISPR gene-editing technology. Conversations with brewers interested in pushing the upper limits of esters and fruitiness in their beers led Omega to the create these new strains. Thank you to Omega staff Bianca Alley (Lab Manager), Keith Lacy (Research and Development Lab Technician) and Laura Burns (Director for Research and Development) for visiting with me about these new yeasts and the high tech process of creating them. 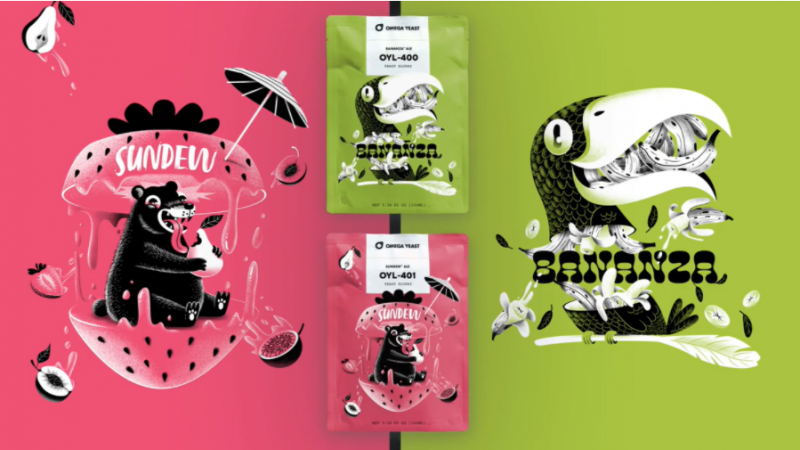 Omega’s POF- Project
When Laura, who earned a Ph.D from Vanderbilt, joined Omega in 2019 to lead the research and development efforts, she pushed ahead with what Omega calls its POF- Project. POF- stands for Phenolic Off Flavor Negative. Phenolic flavors due to brewing yeast, according to Laura, are the result of the work of the yeast’s FDC1 gene. This gene enables an enzyme which in turn produces a compound called 4-vinyl guaiacol (4VG). Most people perceive the 4VG compound as spice and clove phenolic flavors – in beer and other products, like baked goods.

Historically, through selection by brewers, many brewing yeasts developed naturally over time to be phenolic negative. Exceptions include Belgian and German Weizen yeasts, where the spice and clove phenolics eschewed in other styles are seen as positive attributes. These yeasts also developed strong ester characteristics, to compete with the phenolic flavors. It was these esters that sparked the POF- Project.

According to Bianca, Omega was interested in “eliminating phenol flavors produced by these strains so that the ester characteristics can come through, giving way to a new beer character.” The phenolics, Laura said, “tend to mask some of the hoppy character of the beer” as well as other flavor profiles. “In the absence of the phenols,” she continued, “other characteristics are emphasized and come through in new and interesting ways in the final character of the beer.”

CRISPR Gene Editing
Both Laura and one of Omega’s founders, Lance Shaner, previously worked with CRISPR gene editing, in graduate school, so they were well situated to take on this project. According to Laura, the limitations on using CRISPR are not equipment related – the equipment needed is readily available and affordable. What is needed is the knowledge of how to use it, experience, and the perseverance to go through the robust licensing process required for CRISPR created products.

In sum, CRISPR offers scientists a way to find a specific bit of DNA inside a cell and then alter it. CRISPR has been adapted to do other things too, such as turning genes on or off without altering their sequence. Prior to this technology, editing the genomes of some plants and animals was possible, but the process was both prohibitively expensive and took years. Today, CRISPR makes the process of gene editing affordable and available to small companies like Omega.

Already widely used for scientific research, many of our food stuffs have been altered via CRISPR gene editing. CRISPR is also being used to transform medicine, both in the treatment and prevention of diseases.

GMO Yeast?
In the grocery stores, we see many items labeled as Non-GMO, responding to concerns about the long-term environmental and health impacts of industrial farming of genetically engineered plants and animals. These concerns infuse the active conversations and debate about GMO products in scientific, environmental, regulatory and consumer circles.

According to Laura, Omega’s gene-edited yeasts are not best described as GMO. She said “There are no added materials introduced to the yeast, just taken out. We took a minimalist approach so that it was approachable and brewers wouldn’t be hesitant to use the yeast.”

Ramp Up the Fruitiness: Bananza and Sundew
Omega’s POF- Project grew from conversations with professional and homebrewers about wanting yeast that amplify the fruity characteristics of their beers. “We had an ear to what our customers were looking for,” according to Laura, “and some of these strains were obvious choices to offer.”

The first two yeasts released that were produced using CRISPR technology are Bananza and Sundew. Bananza has prominent banana aromas and flavors, much like a hefeweisen yeast, but more pronounced and tropical, because of the lack of competing clove and spice aromas and flavors in the typical hefe yeast. Sundew features strawberry, tropical fruit and stone fruit esters, again amplified by the lack of phenolic characteristics, which combine interestingly with fruity hops.

Laura, Keith and Bianca all brew – Laura did so professionally at two breweries and Keith and Bianca are active homebrewers. “It was kind of surprising how much a little underpitch of Bananza really enhanced the banana flavors,” according to Keith. This is a common technique for homebrewers with Hefeweizen and Belgian yeast strains, but can be tricky – the fermentation character can go from pleasant to a hot mess quickly. But Bananza works well with a slight under pitch, Keith said, “it didn’t produce any weird off flavor and it didn’t struggle to finish up.”

For Sundew, according to Keith, temperature was more key. Fermenting in the low to mid seventies enhanced the ester quality, while still being pleasant and enjoyable.

Both Bianca and Keith brewed multiple batches with these new yeasts, using Brewer’s Friend to craft the recipes, and each generously shared one of their favorite recipes. 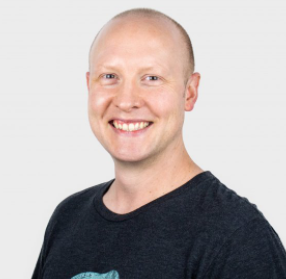 With the berry sensory notes that Sundew Ale (OYL-401) produces, it naturally fits many pale, fruity styles. I wanted to see how the yeast pairs with the flavors of a dark beer (dark chocolate, dried fruit, toffee, coffee, and roasty goodness!) and settled on a stout. By design, this recipe sits in the middle of various stout subclasses and with a few simple adjustments can be tailored to the personal tastes of the brewer. For example, mash with less grain at 148°F for higher attenuation and a drier finish to make a dry Irish stout, or increase the amount of oats to 10-20% to make an oatmeal stout.

The higher mash temperature gives body without being overly sweet, the dehusked and debittered Carafa III adds beautiful roasted color without the astringency, and the flaked oats help with a nice stable head. You may substitute Maris Otter for the Golden Promise. Other possible substitutions include honey malt or a medium crystal malt for the Golden Naked Oats (or whatever you prefer – it is your beer!)

First Gold reflects the more traditional English hop character and also adds some fruity character with a touch of spice. The Ariana hop choice brings a higher alpha acid percentage to the recipe, and also lends some blackcurrant notes. When added to the whirlpool, the hops don’t make the beer overly bitter or overpower the other aromas. For a more traditional English take, I’ve always been a fan of East Kent Golding or Fuggles.

YEAST
OYL-401 Sundew. The temperature range is relatively broad, from 64-78°F. We recommend slight overpitching or a fresh starter for more berry notes. Sundew will shine at fermentation temperatures in the mid-70s.

Even though the boil is 90 minutes, add the first hops at the 60 minute mark. I prefer this method, so that I open a 1 oz packet of hops and dump it into the kettle as opposed to weighing it out or ending up with partial packets lying around. 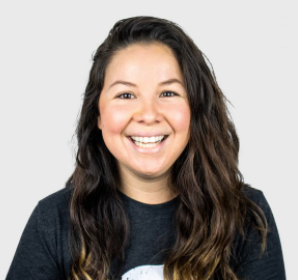 To highlight the robust strawberry jamminess of Sundew™ Ale (OYL-401), I built a recipe that would complement the Belgian and berry characteristics. Balancing the acidity and fruity berriness presents the key challenge to pairing Sundew with a fruited kettle sour

Using a basic malt bill of 50-50 wheat and 2-row, I chose to do a protein rest that helped to break down the beta-glucans and long protein chains adding to the body and making the lautering a little bit easier.

The finished product pushed fruit forward on the nose, with a nicely tart finish. The flavor profile highlighted a melding of strawberry puree and lemon zest to accentuate the aromatic berry yeast characteristic. A sure thirst quenching crowd-pleaser.

SEQUENTIAL FERMENTATION:
Knock out at 95°F and allow the lacto to sour for 24 hours. The wort should be sufficiently sour (pH 3.2-3.4), at which point pitch Sundew and dry hop 0.25 oz Tettnang hops. After 1 week (or once fermentation is complete), add strawberry/lemon flavor and leave for an additional 48 hours for refermentation prior to kegging.

YEAST:
OYL-401 Sundew. The temperature range is relatively broad, from 64-78°F. We recommend a slight overpitch or a fresh starter for more berry notes. Sundew will shine at fermentation temperatures in the mid-70s.

The best advice is unsolicited

Having tried both, I must say I was rather disappointed. Huge starters on both fermented both at 75F, and neither showed up for me. Maybe I had unrealistic expectations for those, but I'm not sure they're anything special...

I made a Blonde with Bonanza yeast and Jaryllo hops and it's a straight up banana bomb.

Really interested in trying the Sundew as a sour with some Rhubarb !

A
Beginner Brewer - About to attempt first Lambic Style