For this brew i was trying to do a passion fruit blonde ale and had a few humps. First when i added the passion fruit puree, it was post boil and once the wort had been cooled and prior to primary fermentation. The next issue was that the lid for my airlock was lost, so i attempted to use tape in an emergency to prevent the other cap from flying off. The last issue was that the apartment got up to 82* which was unexpected for winter, it was a hot day.

I bought a new airlock and cap and tried to ride this beer out. I tried it 2 weeks after bottling and it's quite tart, i'm not sure if it was because it got infected or if it is because all the sugars got eaten by the yeast.

I was looking for opinions; Should i try aging this beer out or dump it.

I'm new to home brewing, this was my 2nd batch and i'm now on my 4th 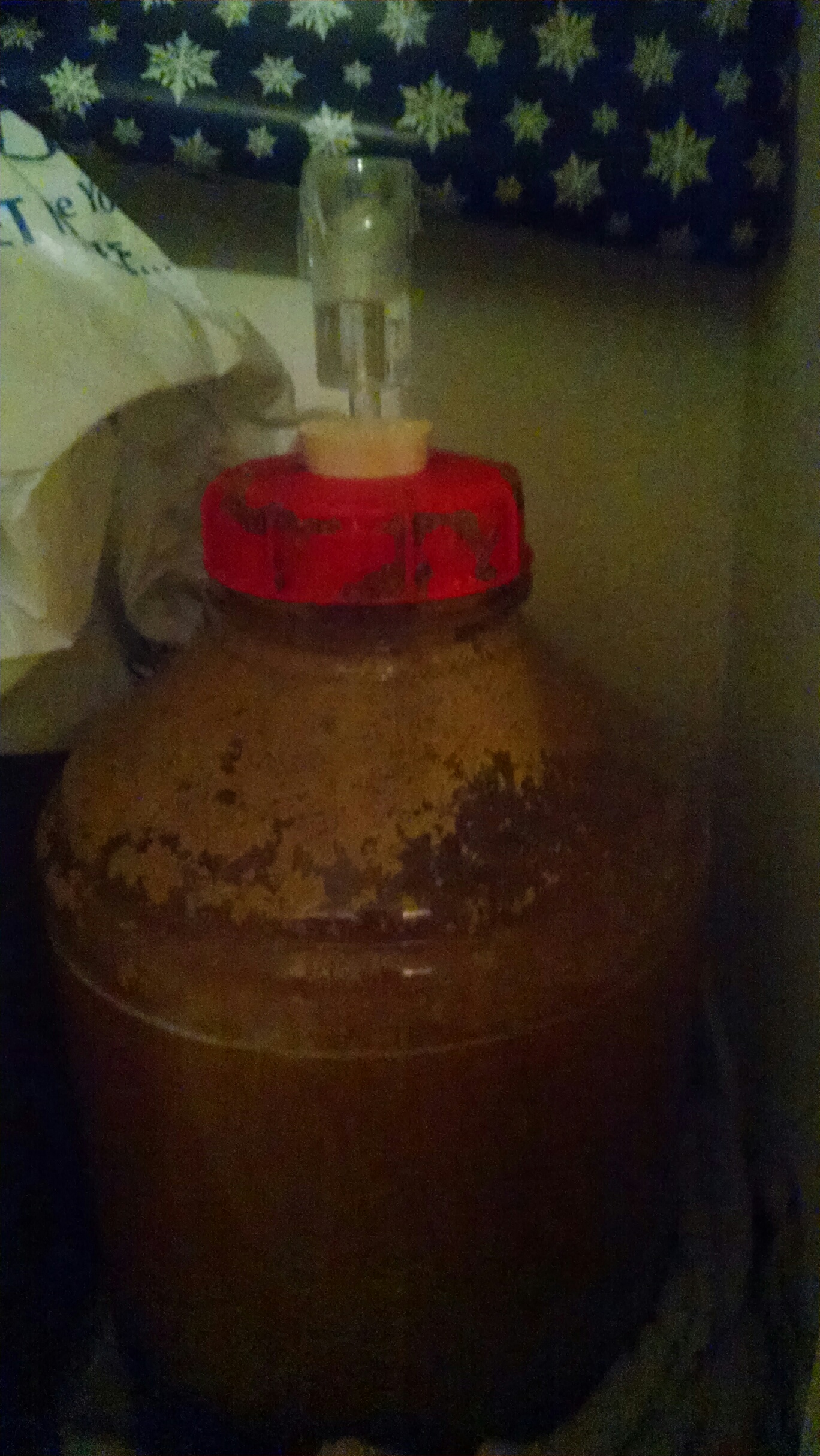 The tartness is most likely from the puree which, in spite of having sugar, is an acidic addition. It should become less pronounced with some time, but it's going to a be a very forward part of the profile of a beer with passion fruit.

As for losing the cap, you did you best to cover it up and keep unwanted beasts out. If you pitched enough yeast, it probably will have outdone anything that anything undesired might have done. Time will tell, but it will probably be fine for a first crack.

Lastly, what was the temperature of the wort when you pitched the yeast? If the room temp was 82F for a sudden or short period, the beer may not have gotten that warm. It takes time for the whole volume of beer to warm up that high. Controlling fermentation temperature is one of the the most important parts of improving your beer, but it's hard to say how much of an effect the high temperatures will have had. It depends on the length of time and the yeast you used. That info would help with this question.

Keep in mind that everyone on this forum started where you are -- doing our best and unsure of the result. We all got better because we identified what we didn't like in the final product, researched what caused it and work towards fixing it the next time. Unless you beer is utterly undrinkable, keep track of what you like/don't like once it's bottled and primed, and chime back in. Good luck.

“Tart” is subjective. How tart are we talking? Usually tart or sour is a sign of a Brett or lacto infection, but it’s usually incredibly sour.

The purée is best added post fermentation as others have stated, but I usually bring my purée up to about 180 for 10 min to pasteurize it as well or treat it with campden for 48 hours to kill any wild yeast which may be hitching a ride. You’ll also find that more of the flavor and aroma will be prevalent when added post fermentation. Is the beer drinkable?

Out of curiosity what were your OG and FG readings? With purée in fermentation that’s a ton of additional sugar you threw at the yeast. What yeast strain did you use?
R

i have a 3 piece airlock with only 2 pieces left as I also have lost the cap. The only time it tries to fly off is when I snap the lid of my bucket down. One finger over the top and it is fine. It won't fly off during fermentation.

So long as you kept liquid in the airlock and didn't open the fermenter and leave it open you don't have an infection. I had to open a bucket fermenter completely several times to get an infected batch.
R

Lol a three piece air lock is about 2.00 at your local homebrew shop. It might be about time to bite the bullet on 2.00
OP

Yeah i totally agree, i bought a bunch of extra 3 piece airlocks to avoid this issue in the future. I had re-taped the cap down, the problem was that i took it off momentarily as i cleaned it since it had overflowed due to the excess temperature.

The OG was 1.055 and finished was 1.012 and the yeast was Safbrew S-04 -- It reached that final gravity within 4 days and i bottled after a week and a half. The Wort was 74 Degree's when i pitched the yeast.

The beer can be drunk, I'm thinking the tartness isn't from an infection but from the puree itself, so i'm going to try to age it a bit and see how it does as it did seem to slightly improve last week. (4 weeks after bottling) -- The airlock was only exposed open for 10 minutes (lid was left on) while i cleaned the overflow

When adding a puree, for my knowledge, is there a certain amount i should add for a 5 gallon batch? Should i add the whole can, the puree i used here was the Vitners Harvest Passionfruit 49oz.
S

49oz Sounds like a high figure to me for beer. If this was a cider or mead, I would say go for all of it. For flavored beers, I would suggest that you have a solid base recipe before experimenting with flavor - say maybe a 5 gal batch. Finish primary, then I would divide them up into 1 gal jugs and add measured amounts to each jug for secondary: 1st being unflavored base, each one increasing in applied fruit to each jug. Be smart and label each jug. Taste them all and see which you like best. Make note of which you like best - multiply that value by 5 and add that amount to the next 5 gal batch.
A

I recently brewed a blonde (Biermuncher’s) and added a can of apricot purée to the primary post fermentation.
The exact thing happened to me as well. The beer had very little apricot flavor. It was sour/tart. At first I thought it was infected as well.

The good new is that after a few months, the tartness lessened and the apricot flavor became more intense.

Next time I’ll alter the grain bill to enhance the sweetness. Probably add 8 oz or so of honey malt.
This style of beer is so simple that adding purée throws off the balance.
OP

AzOr said:
The good new is that after a few months, the tartness lessened and the apricot flavor became more intense.
Click to expand...

I've noticed that as well; after it's sat for a few weeks, the tartness has gone down a lot.

I thought the major part of the problem may have been from the higher than expected fermentation temperature.

E
That was unexpected...