New "kid" on the block

Hello All,
So this is my introductory post to the world of Mead Makers
My name is Ron, I live in Mesa, Az.

I used to brew various beers several years ago but had never tried making Mead.
Now several years later, I'd like to give it a shot. I live in a very small place, and dont have a lot of room for lots of equipment, so I will be doing small 1 gallon batches at a time. I have purchased (4) 1 gallon, Wide mouth Glass jars with Airlocks for fermenting, as well as a hydrometer, siphoning tubes, and related accessories. I also have (4) 1 gallon "regular top" Glass jars/carboys to transfer into, after primary fermentation is complete.

This is my first Foray into the world of Mead making, and I am looking forward to learning from you all, and trying out various styles.

SOOooo,.... I did try my first attempt at making a few batches and it came out **Ooo-Kaaayyy**,...
(translation - it was "Drinkable", and not "Horrible"),
but I'm sure it can get much better once I begin to learn more.

My first (4) one gallon batches consisted of a very basic/simple approach.
Each 1 gallon Wide mouth fermenting carboys received 2 1/2 lbs of standard grocery store clover honey.
The first one of those carboys was pretty much straight forward traditional, (with the addition of a couple of cinnamon sticks). 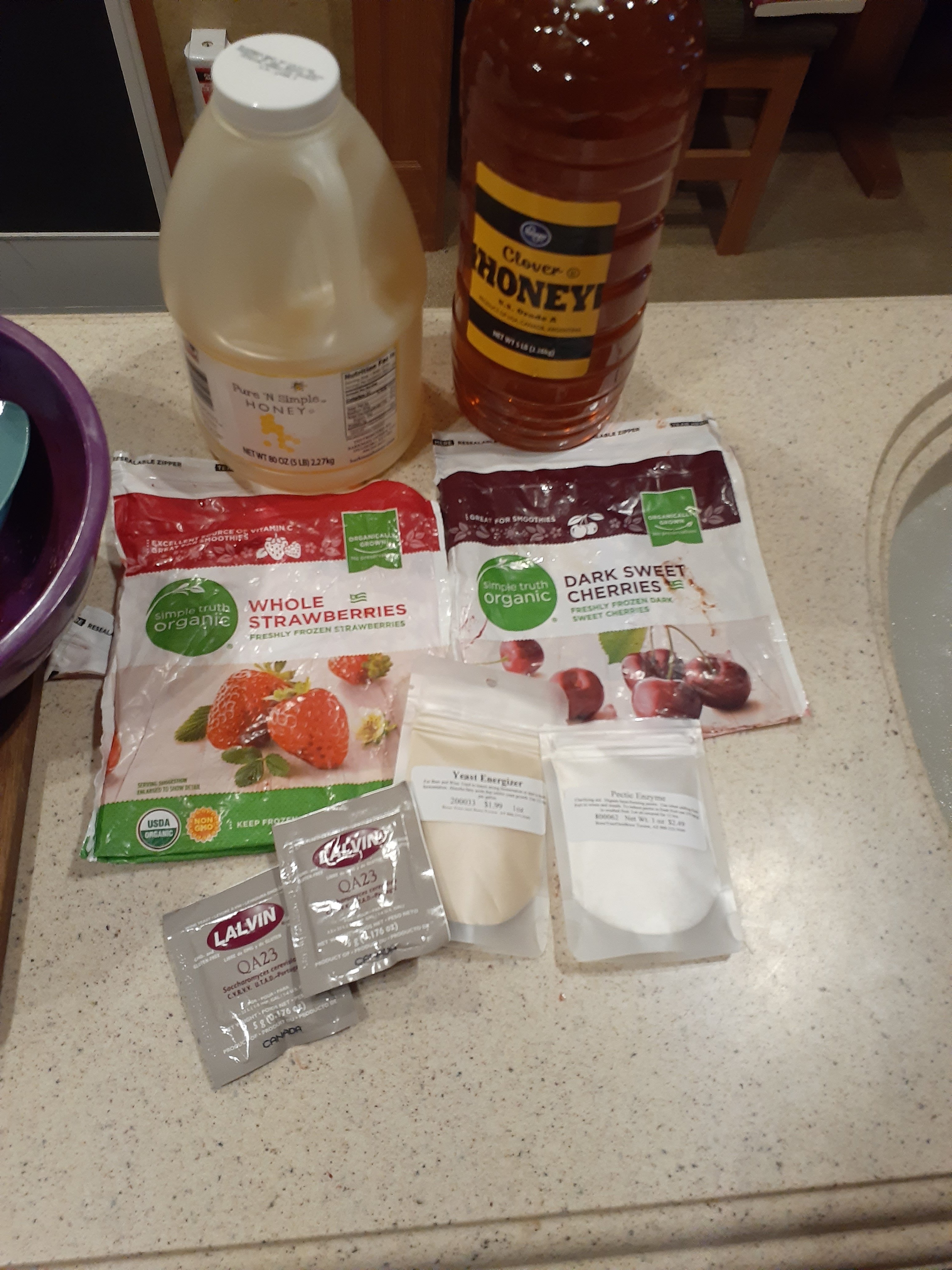 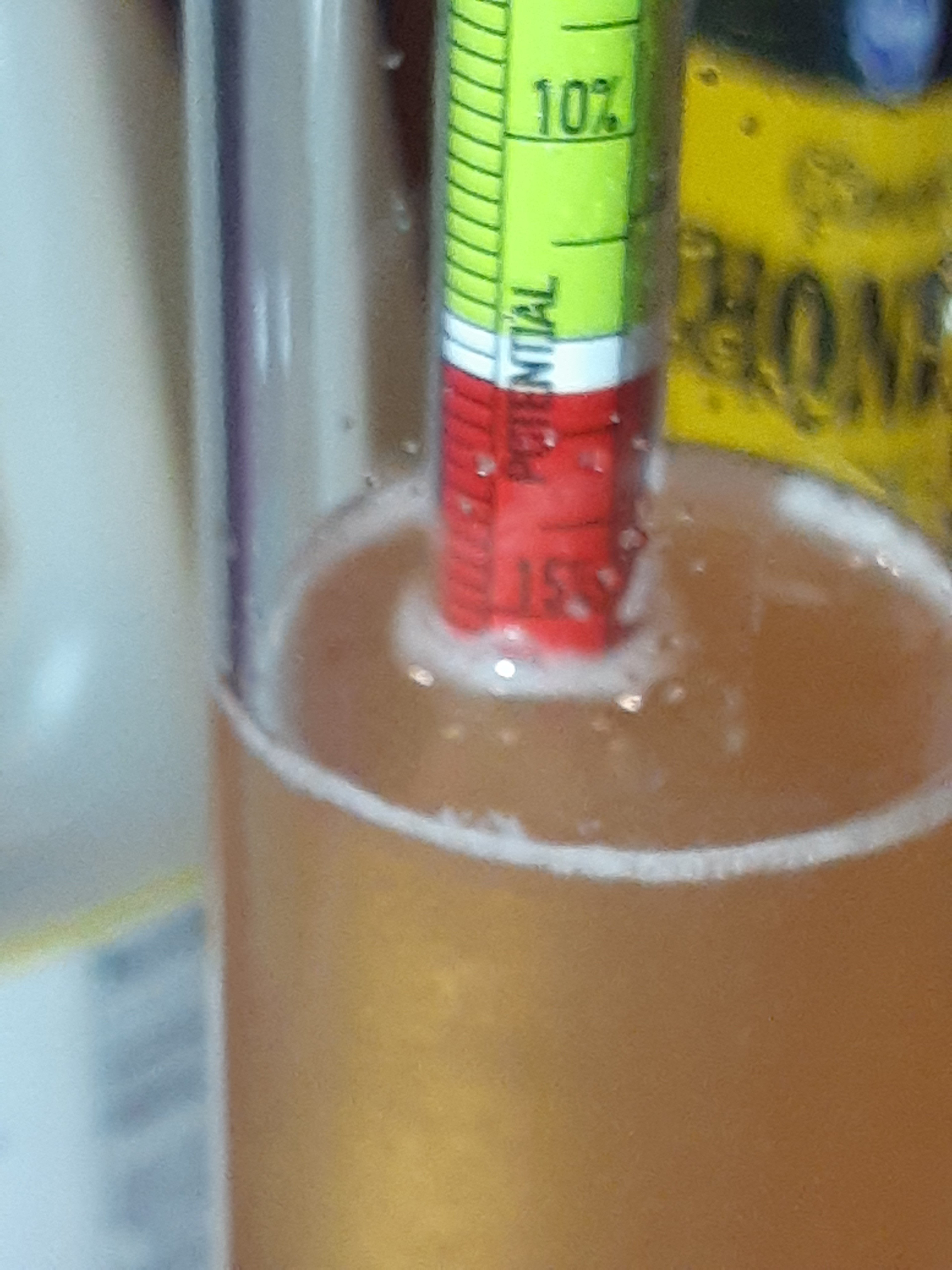 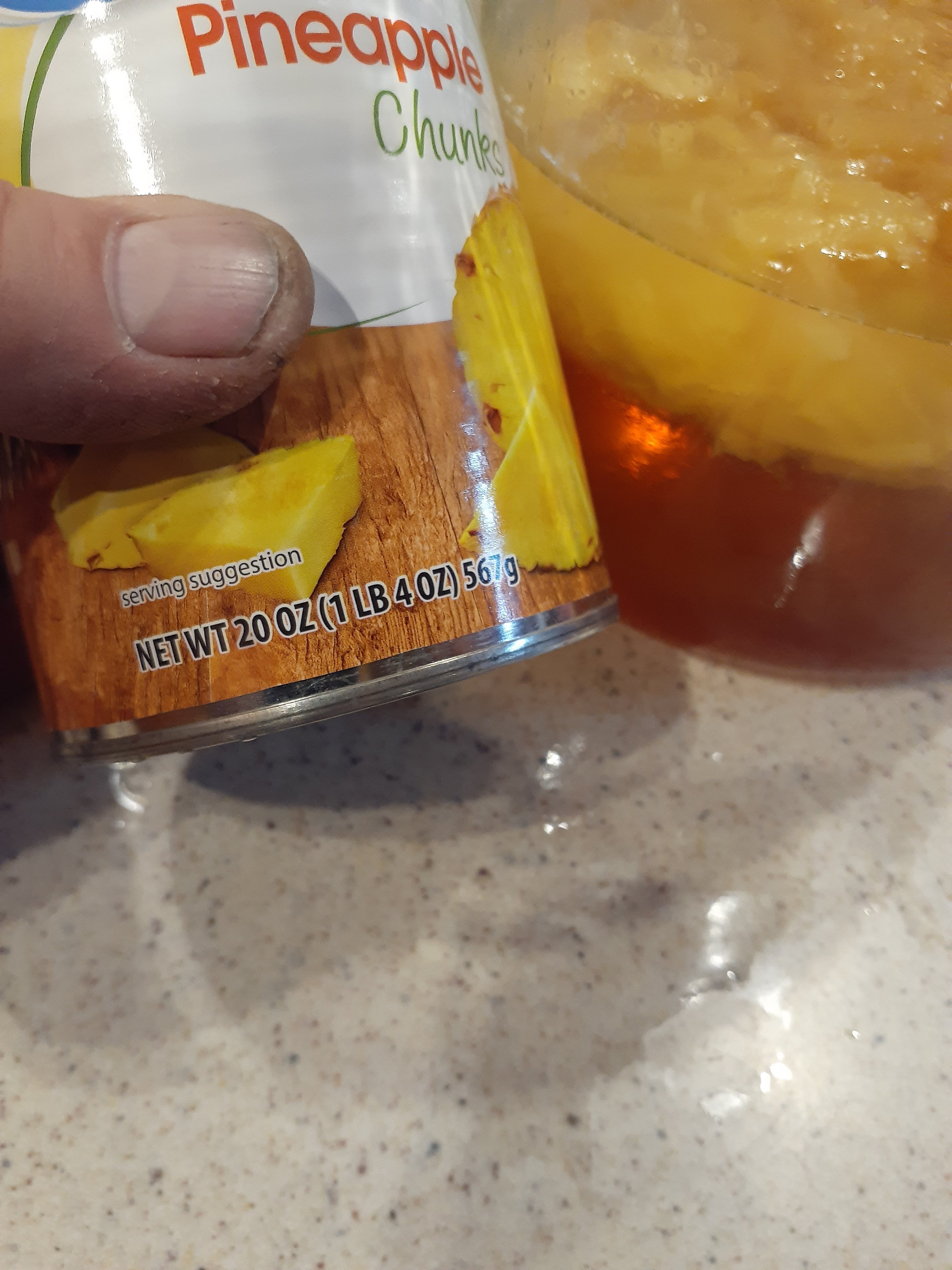 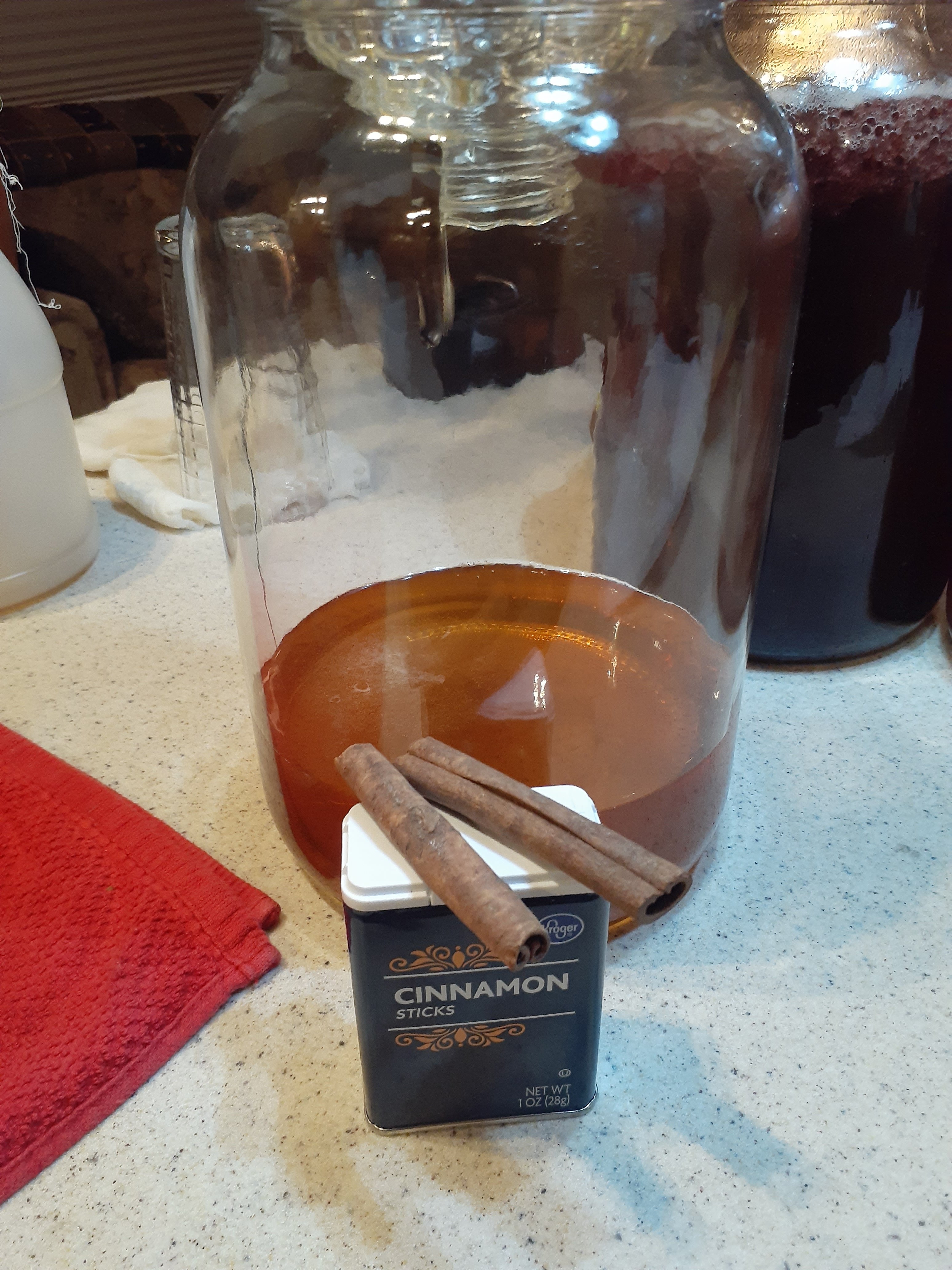 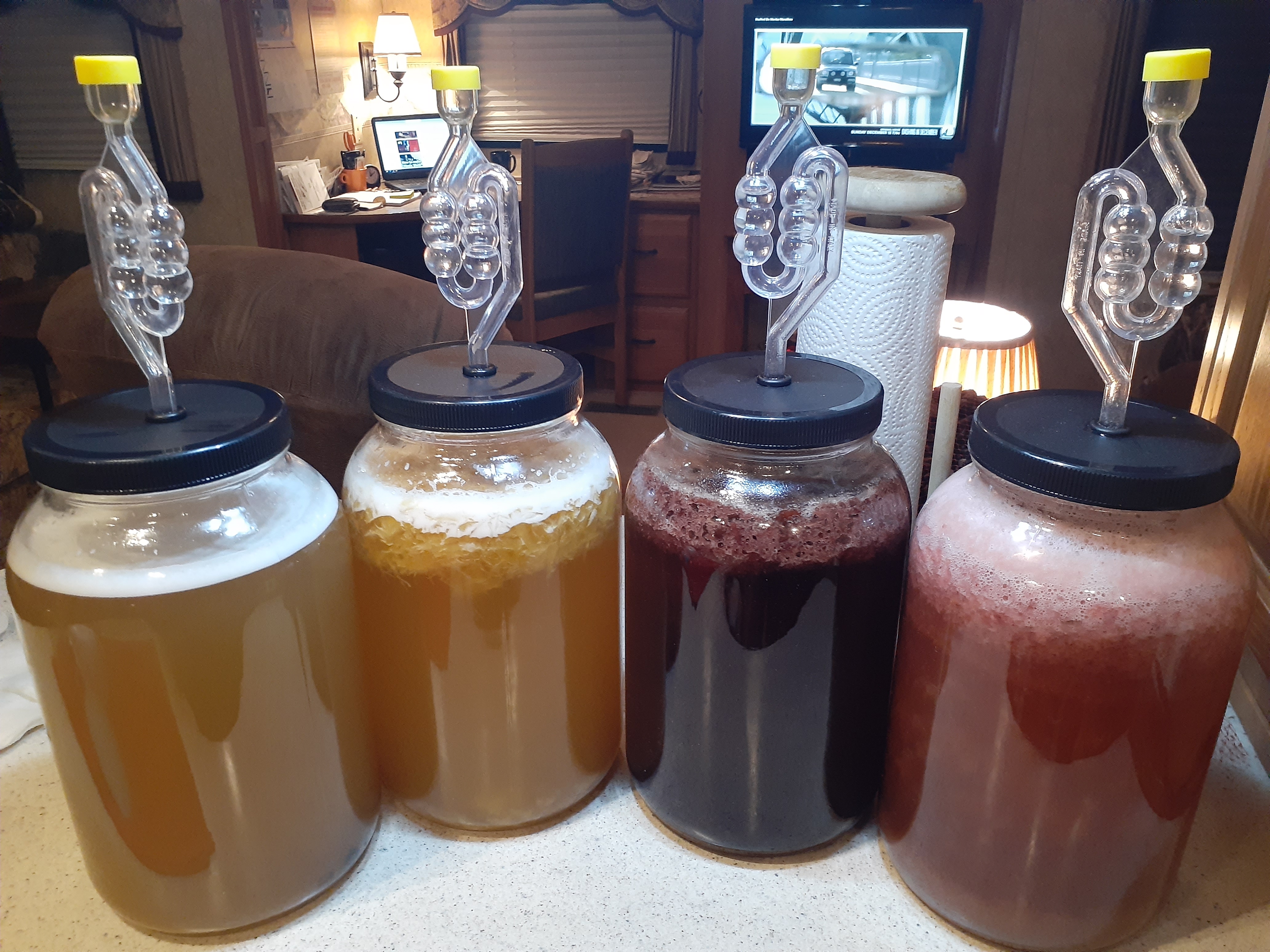 Then they all got topped off with store bought Spring Water, (leaving room of a bit of head space of course), took a SG reading of approx. 1.120 (?), and then pitched the hydrated and energized Lalvin QA23 yeast that was recommended by my local HBS store.

It percolated well, and I let it go for the next 23-24 days. (Maybe this was too long to let it go ?).
It had dramatically slowed down after about the first 13-15 days, but I just let it go until it basically was (nearly completely) stopped. FG read approx. 1.000
I racked off as much as I could without drawing in too much of the trub and fruit carcasses, ... and off to Christmas Eve dinner we went !

I told all the guests that this was my very first attempt at making Mead, (and that I really had absolutely no idea what I was doing), so feel free to give their honest opinions and criticisms.

The general consensus was that all 4 were very "Dry" but certainly **not tooo baaaaad** and at least drinkable (for the most part). The Cherry was certainly the best, with the Straight w/cinnamon in 2nd place. Strawberry 3rd, and the Pineapple a distant 4th.
OK,... so I got that first rookie batch out of my system, and I know I've got a LOT to learn. I also know that this batch was too young to really be ready to drink,... but it was Christmas dinner with friends and family, and I wanted to give it a shot. LOL !

One of my first mistakes that I've realized,... (I THINK),... was putting all the fruit directly into fermenters.
I feel this resulted in a greater loss of product, due to the deep bed of carcasses preventing me from racking down to nearly the yeast cake at the bottom.
I'm thinking that next time going with fresh (or frozen) whole/smushed fruits,... I might be better off putting them in a nylon or muslin bag (?), and putting that into the fermenter ? ? ?

Your thoughts, advice, criticism's, replies are fully sought and welcomed.
I'll most certainly have a million questions as I take this journey down the Mead making road, so I hope that you all will have patience with my dumb questions and be able to guide this "young" student, onto the proper path towards "Enlightenment".
LOL!

Thank you for allowing me to join in your forum.
I look forward to learning and trying new things.

PS, once I figure out the how-to's on the forum here, I'll try to add some pics of my efforts.

Hi Ron, You use the term "smooshed up bags" of fruit. How much does a bag weigh? Typically, you might want to use about 3 lbs of fruit if you want a hint of the fruit flavor in your wine or mead. If you like the flavor to shine through you might want to use 5 lbs of fruit. If you want to make a wine or mead where the flavor of the fruit plays front stage then you may want at least 10 lbs of fruit (tho' if you are making a mead you would want the flavor from the honey to play a significant role too, though clover honey, in my opinion, is a spear carrier: it cannot sing tenor or soprano on stage... but there are varietals of honey that can ... and do... and not all cost two arms and a leg. Orange blossom honey can hold its own. But honeys such as Tupelo and Meadowfoam easily old the audience all by themselves though they can cost a small mortgage.

The other thing is that mead and wine need some structure. Tannin gives wine a spine and honey and many fruit are not rich in tannins. Acidity, too is something to watch for. You want your meads and wines to have a titratable acidity (TA) of about 6 g/L (about 6%) .TA is a measure of the amount if acid in a wine , not the strength. As for strength of the acids you want that to be a pH of around 3.2 - 3.4. TA you can "measure" by taste. If the mead does not feel bright and perky then the TA may be too low. pH (the strength of the acids) you cannot tell by taste but too high a pH (not acidic enough) will result in a shorter shelf life for your wine.
You must log in or register to reply here.
Share:
Facebook Twitter Reddit Pinterest Tumblr WhatsApp Email Link

U
Lemon zest is blocking the top of my little carboy.

Bad News Looming on the Horizon

D
New to the mead world.