Need help figuring out how to program cheap controller

I need some help figuring out how to program/use my new Fahrenheit controller. I purchased this from eBay to replace an older Celsius model to control my fermentation chamber consisting of an insulated box, with fan feed air from an ice filled cooler. I would set my old controller to kick the fan on at 19*c and off at 18*c. My new one looks the same as the old one, but the instructions (which are a PITA and terribly translated Chinese) and the functions are different. I would like to be able to set it to turn on my cooling fan at 66*f and off at 65*f.

What I have tried so far.
I have code HC set for C or refrigeration.
I have code CP set at 1*f which I believe is the range from the set point it will turn on.
I have code LA currently set at 66* but found that while figuring the unit out, it doesn&#8217;t seem to matter what number I use for code LA. It will set between -58 to 100*f
I have code HA set at 100*f which is the lowest it will go!! It will set between 100 and 194*f only. I can&#8217;t get it to set in the 60-70*f range, won&#8217;t go that low.
I have code PU set at 1*f because I have no compressor to worry about burning up, just a small fan.
I have code CA set at zero since I am not concerned about calibration yet.
At this point I can get a heating cycle to turn on when the sensor detects a temp below 100*, it will then turn off the circuit until the sensor detects a temp above 100*f again. I have also been able to get the unit to run a cooling cycle when the sensor detects a temp above 100*f, then when it drops below 100*f it will turn off. So it seems that code HA is the actual set point code but will not go below 100*f. It also seems to make no difference where the LA code is set.
Any ideas? Anyone else have one like this? I really don&#8217;t want to go back to my Celsius unit because there is almost 2*f in each Celsius unit, and I feel I can control temps better with Fahrenheit. 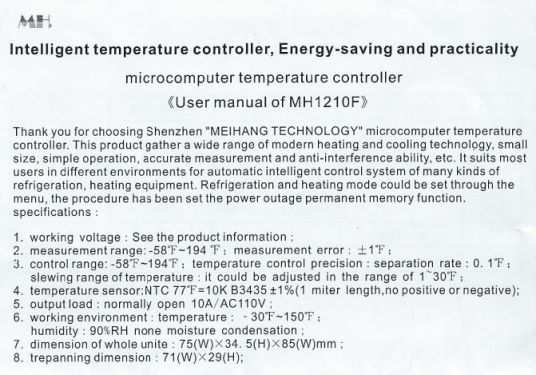 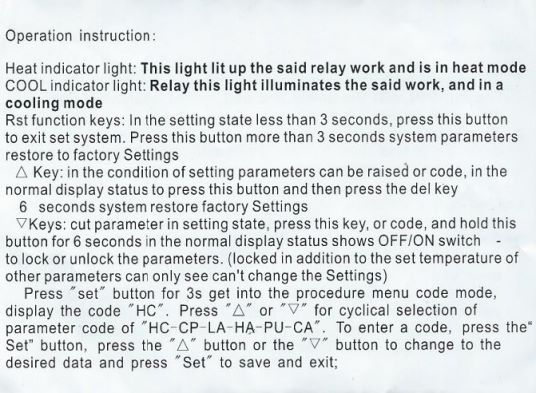 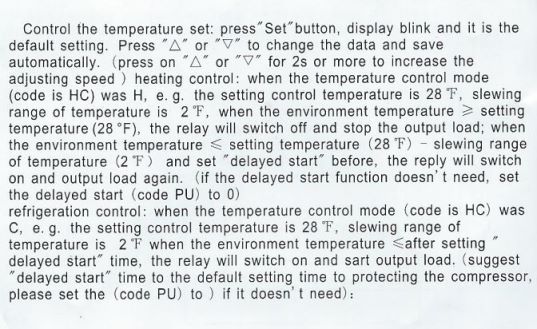 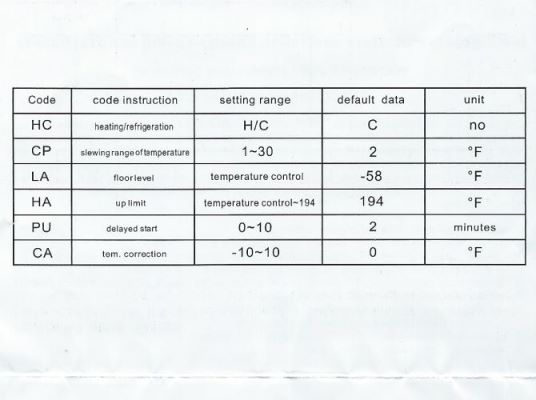 The rest of the instructions... 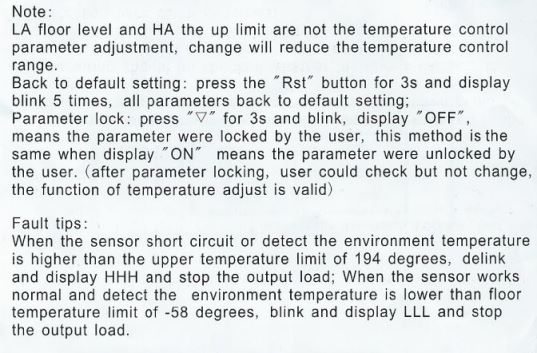 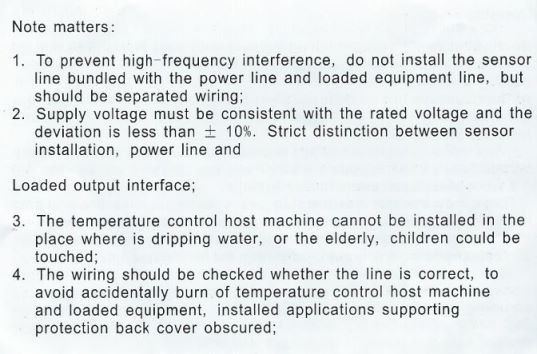 I considered getting on or those controllers but it looks like they are only single stage, so you can't have a heating and cooling circuit. I guess the confusing instructions are another reason to ditch that controller.
OP

Yes dual stage would be better, but in my case single works. I only need to keep my chamber a few degrees cooler than my room temp. I just cant understand these &#$%#% instructions!
OP

T
How to figure out ABV

How to figure out how much water to add.

D
How to figure out sparge water quantity?