Quick one. I love Yosemite. your up @duncan.brown

OK, this is not quite a skyline, but it is emblematic of a city... Where am I? 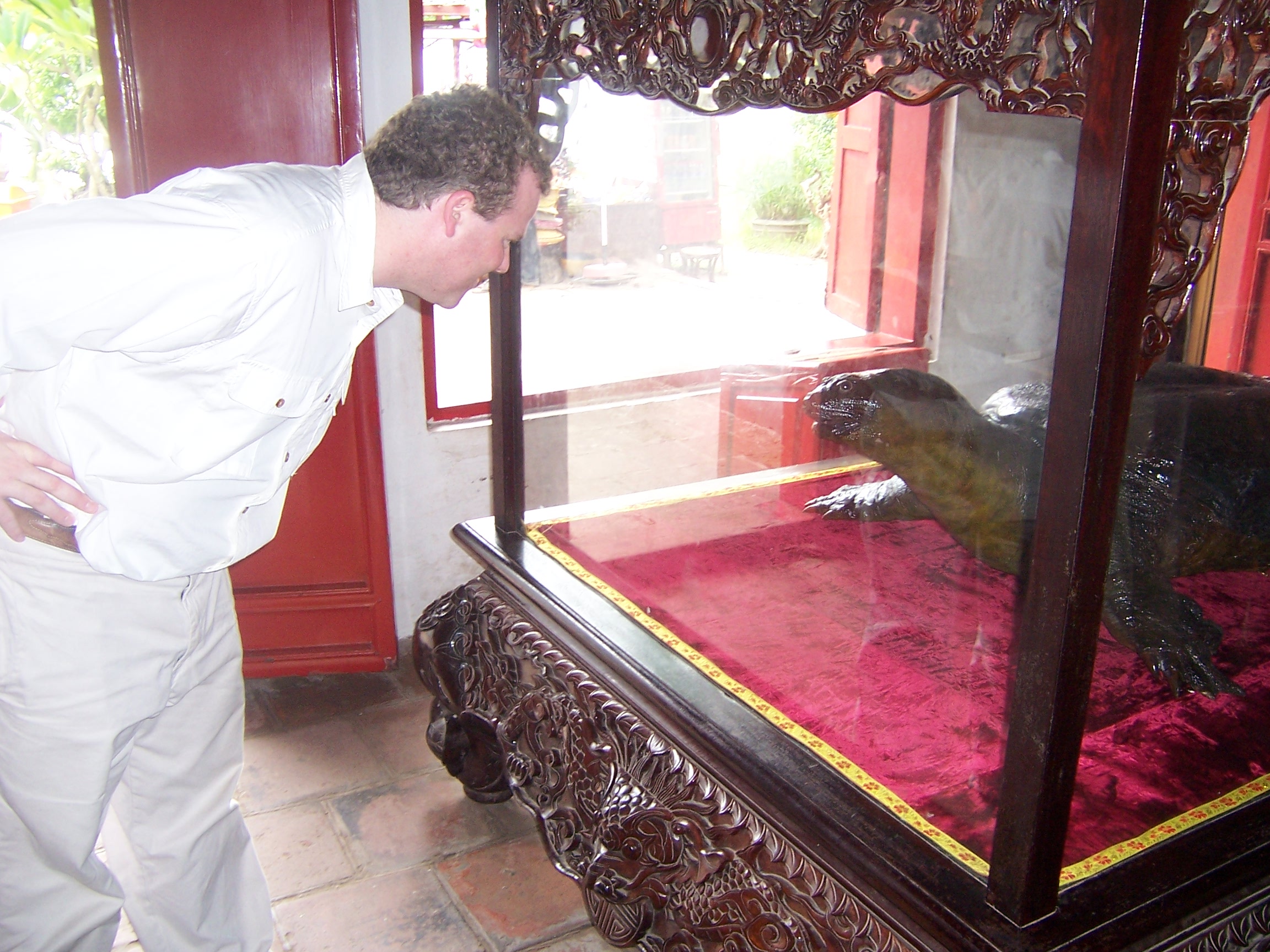 duncan.brown said:
it is emblematic of a city...
Click to expand...

So I Googled "city symbolized by tortoise": 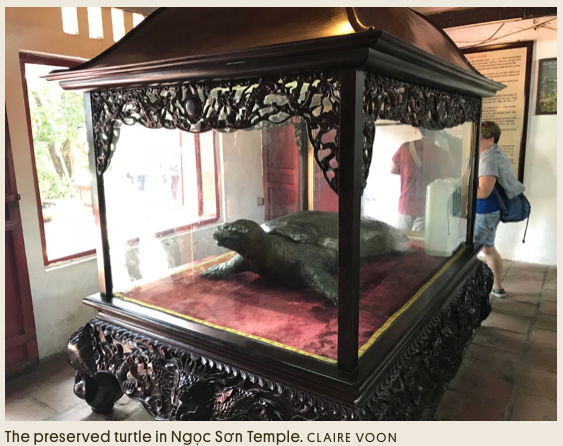 You are at Ngoc Son Temple, Hanoi, Vietnam

(and my picture doesn't have that missing piece of trim on the upper right.)

Hanoi, Vietnam it is! I was going to post this picture, but the tortoise seemed too good to pass up. 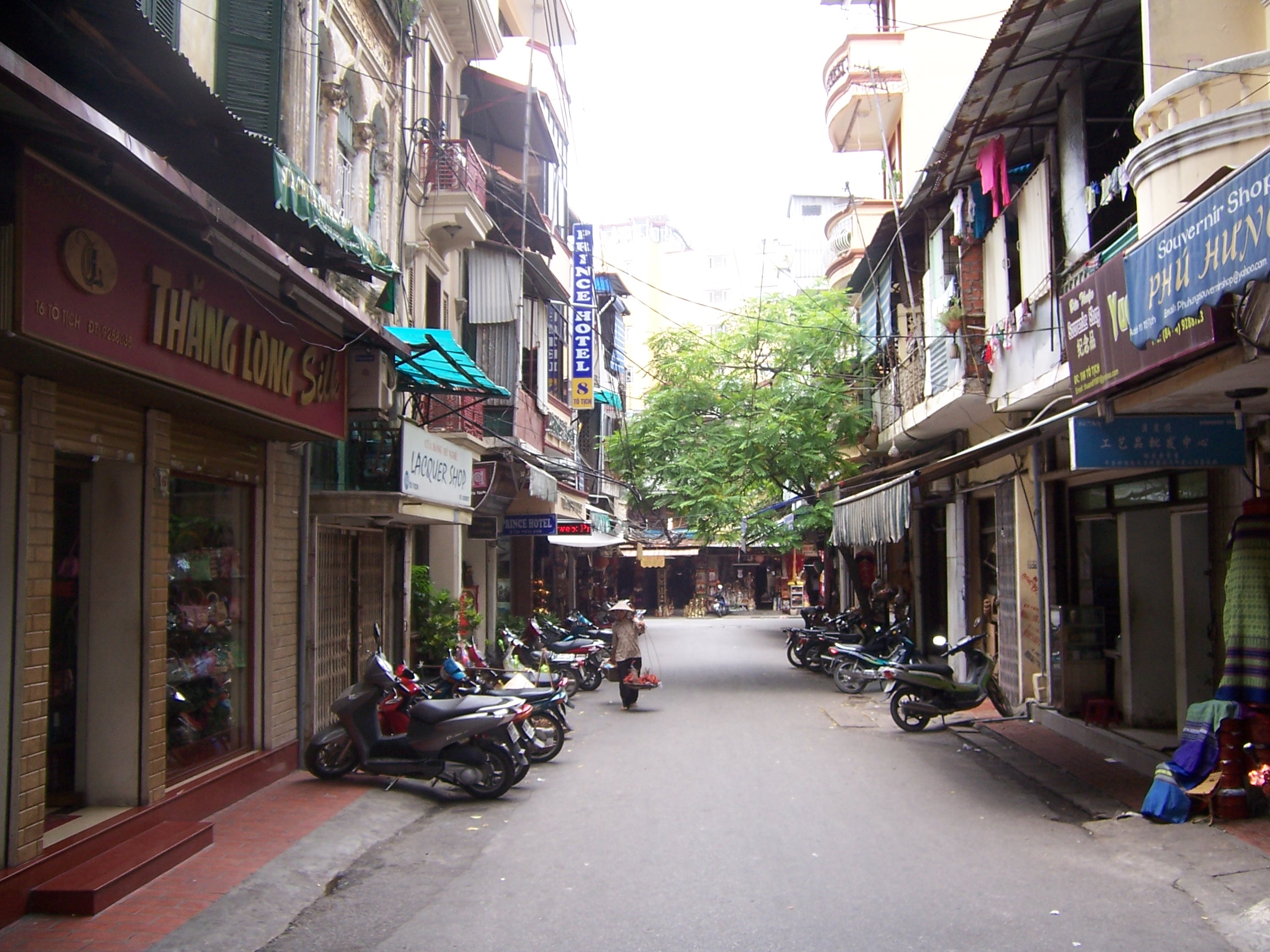 Interestingly, when I google “city symbolized by tortoise," I get Columbus, OH...

This is not a city emblem, but, if you've been here and seen this, I think you'ld remember it. Oh, and it has some skyline: 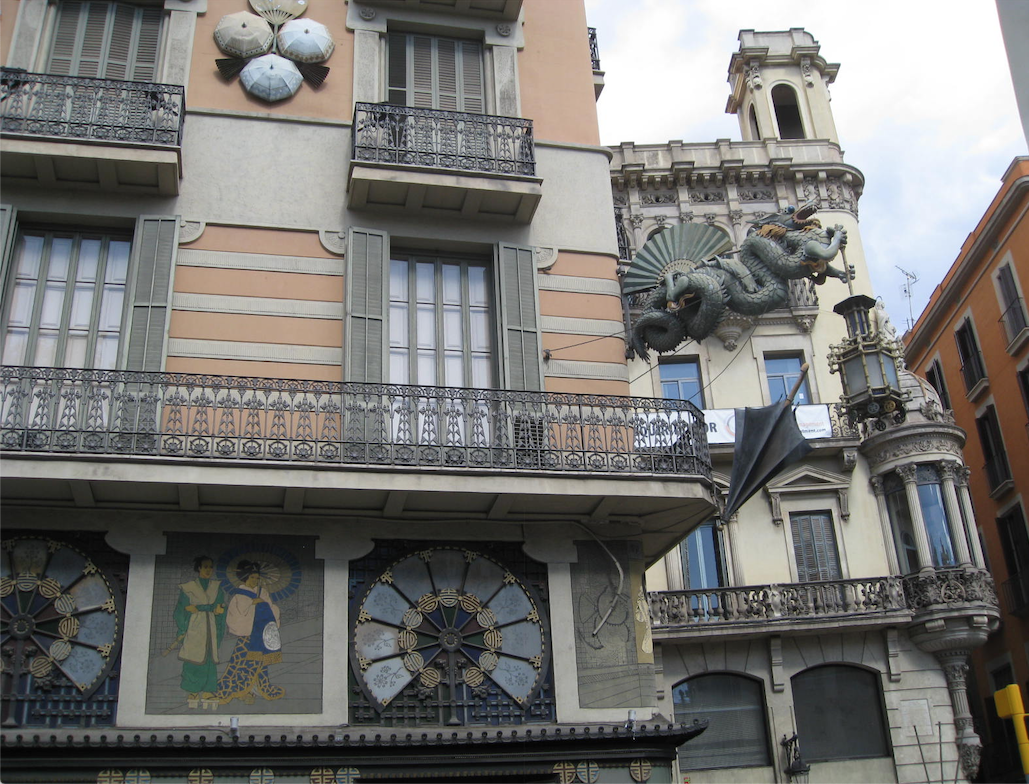 duncan.brown said:
Interestingly, when I google “city symbolized by tortoise," I get Columbus, OH...
Click to expand...

and now I get: 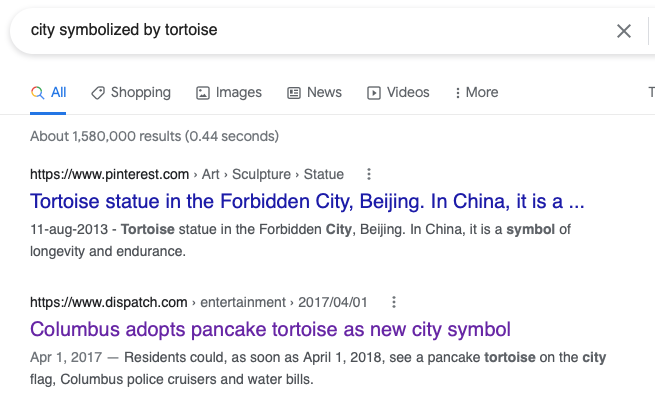 Apparently I have no idea what I actually did. If I remember correctly, Columbus was there, but my obvious choice had to do with China and Vietnam. Not on this screen though.

Anyway, it is Barcelona. Can you imagine a store just for umbrellas with that kind signage? You're up @beermanpete.

The pho is Columbus is not nearly as good!
D

duncan.brown said:
Interestingly, when I google “city symbolized by tortoise," I get Columbus, OH...
Click to expand...

Okay, this was bothering me so a poked around. (At my age forgetting things becomes worrysome. ) It looks like I used "turtle" instead of "tortoise" in my search:

Our google histories are clearly different

Nice. A few short games after a long one. Let's see how this one goes. 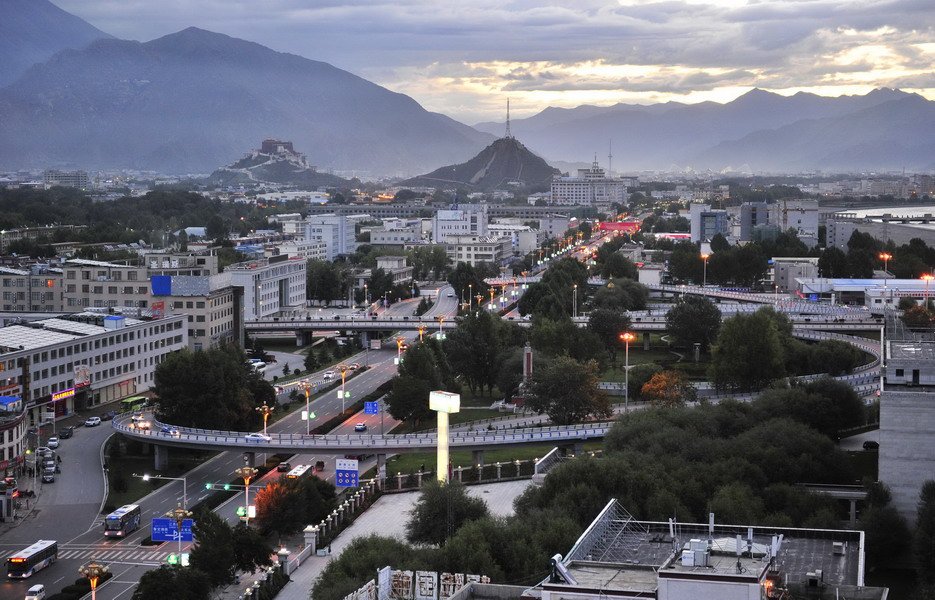 Wow, can't believe that other shot was Barcelona. I'd never have guessed. Is it like their equivalent of San Francisco's Chinatown?

As for the new shot... China? A city in the part of it nearing Mt. Everest?

Those are some serious mountains and the signage is clearly not from the US.
D

tracer bullet said:
Wow, can't believe that other shot was Barcelona. I'd never have guessed. Is it like their equivalent of San Francisco's Chinatown?
Click to expand...

Not a Chinatown. It's on La Rambla, the big wide boulevard in the center of Barcelona.

tracer bullet said:
As for the new shot... China? A city in the part of it nearing Mt. Everest?
Click to expand...

Not China. Look at that hill on the left. You've seen that; usually from a different angle and mostly of the building, but it is symbolic of the city and country. (And, no, @duncan.brown, it is not another turtle. )
Last edited: May 12, 2022

You are the right track. What is the city?
D

beermanpete said:
You are the right track. What is the city?
Click to expand...

I know the city, but I don't wish to answer. I was hinting at what to look at. I'm hoping someone else gets it.
I probably over stated this not being China. Let's just say there's some debate about it. And that building on the hill is, I think, associated in most of our minds with some place other than China.
As far as i know, I've never before seen that building with anything other than sky behind it. It's odd to see its hill made to look small compared to those things behind it. And, BTW, @tracer bullet, don't ignore your feeling about Mt. Everest.
(Also BTW: Coincindentally, there were separatist parades in Barcelona the day I took that umbrella store picture in 2017.)
Last edited: May 12, 2022

D.B.Moody said:
Let's just say there's some debate about it.
Click to expand...

Sounds like Tibet. When I have a few minutes I'll try looking up temples on hills and such. Someone else will probably get it first.

Searching exactly that yields potentially Potala Palace. That'd be in Lhasa. We're seeing the side of it, or at least the less photographed part. To be sure I looked for any antenna near there and yes, seems to be on the nearby hill Chagpori. Finally noticed the river in the top right of the photo and was able to find the highway loops that are the curved roads in the picture.

@tracer bullet has it! It is Lhasa, Tibet. That is Potala Pakace on the left hill. Home of the Dalai Lama when not in exile.

Hope this isn't too obvious.

Yep. Too easy? Either way, your turn.

I just put in the two words, with no long and thoughtful comment, because I worried I’d get pipped by other fleet-fingered colleagues, as I have in the past. Anyway, I just googled something like “tower like disco ball” and that was the first hit. Easy, but not because I was familiar with it. No thoughtful comments.

Since we’ve drifted away a bit from the original rules, I propose TWO pictures (one with hardly a skyline) and ask you to identify both. Pointing to the cities gets you the win, giving more context gets you extra bragging rights.

Both shots are mine, from 2022. One is a drive-by, crooked and with my finger in the lens.

Not Paris, not Las Vegas. One country is right, though it may not be the one you suspect. And the connection with Paris is strong, but also in an unexpected way.
D

Well, the first picture in the French Ambassador's residence in Washington D.C.. The statue is draped in the Ukrainian flag as a show of support.

The second is a Havan store, a big box retailer in Brazil. The guy who runs the company apparently has a thing for American culture/shopping culture and was/is inspired by capitalism and Las Vegas. He puts these statues if front of the stores. This store is in Oscasco, Sao Paulo, Brazil.

That was excellent, @D.B.Moody. You’re up.

There’s even a Replicas of the Statue of Liberty - Wikipedia page.

Yes, the one in front of the ambassadors’s residence was unveiled just last year, and draped with the flag last month. The one in front of the department store is but one example of the many now scattered around Brazil. There was a recent incident with another one of them, blown over by strong winds, resulting in this rather troubling image.

My stoke of luck in that hunt was when I realized I couldn't match your picture to anything I was seeing and decided to search for Havan stores by city. Naturally I started with Sao Paulo. The luck was that Google didn't care if I meant city or state, and the first store on the list was the one in Oscalsco. 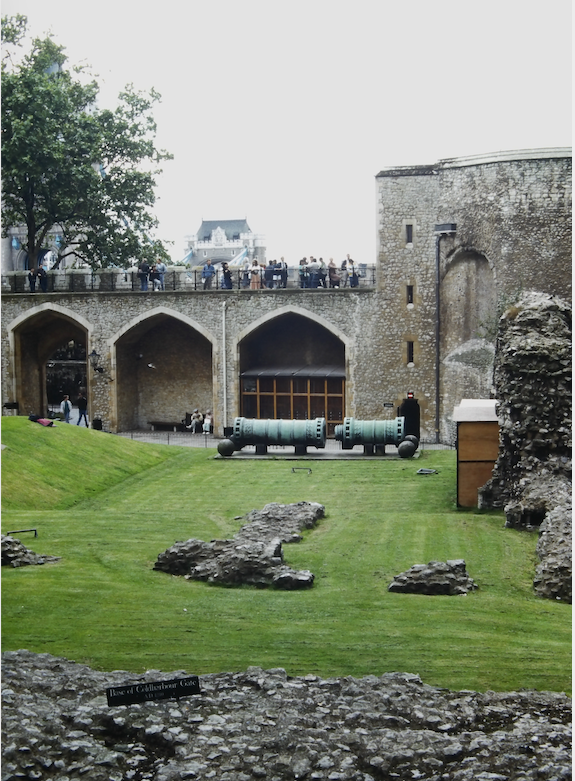 Looks like the Tower of London to me. With Tower Bridge in the background.
D

Tower of London it is You're back up @Andres Falconer.

I’ll play by the rules this time. And stick to the theme.

Andres Falconer said:
I’ll play by the rules this time. And stick to the theme.
Click to expand...

Random guess - one of the Crusader castles. Acre?

Bringing the theme back to beer a bit, did you know that the Tower of London has its own pub just for the Yeoman Warders? It's in the bit closest to Tower Bridge and yes, it does stock Beefeater gin... (but entry is only for the Beefeaters and their guests, a friend of a friend used to play rugby with one so we got the private tour, Ceremony of the Keys, the works)

Good guess and great beer trivia about the ToL. But not Acre, and the crusades were just about done and dusted in this part of the world when this ruin was built.

So fringes of the Crusades and enough fighting after them to justify building A Big Castle - sounds like Turkey?

Northern_Brewer said:
So fringes of the Crusades and enough fighting after them to justify building A Big Castle - sounds like Turkey?
Click to expand...

Not Turkey. Not that front of the Crusades, which had a different name on that end.

Not York, not in the UK.
You must log in or register to reply here.

Fellowship of the Drink XXVII: Welcome to the Club
4 5 6

Fellowship of the Drink XXII: Dry Hop with a Vengeance
7 8 9