D.B.Moody said:
You are correct. Busch bought the cabin after it had been used at the St. Louis World's Fair by a coffee company. (They had moved it from Webster Groves where it had been moved by some real estate developers.) Busch had it erected on his estate property facing Gravois Road just west of the creek that Grant Road runs along. The whole thing became Gran't Farm. White Haven, the plantation house of Grant's in-laws, is east of Grant road and south of the Clydsdale pasture. BTW, as if all of this wasn't BTW, Grant met his wife because he was invited to the plantation by his West point roommate, Frederick Dent. Dent, who had remained in the Army, became Grant's Aide-de-camp in the Civil War after grant rejoined the Army.
You're up @InspectorJon.
Click to expand...

Looks Roman, could be Greek or Egyptian but feels more Roman.

There's date palms on the left horizon, which implies we're probably not in Europe?

And there's a modern cut-out image of a human behind the third pillar on the right, which makes me think we're probably not in a Muslim country as Islam isn't too keen on depictions of human figures.

Also all the visitors are in Western dress, which you probably wouldn't see in a Muslim country.

So Roman, not in Europe and not Muslim doesn't give you too many options until you come round to Israel?

Roman & Israel are both correct.

Beit She'an it is. @cmac62 is up next.
View attachment 1643394388357.jpeg
One of the more popular and fascinating parts of the city was the public latrine with its plumbing and flowing water to remove waste from the city. The development of this kind of facility was crucial for being able to create a large, healthy community. 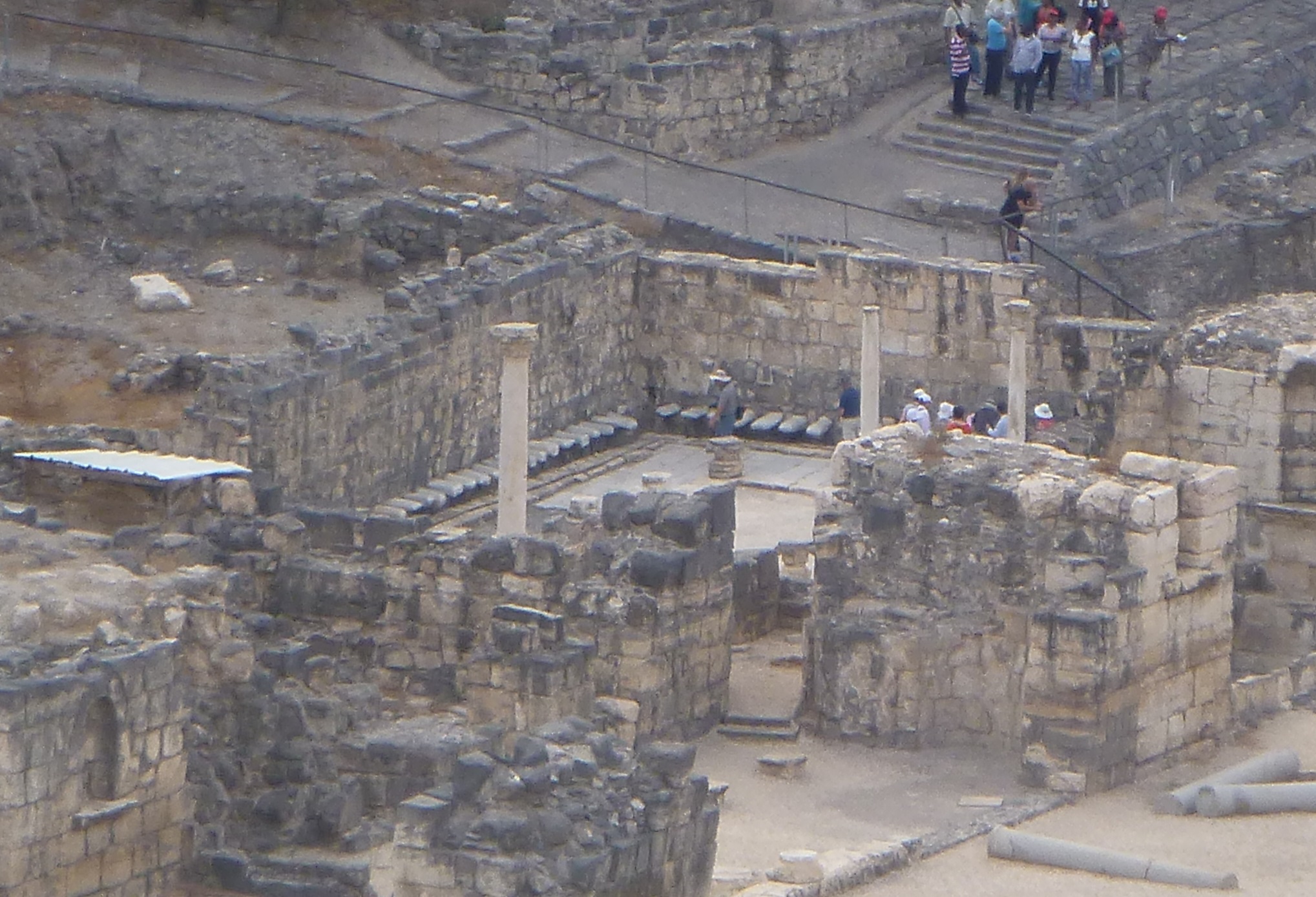 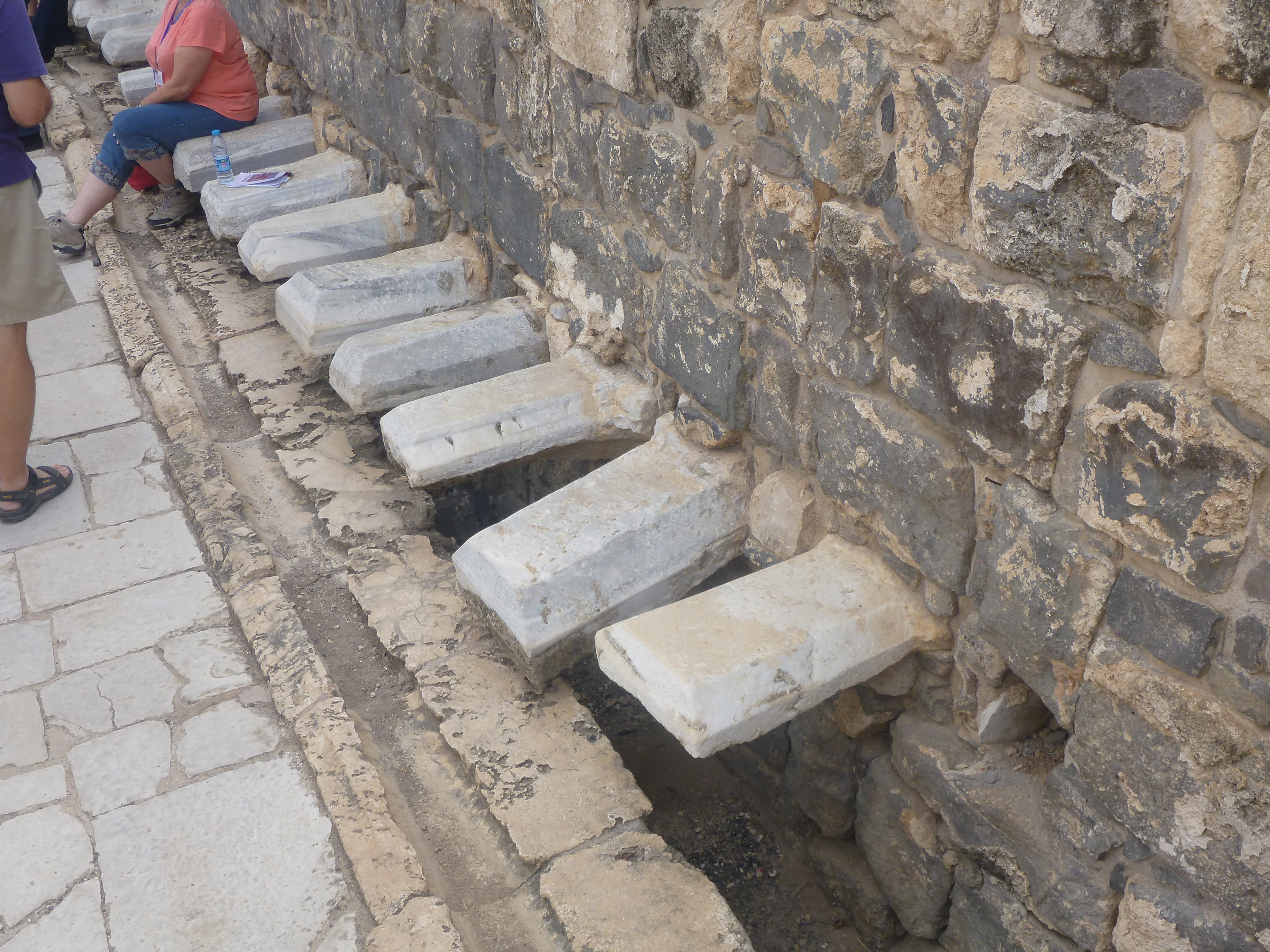 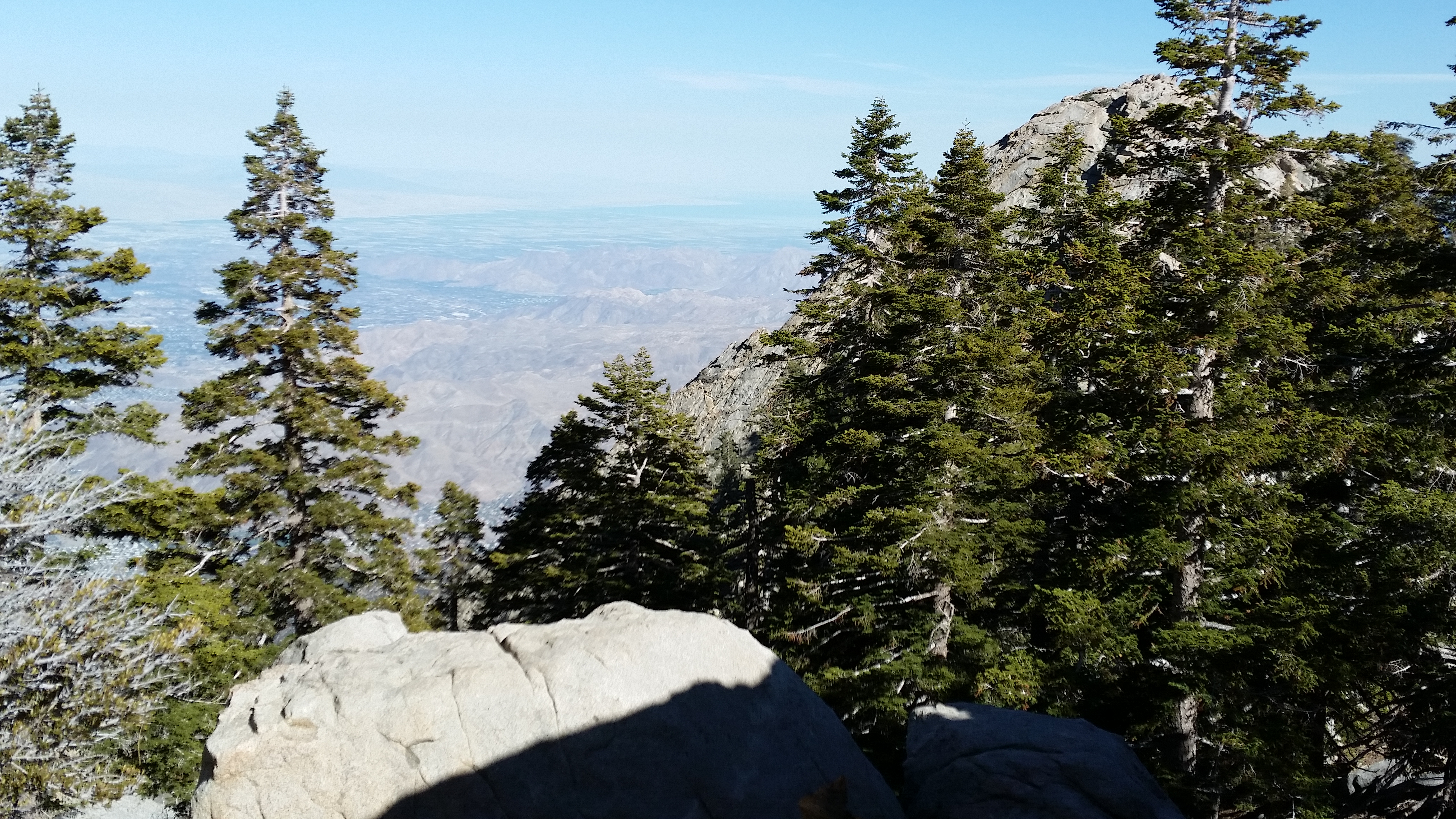 Here is one I took a couple of years ago.

Once I new it was Roman and Isreal I googled thos with Colonnade and then looked for the 2 broken, 3 full and 2 broken pattern.

I expected the Rockies to be a little rockier than this. That John Denver is full of $#!+, man.

Are we in/near Yosemite?

Looks to me like a big hole in the ground.

3 Dawg Night said:
I expected the Rockies to be a little rockier than this. That John Denver is full of $#!+, man.

On the way up to Mount Whitney?

Konadog said:
On the way up to Mount Whitney?
Click to expand...

Closer, but not quite right.

Southern Sierra Nevada mountains, appears to be looking east or southeast. Perhaps that is Las Vegas on the horizon. Or one of scattered small towns along 395?

I can't quite place it exactly, but I think the picture is taken from the San Gabriels looking north towards Palmdale.

I thought that at first, but the escapement of the southern Sierra looking east is pretty dramatic and you don't really get the foothills that you see in the center of the picture. Definitely Southern California, though.

Its looking at one of the So Cal Valleys.

OK, this one is driving me nuts. I recognize that v in the foothills, but I just can’t place it.

Are we in the LA basin?

Idyllwild is closest yet. There are two views from this particular area.

Mount San Jacinto looking towards Palm Springs? The other view being towards the Inland Empire?

Was this taken from the tram on the way up?

There's not many places where the pines and chaparral transition to desert mountains like that. I couldn't place what part of the Transverse Ranges it was initially. 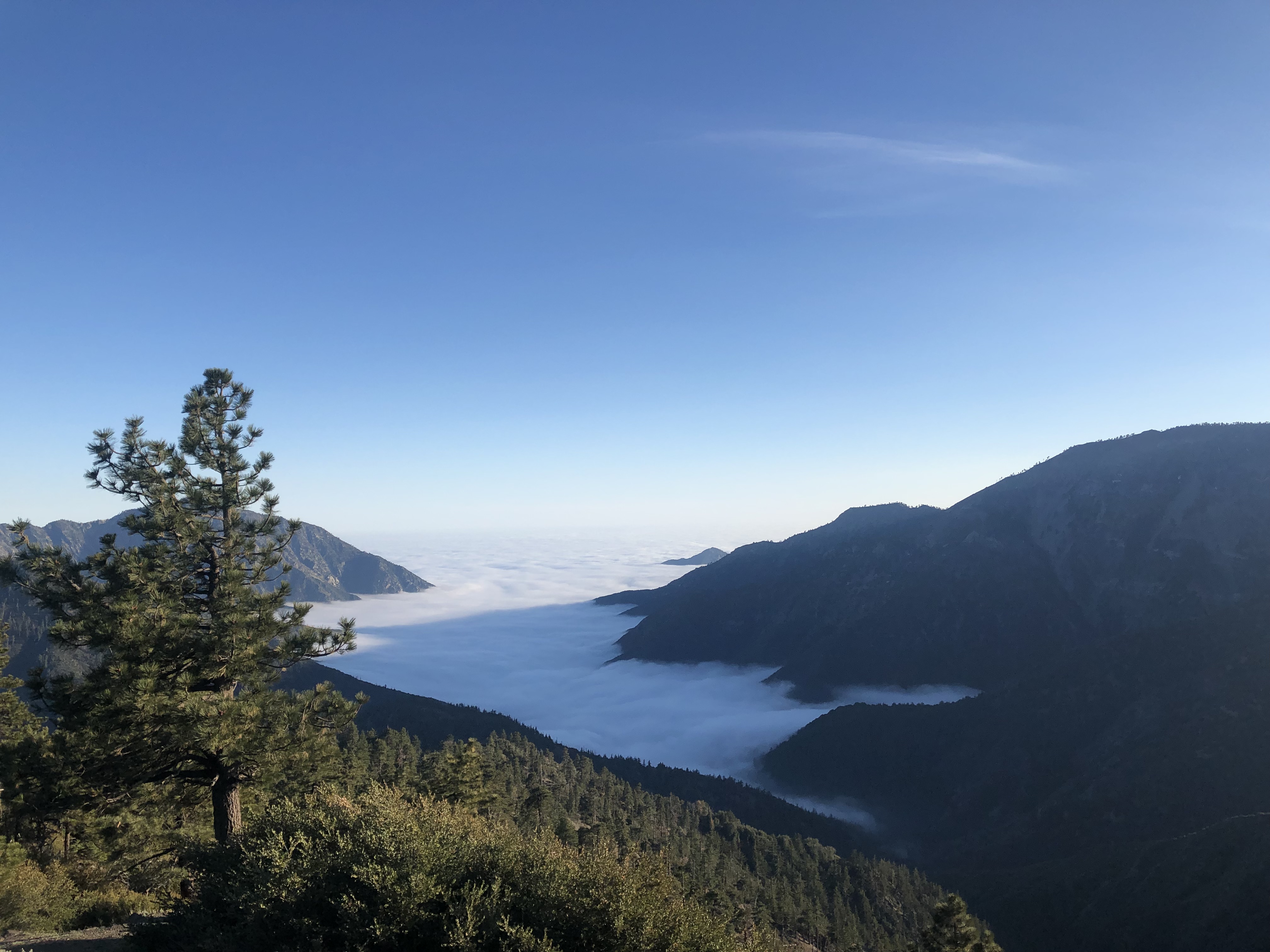 I guess a clue is needed. We’ve not gone that far from the last picture.

The left portal leading to the Frongarian subduction zone on the West Coast of the Atlantis continent on Terra?

Is that from Mt. Whitney?

Los Angeles has inversion layers sometimes. Is this from Mt. Wilson? I don't see any transmitters but...

beermanpete said:
Los Angeles has inversion layers sometimes. Is this from Mt. Wilson? I don't see any transmitters but...
Click to expand...

This is what I was thinking, but I wrote Whitney. Doh!! Yeah, the transmitters could be behind this location looking out towards San Bernardino.

I’ll give it to @beermanpete. It’s the view from the Angeles Crest Highway looking towards the Inland Empire from the Big Pines end of the highway.

I guess that was trickier than I thought. 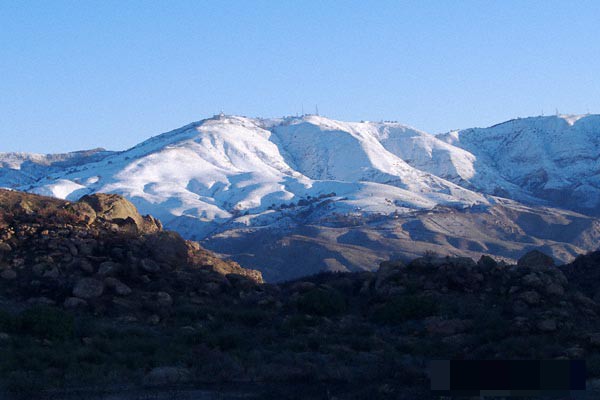 San Gabriels again? Looks like the view towards Mt. Wilson from the Antelope Valley.

Not the San Gabriels. Further west.

Time for a clue?

The shadows on the foothills make it tricky, but it looks desert. Could still be in California, but I'm guessing Mt. Lemmon in AZ?

Not AZ. San Gabriel was closer. It is in the transverse range. The snow is rare in this peak.
You must log in or register to reply here.

Fellowship of the Drink XXVII: Welcome to the Club
4 5 6

Fellowship of the Drink XXII: Dry Hop with a Vengeance
7 8 9