Earlier this summer I decided I was done fighting with trying to add features I wanted to CraftBeerPi (mainly because the project is pretty much dead, among other reasons that I won't go into.). Based on a suggestion from a friend, I decided to replace CBPi with fermentrack & brewpi-esp8266. I'm using a glycol chiller so my controller only really handles turning the chill loop pumps on and off.

Because I already had a semi-operational controller, I wanted to reuse as much as I could. I had stripped and modified an old Power Mac case to mount DIN rail components. 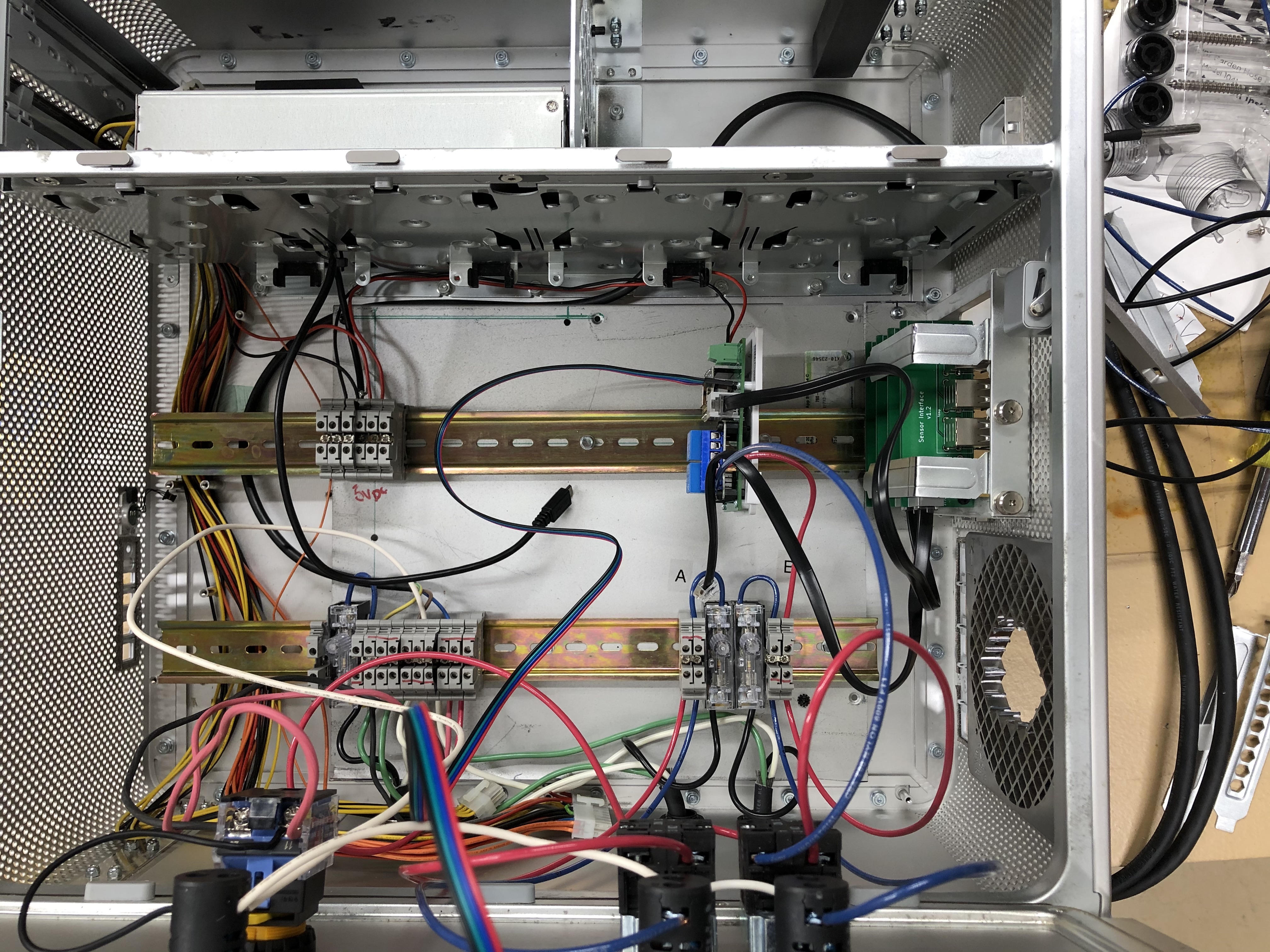 I liked thorrak's PCBs, but I wanted to make things as self contained as I could and I wanted to use the DINr-plate RaspberryPI mounts that I already had. To that end I took his board and refit it to the rPi form factor. I mounted the relay boards to the PCB and flipped the pin header so it could be hard wired to the control board. 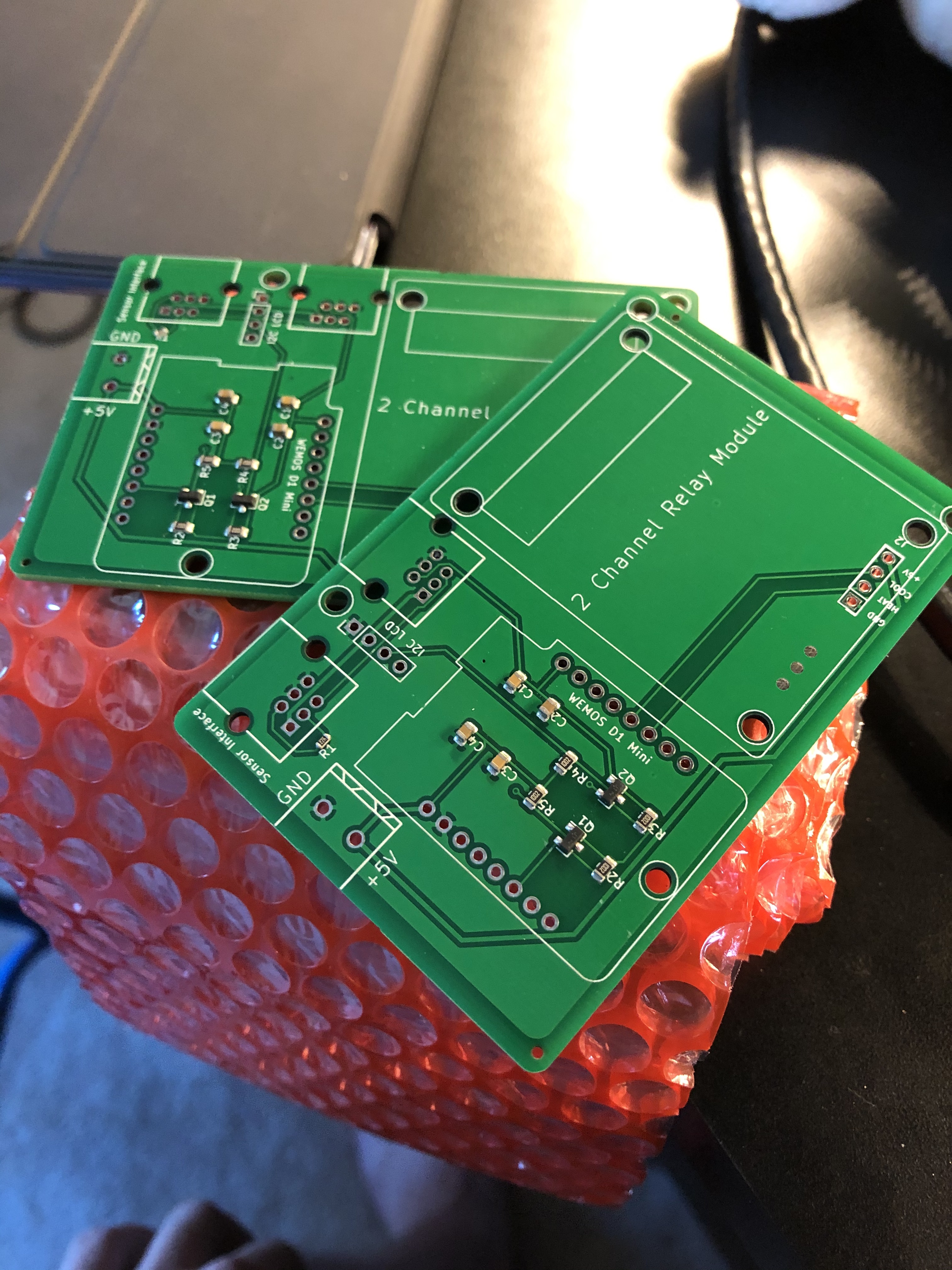 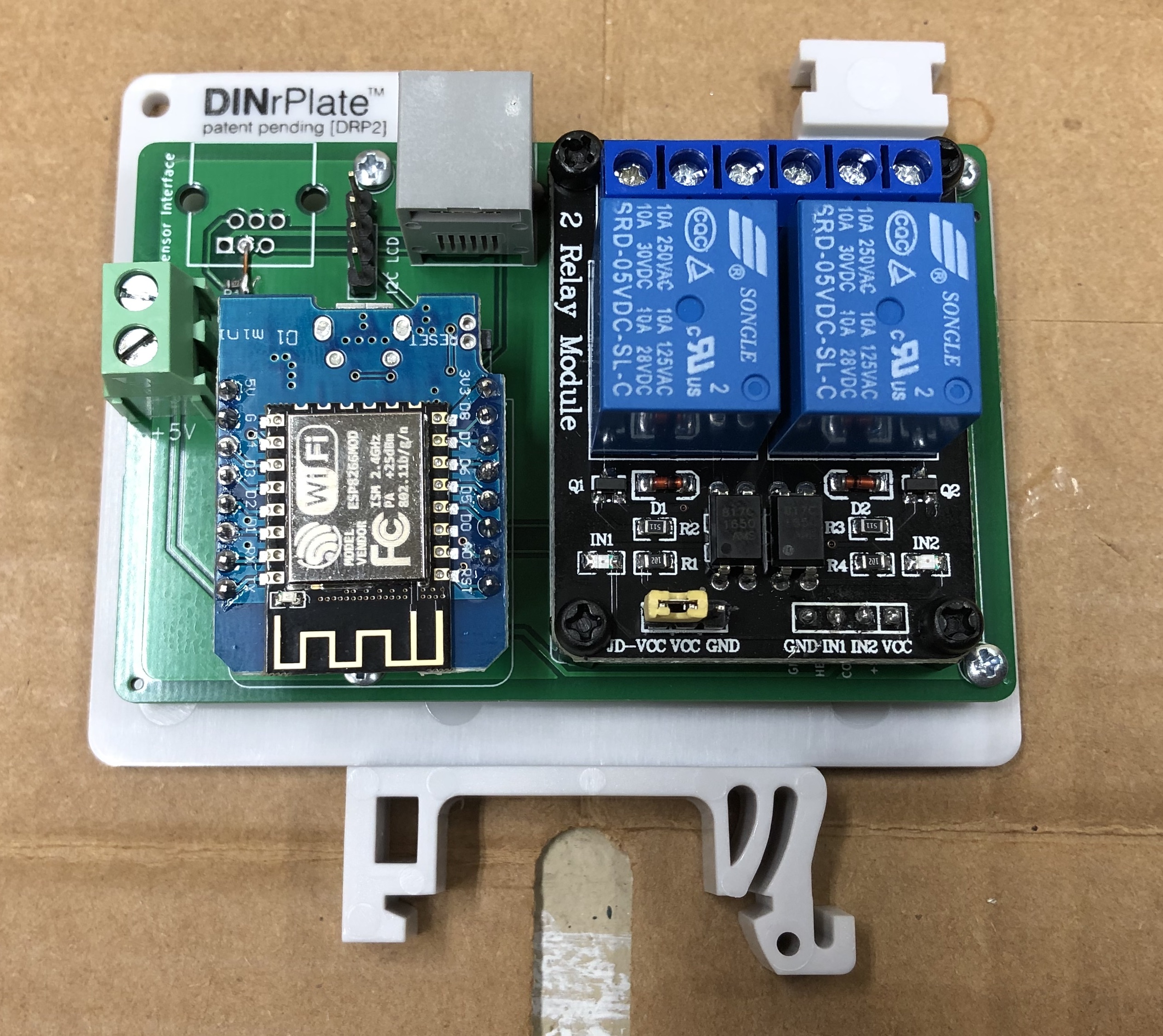 These boards are connected to daughter boards via an RJ-12 cable. The sensor boards are where external sensors come into the case. I used USB connectors because they are designed to be hot plugged, and with double high plugs I could get the density I wanted. 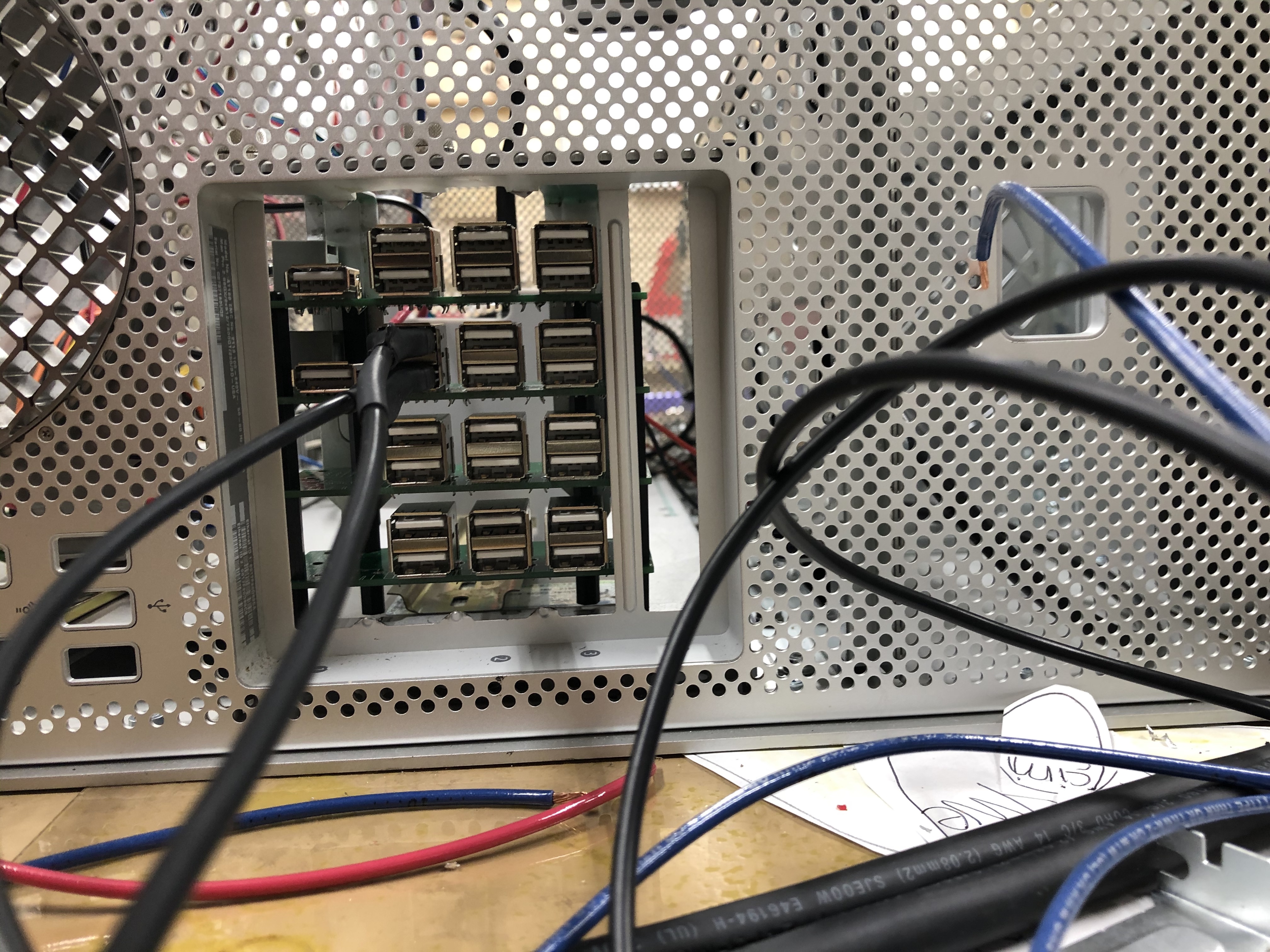 I mounted the LCDs in the "panel" (the side of the Power Mac case). To make some bezels I painted some plexiglass I had laying around. I masked off the center so that the display is visible but protected. 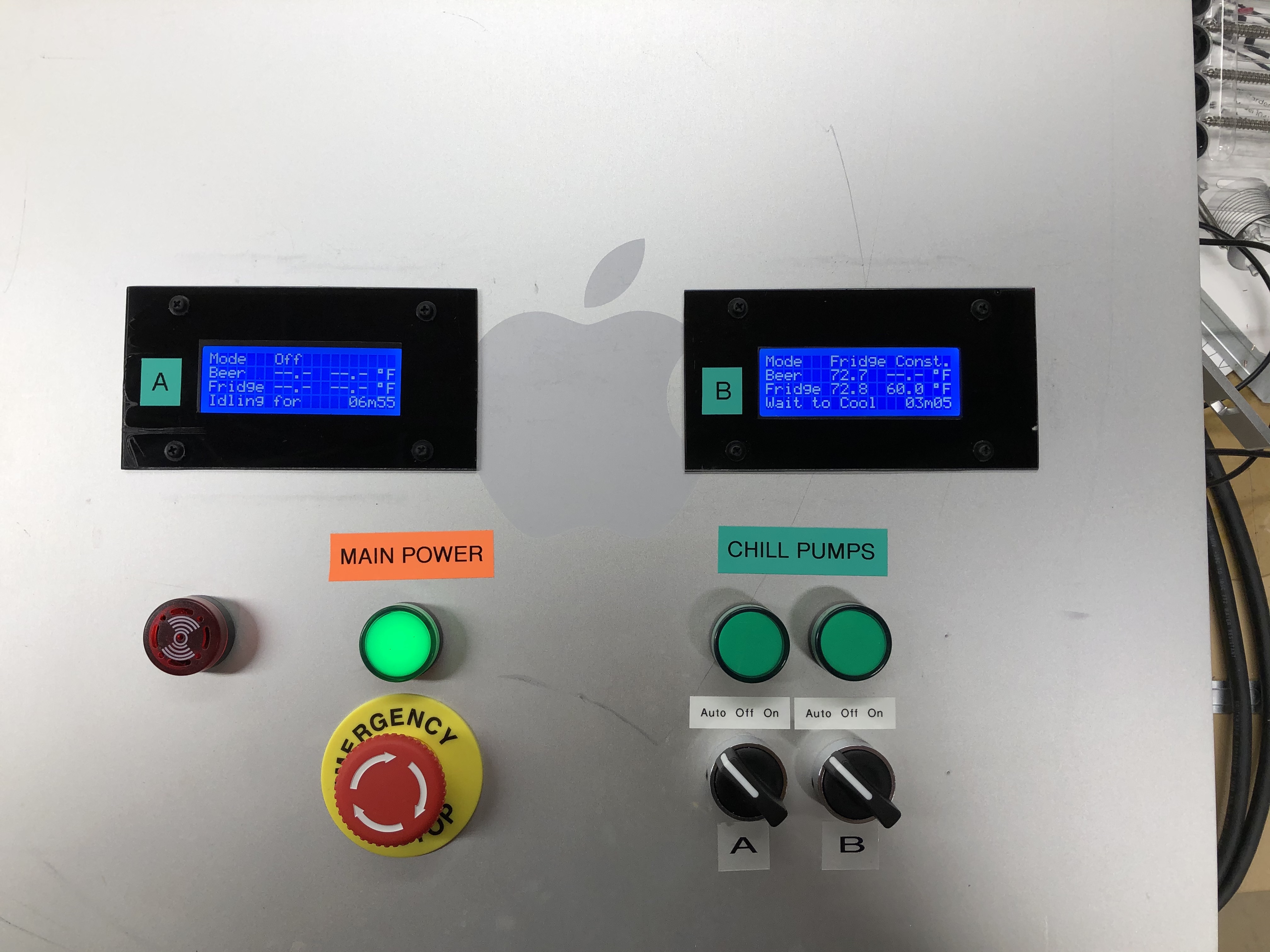 This is still very much a work in progress, but at this point things are usable. I've been working on some modifications to the brewpi-esp8266 firmware so that I can record readings off of sensors that aren't used for process control. I have a sensor stuck in my glycol tank and in the output of the jackets from each fermenter. I'd like to log this data so I can track how well I'm transferring energy into the coolant. I'd also like to make a few cosmetic changes to the firmware for glycol use. Right now the fermenter is tracked as the fridge in fermentrack. Making the terms mach reality would be nice, but right now it's not getting in the way of the real goal of making beer.