I am a huge Mandy Patinkin fan, and this could be his most profound contribution to society...

Love this. Anyone that thinks "Dogs just can't get it" is clueless

[edit] Checked in with youngest son and the mother of our youngest grandson, and she informed me that at 15 months they have been well into the whole "meal time negotiation" thing for some time now. In the wee lad's case he favors berries over veggies. I kissed her on the forehead and wished her Good Luck
Last edited: Jun 8, 2021

the greatest 70s band you never heard of

The phrase "I've seen Grandmas that play drums better than you!" is now a reality...

This is so cool! The fly in the ointment is proliferation

the way people drive, I hope we NEVER get flying cars

GrogNerd said:
the way people drive, I hope we NEVER get flying cars
Click to expand...

Snark_Wolf_Brewing said:
The phrase "I've seen Grandmas that play drums better than you!" is now a reality...

Danny Carey is amazing. I saw Tool last year, last show before things shut down. It is like he has 6 arms and two brains.... And he is so casual about his drumming... And I love where he plays with school kids. .

Speaking of The Princess Bride (yes several posts ago) I just watched the Princess Bride Home Movie version and it is just darling. Huge fan of the movie and this was just perfect. Loved that it was done for a good charity and very well done. <iframe width="560" height="315" src="" title="YouTube video player" frameborder="0" allow="accelerometer; autoplay; clipboard-write; encrypted-media; gyroscope; picture-in-picture" allowfullscreen></iframe>

how people who take vertical videos make a sandwich 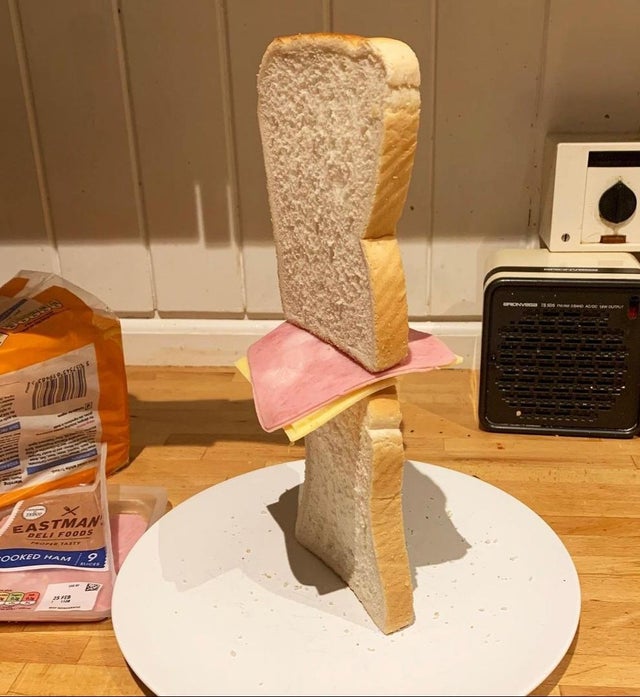 This is so cool - and a bit spooky! Love the cockey move at the end

"The Matrix Resurrections" trailer!
I know, it's not for everybody, but for the hard-core it looks pretty cool!

day_trippr said:
"The Matrix Resurrections" trailer!
I know, it's not for everybody, but for the hard-core it looks pretty cool!

I'm cautiously optimistic, as a good friend of mine from California already raised the question 'How many movies that use the word 'Resurrection' in the title have really ever been successful?'. That being said, there's already several theories circulating as to how Neo has returned.

Theory #1- He didn't actually die at the end of Matrix 3, and the machines simply plugged him back into the Matrix to keep him from being a further threat to them.

Theory 2#- When Neo met the Architect in Matrix Reloaded, the Architect revealed to him that there had been previous incarnations of the anomaly known as 'The One' and that the Matrix had been "reset" many times before. The Neo that we're seeing in this film, is simply the newest incarnation of 'The One'.

Theory #3- Everyone is still trapped in the dream world of the Matrix and everything that happened in the previous three movies was just the machines mind f***ing them by allowing them to live under the illusion that they've won.

day_trippr said:
I am a huge Mandy Patinkin fan, and this could be his most profound contribution to society...
Cheers!
Click to expand...

I really enjoyed his character in Dead Like Me.

day_trippr said:
Not sure Kentuckians are quite up to negotiating rotaries - especially one that is perilously near some distilleries

They're building a 'diverging diamond interchange' here in Jackson at the junction of Interstate 94 and US-127 just north of town. Just can't wait to hear about the one inevitable idiot not paying attention who manages to turn it into a multi car pileup.

I still get a kick out of that youtube clip

^"Jet exhaust fryin' chickens in the barnyard!"^
One of my all time favorite movies

In a whole 'nuther genre, there's this. I don't know if the buzz I've copped tonight is exceptional or this video is just damned hilarious, but I've been laughing my ass off, and these days that's something...


Yeah, yeah, "car crash video" seems warped, but wth, these are totally warped times, and if someone wants to contribute their personal vehicular Darwin Award attempt for the general entertainment, who are we to judge?

Grandma's skillet 'bout to kill it.

I have proof: this scene -

George Harrison did not do it first

Using flames to fix a flat--who knew? Kids, don't try this at home. 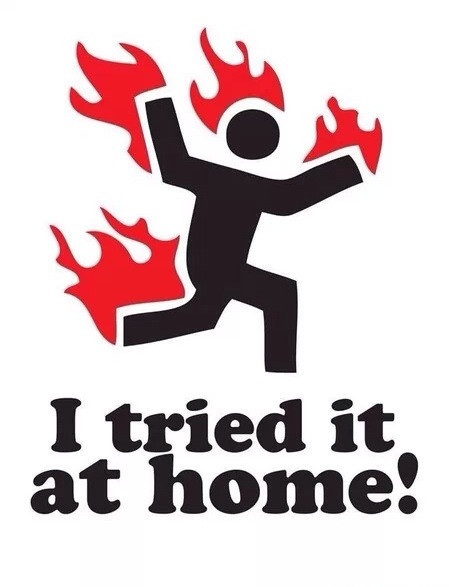 It actually works quite well-if flaming balls of gas don’t make you uncomfortable.

Admittedly not "must see" but at least forum related;

Hockey goal must be seen to be believed!