Hi all. I’m new here. (Former lurker that read but never joined) I have dabbled in the brew arts for some time. Mainly just an extract brewer but some grain brewing. So the situation is on 9-20-2016, I brewed a quad similar to St Bernardus Aby 12. I did what we all normally do and pitched yeast immediately after wort hit 80degrees. Fermentation was explosive so I used a blow off method with a hose and bucket. During the night I had a temp drop and one of the five gallon batches sucked in some water.

Fast forward a month and I noticed what appeared to be mold on the top of the brew so I put it back in the cabinet. And pondered. Well, right after that I got a freezer to store my car boys in while fermenting/aging and long story short I forgot about the other cariboy. I pulled it out the other day and it looks exactly as it did when I put it in there. It smells great. I’d love to boil it to kill any bacteria and force carbonate it. But I’m wondering how risky that behavior would be. It could be awesome, but I guess it could be deadly too. What are the thoughts and comments that you all have.

Are you sure it's mold? Can you post some quality photos?

Boiling beer will pretty much remove the alcohol.

Boiling it would evaporate off most of the alcohol and still not necessarily eliminate the risk of anything harmful (if you really got botulinum in there, which is frankly probably not the case). With botulism, I believe boiling destroys the toxin but doesn't kill the organism, so they can create more. I might have that backwards, but the wisdom I've always heard is that boiling stuff with botulinum doesn't eliminate the risk of infection, and it's more or less a moot point anyway, since you probably don't want a non-alcoholic quad anyway.

Care to show a picture? Your "mold" might actually be a pellicle, in which case you might have a sour quad which might actually be pretty good. I'm not necessarily the expert on what a proper pellicle looks like and it's your own risk if you decide to try the beer on the assumption that it's not a harmful growth, but it might be edifying to post a picture and let some members give their feedback based on sight and not just a description.
Q

Why do you believe it to be botulinum?

If contamination occur after the avb has at 6% or above or after pH was below 4.6 then botulinum can't growth or produce toxins.

You will visually be able to tell if it is mould/filimentous bacteria.

Just going on memory, but relatively certain that botulism requires an anaerobic environment, which is not possible unless you sealed your fermenter.

Regarding your blow off:
What was in the bucket (starsan)?
Did you sanitize bucket, tube, hose first?
OP

RPh_Guy said:
Are you sure it's mold? Can you post some quality photos?

Boiling beer will pretty much remove the alcohol.
Click to expand...

Not sure exactly if mold or not, but some growth of some sort

Iamjacksbrew said:
Not sure exactly if mold or not, but some growth of some sort
Click to expand...

Still can't really see very well. Looks like normal yeast krausen more than anything.
Any chance you could get a photo from the top?
OP

Unfortunately I can’t get any more pics because I took the layer off. It was definitely not krausen. It was soft, fluid, and almost bubbly on top but the part I am referring to as bubbles were opaque with the same coloring as everything else.
OP

To other posts, I don’t believe it was contaminated with botulinum toxin, I was just curious about the odds of it.

It was sealed. No starsan in blowoff water. It was just water. Everything was sanitized. I am very obsessive about that as I don’t want anything adding flavors on me.

I am not familiar with a pericle. This is a new term for me I’ll have to look up

OK.. well it doesn't sound like mold from your description (did it smell like mold?). Mold has a fuzzy appearance.

If it's not mold, it's definitely not botulinum or anything dangerous. 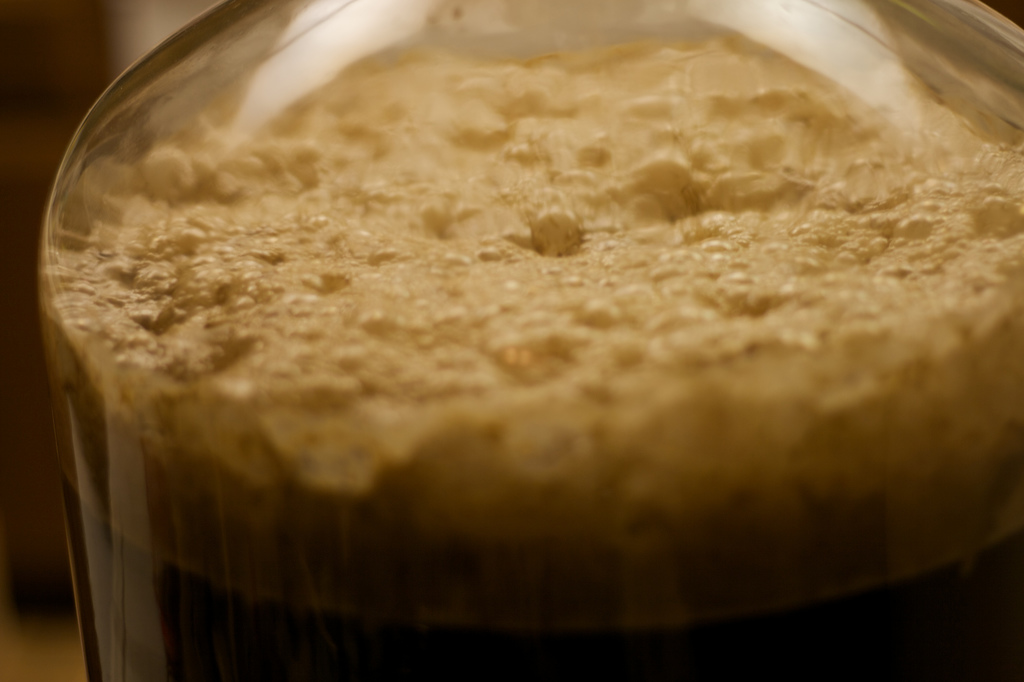 RPh_Guy said:
OK.. well it doesn't sound like mold from your description (did it smell like mold?). Mold has a fuzzy appearance.

If it's not mold, it's definitely not botulinum or anything dangerous.

Thanks for the reply. I am familiar with krausen. I’ve brewed for awhile now. Maybe 6 years. This was not it and I really wish I had some pictures of it. It was strange. It didn’t have a weird smell nor was it fuzzy. I brewed it as a 10 gallon batch and separated into two fermenter. The one that didn’t take on water went as planned. I guess my big thing was that it had sat for two years with that stuff on it.

Oh and it did have a weird film on it.

Botulinum toxin is produced in an anaerobic environment. Canned food (the home-canned kind) is certainly produced under anaerobic conditions. The reason why people pressure-can certain foods is that if you get them above 240 degrees--only possible with pressure-canning or oven-baking--then you kill the spores that produce the bacteria that creates the toxin.

Something else that prevents the growth of those bacteria is an acid environment, which is why tomatoes and pickles, for example, don't need to be pressure-canned.

I wondered a while back why packaged beer--which is obviously anaerobic--wasn't a place where botulinum toxin can be produced. The answer I discovered was the pH of the beer, which is lower than the bacteria can handle.

I seriously doubt you have anything other than a normal bacterial infection, or perhaps mold. Botulism? I would not be afraid of that.

Iamjacksbrew said:
I am familiar with krausen. .... It was strange. It didn’t have a weird smell nor was it fuzzy.
Click to expand...

Good, hope I didn't offend.
Must have been a pellicle, which isn't harmful. It's fine to package if it tastes OK.

RPh_Guy said:
Good, hope I didn't offend.
Must have been a pellicle, which isn't harmful. It's fine to package if it tastes OK.

No offense at all, and after reading and looking at the pics in your links I think I have found my culprit. While no pic looked exactly like what I had I have no doubt it was a pellicle and that must have been co2 under it. So I think I’ll strain it and give it a taste tomorrow to see if the flavor has been compromised. Thanks again for your responses.

Iamjacksbrew said:
So I think I’ll strain it and give it a taste tomorrow to see if the flavor has been compromised. Thanks again for your responses.
Click to expand...

Can't wait to hear back with the results!
OP

Well unfortunately the taste was off. It smelled good but didn’t taste like a quad at all so I decided to move on. Thanks for all the help
Q

Tasted like a quad, what's wrong with that?
OP

Nah, it did not taste like a quad at all.

Your beer sat in that plastic carboy for about 2 years?

How about the 2nd part of your brew, how is that faring?
Q