Hey fellas!!
I decided that I was tired of waisting beer pouring straight foam from my warm lines and finally built this little circulator to push cold water through the loop of beer line I pre installed into my taps when I installed them.
Everything is well insulated including the tower. So my thought was I wouldn't need to have the lines freezing cold, because it is such a short run of less than three feet of line to the end of the loop!! so I through this together real quick last night and shoved it in the keezer around 5pm... 12hours later the pressure and return line aren't even remotely cool to touch like the rest of the beer lines in the keezer.
Its just Small Box So thats Part of the problem!! 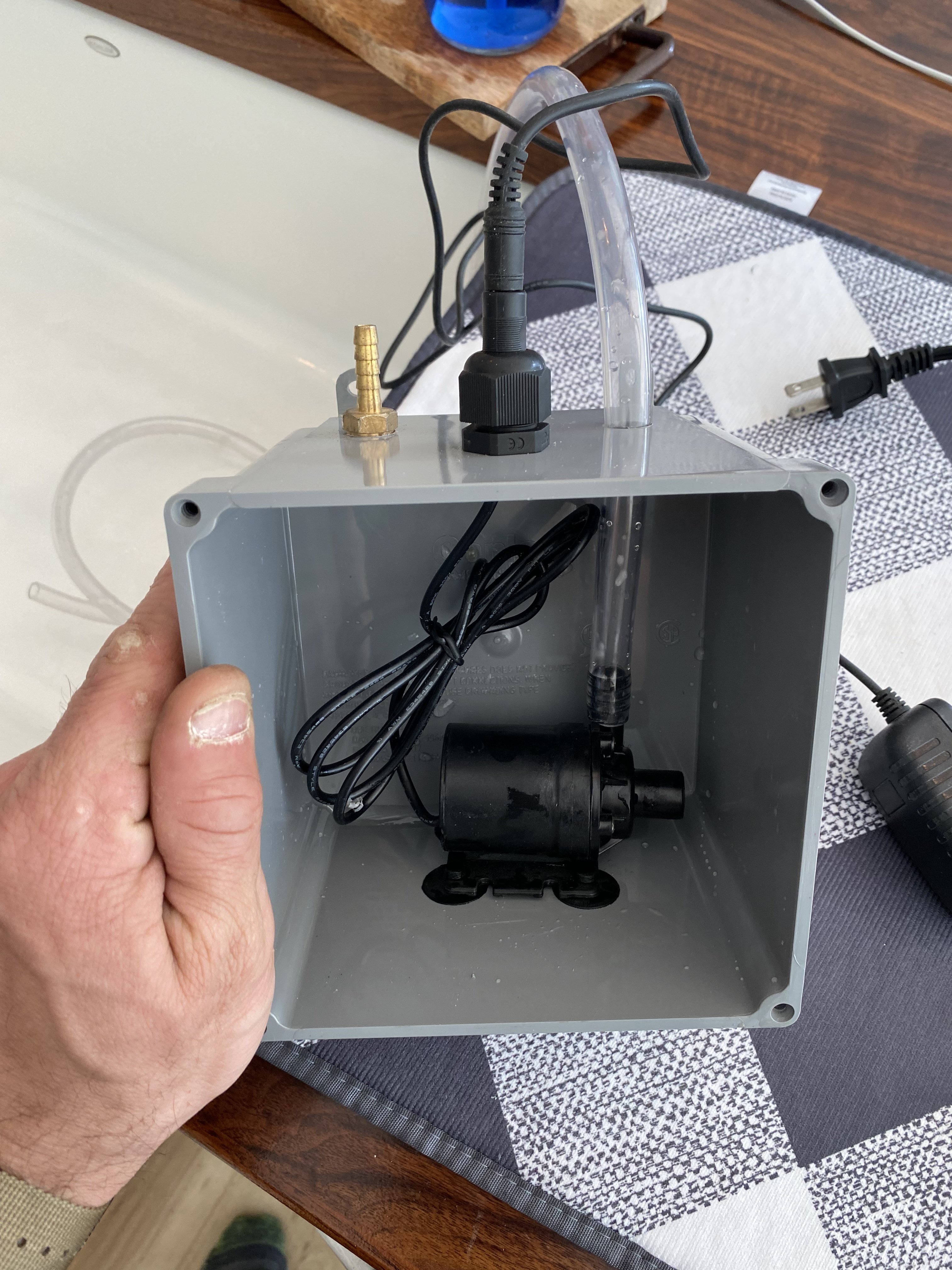 I think the other problem is that it sits up high where all the heat is!! 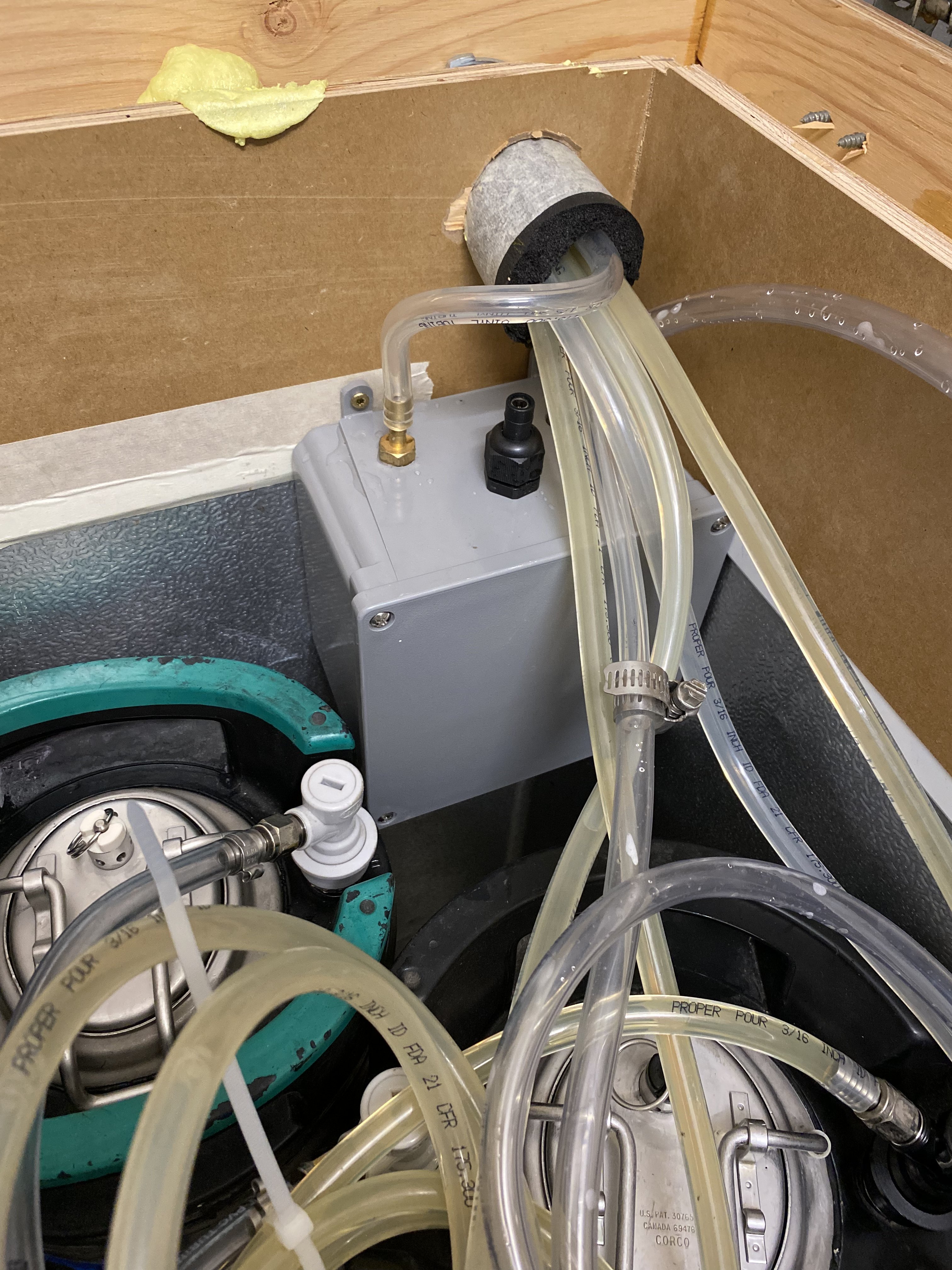 These are the taps. Everything is lined with insulation including the tower 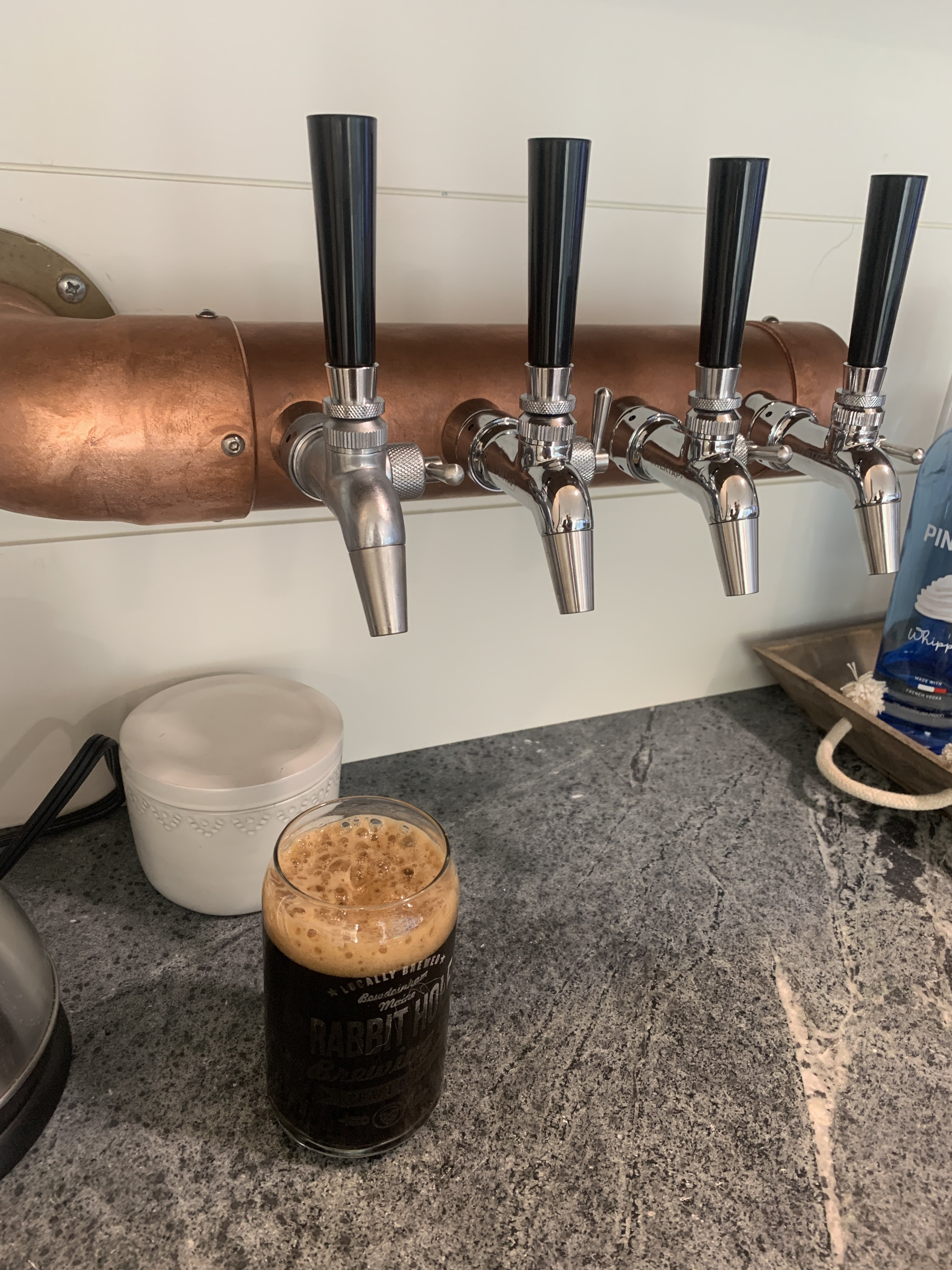 Thanks for any suggestions!!!!

I would think the liquid tank needs to be significantly bigger, and switch to copper tub in the tap tower.
T

I tried something similar recently using the same pump but with a 7 gallon fermonster. The temperature (6 gallons of water) increased 10 degrees overnight. I have a longer trunk line but suspect it was the pump creating heat. I have since moved that little pump into my DIY A/C chiller that averages 35f and the problem is solved.

I can't hear my chiller in the basement but wouldn't want it on the other side of the wall as your setup seems to be. Someone on this site has a small freezer with a glycol reservoir and external pump. That might be a good quiet option for you.
N

RabbitHole said:
I think the other problem is that it sits up high where all the heat is!!
Click to expand...