Looking for an Oktoberfest extract

Yea, we are batching as fast as we can, trying new stuff and learning throughout the way. Anyway, for our 6th batch, we are looking to do something festive. Any ideas, we have not reached the experience nor do we have the time for all grain yet.

Well, a true octoberfest is a lager, and also called a Marzen beer because it's traditionally brewed in March and then lagered in caves until fall. You can still make an octoberfest-style ale, though, even if you can't lager.

Would you like a lager recipe (for a "real" octoberfest that will take about 3-4 months), or an ale recipe that will have some malty qualities of an octoberfest?

If you can't lager may I suggest an altbier. It's a German style "old" ale that was commonly brewed before lagers. I've got one bottle conditioning right now and I cracked one open the other day. It's a very malty amber ale that should go perfect with a football game and a bratwurst this fall. 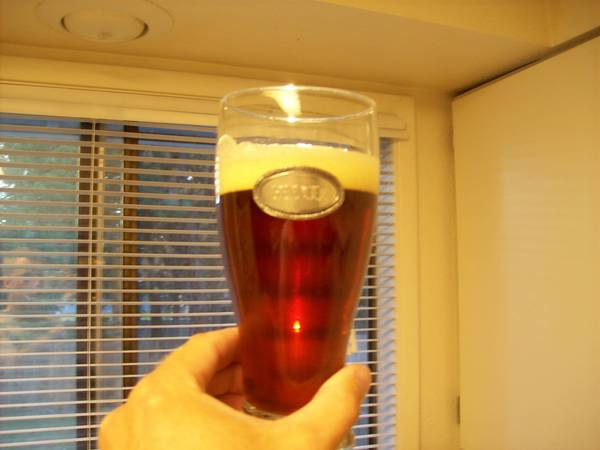 Looking for an ale in the style of an Oktoberfest...

A
Looking for a great Oktoberfest

Looking for an extract recipe.