I've been playing with this idea for a while but hade no smoker to try it with. Then I recently lucked into a fairly inexpensive electric pellet smoker/grill. So for this experiment I used oak pellets, and had the had the grill set to smoke (the lowest setting). The juice was just 6 quarts of Walmart brand juice(nothing fancy yet, just wanted to see if this will work). Frozen in two 3 quart ice blocks. I let the blocks set in the smoker for about 1.5-2 hours, until there was only 2 pucks of ice floating on top. I tossed the ice pucks and had 5 quarts of juice left, so I'm sure fractional freezing boosted the og some. The juice smelled like smoke but it wasn't very prominent in the taste. I was running out of time before I had to go to a homebrew club meeting, so I poured it into a 5 quart icecream bucket and stuck it back into the freezer till this weekend when I have time to get it started. I'm considering fractional freezing it slightly more, so as to get an even gallon since that's the size of fermenter I have.

I will update this as I go. 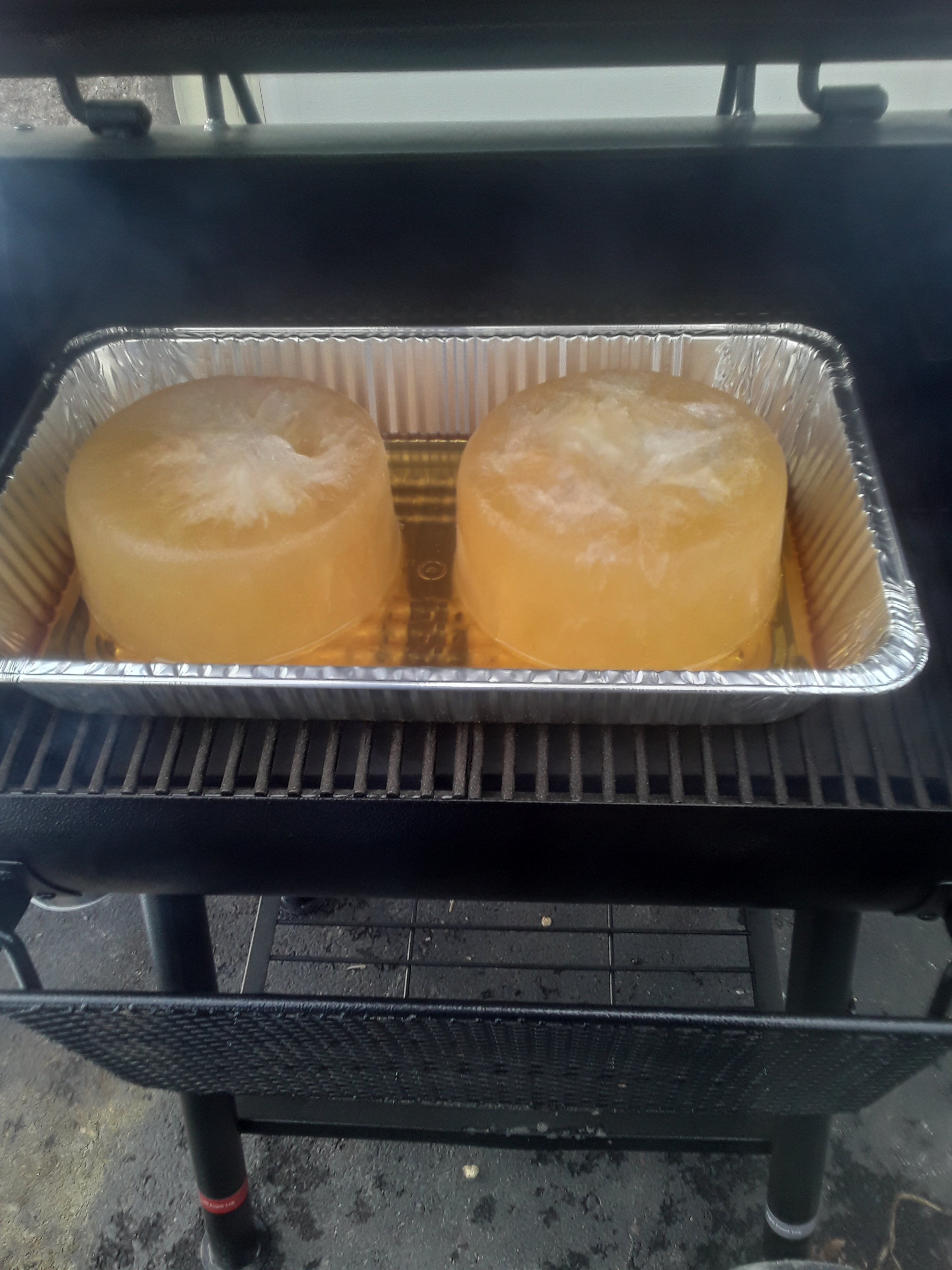 Nice one.
Wild fermentation often give some smoked aroma too, it's not my favorite but it could for sure be enjoyed by some people.
You must log in or register to reply here.