Has any one tried or owned one of these all-in-one systems? I am in Ireland now so many of the systems I have heard of or am familiar with are not available here. Found one site that gave one of their smaller systems (this one is 50l) favorable reviews but can not find any on this system.

Is there eBay Ireland? Did you look there?

How are you at DIY? If you or somebody you trust is good, I expect you can get all the parts you need local. The only tricky bit might be getting a good PID. If you know anybody in the States, can arrange that they send you a birthday "gift" of an Auber PID?

Thanks, I had found another which also ranked the 30l favorably, maybe I should look at it instead. I really enjoy DIY for my beer equipment and in the past made all but the glassware. Was thinking of going electric this time. I have been out of the hobby for 12ish years, lurking here to keep my toes in the water. The problem with ordering parts for a diy project online is the customs, shipping, and taxes that Ireland assesses on goods if the are not purchased from an irish supplier or the EU(UK Brexit stuff).
S

I live in Germany but I'm from Ireland.

In the German beer forum there are several people using a Klarstein XXL.
Here's a whole thread with over 1000 posts - not sure if it's the exact system you are looking at though.

You can maybe do a google translate or at least see some pictures of it in action.

I actually think these are generic systems sold under different names by different suppliers.
So you might be able to find more informtion about some of the other models.
Here's one from The Netherlands for example.

Personally I find these all in one systems a bit overpriced and would go for an 3500w indution cooker and 50 to 75 liter pot.

www.ggmgastro.com
You can start with BIAB and if you get an OK deal on a pot you have a decent system for under 250 euro.

You can also get cheaper induction cookers but the one I linked is very robust and can handel a large pot.
Also the controller is external so if you want to automate it later it's much easier.

If BIAB is not for you then it's common here to use a stainless steel thermoport with a bazooka-like filter.
This would be similar to using an igloo cooler but in stainless steel for under 100 euro.

Even with paying shipping from the continent it would probably be still cheaper than buying in Ireland but you can check.
Last edited: Oct 14, 2021
OP

Perfect! I will take a look at both the sites

rlmiller said:
Thanks, I had found another which also ranked the 30l favorably, maybe I should look at it instead. I really enjoy DIY for my beer equipment and in the past made all but the glassware. Was thinking of going electric this time. I have been out of the hobby for 12ish years, lurking here to keep my toes in the water. The problem with ordering parts for a diy project online is the customs, shipping, and taxes that Ireland assesses on goods if the are not purchased from an irish supplier or the EU(UK Brexit stuff).
Click to expand...

What happens if a friend sends your friend in USA sends you a birthday present? Do you pay tariffs and all that jazz on a box? If so, it might be worth it to pay a tariff on a $75.00 an Auber PID.

i am going to think that you can get heatsinks, SSR, switches, DIN rails, project boxes, etc in Ireland and within the EU.

Looks like there is an eBay Ireland. Here in the States, the sellers on eBay know how to get deal with all that import and tarrifs stuff.
OP

Never seem to think of ebay anymore, will check it out also
S

Amazing how similar all these "different" all in one system look.
Apart from the branding, some subtle differences but all very similar. 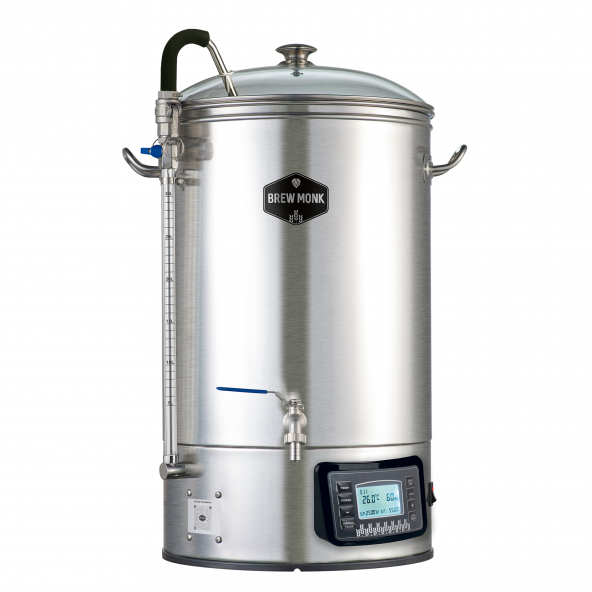 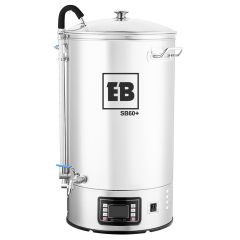 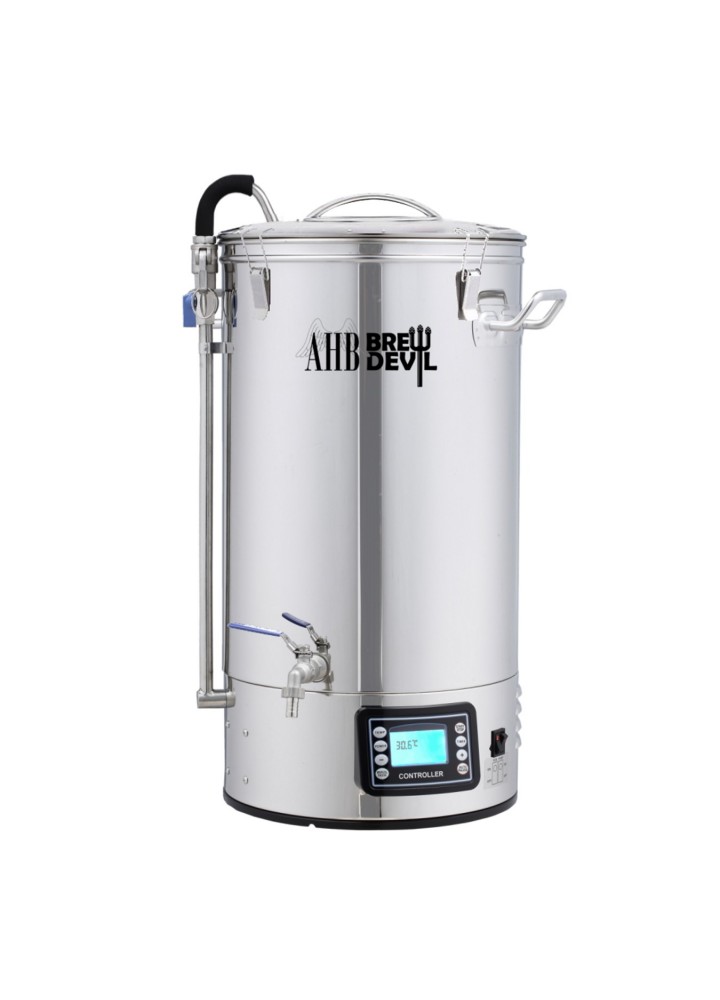 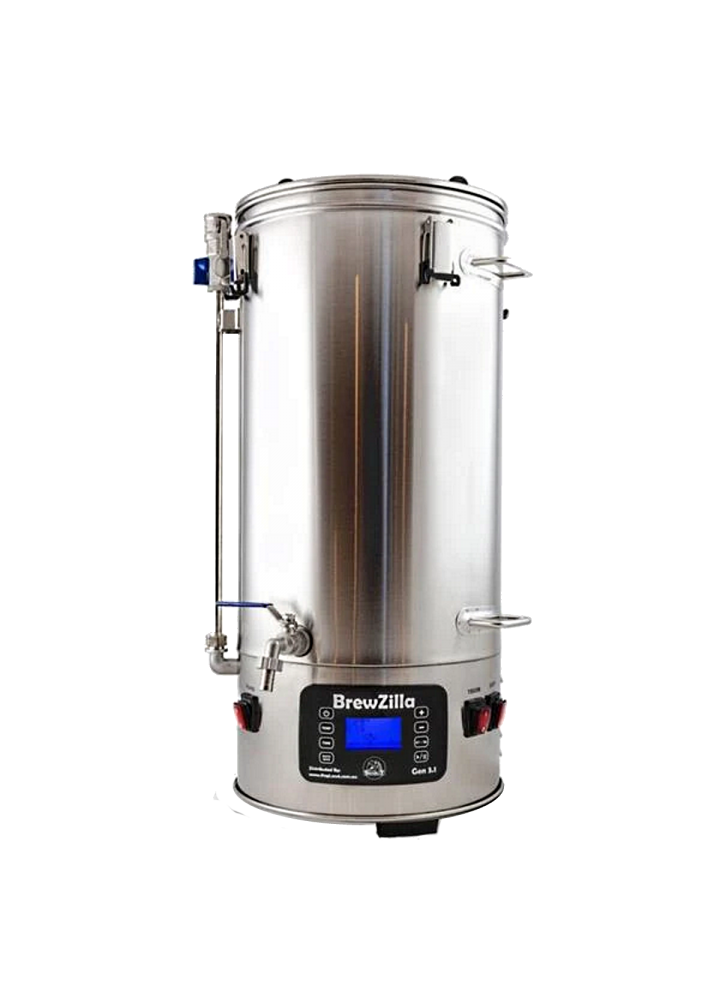 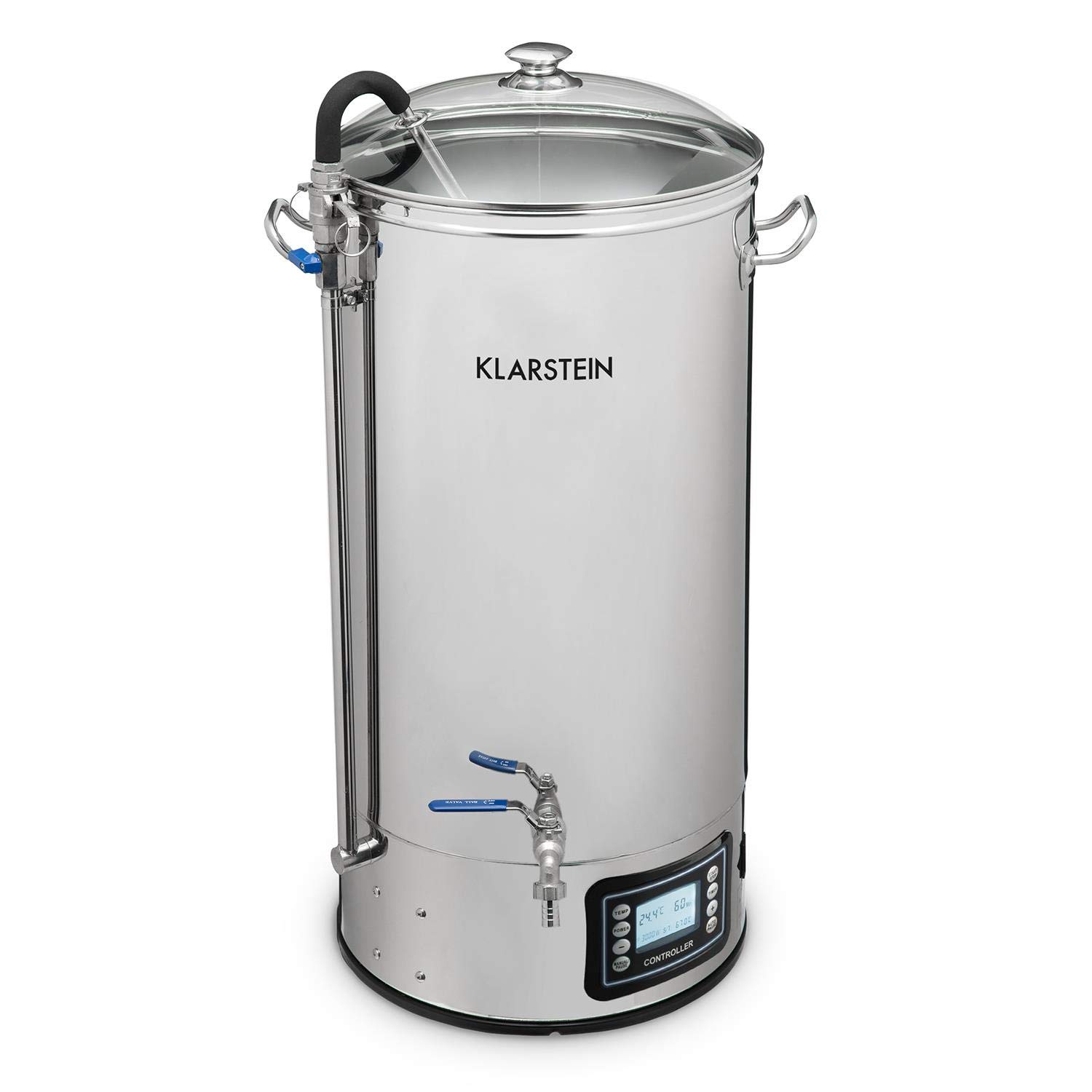 Here`s the Klarstein on German Amazon.
82 customer reviews mixed between the 30l and 50l version.
1st 10 or so I checked are for the 50L version.
You can run them through Google translator, which gives a decent enough translation.

Yeah, I had already noticed that basically I was looking at a Chinese all-in-one system with klarstein labelling.

After reading the reviews, which seem fairly positive, I am back on the fence whether to go back to propane and brew in the bag which would be cheap to set up here or go ahead and dive into all-in-one electric. Decisions, decisions, decisions..... Lol

I used to do propane BIAB.

Now I have Blichmann Brewcommander based BIAB system and a Anvil Foundry 10.5. The foundry is a nice product.

The biggest difference is with propane, the temperature control is more annoying. Hit and miss, easy to over shoot, etc. With propane BIAB, I found best proctice to calculate a single infusion, maybe tweaking the mash temp up a bit. Then wrapping up the mash in insulation and sitting on it for an hour.
OP

When I was brewing I did a 3 vessel gravity feed propane system. Here it seems that a propane brew in the bag would be the simplest and cheapest option for me to get back into the brewing world. However this is probably my one chance to upgrade into to another system so that's why I was considering the klarstein all-in-one.

All in one electric brewing is nice and easy. I cannot imagine what would get me to go back to gas, fire and multiple vessels.

Considering your situation, the Klarstein looks like the way to go. If you are comfortable with the price, quality and value.
OP

Thanks for sharing your insight!

I live in CZ and I'm contemplating the klarstein as well. Currently use propane, igloo cooler, and two pots. I'm thinking I could sell some of my equipment to recoup the cost of going all in one...

But I'd definitely go for the 50l version as I don't see a good way to Sparge. so it looks like it's a no Sparge system which is fine but will need to hold full volume plus grain. I currently use about 30l of water to get my 23l (or so) in the fermenter. Plus if I'll ever want to do a high gravity beer I'll have some options.

I bought a Foundry 10.5 just recently, I didn't want a built in pump. Several reasons, if it goes out then I've got to get another from same folks or try and alter the whole thing, I don't like the built in piping. And I already had a good pump. But biggest reason is that it can go 240v. 120v or 1500 MAX watts would make 5 gallon brewing so very slow. The 6.5 and 3 final gallons would be fine. But one thing for sure I'm not using propane.....
You must log in or register to reply here.
Share:
Facebook Twitter Reddit Pinterest Tumblr WhatsApp Email Link