How much yeast is lost during blow-off?

I made a 2qt starter on Tuesday, and stepped it up to 4qt on Wednesday afternoon right about at high kraeusen. The Temperature has been at a steady 67°. The yeast is first generation washed WLP004 and will be for a 10 gallon batch of a Sweet Stout. It has been in the fridge for at least 6 months. I suspected I was going to have a blow off, but this thing volcanoed for a few hours before the krauesen fell.

Here is the starter, I got home about 5 hours after pitching the 2qt step-up. 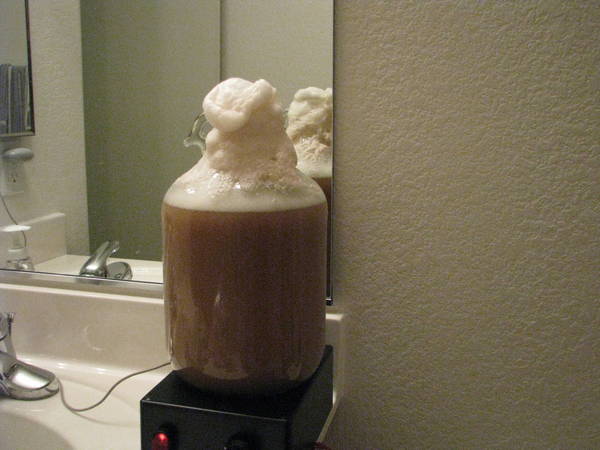 I had a huge foil dome over the top of it (removed for photo) since there was no way a foil cap was staying on. Although, I think that the yeast in there would out compete any predators trying to invade. 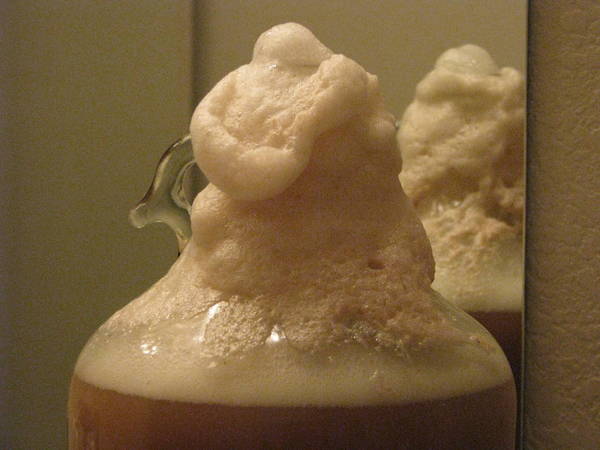 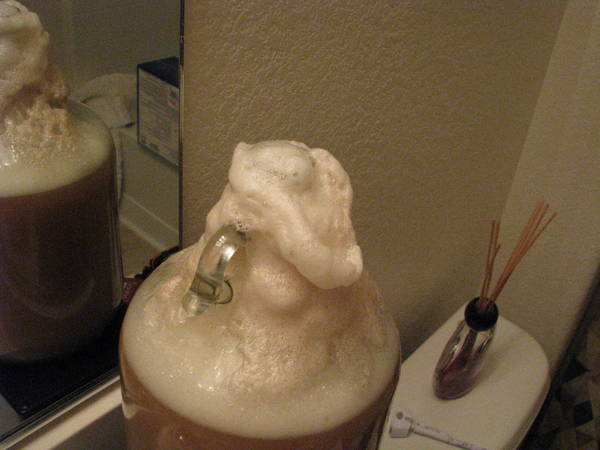 I was wondering how much yeast is lost during a blow-off, and of what quality the yeast is (ie. more/less flocculent)?.

My starter is on a stirplate, so I'm assuming that since all the yeast is in suspension, the blow off contains all types of cells (more and less flocculent).

Could someone throw out a number in percentages maybe the quantity of viable cells lost, and the quality of those cells?

FWIW, I need to get a 5L flask, however, even with the additional 1L of headspace, I think I would have still had an eruption.

A meaninglessly small percentage. Weight the foam and compare it to the weight of the starter.
D

its a total loss. Better give it to me.
M

Can't tell you how much yeast is lost during a blow off but from the sounds of the size of your starter and the looks of how active it is you should be fine.

BTW - I like the juxtposition of the diffuser on top of the toilet tank with the frothing starter. Looks like something one would see in a modern art gallery

droopy said:
its a total loss. Better give it to me.
Click to expand...

Alright, I'll send you the foam.


Montanaandy said:
BTW - I like the juxtposition of the diffuser on top of the toilet tank with the frothing starter. Looks like something one would see in a modern art gallery
Montanaandy
Click to expand...

I never even thought of that when taking the photo, but now that you point it out...

Yeast Starter: Overflow - How Much Lost?

B
Too much brew during brew; Lost yeast and forgot OG