Using 3% is a bit low unless you also included 3% of the pepper weight also. I use homemade kraut or kimchi juice as a kick starter. I use a tiny bit of vinegar with low pH bottle water to get the pH in a better range. My tap water pH is high and its best to avoid chlorine when possible. You can also use a little lactic acid from brew shops to adjust your starting pH if you want to avoid vinegar.

what pH levels are we shooting for?
E

Well, my tap water is over 8 pH. Niagara purified and distilled are less than 6. I only add about 1 tbs of vinegar per quart of distilled water.

Im not shooting for a exact pH to start the ferment. Just helping it get to its final pH faster. The sooner the pH drops the less chance of kahm or mold. Neither can survive in low pH and high CO2.

Finished ferment i want to be 3.6 pH or less. The lower the better. Lacto B will basically go dormant around 3 pH or a little lower but virtually nothing else will survive once it hits 3.6 pH. Ive got kraut that is so sour it will make you pucker.

First ferments of the year underway with plenty more peppers on the way. Half gallon jar each of Pueblo, Serrano and Escondida peppers. 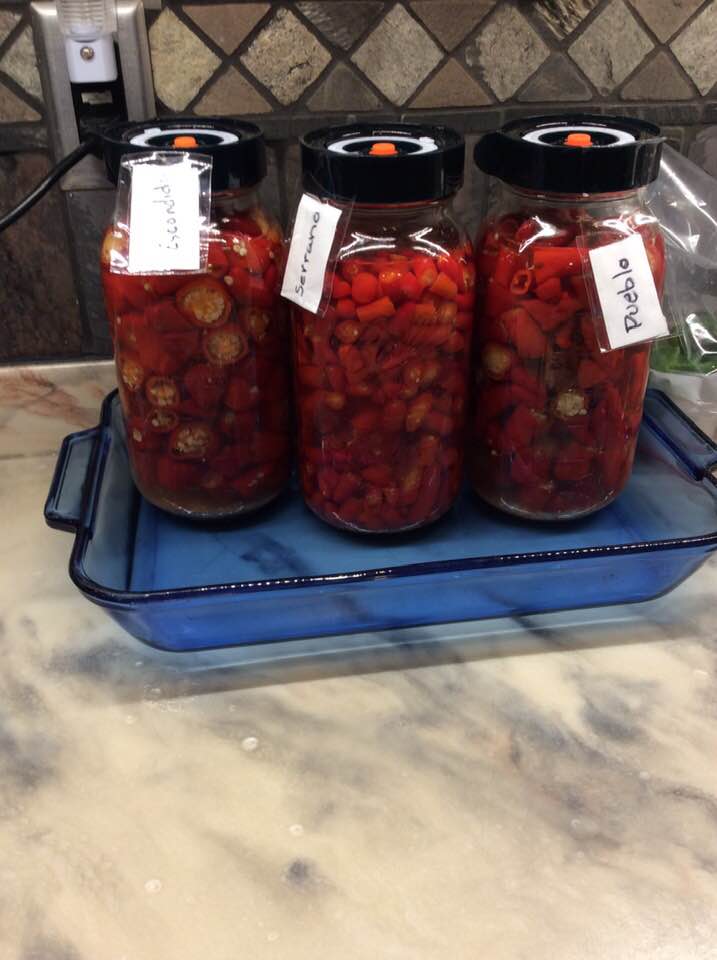 501irishred said:
So I started a batch of assorted peppers (to ferment) about 3 days ago and so far there does not seem to be any activity. Anything I can do to inoculate it or help it along in some other way? I just used a 3% sea salt brine.
Click to expand...

Personally, I use these veggie starter cultures in all my ferments..... I look at it like brewing beer. Sure, you can ferment it "naturally"...... but, I prefer to get it kicked off with the exact microbes I want and get it off to a quick start. I use about 1/2 pack in each 1/2 gallon jar. RO water. 2.5-3% brine on peppers. 2% on kraut and other mixed veggie ferments.

Caldwells and Cutting Edge cultures both work. GutShot probiotic drinks work as a starter. I almost always have homemade kraut/kimchi on hand. You will never taste a couple tbs of kraut juice in a finished pepper ferment.

Yesterday my Easy Fermenter lids w/pump arrived. Failure rate when going under a 3.6% brine has been too high without a vacuum environment. I lost my entire long cayenne ferment last year in my E-jen. Its still not the best idea to go under 4% with peppers and some other veggies. Unless you can get the ferment going fast, get the pH down and greatly reduce the oxygen in your container.

Evilgrin said:
Caldwells and Cutting Edge cultures both work. GutShot probiotic drinks work as a starter. I almost always have homemade kraut/kimchi on hand. You will never taste a couple tbs of kraut juice in a finished pepper ferment.

Yesterday my Easy Fermenter lids w/pump arrived. Failure rate when going under a 3.6% brine has been too high without a vacuum environment. I lost my entire long cayenne ferment last year in my E-jen. Its still not the best idea to go under 4% with peppers and some other veggies. Unless you can get the ferment going fast, get the pH down and greatly reduce the oxygen in your container.
Click to expand...

The Easy Fermenter lids/Pump are the best. I have not had a single ferment with Kahm yeast or mold since I started using them. I have tried EVERY type of fermenting lid and vessel - they are the best, hands down.

Location
Hiding behind a pine tree 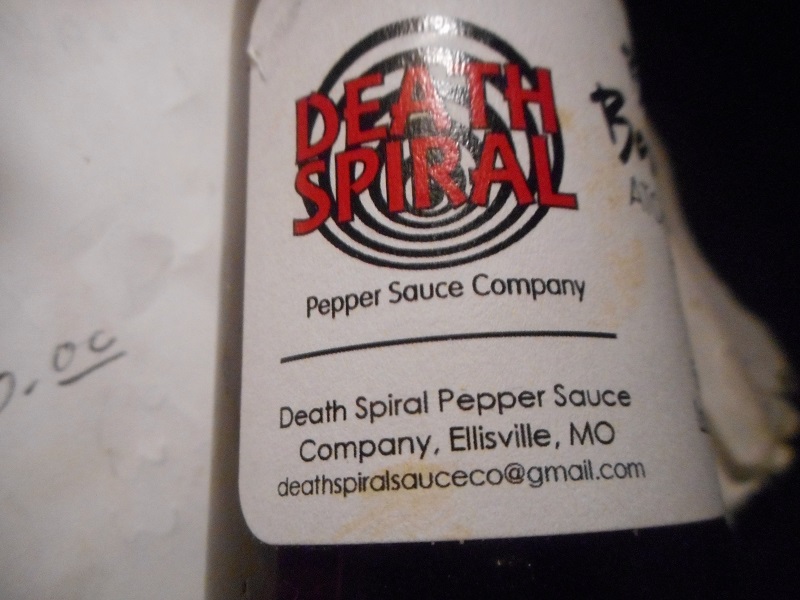 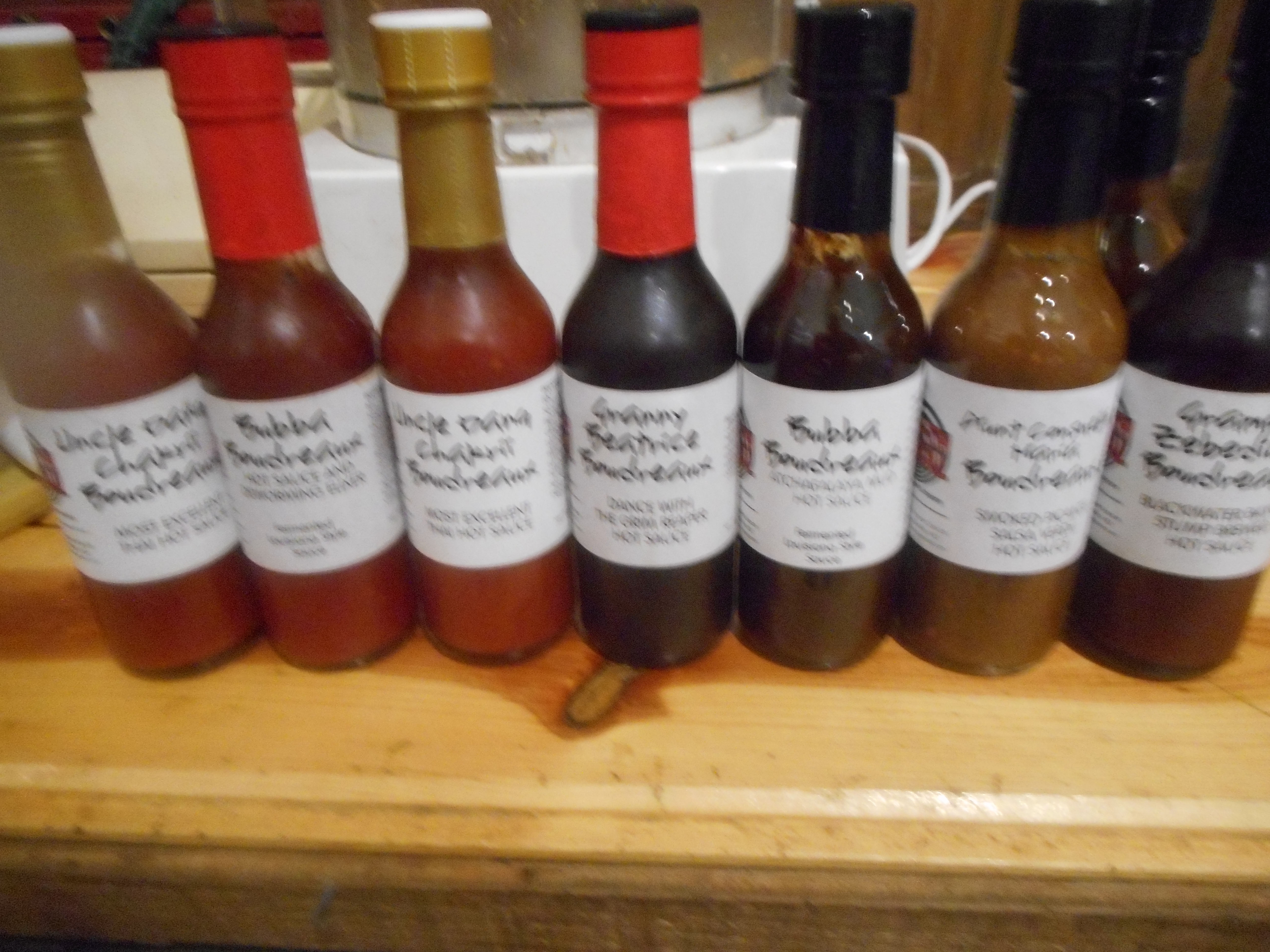 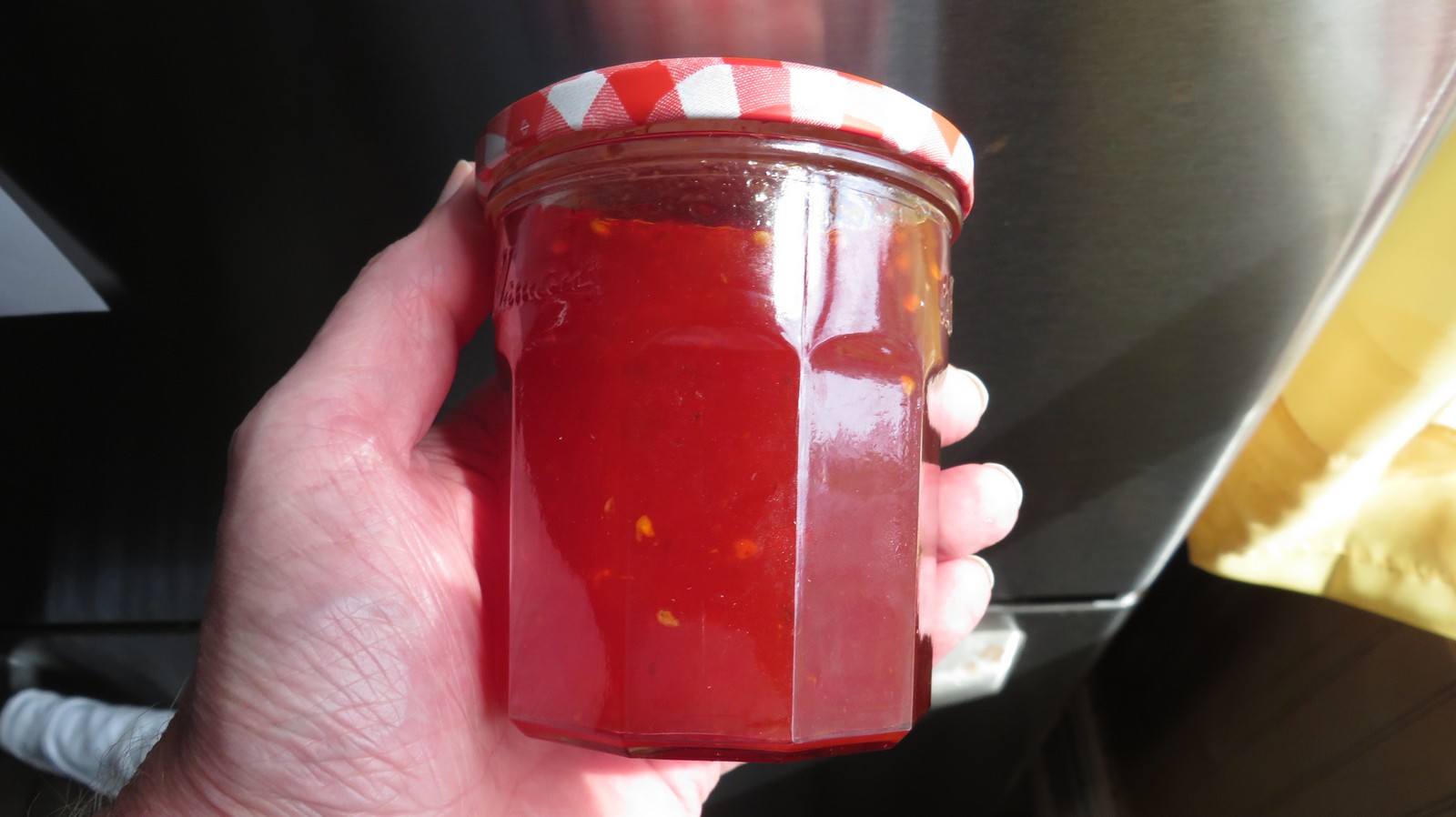 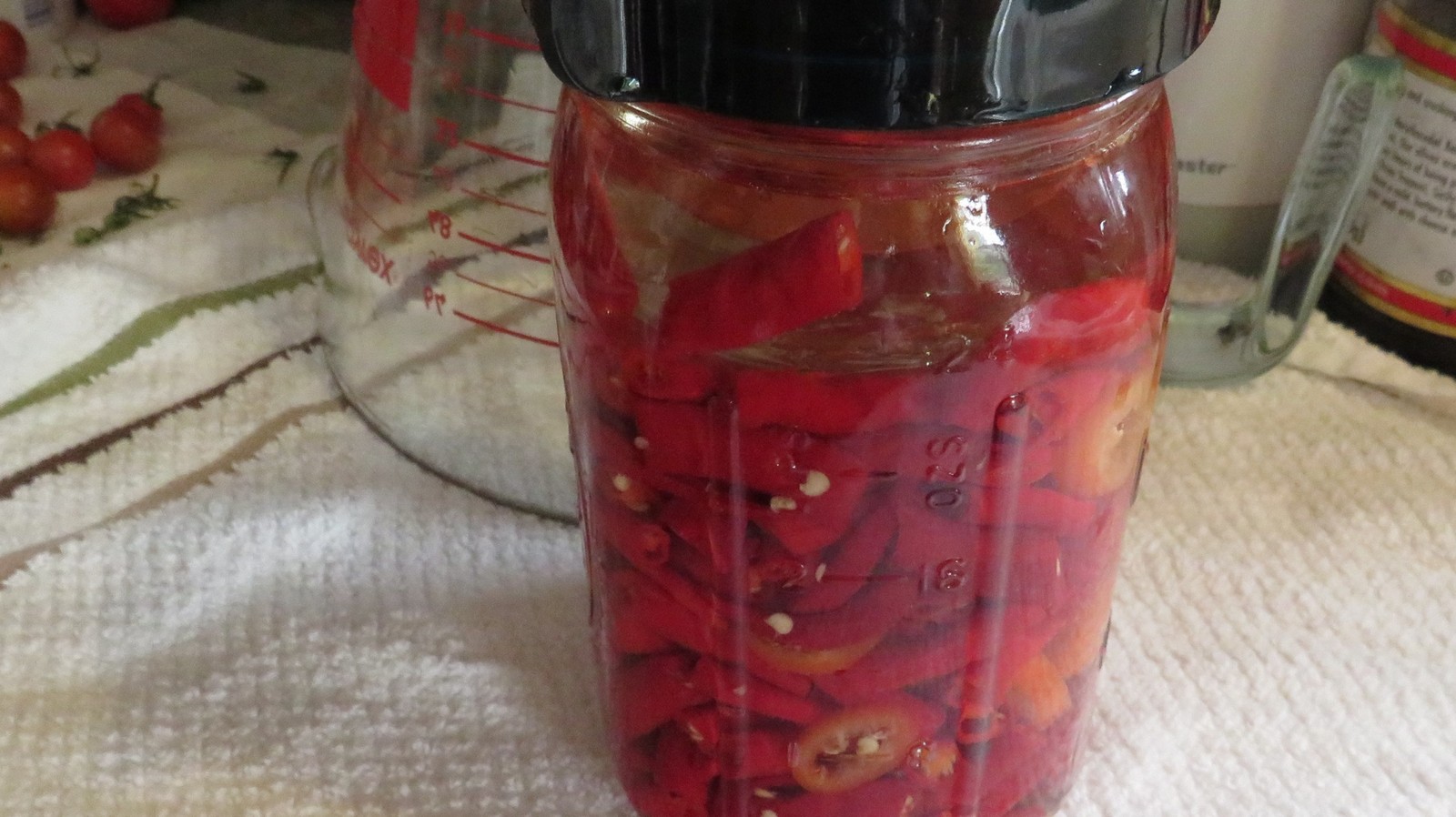 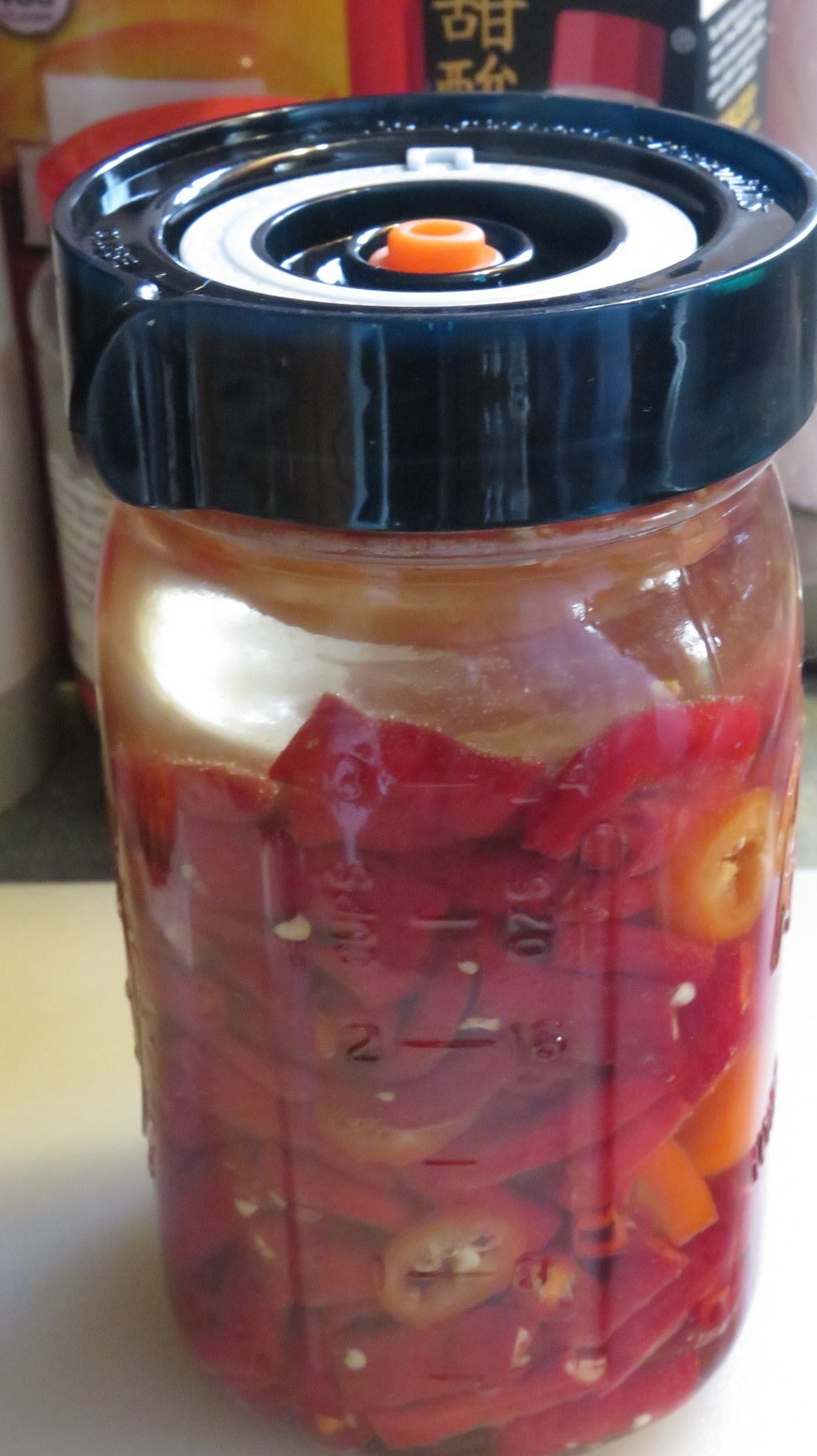 Evilgrin said:
I freeze peppers for making hot sauce later. It does not hurt the flavor only the texture which is not important when making sauce. This year i bagged them up for each batch so if i needed say.......20 jalas but im waiting on some Scorpions to zip it up.....I got everything labeled (with pepper weight) just waiting in the freezer for the final ingredient.

Weigh and measure EVERYTHING so if you like the sauce its simple to reproduce again. Write it all down and save a couple copies on the net somewhere like here.
Click to expand...

I was thinking of doing what you did. freeze the early ripeners and adding the fresh ones when ready to my ferment. Do you find the frozen peppers ferment as well as the fresh ones after mixing them together?
Last edited: Sep 16, 2020
E

Freezing is ok for ferments but if you want to make sure that the freezing did not kill naturally occurring Lacto B either add a culture starter or some fresh peppers/veggies like carrot or onion. I add some juice from homemade kraut. A couple tbs is all you need if you got a good live culture established.
E

Coarse chopping them super hots about killed me. The fumes were flat out brutal. Packed each layer down with my kraut packer into a quart jar. Added a glass weight and the full 2 cups of brine. The bell and Numex will add some bulk to the finished product and give the lacto more sugars to much on. The salt should be about 28grams so the % is a few grams over a 5% brine. I didnt weigh it this time but i did weigh the salt before to get my conversion from tbs to grams. Its 14ish per tbs.

So far im very impressed with these Easy Fermenter lids. No yeast or mold.

My peppers did terrible this year (except for the Fresnos, they did okay but not great) and my tomatoes all died. But I had volunteer tomatillo plants come up and they did pretty well. Biggest tomatillos I've ever seen, the largest so far was 12 ounces. I've been enjoying them as raw salsa; chop up a few tomatillos (or one humongous one) and some serrano peppers and put them in a blender with a little onion, salt, and a garlic clove. No vinegar or lemon juice. Blitz it to liquify everything but the seeds. It's wonderful with chips.

A few days ago, I had a couple of big tomatillos that had bad spots on them, so I trimmed them up and decided I should cook them. (I used to make cooked green salsa all the time but have been eating the raw kind this year) I put them in a saucepan with some chopped serannos, a little salt, onion flakes, and a pinch of garlic powder. I added a tablespoon of water to get things going, put on a lid, and set it on low heat. Then forgot about it (literally) An hour or so later, I went upstairs and wondered what I smelled cooking. Uh oh. I took the lid off, and miraculously it was not stuck to the bottom nor burned. Everything cooked down and disintegrated, although I had to mash some of the larger pepper pieces. That was the best salsa I've ever made. The long slow cooking brought out just a little sweetness from the tomatillos and it concentrated the flavors. It tastes much different (and better) than my usual cooked salsa verde, either the small batches made fresh or the stuff that I can in large batches.
E

Salsa verde is awesome!!! Funny thing too because i used to hate it. Probably because i could not stand cilantro back then either. Them tomatillo also make a wonderful green chile pork or chicken.

Evilgrin said:
Salsa verde is awesome!!! Funny thing too because i used to hate it. Probably because i could not stand cilantro back then either. Them tomatillo also make a wonderful green chile pork or chicken.
Click to expand...

I add a little cilantro to the raw salsa verde if I have some in the fridge. I don't use it in the cooked kind... but I may try a little coriander seed in the next batch.
E

I always add the cilantro before serving or at the end if whipping up fresh. I like the pepper and tomatillo roasted first or blanched if im lazy. Just want a few charred spots on them. Then blitz it up however you like. 505 sells a pretty good roasted Hatch Anaheim that goes great in a tomatillo verde sauce.

Tried my first hot sauce today, had a bunch of habaneros from the garden that I wasn’t sure what to do with. This thread inspired me. I tried just using all orange ingredients plus a sweet onion. 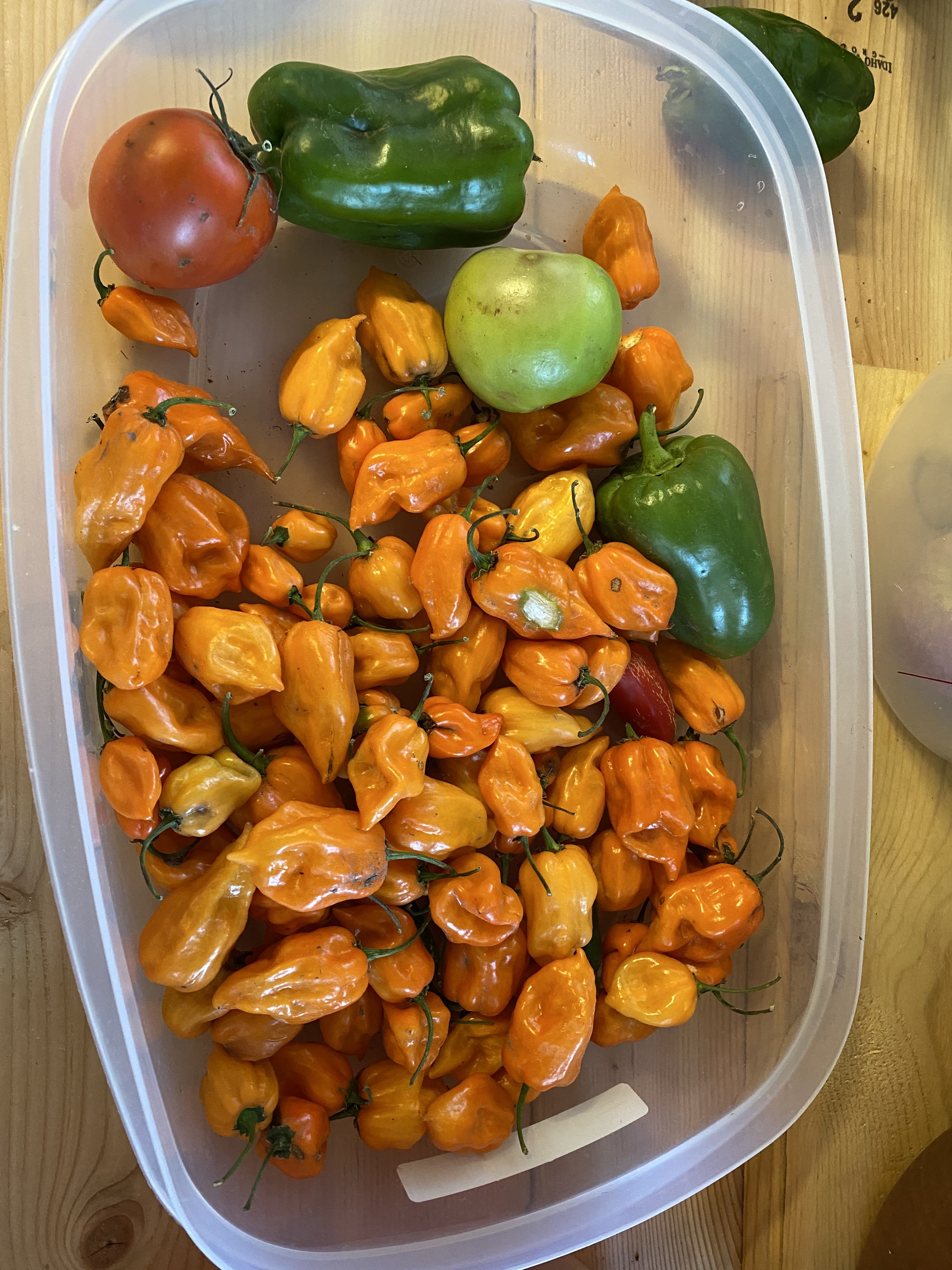 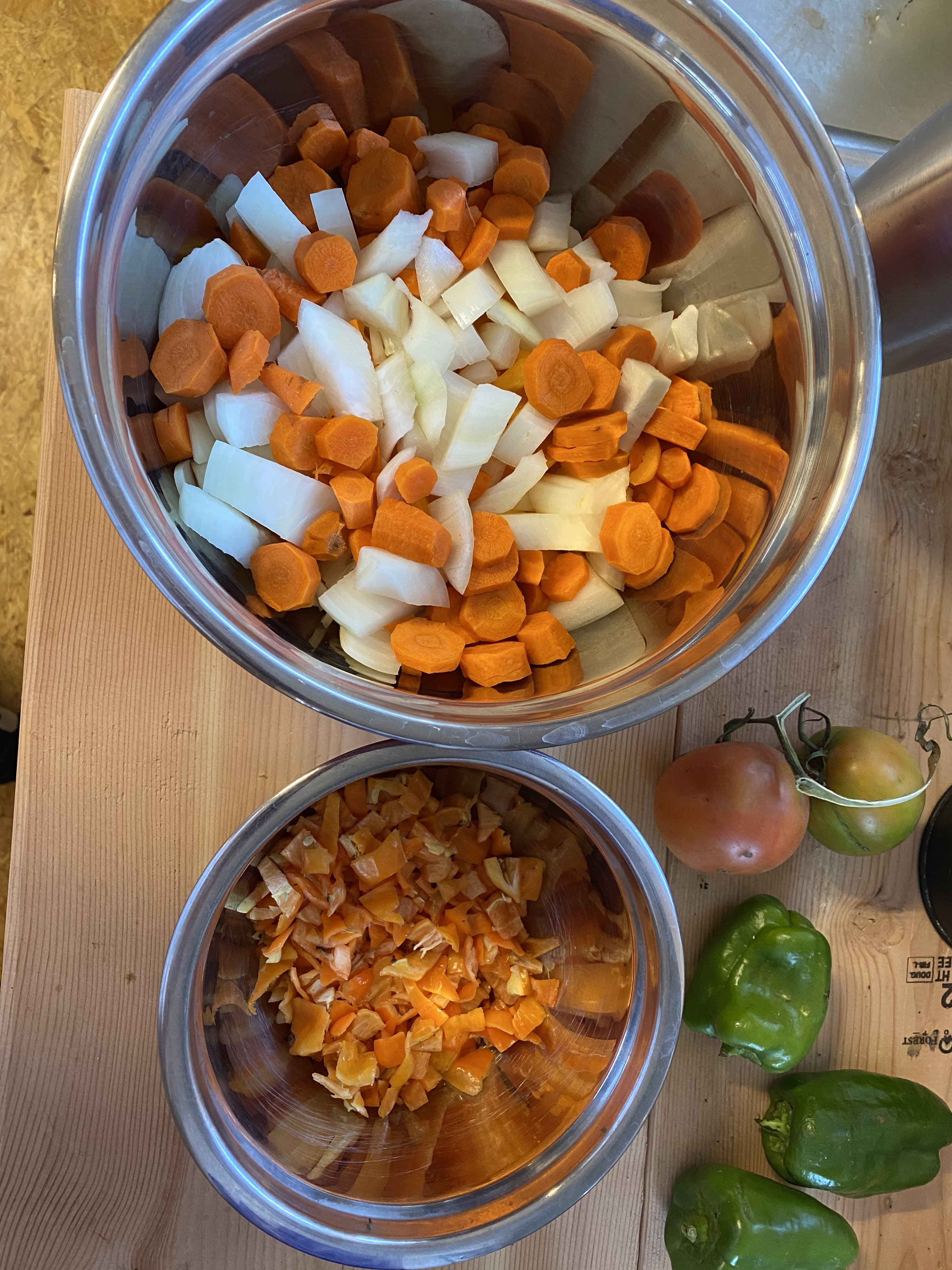 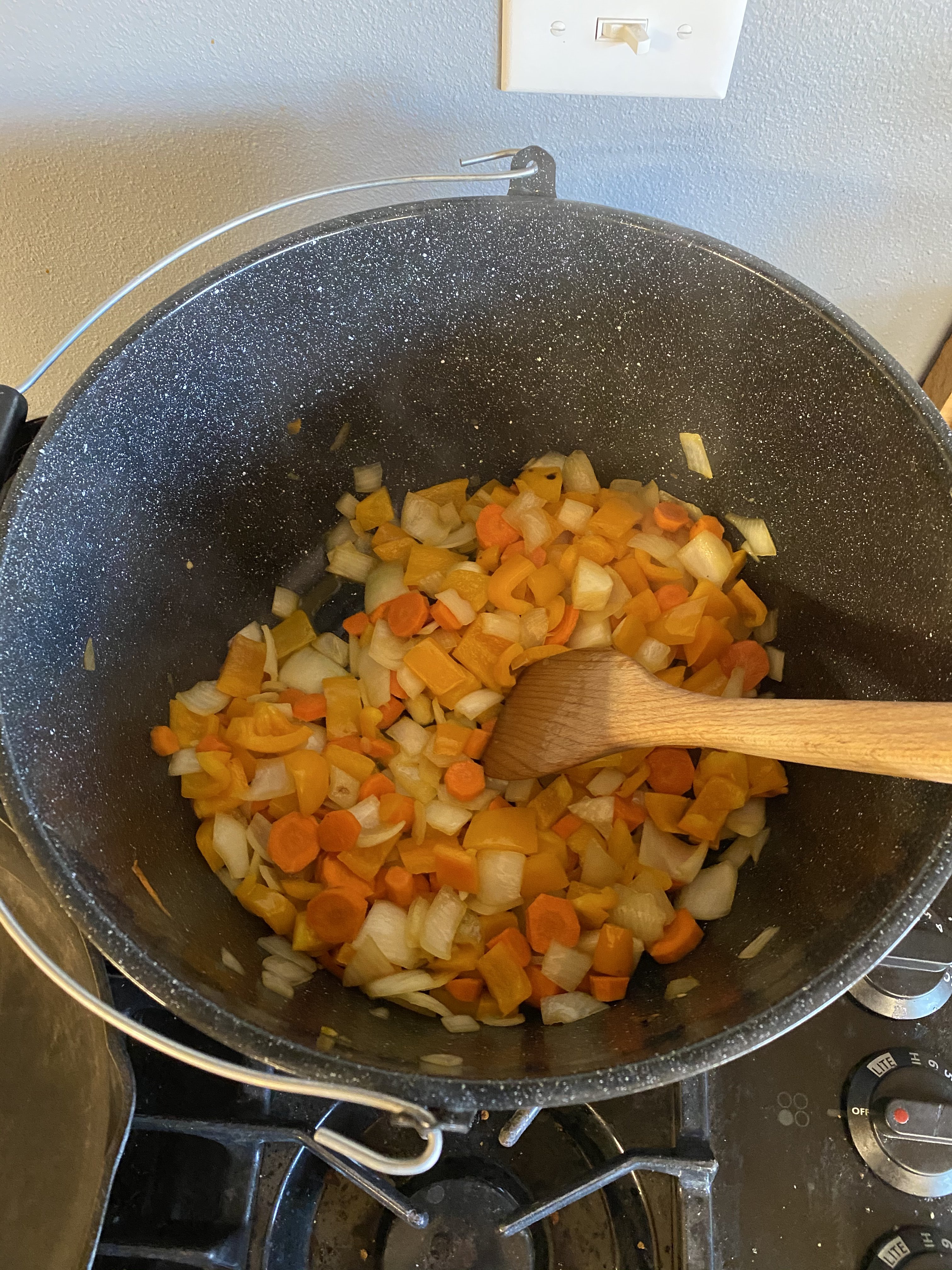 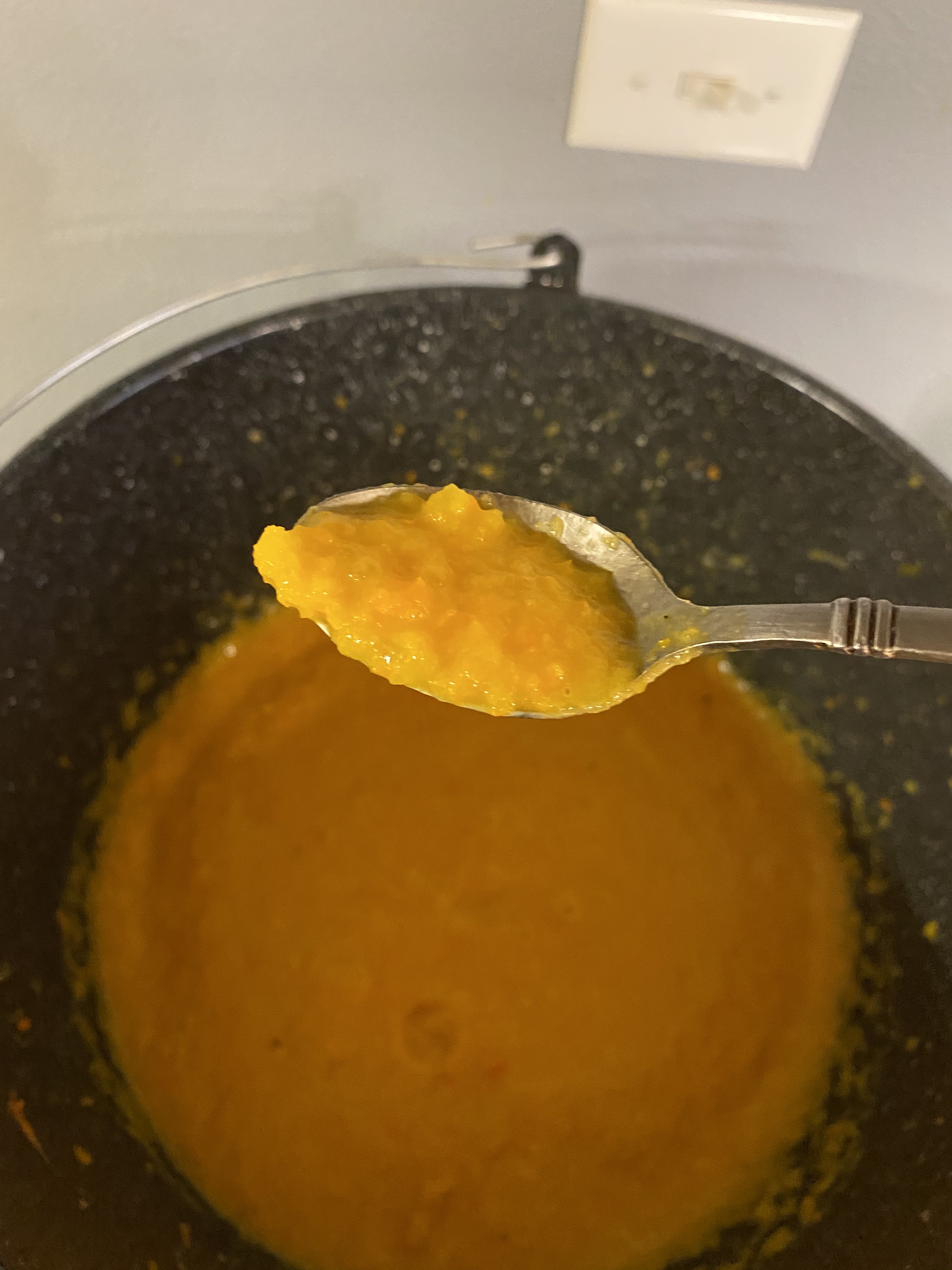 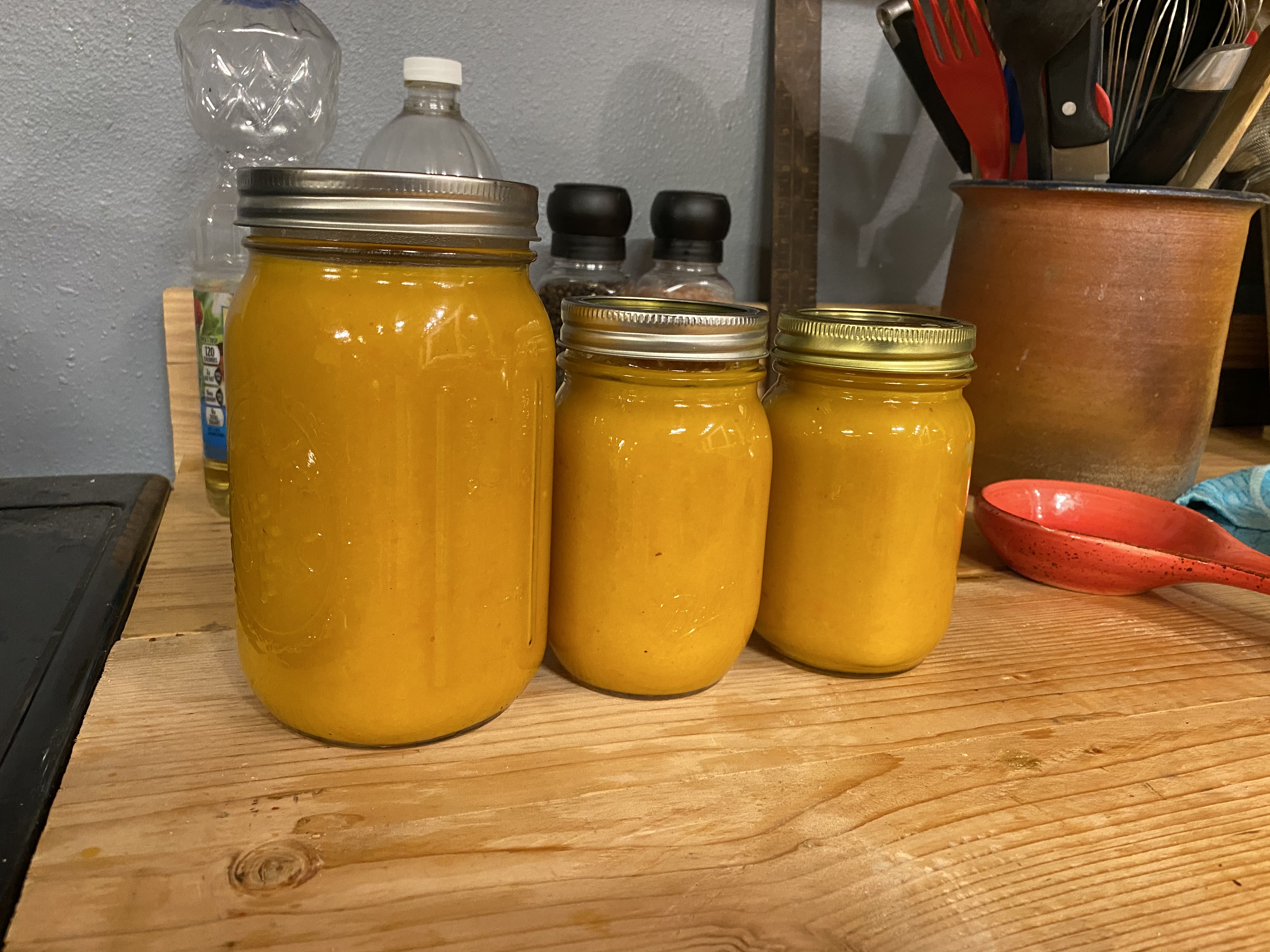 Got some bottles off amazon to put the hot sauce in. I do a fair amount of canning and processing, but only ever use traditional canning jars and don’t have any experience with hot sauce. Any tips on proper storage for these? For now I’m keeping it all in a fridge. 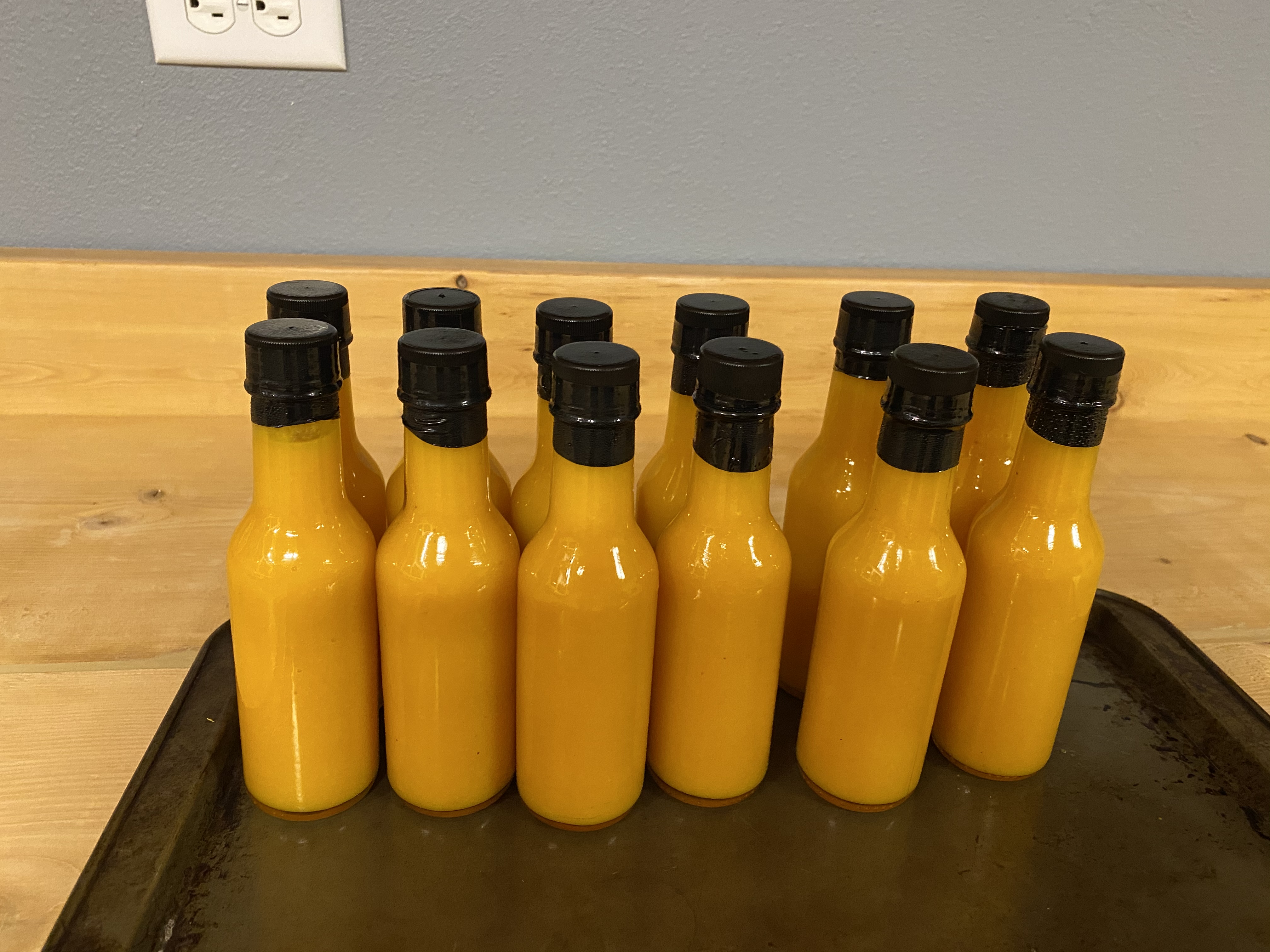 Miller4 said:
Got some bottles off amazon to put the hot sauce in. I do a fair amount of canning and processing, but only ever use traditional canning jars and don’t have any experience with hot sauce. Any tips on proper storage for these? For now I’m keeping it all in a fridge.View attachment 705491
Click to expand...

Depends on what you have for ingredients. If I have a hot sauce that I ferment and also add vinegar to (lowering pH quite a bit) then I may keep some at cool (50's) basement temps. If the sauce is not lower pH I definitely keep it in fridge.... even most of the ones that are lower pH I tend to keep in the fridge if I have room.
With all my hot sauces I boil the sauce, boil the jars, add the sauce right off of boiling into the jars right out of the hot water as well.
Sometimes if I make a bigger batch, I will put most of the sauce into small jelly type canning jars and take them through a canning bath..... then can just refill a more traditional sauce jar as needed.

In general, I think it is best to store any of them in the fridge if you have room.

That sauce looks great by the way. Great color.
E

Combine and heat everything but the sugar/honey and starch to a simmer for 5-10 minutes.
Add sugar/honey and stir until well disolved being careful not to caramelize it.
Thicken with the tapioca starch slurry.

Ive got one coming from Amazon that is very cheap. Only about $5 for a 23.6oz bottle. Its already a little sweet. I love sweet chile sauce with ginger in it. Linghams Ginger is awesome but our market seldom has the ginger version. Plus its $4 a bottle which isnt terrible. Crystals is only about $1.50/12oz bottle and Tabasco on sale is $2.50/5oz bottle. This recipe should more than double the amount of sauce. Ive also got a cayenne/jalapeno ferment i might try later depending on how good it turns out as is.