Homebrewing Year One: Equipment and Labels

I started homebrewing early in 2016 with no knowledge and with what a store owner told me was "everything I needed." With every batch I brewed, I made mistakes, sought out more advice, and acquired more equipment. Now, after nine batches, I finally feel confident that when I invest time on brew day, I'll end up with something worth drinking and sharing.
While I have loved this journey into homebrewing competence, I've also loved making beer labels for each batch. This article presents my year-one journey as captured by the labels I created.


1. Incident With a Siphon Imperial Stout 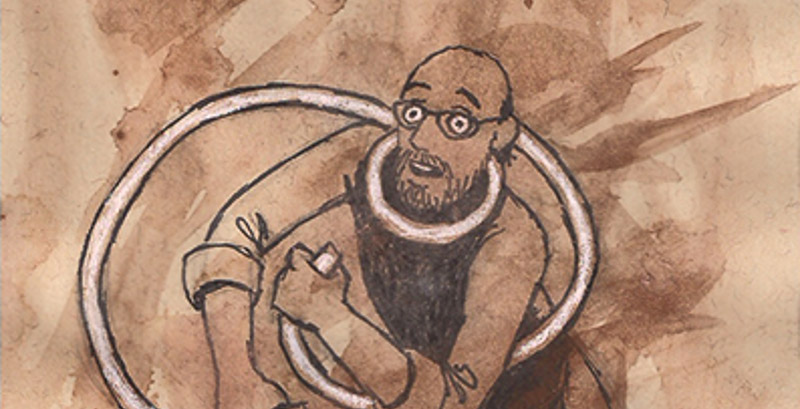 As depicted on this label, I had major struggles with the siphoning on my first batch. I was anxious about ensuring everything that touched the wort was properly sanitized but then the siphon kept jumping out of the fermentation bucket. As I desperately wrestled with the siphon hose as beer ejaculated all over the kitchen, I had to give up on keeping the process clinically clean.
So the first additions to "everything I needed" were an auto-siphon and a spring-tipped bottling wand. The kitchen has been much less sticky since then. 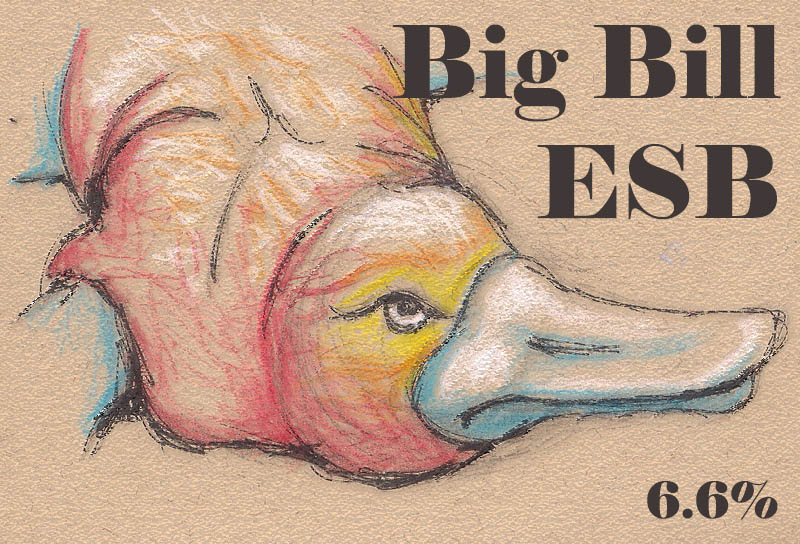 My main mistake in batch number two was mis-remembering the recipe. I used way too much grain thus the inspiration for "Big Bill." My only equipment purchase was a better thermometer. 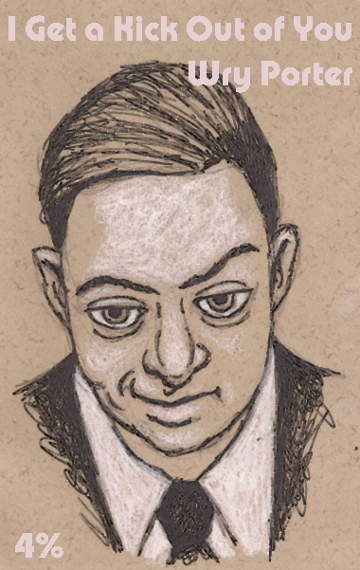 3. I Get a Kick Out of You Wry Porter

Batch number three was a rye porter with a label featuring a wry Cole Porter. This was the first of many batches where I was hardly getting any alcohol. The 4% on the label is wrong arising from another struggle which was miscalculating the ABV. If you were generous you might call this a "session ale" but I call it a "near beer." I wondered if my lack of fermentable sugars could be blamed on improperly milled grain, or maybe a fermentation environment that is too warm or too cool. I didn't know what I was doing wrong. 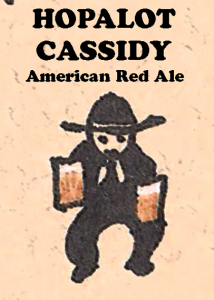 For the next one of my labels, I wanted to do a child-like one, befitting of it's ABV, that makes it a beer that could be served to a child. This was my first attempt at dry hopping. While washing up I managed to break my hydrometer, leading to the ill-advised idea of switching to a refractometer. 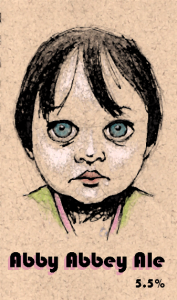 My niece's name is Abby so, of course, when I decided to try an abbey ale, I used her face for the labels. Again, the 5.5% is way off from where I wanted. This time I was trying to use the refractometer for OG and FG without doing any needed adjustments. 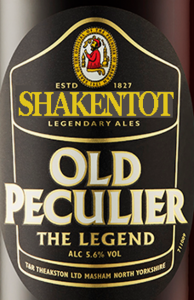 A friend of mine is a big fan of Theakston Old Peculier, so I found a recipe to see if I could brew something similar. I some oxygenation equipment this time to try to give the yeast a boost, but again the result was a beer without much alcohol. For the label, I borrowed the actual Theakston label and rearranged the letters. 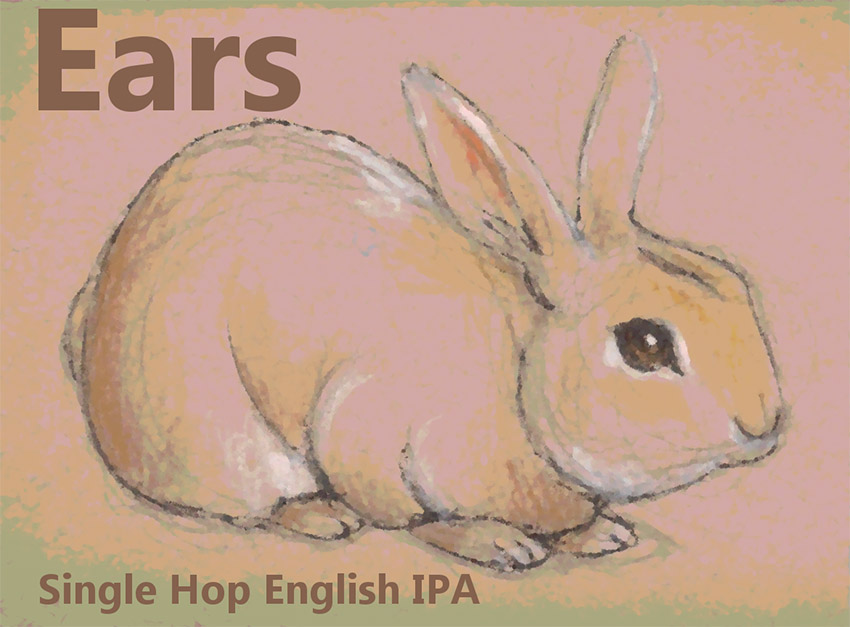 A friend of mine lost his pet rabbit after a long fourteen years. The rabbit's name was Ears. In his old age, Ears wasn't good for much more than a single hop. With this brew I started using a yeast starter. I bought a magnetic stir plate and a new flask. I really hoped this would be the solution to my ABV problem, but no such luck. 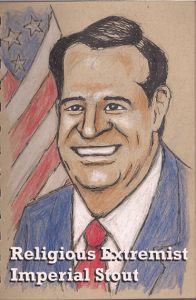 Thanks to the forum here, and my local homebrew store I finally got to the root of my problem. It turns out all this time I had been acting on faulty instructions for sparging. I was essentially recycling the wort multiple times with the result being that I was filtering out all the sugars. I bought a mash tun and did a proper sparging. This combined with the yeast starter and the oxygenation finally gave me the fermentable sugars, and attenuation I had been longing for. I can't tell you how happy it made me to see that air lock dancing a jig.
For these labels, I thought back to my initial imperial stout that had the acronym ISIS. I decided to do this imperial stout as a reminder that our culture has its own religious extremists. 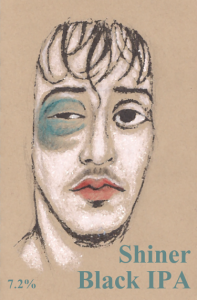 I end this brewing adventure with a Black IPA. When I told my wife what I was brewing she heard "black eye PA" so that's where I got the idea for the label. I can proudly confirm that this brew has a healthy 7.2 % ABV. I'm now using my refractometer for the OG reading and my hydrometer for the FG.
Happy brewing everyone.