Help! What apples do I have?

What apples do I have on this tree? And any tips for making cider with them? 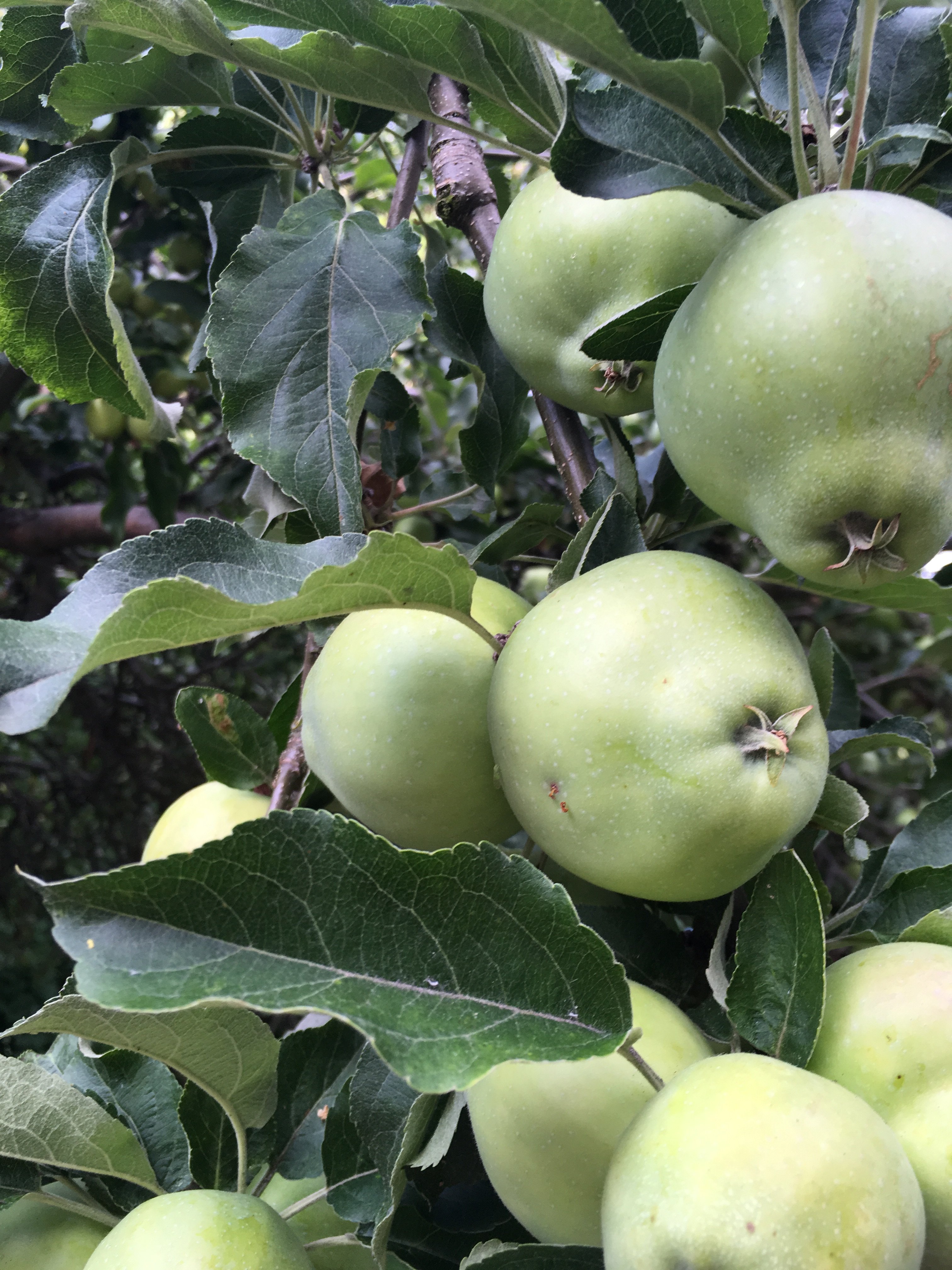 I don't know about other people but I always have trouble identifying an uncommon apple, especially those growing wild. I have used web sites such as applename.com but there seem to be so many variables that seem to be common to several types of apple that in the end you just end up confused. Nevertheless it is worth a try.

We have a big old apple tree that on the basis of applename .com, we have decided might be some form of pippin. It does make a good cider, being a bit tart (not quite a cooking apple and not quite an eating apple!).

So for cider, my suggestion is make some cider from your apples, and see what it is like. A gallon usually requires a bit over 100 apples so it isn't too much effort and if it isn't great, you can always blend with something that complements it. I would suggest just doing something like simple two week primary, four week secondary with SO4, Nottingham, etc. and see what you end up with.

I have made a 2/3 Granny Smith / 1/3 Pomme de Neige which turned out quite good although I usually also use something like a two or three apple blend of "Old Pippins", Pomme de Neige, Cox's Orange Pippin, Red Delicious, simply because that is what I have in my small orchard.

As my Grandpa used to say about beer, it is all good but some is better than others! I have found the same applies to cider.

If you're in the US you might try asking at your lcl county extension office. You might even be able to email them that pic & get an accurate reply. Your taxes pay for the service, might as well use it.
Regards, GF.

Thanks a lot all, much appreciated! I will give them a go, see what comes out and adjust accordingly!

These don't look ripe enough or distinctive enough to be able to identify (yet).

Blacksmith1 said:
Hopefully Austrailia has something similar.
Click to expand...