Had the "Floating Top Draw" problem this weekend.

I've seen reports of this, but I've been running two kegs at at time for quite awhile and I'd have had this issue, but now you can add me to the list of victims. I think I know why it happened to me, but I could not figure out how to recover.

The basic issue is that the hose has no liquid in it, causing it to float. This keeps the nozzle from which it draws above the liquid so that all you get is CO2 and maybe some foam.

First, the cause: I have a RIS that I'm serving on nitro and it got overcarbed. I turned off the gas and then pulled the relief valve a couple times a day for a week to try to let it vent off some pressure. I think that, the first time or two I did that, the lower pressure in the keg (vs the hose to the faucet) caused it to backflow foam/CO2, pushing the liquid out. At that point, the damage is done.

I sanitized a large brewing spoon and tried to push it down to get it to fill, but no joy. Ultimately, I removed the liquid post, pulled the short dip tube out (stripping off the top draw hose/float) and inserted the original dip tube. Problem solved (for now), but I need to figure out how to recover in case this happens again.

Has anyone figured out how to recover from this? I don't really need it for something like the RIS, but it's really nice for my IPAs that have a fair amount of hop matter that accumulates at the bottom of the keg.

I had a problem using a floating dip tube in my kegmenter leaving a lot of beer behind. I took a spare SS washer and looped it over the end to weigh down the draw tip a bit more. Seemed to improve a bit this most recent ferment.

I've had this problem, I saw on another thread here someone used a stainless steel nut slipped over the piece of steel tubing that the float is attached to, held in place between the flexible tubing and the ring attached to the float.

It worked great for me. I can't remember exactly what sized nut I used, I just took the piece of tube to the hardware store and bought a couple of nuts that fit. 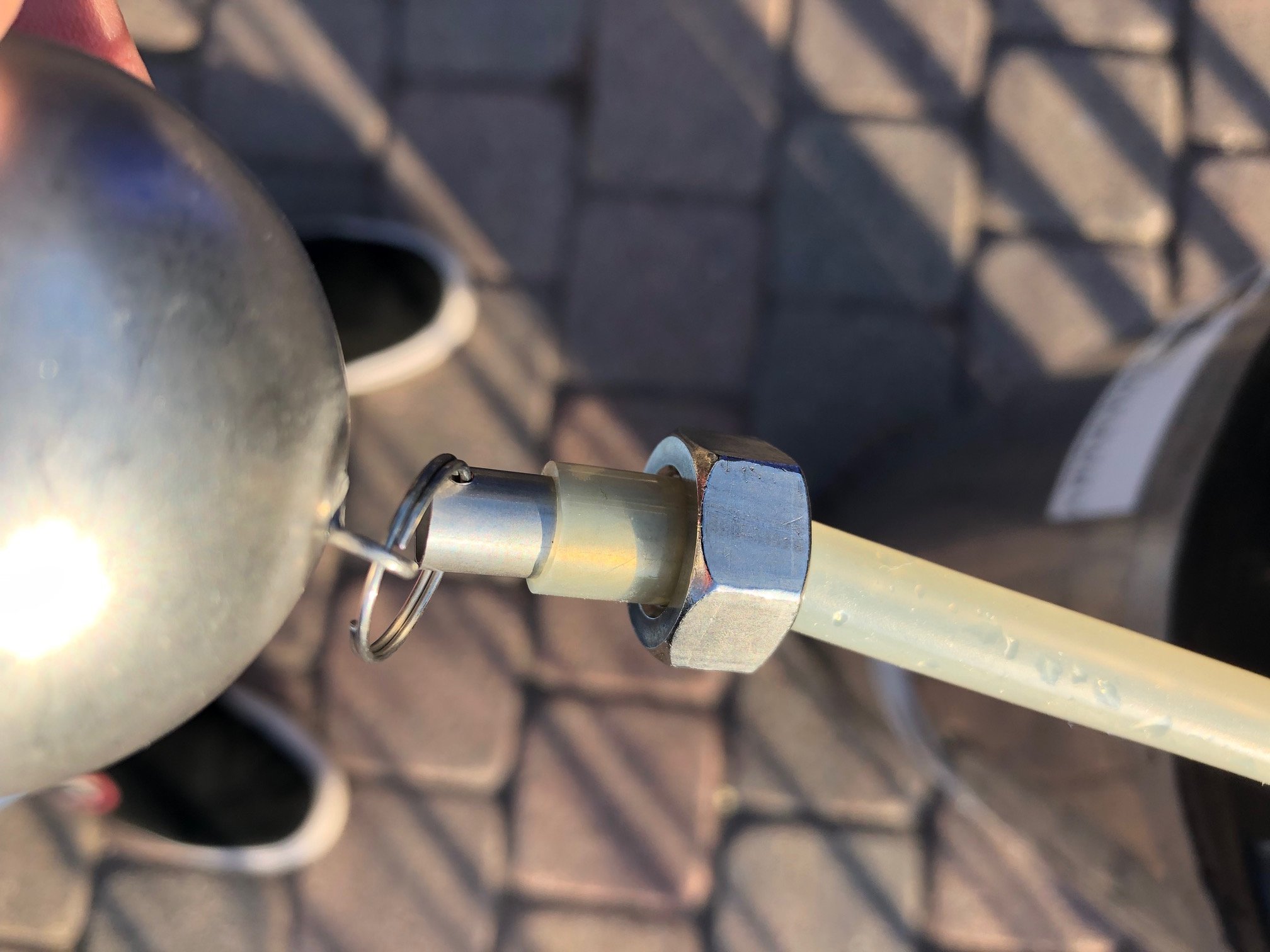 Sweet! I'll give that a shot.

Brewing a brown ale this weekend, had a question about priming

Back to the drawing board