Anyone know if this is wired incorrectly?

Everything was working perfect until I set the unit down to low and the coil froze up. Ever since then the fan will kick on and the compressor just makes a humming noise and then stops, never fully turning on. 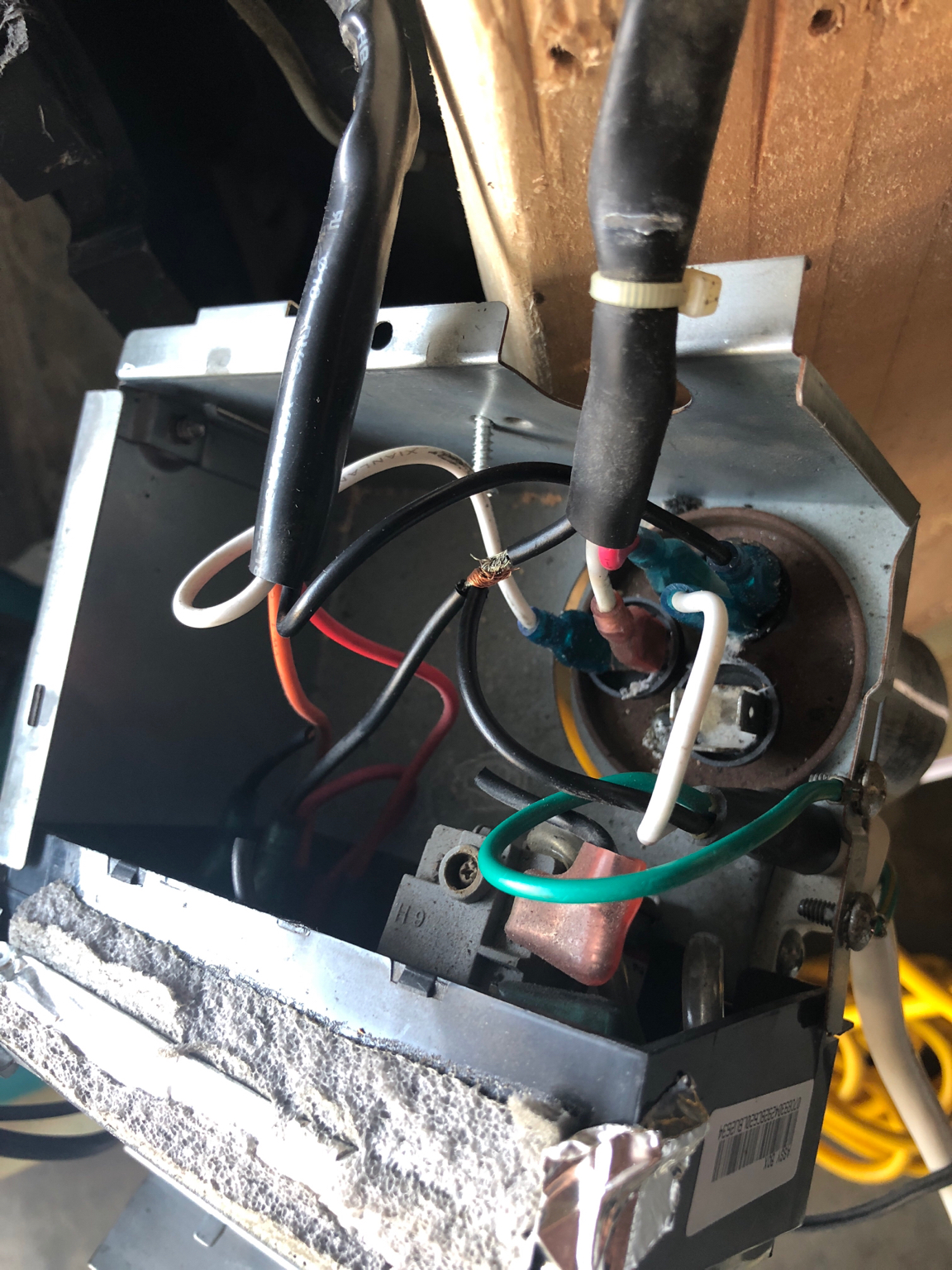 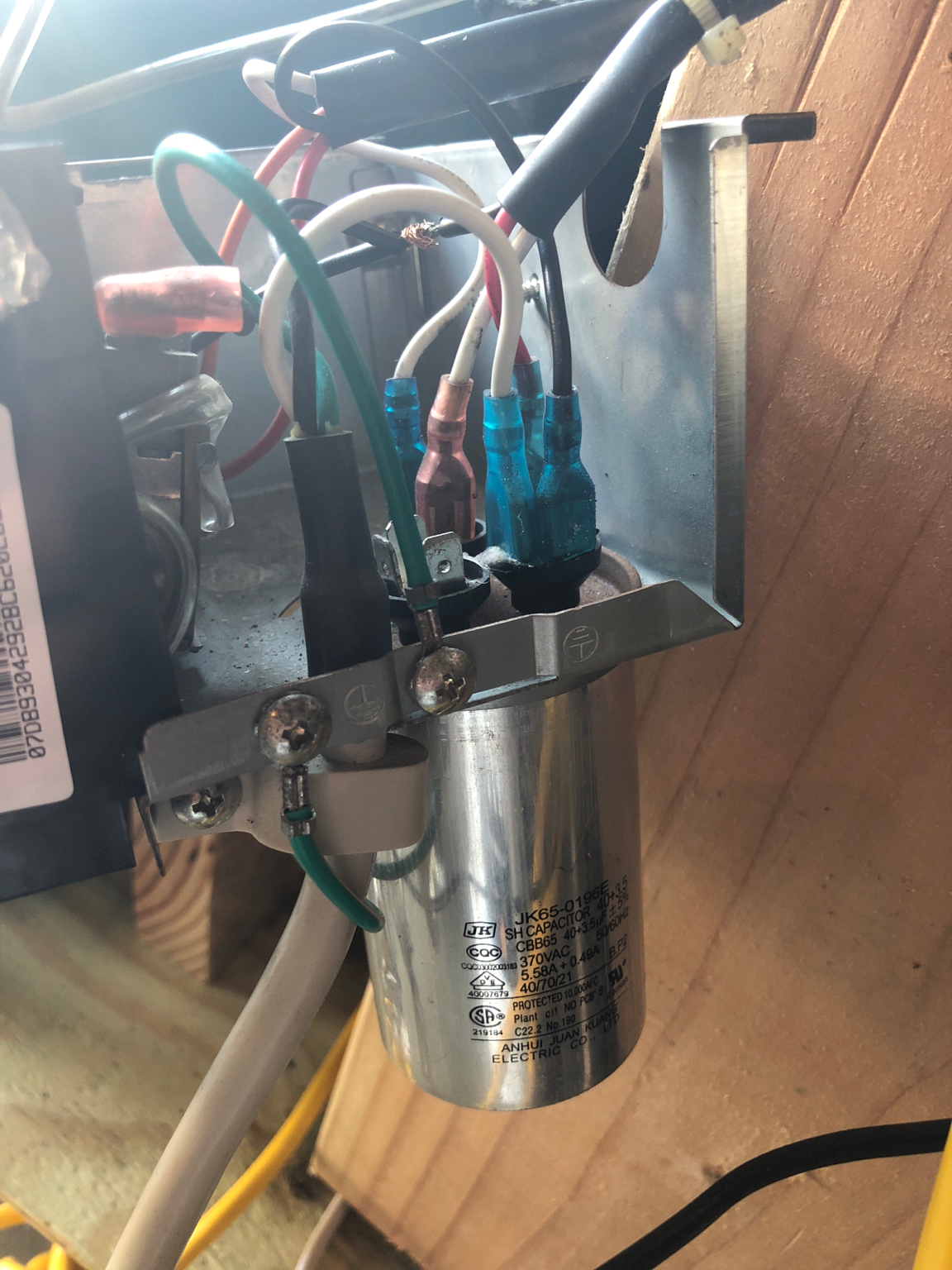 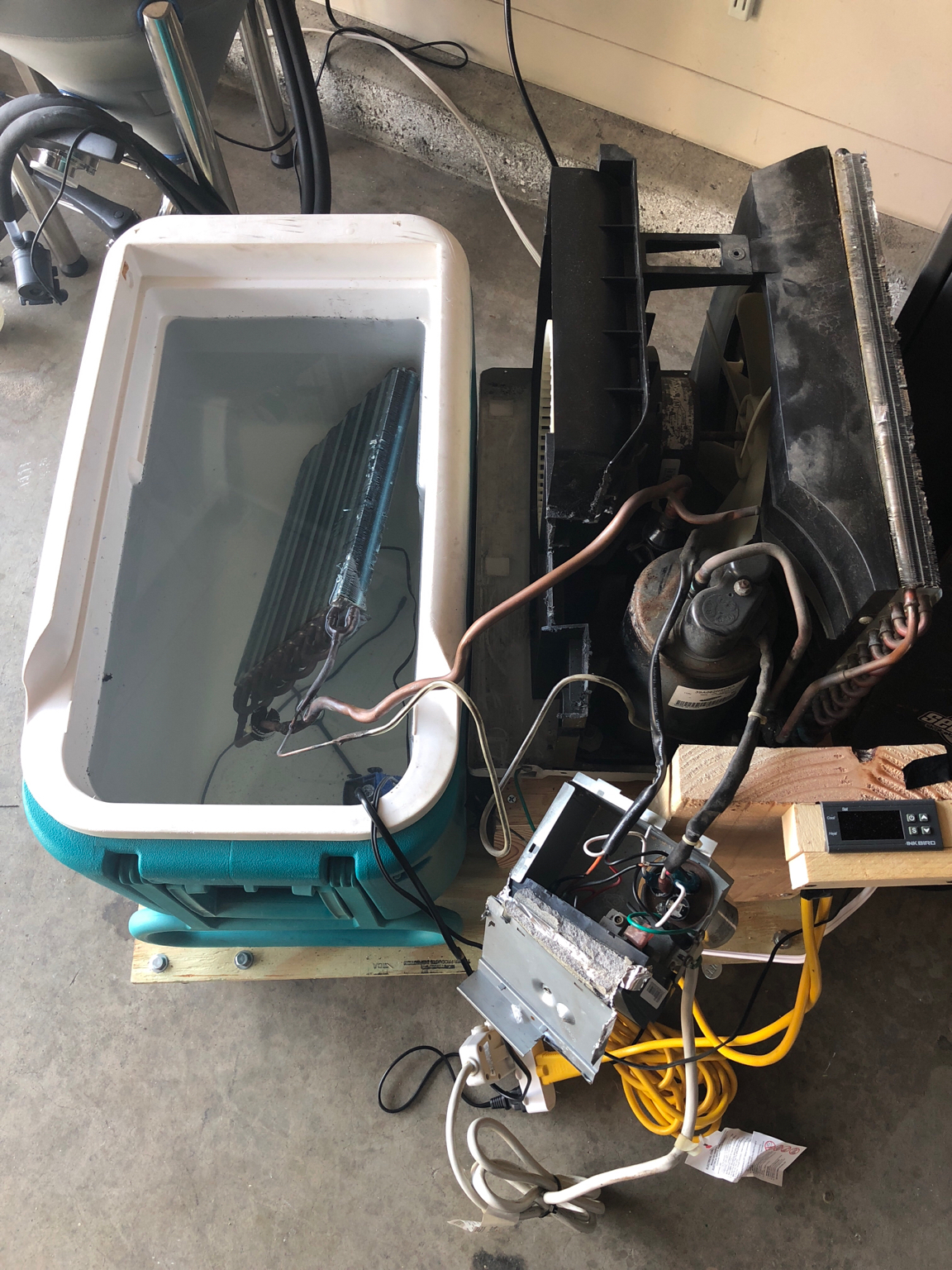 Your hot should be going to the hot input on the compressor which is usually right off the power input from a relay.

The neutral should be going to the capacitor. The capacitor is used to give a jump to the fans and compressor and get them going. Make sure it's connected right. Often the units have a circuit diagram. Have a look at it for help.

Google around as well, I'm no expert but have taken appart and rewired a few this week. Haha.
A

Mallchamber said:
Anyone know if this is wired incorrectly?

Everything was working perfect until I set the unit down to low and the coil froze up. Ever since then the fan will kick on and the compressor just makes a humming noise and then stops, never fully turning on.
Click to expand...

When the evaporator freezes up little heat is transferred to the refrigerant as ice is a pretty good insulator. This can prevent the refrigerant from boiling so that liquid enters the compressor suction port. The compressor is designed to pump gas - not liquid and can become damaged if this condition is allowed to persist. This would be the worst case scenario i.e. you have destroyed your compressor. Were the compressor frozen this would explain the humming/stopping. The rotor can't turn and so the thing just heats up until the thermal protection device opens. Upon cooling, it resets and you can cycle it again but if the rotor is frozen you'll just get a repeat. The fact that everything worked and then stopped after the freezup doesn't bode well but there are some other things to check.

First, the compressor won't start if the starting capacitor or the relay/switch that controls it are bad. Bottom line is that unless there is current being drawn in all 3 wires going to the compressor, it won't start so the first thing to do is put a clamp-on ammeter on each of the three wires, one at a time, to see if all 3 are carrying current at startup. If they aren't you can then use the meter's capacitor check function to see if the capacitor sections are good. Be sure to discharge the capacitor before testing/handling. There should be little resistors between the terminals to do this but it doesn't hurt to put a screwdriver blade between them for a couple of seconds to be sure. If the cap is bad, replace it. If it is good then disconnect the plug from the compressor and measure the resistance between the C (common) terminal and each of the other 2. If either is open then a winding is burned out and the compressor needs to be replaced. If there is a short between either pair of terminals then, similarly, the compressor is shot. If the winding impedances are OK and substantial current is being drawn by both windings then the compressor is probably frozen. An old trick is to parallel a second cap with the starting cap. This allows more current to the starting winding and the extra torque will sometimes kick a stubborn compressor over. Don't apply starting current for very long as things will heat up faster with this arrangement.

If you don't understand anything I've said here stop! Get someone in who knows about such things to help you.
A

Delighted that three people liked my post but wish I'd never seen this thread as responding jinxed my walk-in's compressor. The very day after I posted it started exhibiting the symptoms of a leaky inlet valve and will have to be replaced. Valve damage is one of the things that liquid slugging can cause and I suspect that this compressor was liquid slugged just after its installation by a tech who didn't set the TXV correctly. It took 9 years for the damage to show up but show up it did.
Last edited: May 13, 2018
A

Just noticed that the black wires are twisted together and not wire nutted. Black is the hot wire here. It's 120V above ground. This is a clear safety hazard. Use a wire nut.

N
Anyone use a stand-up AC unit for a glycol chiller build?