Hey guys, I've only just bought my first trial of melanoidin malt and am considering it's uses.

I brew alot of pilsner, pale ale and German style wheat beers which is the style I originally bought it to try in. My questions are:

1. What percentage should I start with in a weissbier and is it a good idea? I tend to really love brewing wheat's with a good 40% Munich fwiw.

2. Does it have any popularity in pale or pilsner?

FWIW, I put two ounces of melanoidin in my Pils. It took second at NHC in 2019.
OP
C

Thanks mate, what percentage was this in the grist? Just not sure what batch size you may be brewing

I've never use it in a weissbier, but I like to toss 2-4% into my lagers. Pils/pale lagers closer to the 2% while amber/dark lagers get the full 4%ish. Next time I brew a dunkelweizen, I might have to toss a handful in, though.
OP
C

Immocles said:
I've never use it in a weissbier, but I like to toss 2-4% into my lagers. Pils/pale lagers closer to the 2% while amber/dark lagers get the full 4%ish. Next time I brew a dunkelweizen, I might have to toss a handful in, though.
Click to expand...

How would you describe the effect in lagers?

To me, it give it that...*something* extra. I believe its spoze to mimic using a decoction mash, but I have no personal side by side comparison to make an opinion on that. But I have brewed various amber lagers with or without it. And I always prefer the brews that have it included. Its a bit sweet, brings out the maltiness ( especially, in my opinion, in regards to beers with healthy Munich/vienna grain bills), and also seems to give an extra bit of head retention and foaminess. I'm kinda crappy at explaining flavors and tastes and what not, but to me its almost like a super concentrated Munich malt.

I have never been heavy handed with it because I think it can go squirrelly in a hurry. I think I've gone about 5% in a doppelbock and a moktoberfest, but I've read of recipes with 10% additions, but that seems so overkill to me. I do know that I have settled into using about 1-2% in my pils recipes because I have found that going higher than that completely overshadows my hop additions, and I like my pils to be more hop forward than that. I would start in that range for a weissbier, and if you're planning on going dunkel with it, maybe double it.

Craft_brewer said:
Thanks mate, what percentage was this in the grist? Just not sure what batch size you may be brewing
Click to expand...

From what I've seen, the well-received beers use no more than 2% in lighter beers (pils, helles, etc.) and no more than 4% in darker/bolder beers (doppelbock). Better to use not enough than too much, as it's similar to crystal/caramel malts: too much and it is very off-putting.
H

cactusgarrett said:
as it's similar to crystal/caramel malts.
Click to expand...

Melanoidin is actually a kilned/roasted malt more akin to a dark Munich (base malt) and should be mashed for conversion.

Crystal and caramels malts are fully converted in the husks and the sugars are easily extracted by steeping without adding unfermentable starches. Melanoidin malts as well as its cousins (Honey, Biscuit, Amber, etc.) should be mashed to convert their starches.

Below see the spec sheets from Briess on Honey Malt and Crystal 60. The Honey Malt is 95% mealy unlike the Crystal Malt which is 95% glassy which is an indication that melanoidin malts share more in common with base malts rather than crystal malts.

My intention of sharing these thoughts is that I am confused by all the extract recipes that include these dark Munich cousins as steeping malts - the maltsters never recommend that they be steeped . While some flavors can be extracted so can unfermentable starches and unconverted base malt flavors which are never good in any beer. Even Jamil Zainasheff recommends the usage of these malts in the extract recipes in his Brewing Classic Styles. I wonder whether he actually brewed these extract recipes (there are 80 recipes and that's a lot of extract brewing for a master of all grain brewing), or just converted his award winning all grain recipes by changing the base malts to extracts while keeping the specialty malts the same.

Anything can be steeped, even my tennis shoe, but that doesn't mean it will lead to a better outcome. Perhaps Brulosophy can do an extract based exbeeriment that includes the steeping usage of one of these malts - one batch with and one batch without and see if it makes a difference good or bad. 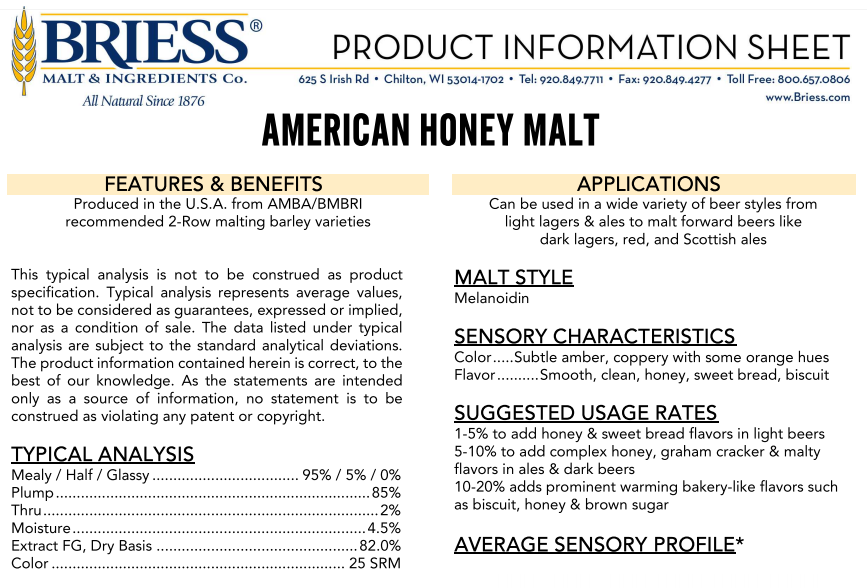 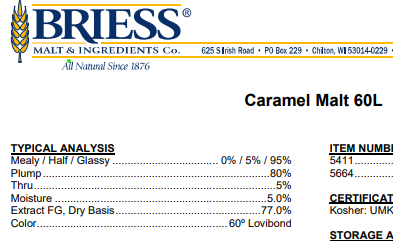 The intent wasn't with regards to conversion, steeping, etc. You edited out the point of my comparison:

[melanoidin malt is] similar to crystal/caramel malts: too much and it is very off-putting.
Click to expand...

cactusgarrett said:
The intent wasn't with regards to conversion, steeping, etc. You edited out the point of my comparison:
Click to expand...

Understand, sorry, my intent was just to highlight a very common misconception that may steer a less experienced brewer to use melanoidin and its cousins in the same manner as Crystal.