First BIAB | Everything went wrong, but I still made beer

My first two extract batches were an absolute success. An IPA and a blonde ale. I am shocked at how well they turned out and how nicely they have matured in the bottle after a month. Having 'conquered' a couple of batches I set my sights on a BIAB. I wanted something for a hot day and something that would use the much-touted Citra hop (hadn't intentionally tried it before). So i settled on:

But before brew day, I decided to put together a counterflow wort chiller which I built for $60 bucks. I tested it with cold water and no leaks...

The short story was, that my first BIAB day was a disaster as far as I could tell at the time. It was messy...I burned myself a bit...my strike water didn't come down to the temp I thought it would reach when adding grains...I mashed around 168 instead of 154 (yikes!)...My wort looked weak so I hastily added about a lb of honey...my counterflow chiller hoses loosened up with the heat (needed clamps), so it leaked...it was 2AM when I was using the chiller for the first time...it chilled the wort to 12degrees instead of 20...I retained some hot wort and added it to the fermenter...now I was too warm...I was tired...I wasn't careful with splashing...Went to bed at 3AM. Pitched yeast in the morning...

I thought this batch was doomed...But!

The US05 worked quickly...finished bubbling in a week...the aroma out of the airlock was musky -- not in a good way...

It's been over 3 weeks so I cracked open the fermenter and wouldn't you know it? I made beer. Beautiful, golden, hoppy and fruity. I was shocked. It tasted (and smelled) fantastic. I can't believe how tropical it tastes. I get so much Pineapple and Passionfruit that I'm sure I could tell people I added some fruit juice. Nice bitterness as well.

Bottled today and am hoping that after carbing up, it will turn out to be a nice summer brew...

Good man! The first all grain brew day is a definite lesson in itself. Glad you made some nice sounding beer in the end!
M

My first brew didn't end until the same time...I was definitely a daw of mistakes and learning. Congrats!

Just did a 15 min pale ale with all citra hops. It came out fantastic! Took a couple bottles to my homebrew club everyone liked it. Citra is an amazing hop to use. However, I would not use it for the bittering hop at 60min. Save all the citra for 15 min and under.
P

Did you take an OG reading and FG reading? I bet they were crazy! Since you mashed at such an incredibly high temperature you didn't get much fermentable sugar because you probably killed the enzymes and didn't get much conversion, so adding the honey was a good idea. The beer will most likely be a strange beer, but a beer nonetheless! I'm curious to hear how it turns out.
OP
M

I cracked one open today (ESB brewing in background).

Feels like 40 IBU, whallop of pinepple and passionfruit. Perfectly quaffable. Only been 6 days in bottle, needs a bit more carbing and maturing. Cant wait to try it in 2 weeks. 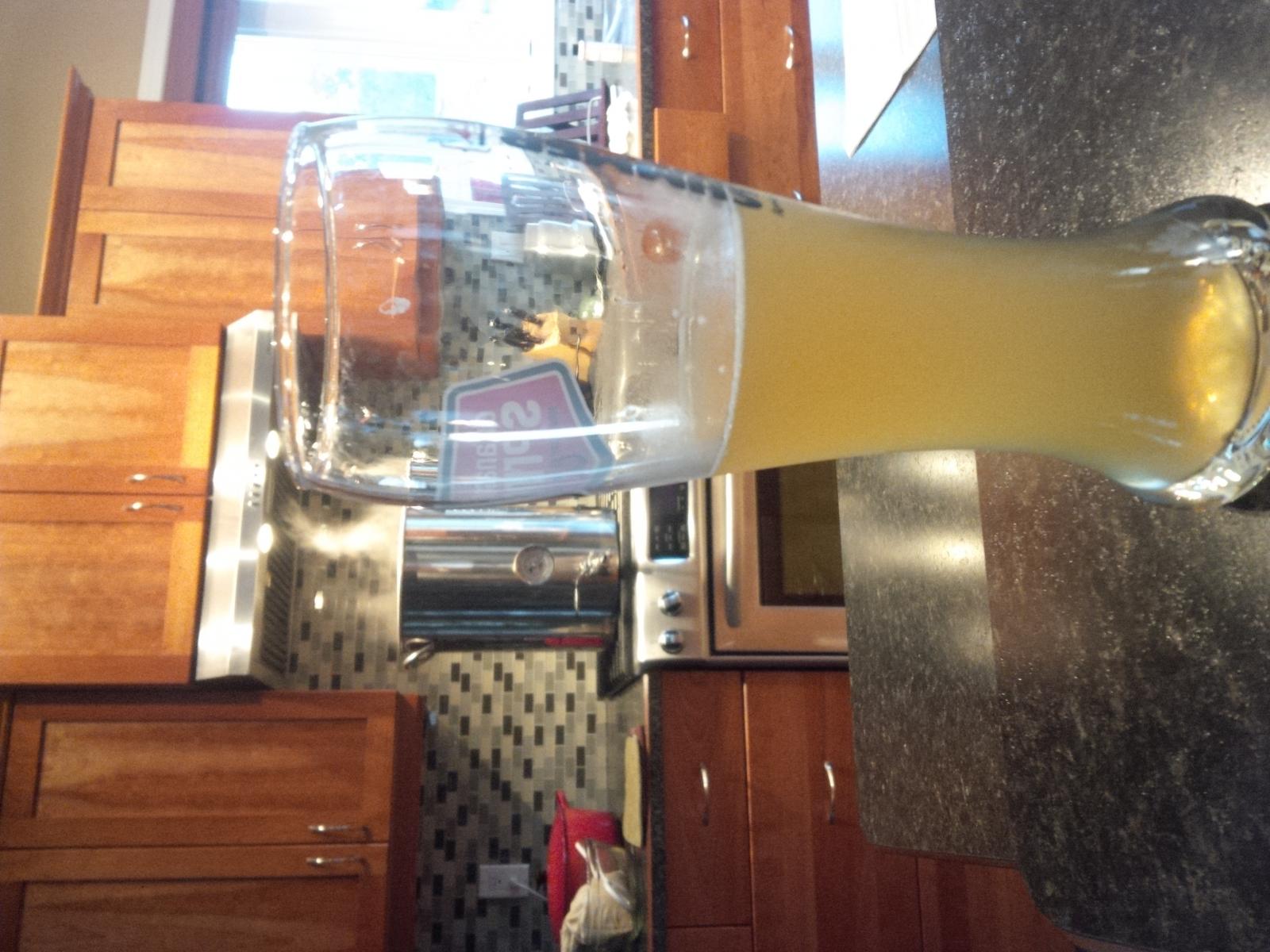 G
About Everything Went Wrong