I have never had this happen before, about 30 batches into my current setup.

I have always assumed the spikes you see in the chart the majority of the time is that of the fridge compressor kicking on and causing a electronic spike in the sensors, happened on all my previous brews as well.

Wondering if anyone else has had this happen before, first time using this yeast as well.

Beer is a basic White IPA that was 1.062 into the fermenter and one packet of dry Mangrove West Coast M44 pitched on top straight out of the packet.

The only other difference I saw was that it started fermenting within 4-6 hours of pitching which is also faster then I have had with other dry yeasts. 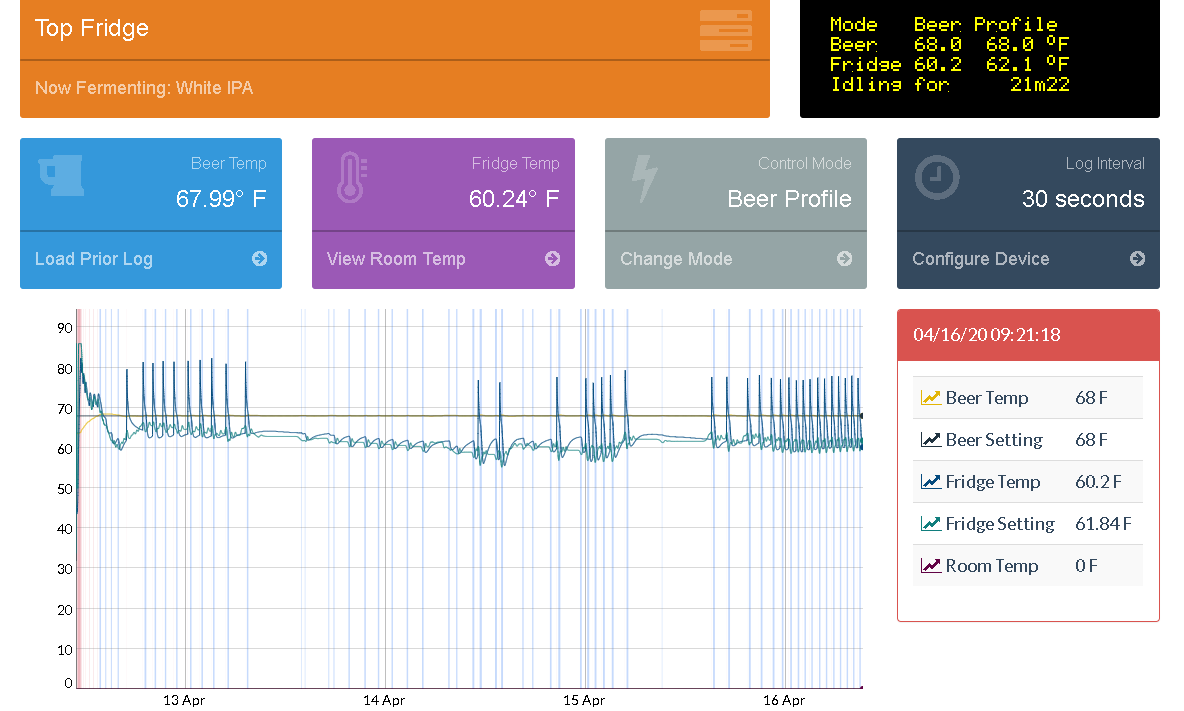 Where is the fridge? Could be that the ambient temperature kept things cool enough on the 14th and part of the 15th that the fridge didn't need to go on to keep the wort cool.
OP
J

Makes me want to start logging ambient temperature outside my fermenter fridges. It ranges from 52-54 in my basement with not much fluctuation unless we have stuff open. Temperature didn't change during those days.
You must log in or register to reply here.
Share:
Facebook Twitter Reddit Pinterest Tumblr WhatsApp Email Link