Fermentation never started... :'( What to do

I'm new to brewing and tried to make a first batch which was a failure... I actually have no idea why and I hope that some of you might know why.
1. We followed the recipe and waited for the wort to cool down (around 22C a recommended) before adding the yeast. Then we sealed the fermentation pot.
2. I'm in Thailand, so the average temperature is quiet high, my solution was to use a cooler like this with a waterproof pocket where i put ice and water. I changed the ice every 12h and the water temperature was between 20 and 24C as recommended : 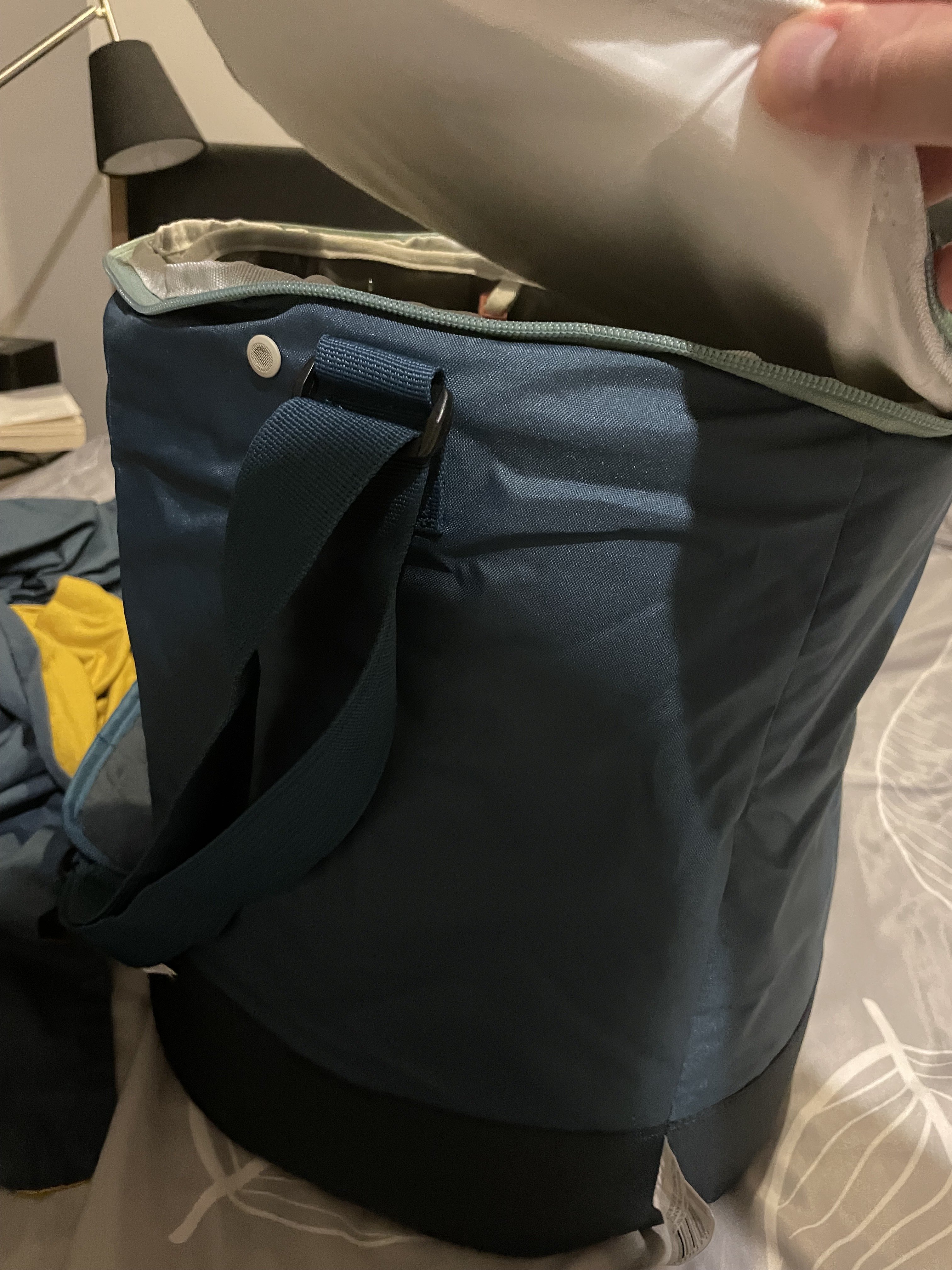 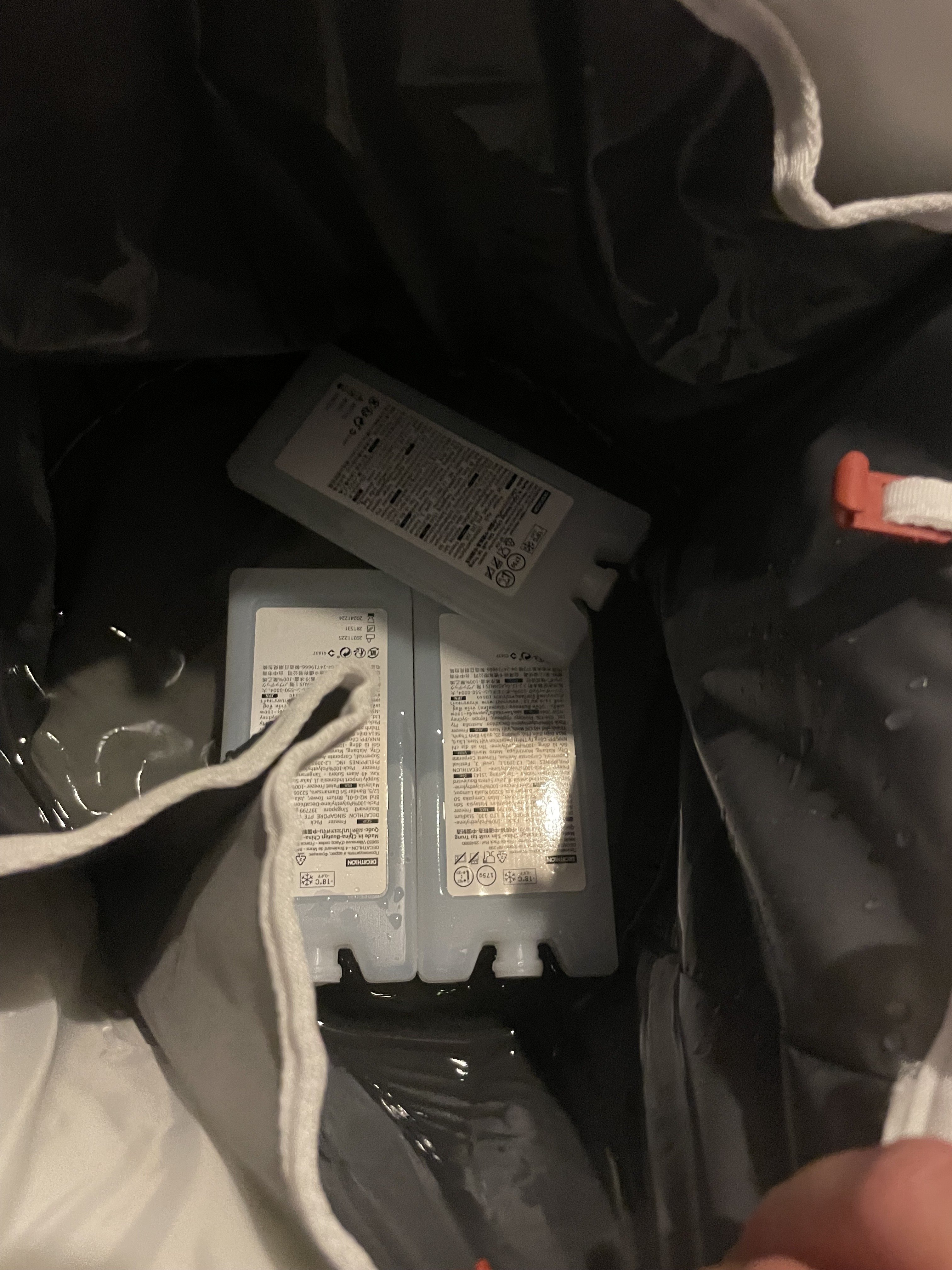 3. The fermenting pot was sealed, and no contact with extern air is possible, because when pushing on the cap the air lock start bubbling : 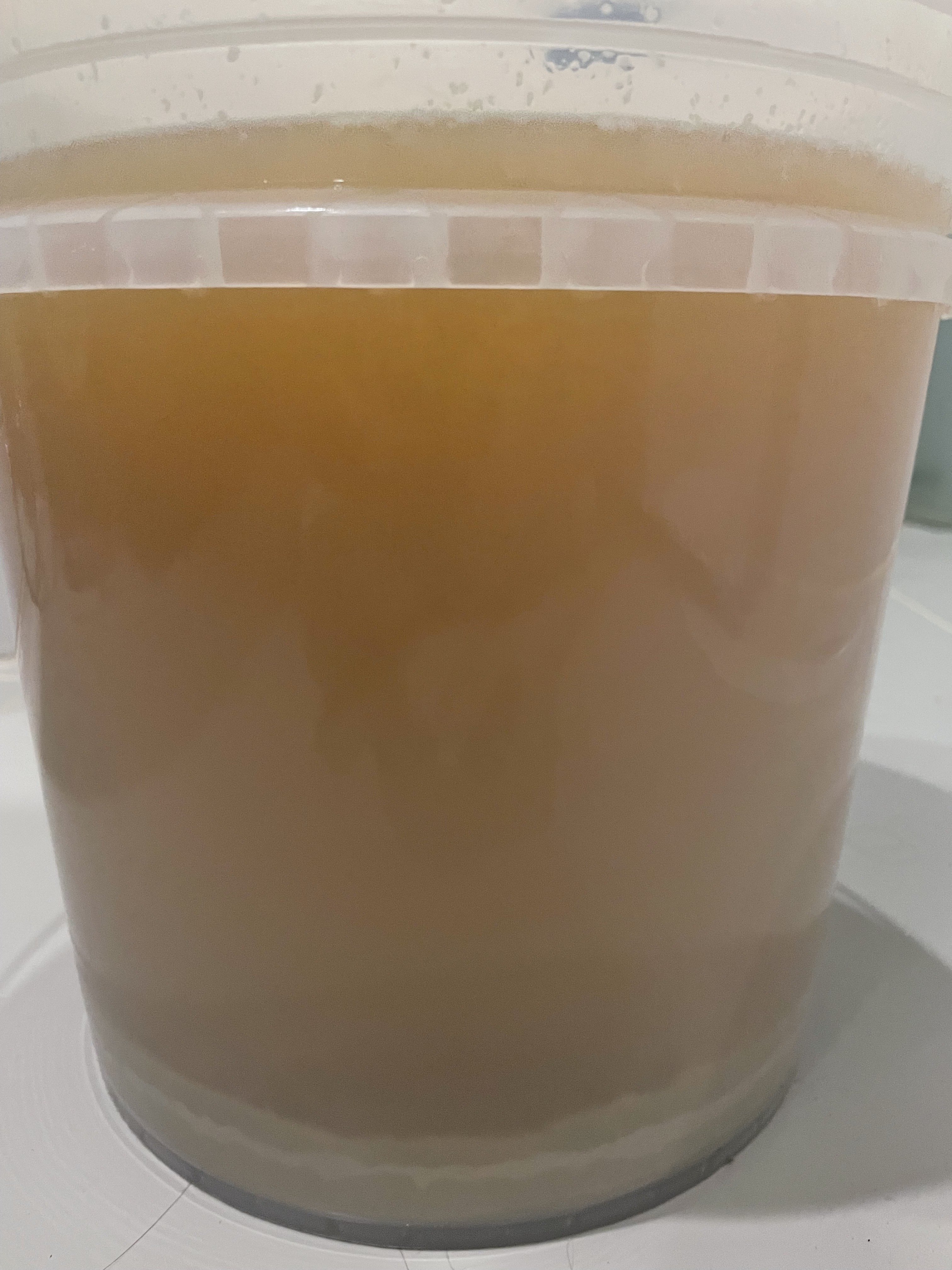 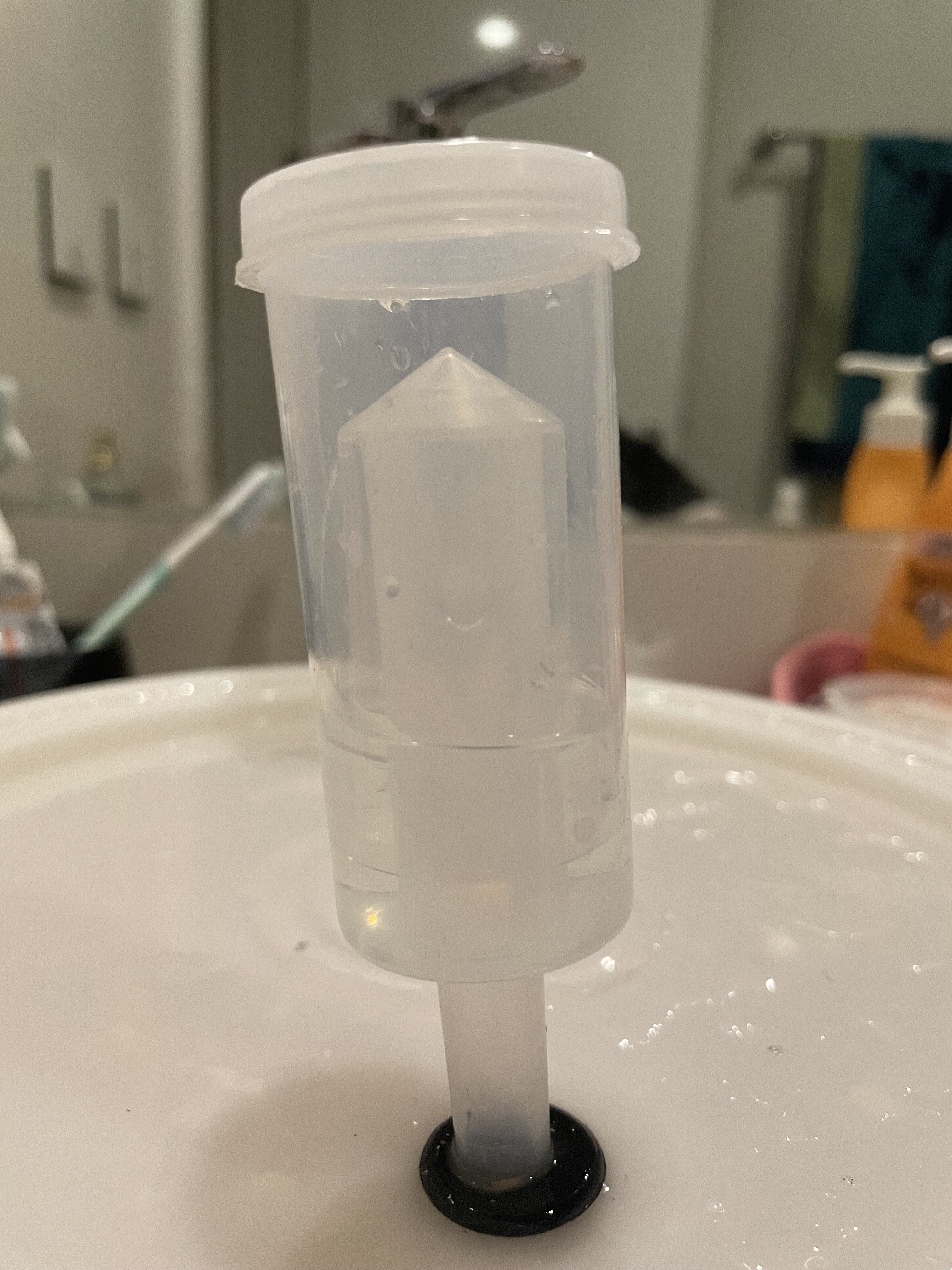 4. After 48h, no krausen and bubbling, i decided to add more yeast and when opening it smelled bad... 48h again later, no krausen.

5. Yesterday, there were rot in the pot, so i threw everything away . There was also some residues in the bottom: 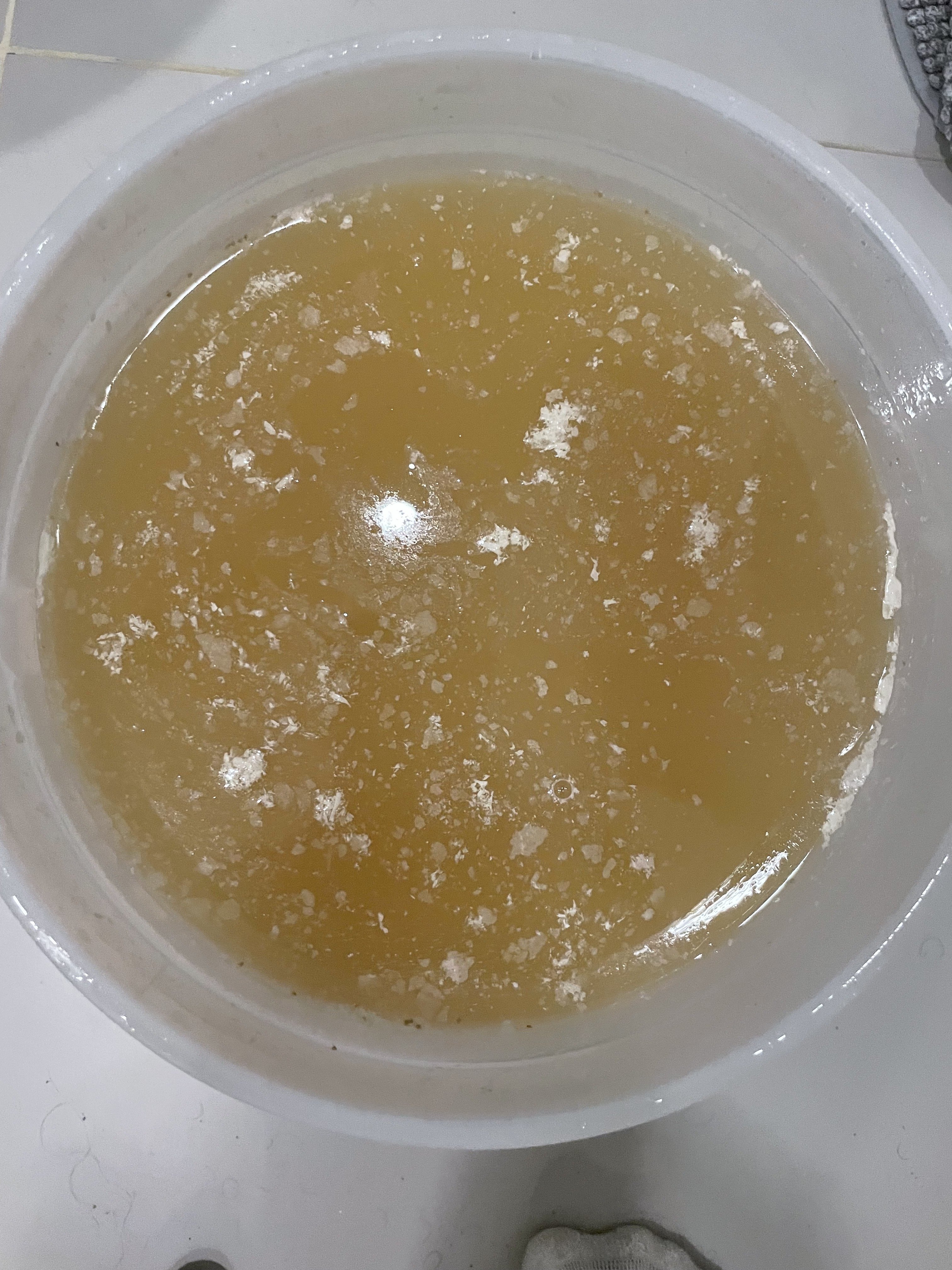 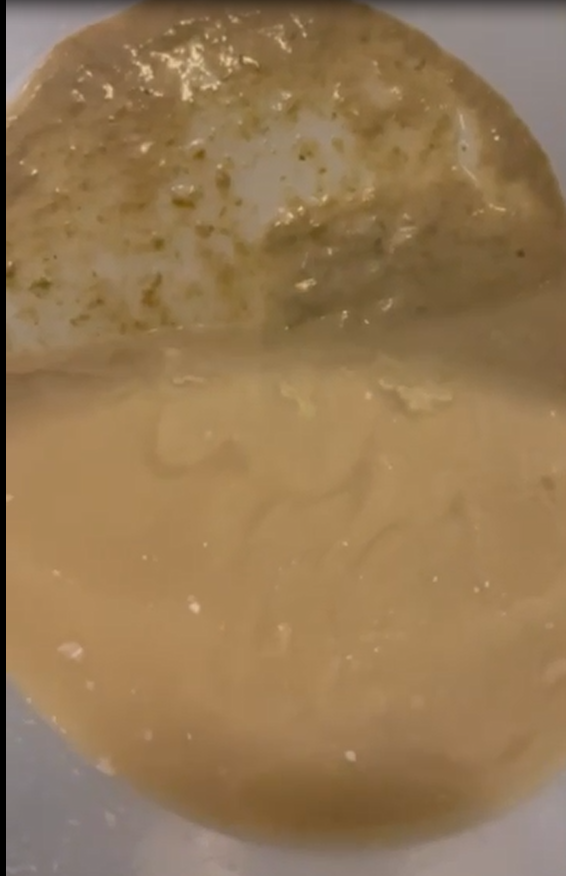 6. Last thing, i realized that closing the cooler pushed a little bit the airlock down, making air in the fermenter go away.

So what could have possibly go wrong here ? What should i do next time to nail my batch ?

Thanks for all your answers guys !!
G

What kind of yeast did you use?

And what was the recipe?

All kinds of things could have gone wrong. But some problems are far more common. The more info you can give us, the better we can help identify the problem.

It looks to me like fermentation did happen. The liquid level in the bubbler air lock looks like it may have been low and CO2 came out without making the bubbler go up and down. That or maybe the bag pushed the air lock enough to make it not sealed. I’ve seen kids on fermentation buckets that did not seal completely. There are quite a few ways that the lid or airlock were not quite sealed.

Without knowing the entire situation, I suspect that it fermented without you knowing it. I think your fermentation temperature control was in the right direction. If it smelled bad and that was mold on top, you may want to check your sanitation regimen.
OP
OP

Thank you all for these new leads ! The recipe was as follow : 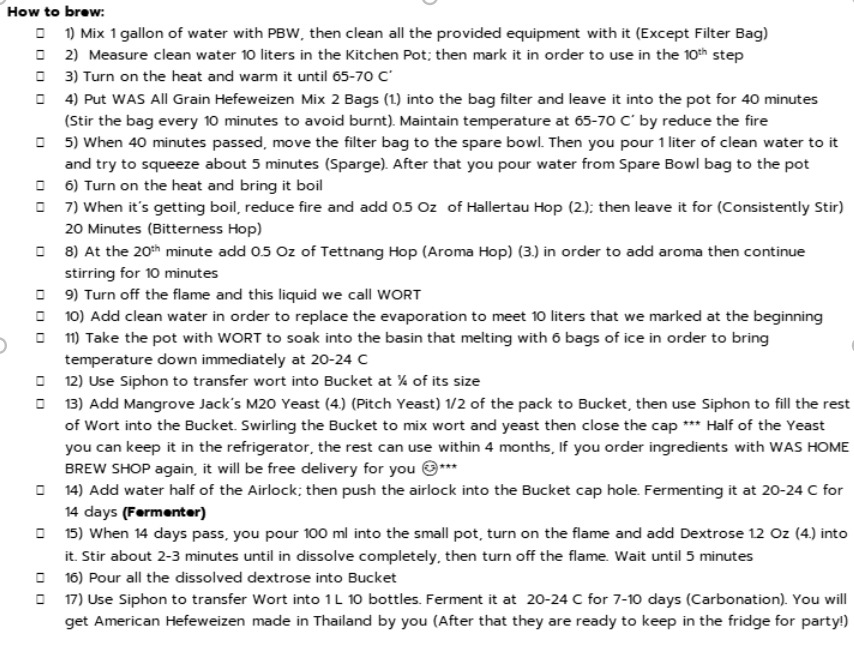 As stated, the yeasts are "mangrove Jack's M20".

About the sanitation, I think we were ok on this, we spend quiet some time have tools bathing in a bucket of Starsan.

I should also precise that we used mineral water, but I think it's the kind of water we are supposed to use, right?

About the airlock, I think that the cooler probably pushed it a little bit, because every 12 hours, on opening I had to refill it a bit. Maybe this kind of airlock is more suited for my case ? I feel like they won't poor any content in the bucket : 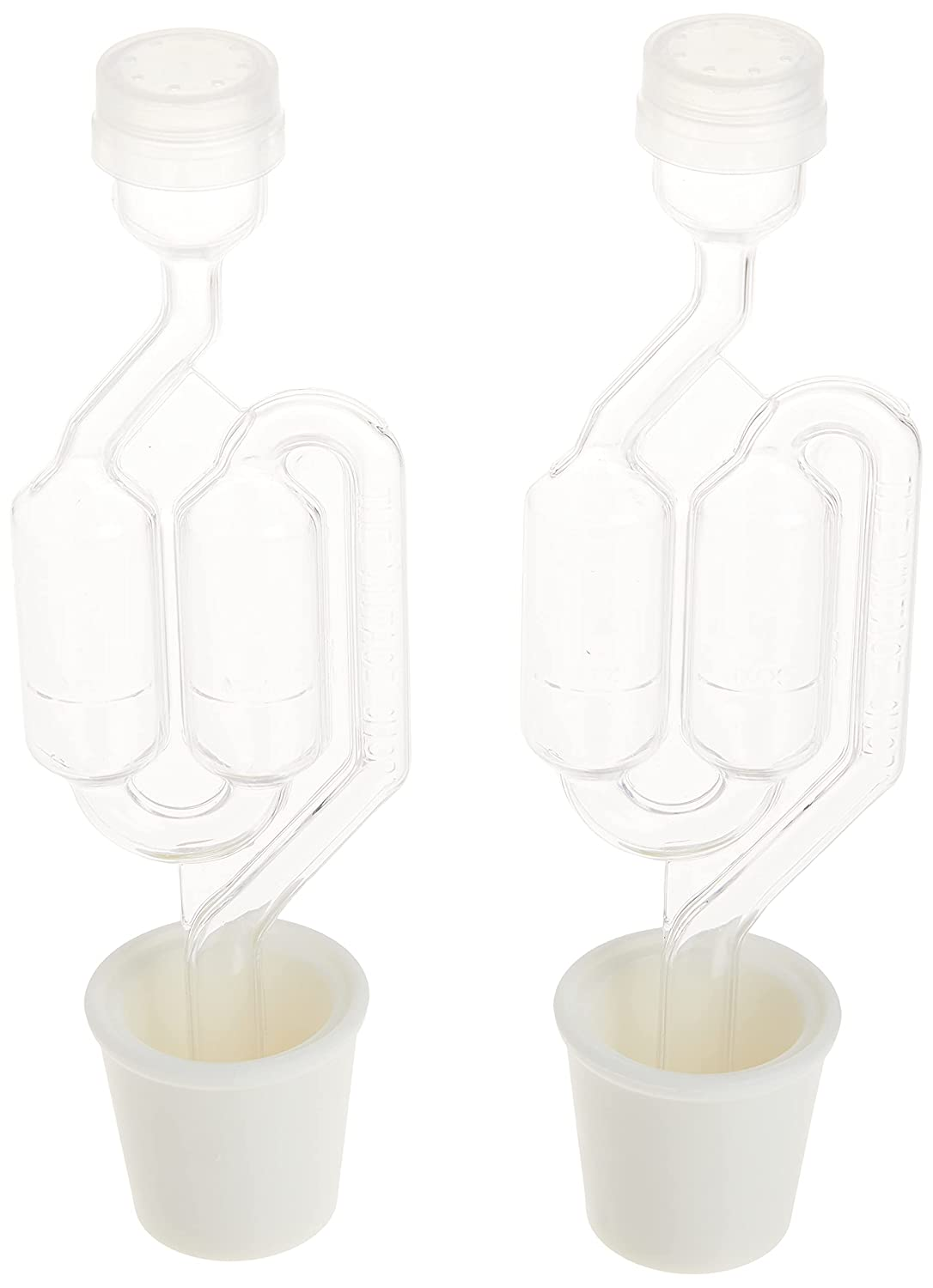 It's unlikely the packet of dry yeast (M20) was dead. Dry yeast packets (especially from main companies like MJ) last quite a while. There is a small chance, but I doubt it. (Note, not all batches will have large krausen. Each fermentation is different and sometimes the krausen is just a very thin layer of small bubbles on the surface. Or sometimes the entire krausen will rise and then sink over one night and you never really see it (but evidence can be seen in the form odd residue on the sides of the fermenter) -That is more common at higher temperatures).

If you mashed actual grains at right temps and then boiled the wort, then you should have fermentable wort (that doesn't seem like the problem).

It is much more common (as @Brewsmith said) that the fermenter (especially plastic buckets) didn't have an airtight seal, which can cause the airlock not to work/bubble. This can also allow a greater chance for infection. (What liquid did you put in the airlock?)

My guess is that the yeast was working, and may even have finished (the stuff on bottom looks pretty close to normal trube leftover form fermentation). But (again, as @Brewsmith suggested) you may have picked up an infection (the bad smell being one sign, and "mold" being another). Possible, but not certain.

Even if you did clean everything well, if air is leaking into the fermenter, and infection can happen. People often mistakenly believe they have an infection when they do not (brewing can produce odd smells and matter within the wort/beer), but it's definitely a possibility here based on your description and photos.

But the most common advice when an infection is suspected is to let the beer finish. You have nothing to really lose at that point, and it may (and often does) turn out fine. If the "infection" continues to get worse, then go ahead and dump it. But often, suspected infections turn out to be nothing (or at least, nothing that ruins the beer).

And one VERY common piece of advice is to resist the urge to unnecessarily open the fermenter. When you open it, the odds of infection go up. So just leave it sealed and leave it alone as much as possible. Fermentation can take anywhere from 3 days to 3 weeks. But if the fermenter is properly sealed, leaving the beer in there an extra fews day or even weeks shouldn't be a problem.

One additional area of investigation: How clean/new is the inside of that bag? If the fermenter is inside the bag & air is getting in to the fermenter, the quality of air inside the bad could be an issue. Also, note that when the temperature drops (like when you replenish the ice) the fermenter may "suck" back in some air due the liquid condensing. It wouldn't be much and a properly working airlock (with sanitized liquid) should help if the fermenter is otherwise sealed. But it's snother reason I'm curious about the condition of the bag.
Last edited: Nov 29, 2022

flambix said:
4. After 48h, no krausen and bubbling, i decided to add more yeast and when opening it smelled bad... 48h again later, no krausen.
Click to expand...

As said before, don't judge lack of fermentation by lack of airlock activity. Many bucket lids don't seal well enough to build enough pressure to push the airlock shuttle up, which is totally fine.

Some (many?) fermentations don't smell great. What did it smell like?

I gather this is a 10 liter batch, hence using only half the pack of yeast.
It's very possible fermentation was done or mostly done after 4 days. Higher temps speed up that process (but usually not making better beer). Low and slow is better.


flambix said:
5. Yesterday, there were rot in the pot, so i threw everything away . There was also some residues in the bottom:
Click to expand...

What do you mean with rot? ^

I see a few hazy patches floating on top of your beer in the bucket. They're possibly krausen remnants. Or it could also be the forming of a pellicle due to some wild yeast that got in. Not always bad.

One thing stands out, which I think is important:
I don't see any mentioning about sanitation (or using a sanitizer), and making sure that everything that touches your cooled wort or beer is sanitary (clean and sanitized).
Using a sanitizer is not a luxury when brewing beer. PBW is a cleaner not a sanitizer, it's merely an (alkaline) cleaner. Once it's rinsed off the surfaces they don't remain sanitized.

StarSan or Iodophor (or Povidone) are common sanitizers often used in brewing. Either will keep surfaces sanitary as long as they're still wet with it.

BTW, judging by the amount of yeast (sludge) on the bottom of your empty fermentation bucket, you had a good solid fermentation!

Although missing from the (crappy) instructions, I did see you used Starsan to sanitize your equipment.
You don't need to make buckets full of it (it's pretty darn expensive). A small amount 1-2 liters in a small container is plenty. Use a small clean wash cloth drenched in it to wash/mop all surfaces and utensils that touch your cooled wort or beer with the Starsan solution. It takes about a minute of contact time to attain full sanitation. It's best not to rinse it off, it's safe to ingest small amounts that cling to surfaces.
G

Good point by @IslandLizard - your follow-up post mentions putting the tools in starsan. But did you also use starsan to sanitize the fermenter?

As for your latter questions:

1. Checking mash temperature in the grains is better, but not absolutely necessary. I would get the temp from the liquid itself though and not the side of the kettle.

2. During fermentation, I would just go by the temperature of the water bath. It will be close enough to know if new ice packs are needed. Opening the fermenter needlessly creates an opportunity for infection and oxidization.

B
Low ABV day 4 of fermentation. Is this normal?