One thing that most brewers know is that your fermentation plays a big role in how your final beer tastes. If you didn’t know that before, now you do, you just read it. In this article, we look for flavor contributions beyond the grain bill & hop additions, and see how we can bend fermentation driven flavors to our will. 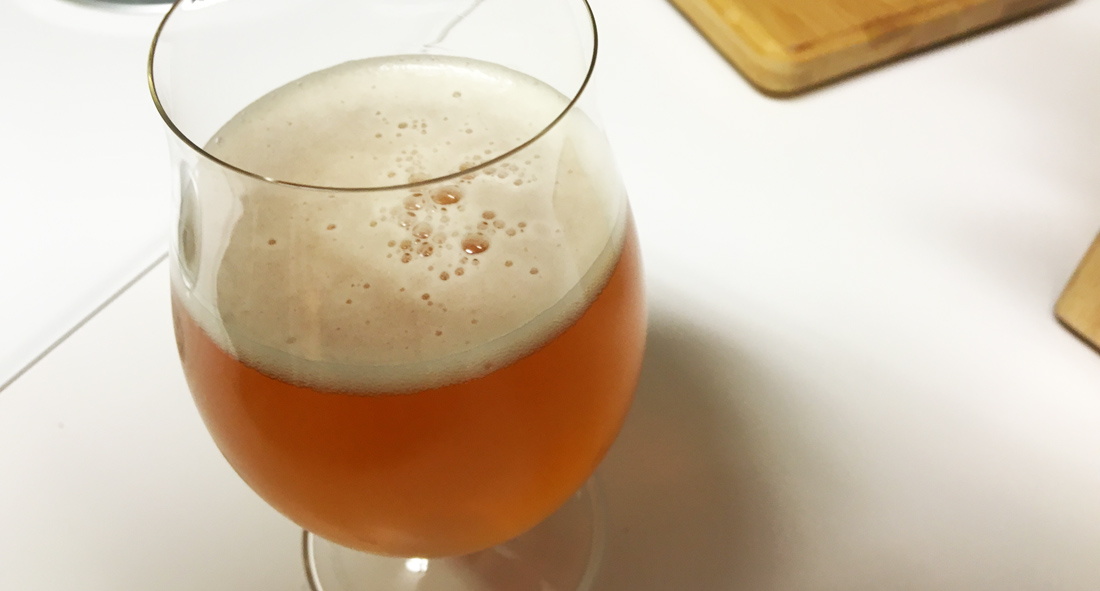 One major contributor of fermentation driven flavors are esters. You may have heard that word thrown around a lot before, and it can get confusing as to the meaning.
“This beer is an estery mess” or “This beer has a nice ester profile”. Well now there’s a fork in the road. We have good esters and bad esters it seems. So what makes a good ester good and a bad ester bad? Three things will answer this question:
1. The type of ester you have in your beer:
Here some of the common ones you’ve likely experienced at one point or another in a homebrew or commercial beer.
Isoamyl Acetate - Produces ripe banana flavors
Ethyl Acetate - Nail polish remover when levels are high, yum
Ethyl Butyrate - Tropical fruit
Ethyl Caprylate - Apricot, pineapple
Ethyl Caproate - Apple, pear, pineapple
This list goes on for a long time, and one thing you may have noticed is that there is some overlap. The important takeaway is that esters can play a hefty role in the flavor and aroma of your beer.
2.The style of beer you’re brewing:
So there are a lot of different types of esters, that all provide flavors to your beer. Some good, some not so good. Now you have to turn to the style of beer you’re brewing to let you know if the esters in your beer are good or a hot mess. Hint: The nail polish remover one is usually in the hot mess department.
The Classic Example: German Hefeweizens are probably the first thing that popped into your mind when you read “banana”. That’s right, certain German Wheat beers call for Isoamyl acetate to get its banana on. It certainly isn’t coming from the wheat or 2-row.
More Abstract Examples: British beers and New England Style IPAs. British yeasts produce a more fruity profile than many American ale yeasts. New England IPAs rely on esters to boost the “fruit juice” aspect of the style.
Here’s the takeaway from the second part. Yeast (not the grain bill), create the esters in your beer. In Hefeweizens, your German Wheat yeast of choice will be contributing the banana. In British beers and New England IPAs, the British yeast strains will be contributing some fruity aspects to your beers. The yeast strains you buy at homebrew stores have been bred to contribute more of the ideal esters per style than others. This is in addition to yeast itself, which has evolved to produce more fruity aromas to attract fruit flies. These annoying insects transport yeast cells to new food sources, so the yeast produce an aroma that attracts them.
3.Fermentation Temperature: The temperature your beer is fermenting at also helps determine the ester profile in your beer. Fermenting at higher temps typically increases the amount of esters in the final beer, and lower temps tend to restrict ester contribution.

Use brettanomyces to turn butyric acid into liquid gold
Yeast selection and temperature play big roles in the esters you get in your beer. For example, butyric acid (vomit, bile, cheesy), can be converted into ethyl butyrate by brettanomyces. So using the right fermenters (the things fermenting your beer, not the vessel) can lead to big wins in the beer flavor department.

The next thing to look at is Phenols. Like esters, they provide good and bad things to your beer based on the unique situation of your fermentation. Fermentation driven examples of phenols:
The classic “Brettanomyces character” (4-ethyl-phenol). Brett can contribute a lot of different flavors ranging from a clean fermentation, to wet hay, to cherry pie. The easiest way to create more of the “hay” funk in your brett beers is to give it some competition in the fermentation. To put it simply, stress is proportional to funky flavor contribution. This is also somewhat true with regular yeast (as we see esters and other flavors being produced at higher fermentation temps. Just remember it’s not always a good thing).
The “clove” in Belgian and some wheat beers (4-vinyl guaiacol). This clove character is commonly found in wheat beers and Belgian style beers. You can drive this flavor by doing a mash rest at 113F, or increasing the fermentation temperature.
“Vanilla” via vanillin (4-hydroxy-3-methoxybenzaldehyde). Guess what this resembles. You said vanilla right? Very minor amounts of phenol can be contributed if yeast is allowed to break down the cell walls of barley, however the best tried and true way to boost vanillin in your beer is with oak. Medium Toast, typically holds the most. 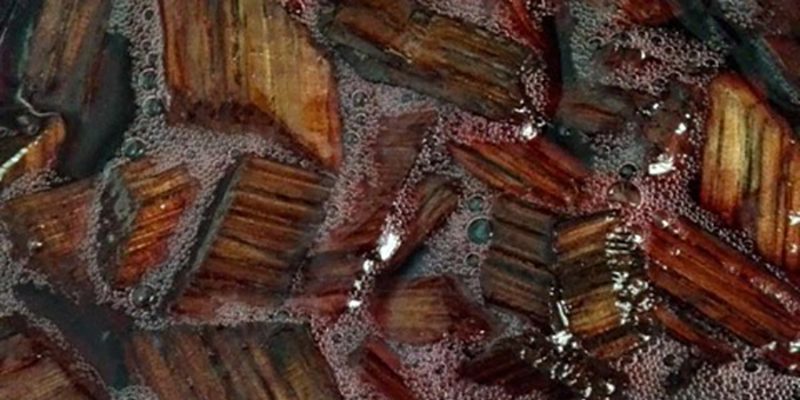 Now those are all pretty good in the right beer in the right amount. So, what about the bad? The presence of chlorine (found in most tap water, and pool water, but you hopefully don’t brew with pool water), can create phenols in your final beer that give it an astringent mouthwash-like taste. You can also get Chlorophenols which can occur when chlorine is present in the brewing water, or fermentation temperature runs too high. Chlorophenols add a cherry cough syrup flavor and lingering after-taste in the roof of your mouth. To me this is one of the easiest off flavors to detect, and maybe you've experienced it yourself once or twice.

There are a few other flavors that you can pick up during the fermentation that aren’t phenols or esters. The examples below are "bonus" flavors, typically caused by poor fermentation management or rushing things.
Diacetyl: This contributes a buttered popcorn flavor to the beer. It is actually produced by yeast during the lag phase of fermentation. This gets cleaned up during the end of fermentation after a couple weeks. However, if the lag phase is too long because of too low of a temperature or under-pitching, more diacetyl is produced than can be cleaned up later, causing the off flavor in the final beer.
Acetaldehyde: This is produced during fermentation, the amount varies by strain, but it present and undesired, typically more aging time before packaging is required.
Fusels: Fusel alcohols are alcohols that have more than two carbon molecules (Ethanol has 2). They are more common when fermentation temperatures are higher or yeast nutrition is poor (this is especially true in mead making).
There’s a lot that can happen to your beer in two weeks as far as flavor is concerned. Thankfully, most of it us under our control and sometimes we can even use it to our advantage in homebrewing.

Thank you, nice article. Most home brewers understand the importance of using different yeasts based on style alone. My understanding of the science is limited but reading articles such as yours backs up real world experiences. One thing I'd be very interested in reading, and brewing, would be a follow-up article on how to create a beer that emphasizes a specific ester and perhaps another the demonstrates how to bring out phenols such as the use oak for vanilla flavored phenols. It could be presented in a way to "add" the characteristic to our own recipes or a recipe of your choosing. Either way, it would be nice to have a solid starting point and sound, knowledgeable instructions so I can create a few experimental brews. Thanks again.
That is what I'd like to see too!
A question I have is what tastes can we expect from acetaldehyde and fusels? Thanks!
great article
You must log in or register to reply here.
Share:
Facebook Twitter Reddit Pinterest Tumblr WhatsApp Email Link

Mar 8, 2019
Brandon
B
M
Secondary fermentation and why it makes me crazy