Have a question about the 1118 yeast. Is it possible to get a abv of 21% out of a yeast rated for 18%, bc if I read my hydrometer correct then my lil experiment has reach a 21%. Thanks for any and all advice.

what was the experiment??? some times solids in the must will over inflate the OG then as the solids drop out you will get a more accurate SG or FG reading resulting in a higher AVB rating than it really has. also what was your recipe as we can estimate your ABV based on quantity of sugar.

pizzaisgood said:
Have a question about the 1118 yeast. Is it possible to get a abv of 21% out of a yeast rated for 18%, bc if I read my hydrometer correct then my lil experiment has reach a 21%. Thanks for any and all advice.
Click to expand...

Yes. Alcohol tolerance can often be pushed higher by incremental feeding, healthy yeast, and simple sugars. It would not be terribly uncommon to get 20% out of EC1118.
OP
P

well it started of with a half gallon of left over white grape cherry wine that I added the f pack of pomegranite syrup from a kit to. So starting out the original batch recipe was
1.5 gal of welch's white grape cherry juice
2 lbs. sugar
pectic enzyme
yeast nutrient
ec- 1118 yeast. the starting SG was 1.107 and then when i racked the reading was 1.004 so then i took the left over half gallon and mixed it with the f pack and a lil water and nutrient and energizer. which kicked the SG to 1.084. and today when I racked my reading was 1.027. all readings have been temp adjusted. and thats pretty much what I did.

yep I think you are there based on the quantity of sugar. As yopper said incrementally adding sugar especially to "the beast" can get you that higher ABV above normal tolerance. And that second shot of sugar is what did it I am sure.
OP
P

cool thank you guys and just to let you know, so far it doesnt taste real great. I was just bored at the time and thought I would try it.

With that ABV, I would bottle it up, and let it sit 1 year MINIMUM!!!!

Leave it for 9-12 months (in bulk if you can) and then sample some... Something with a high ABV (anything over 18% is very high) needs more time to become great. My general rule of thumb is if it's at/over 18% don't even think about trying/drinking it for a solid year.
OP
P

ok will try my hardest to just forget about it.

Don't completely forget about it... Check on it every so often, especially if you fit it with an airlock. You'll want to keep liquid in the airlock. After a while you can swap that for a solid bung/stopper, but still check on it. Keep it where the temperature is stable, and cooler, and it will age even better.
OP
P

Golddiggie said:
Don't completely forget about it... Check on it every so often, especially if you fit it with an airlock. You'll want to keep liquid in the airlock. After a while you can swap that for a solid bung/stopper, but still check on it. Keep it where the temperature is stable, and cooler, and it will age even better.
Click to expand...

When would u consider it as aging? Like what I mean is, would that year start when it's nice and clear or when I started it? I hope I made some since in that jumble of words, if not I will try to explain again.

I would go for a year from when it started fermenting. Rack as it needs, but no more than once every month. If you let it go a few months after the first racking, it should still be fine. I racked once the yeast was 100% finished, then every few months for my batches that used EC-1118. The last batch that I bottled was racked after about 10-11 months in vessel (it's not fermenting, just aging/getting better) onto some oak cubes. It sat there for about 5=6 weeks before I moved it into a keg so that I could take it home to bottle (was in my brew-buddy's basement). Here we are some months later (that was November of 2011) and the bottles continue to improve.

I'll probably finally be racking another batch of mead that I made with the Wyeast Eau de Vie strain tomorrow/Sunday. I started it on December 5th and it's finally getting to the point where I'm 99% sure it's done fermenting. It should be at ~21% ABV by now, or as close as it's going to get. The proof will be in the SG reading when I transfer it to it's new home. It will sit there for at least several months before I start adding flavor elements to it. I'm planning on an 18-24 month cycle with this batch.

Point is, plan on long time frames with mead. Especially if you're going above ~14% ABV. As for what I would consider aging, that's once fermentation has stopped and you've racked it to another vessel. It won't hurt to have it age for a solid year, or more.
OP
P

Awesome, glad You was able to understand my jibberish. Thanks for taking the time to learn me a thing or two.

IME/IMO, mead is something that seriously deserves patience from the maker/mazer. While it's not as complicated, up front, as beer, it does present it's own 'technical challenges' for some. But, once you've made a few good (or really, really good) batches, it starts to click.

I have a 14% blackberry melomel that I made at the same time as my initial batches (day before Thanksgiving 2010) that was not good (at all) after about 8 months. I'm planning to chill some down soon to test/sample to see how it's aging. I know that, eventually, it will become great, so now it's just a matter of finding out when that's starting.
OP
P

just wanted to update any one who might wanna know. Just racked it today and is very clear and pretty. The taste has improved greatly but still is hot. Oh and one question if you will. My gravity reading has seemed to went up six pionts since the last reading three weeks ago, does anyone have a clue to why? Thank You Very Much in advance! 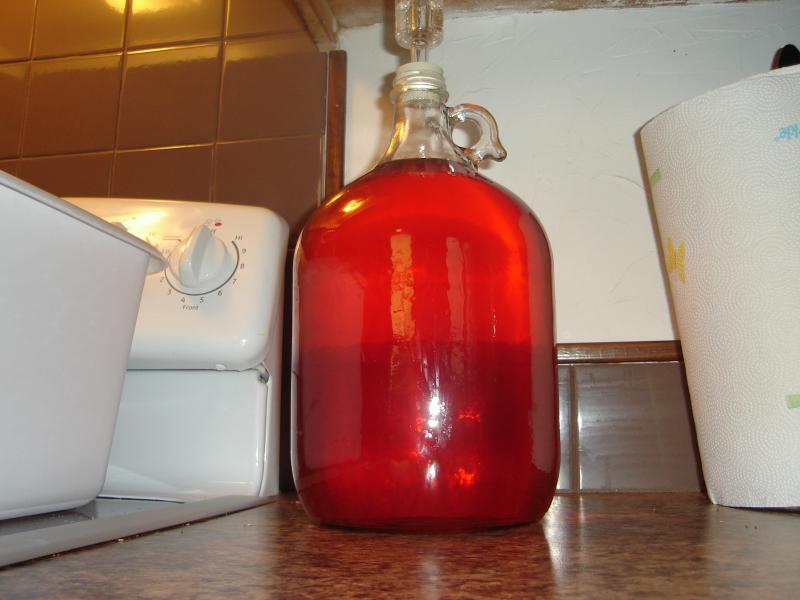 Should I rehydrate EC-1118 or not bother? Pitching soon.