My cascade is already starting to throw burrs. This is the plant’s 6th year, transplanted two seasons ago. I’ve never seen it start to flower this early. Usually the first flowers appear around the solstice, like clockwork. It doesn’t seem to be stressed at all. I’m wondering if training it horizontally has somehow triggered the early flowering. The side arms are particularly crazy this year.

Here are some pictures. Hard to tell, but the longest bine is around 15’ long. 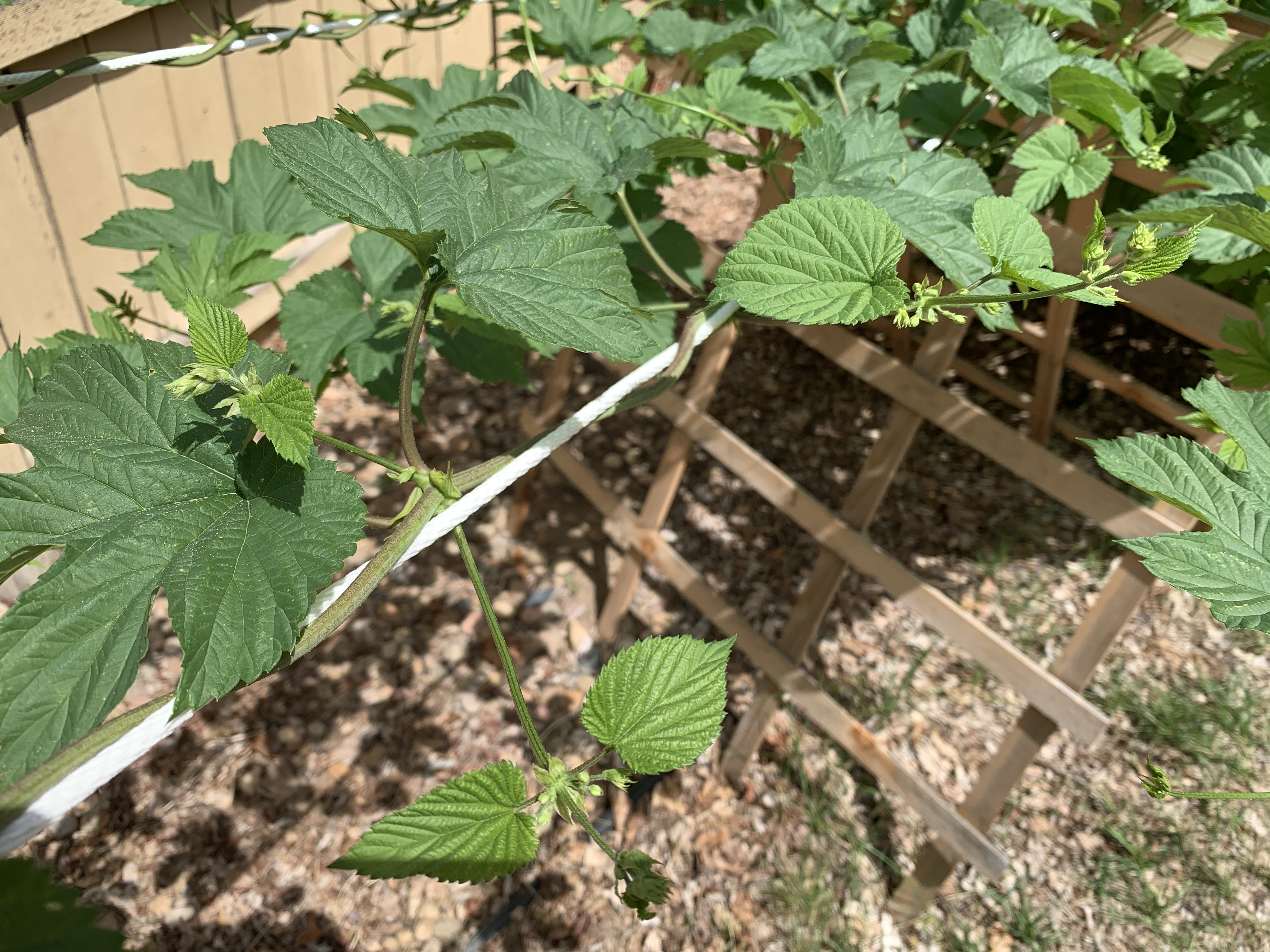 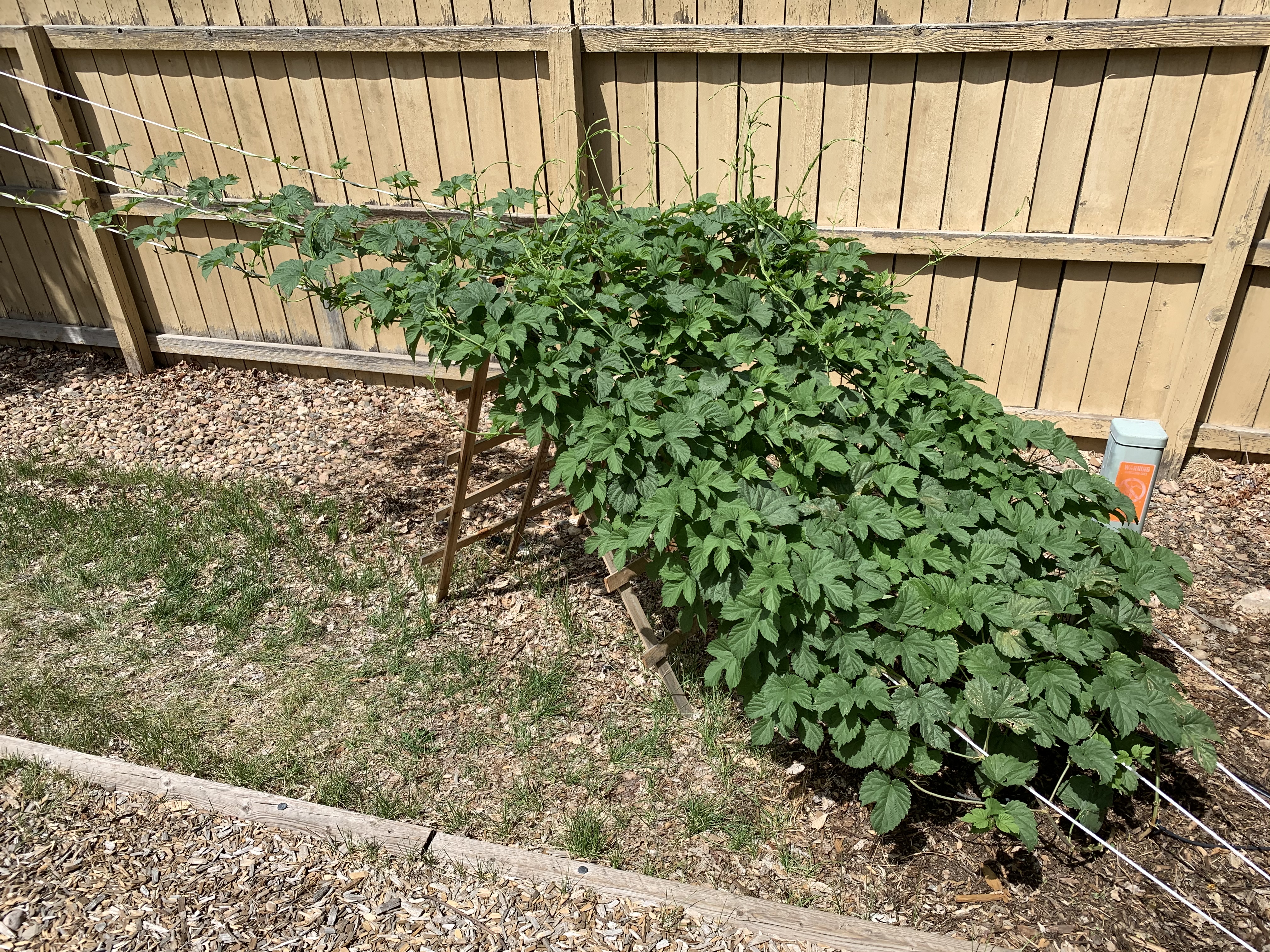 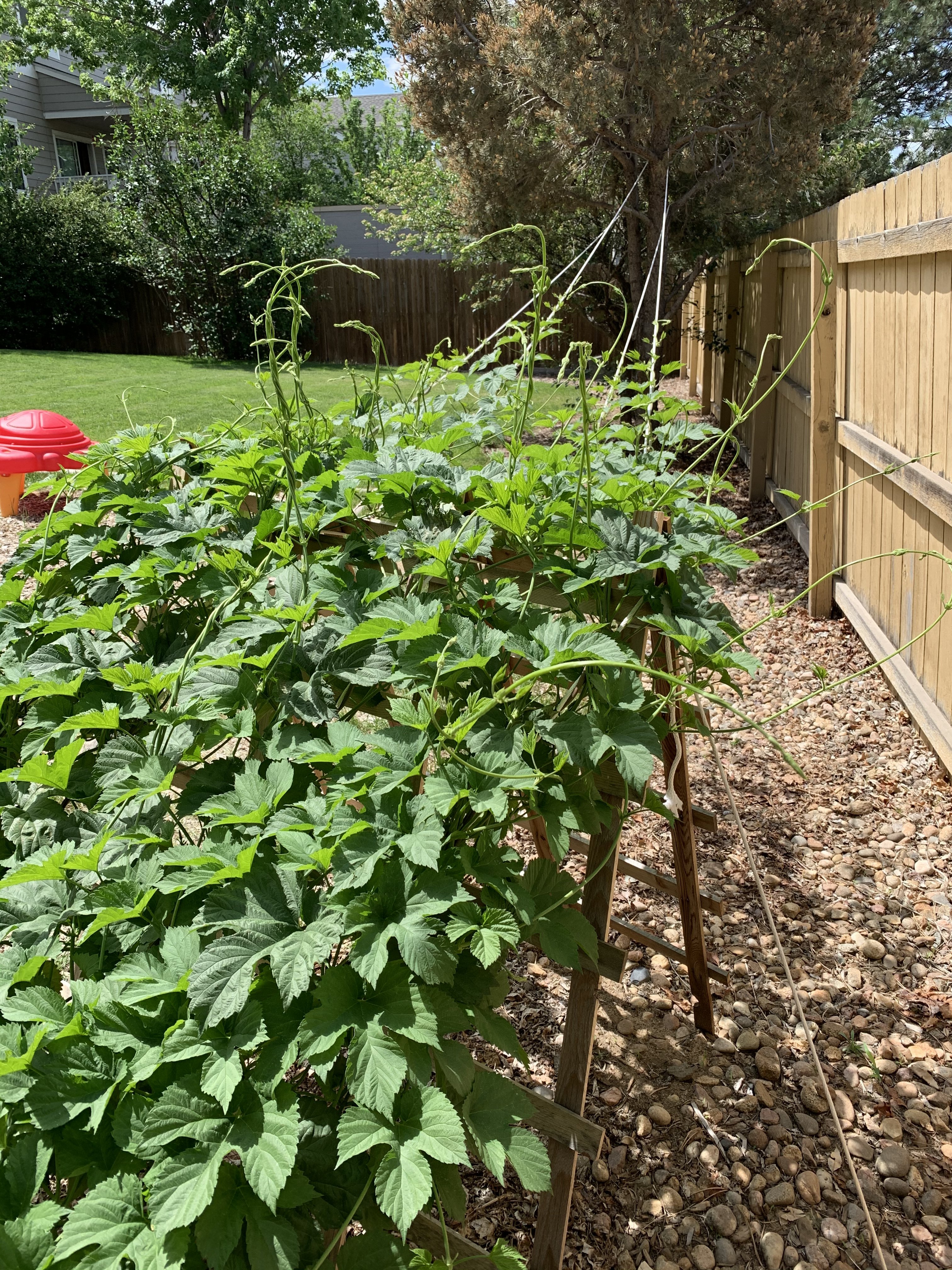 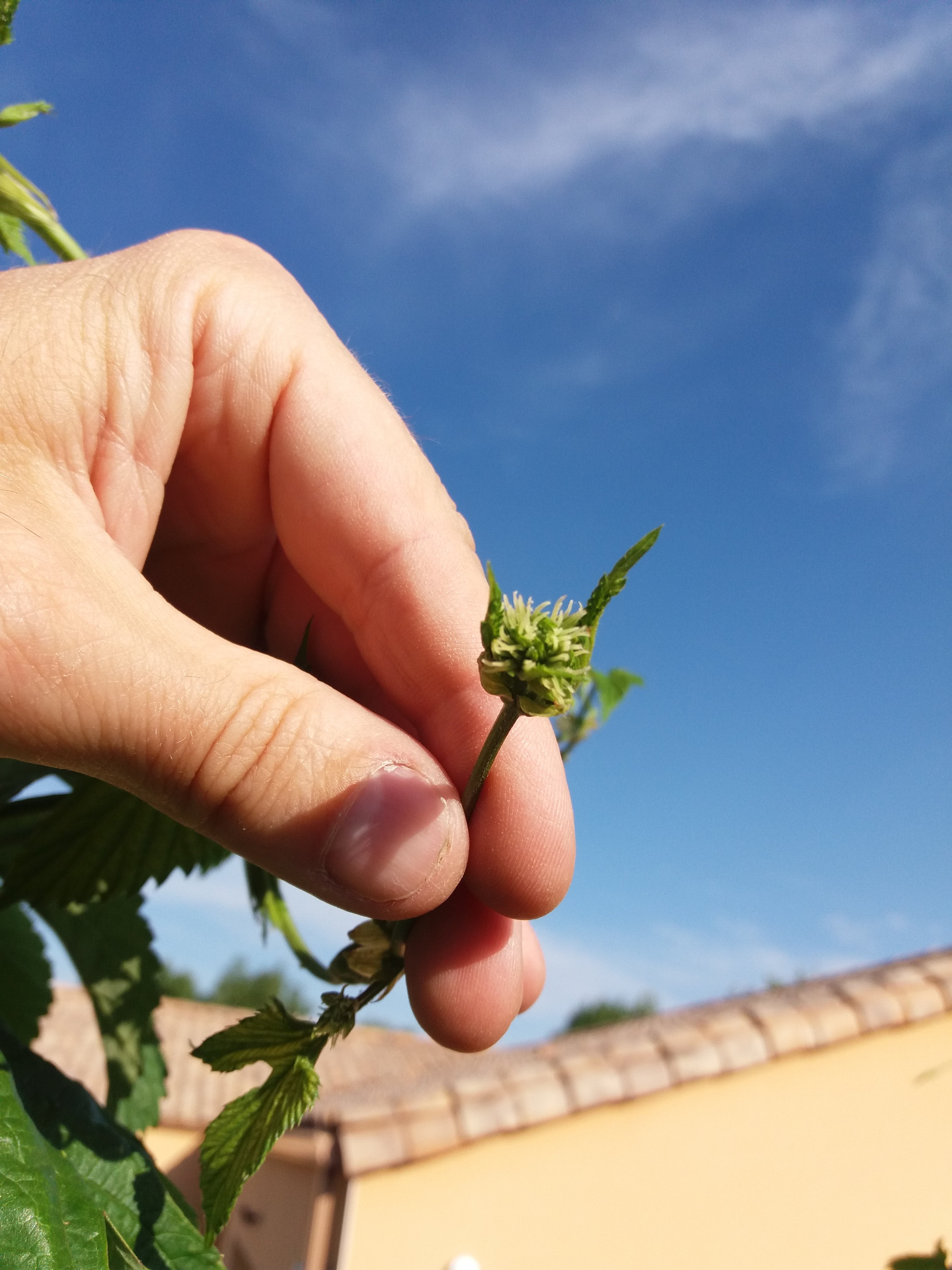 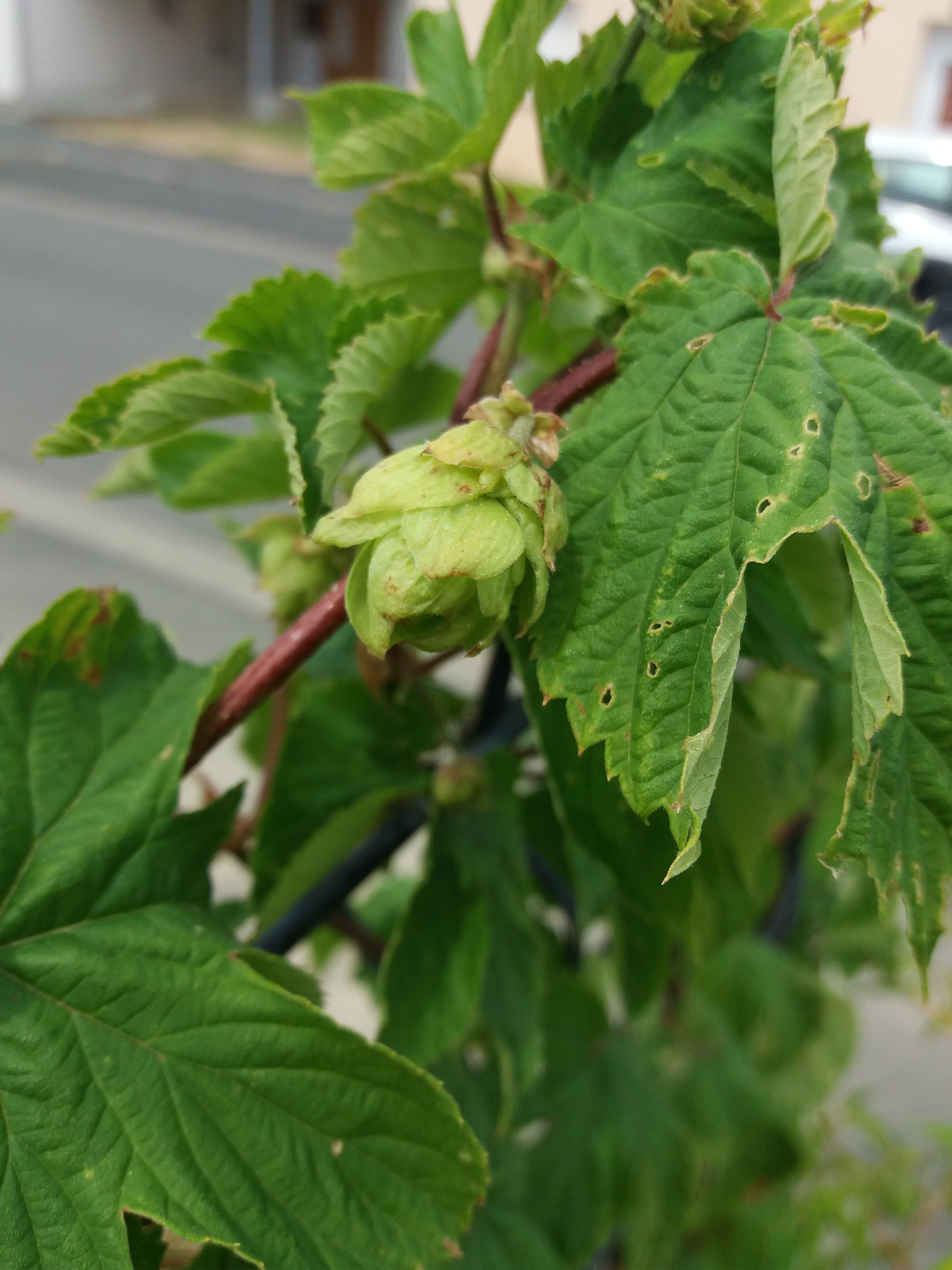 Does it get sun for the full day, or is it in shade part of the day?
OP
K

It get’s some shade starting around 6pm in the evening; on account of the fence right next to it. But otherwise, it’s one of the sunniest spots available in my yard.

One factor that helps induce flowering is the shortening of the day length at solstice. Another factor is that a certain number of nodes have to be produced (varies from variety to variety) before flowering is initiated. By growing them more horizontally, the plants tend to produce nodes with much shorter distance between them (node being where the leaves and sidearms are located along the stem) and will thus help it to hit it's node requirement sooner than if it was to be grown vertical. There was some research done on this over at Wye College and also in Germany many years ago.
OP
K

That is great info. Thanks! It must be the node number has been reached. The side arms are absolutely massive and insane this year.

Honestly, an early harvest for my cascade would be welcome. Would likely stagger the harvests between the other varieties.
A

I planted three Cascade rhizomes this year...two in the ground and one in a large pot (that gets the most sun of the three). One of the plants in the ground, along with the one in the pot, are growing at a moderate pace with no flowering yet. The second one in the ground (which gets less direct sun than its brother in the ground) has grown further up the twine but is less 'bushy.' It is already flowering as well, whereas the other two have yet to do so. All have some nice sidearms going.
A

Kaz: what part of the country are you in? North FL here. Cascade was recommended for the heat up this way...curious as to where everyone else is having good luck with it.
OP
K

I live the Denver metro area. Colorado is pretty a decent hop growing climate, minus the hail and crazy winds we get somewhat regularly.

Early Burrs...Anybody else have flowers growing? I do!