I have a couple of varieties of hops that seem to be ripening earlier than others, the cones are already large, and look like they might be ready to harvest soon. Problem is I can't find where I noted positions of hops in garden, so I don't know what they are. Trying to use this early ripening trait to help guess at ID.

The cones on my Cascade (one of the few where I remembered placement) are only about half developed, for reference. Both of these early flowering hops are doing quite well, with Cascade being only variety growing faster, if that is a clue, so they are probably in the "easier to grow" category.

Possibilities include Crystal, Mt Hood, Sterling, Willamette and Tetanger. Slight possibility of Golding, but pretty sure that one did not survive first season. One of the others did not make it either, but not sure which.

OK, here is one plant; 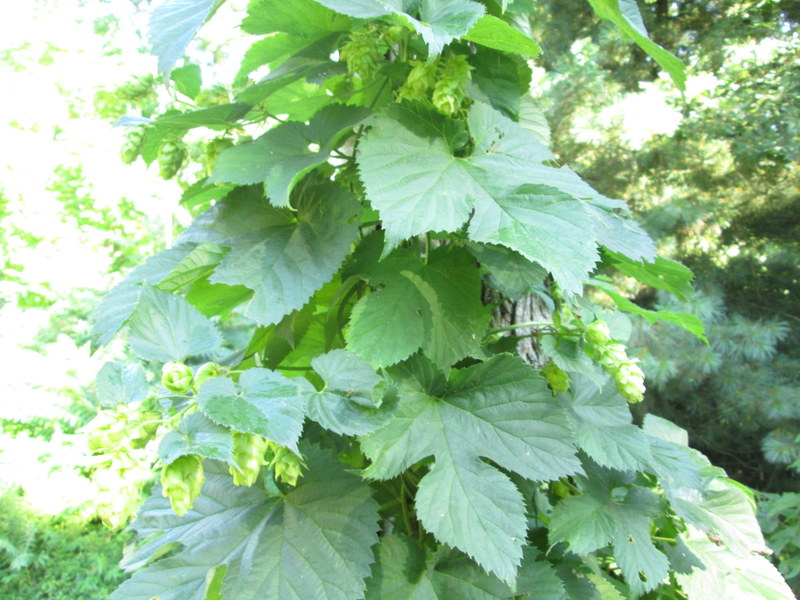 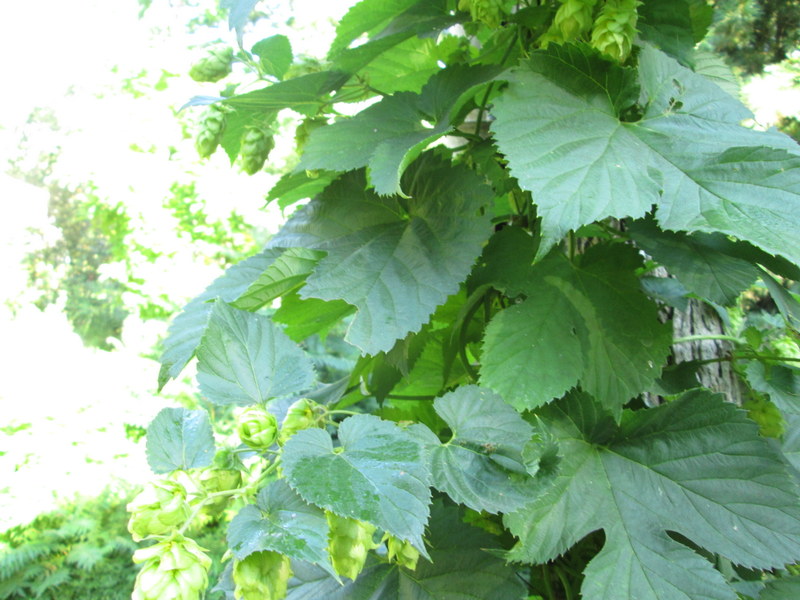 This is the other, which actually looks ready to harvest now. If pictures don't show it, the cones on this one are pretty big. 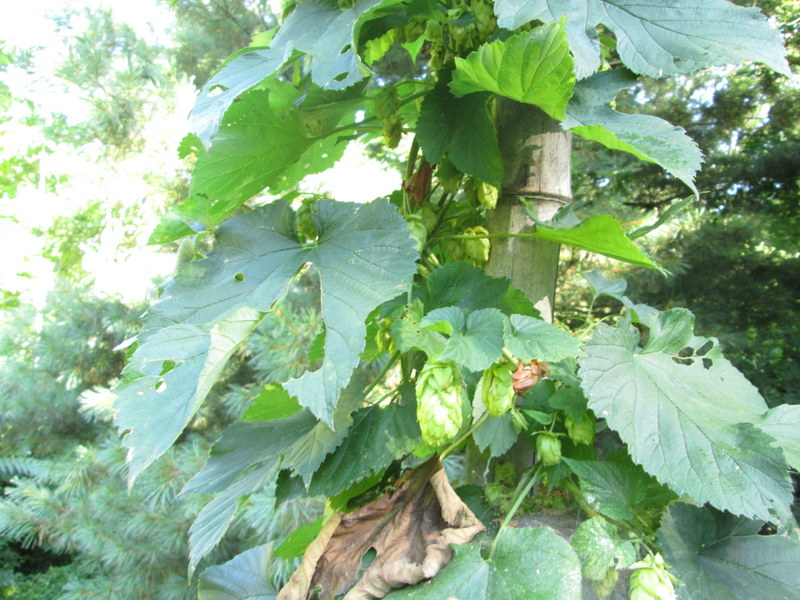 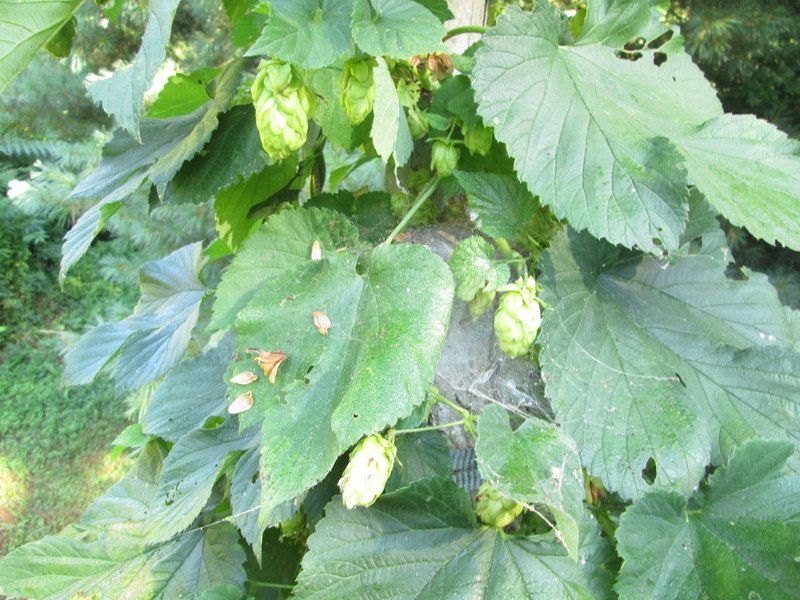 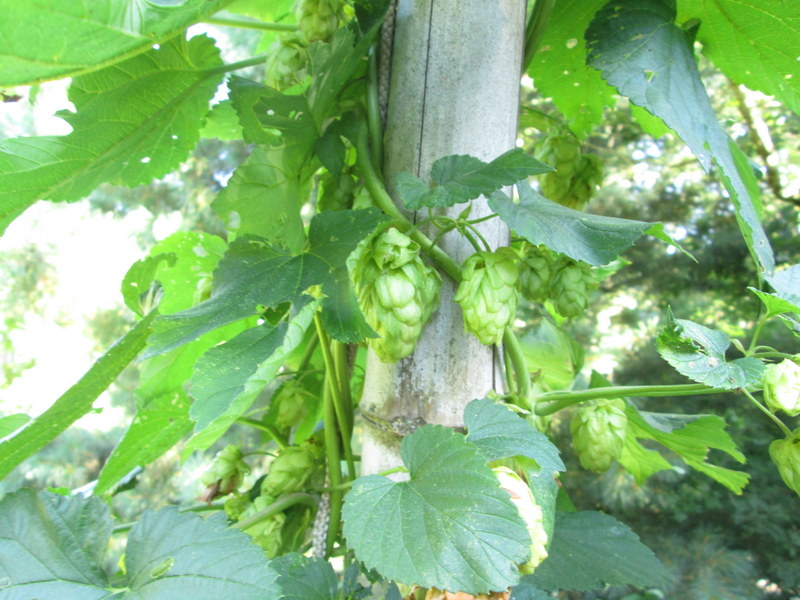 In context, here are pictures of four plants, including the two above. The other picture is Cascade. I see it is still growing vine and cones no where near mature. Both of the early ones stopped growing vine up their poles a while back. The two on right are the early matureing ones. 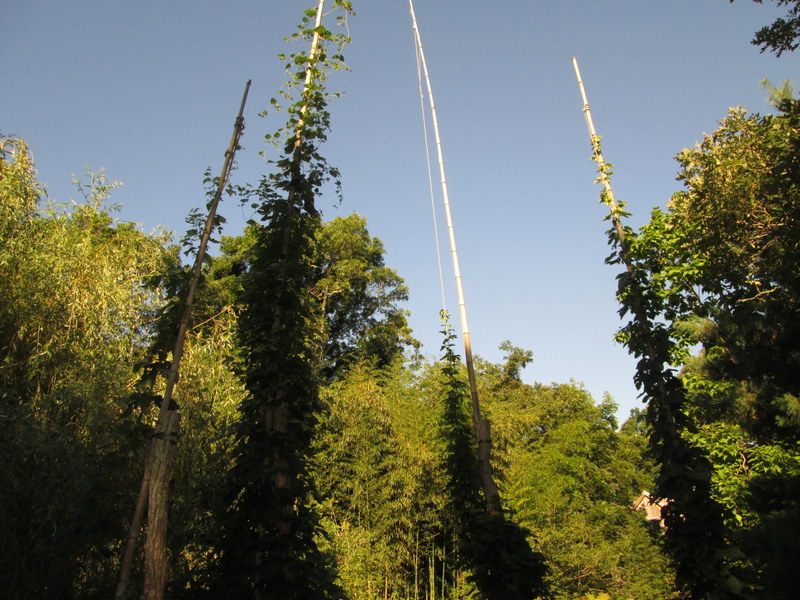 About to order a bunch of hop plants, need some guidance
2

S
Where did all the whole cone hops go??

A
Anyone brewing with green hops?