Instead of going to the usual liquor store in my neighborhood (which is still a good store, but has a fairly mainstream selection. They carry good things, including Left Hand 6-packs and the like, but don't have much in the way of "big" beers, especially very nice singles. So I went to the beer mecca of Lincoln, "N" Street Liquor. Dropped a lot of coin, in the region of $54, and got my Beer Stockpile back into shape! Here's the haul: 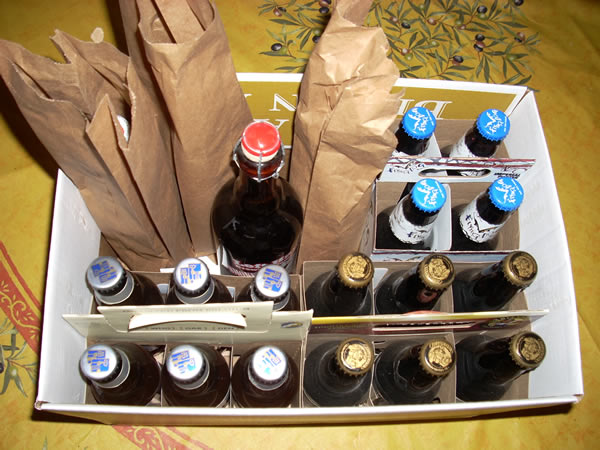 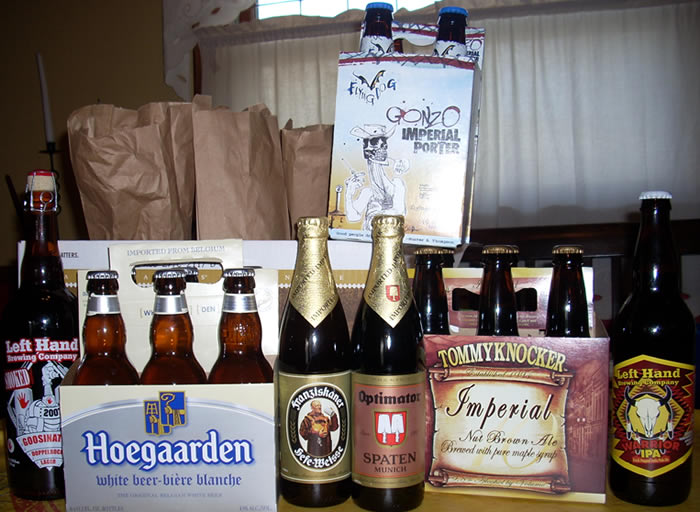 This is the pride of this batch, at $12.49 for a 750ml Belgian-style corked bottle. I can't wait to try this in a few weeks. (Let the yeast settle back out, it had a bumpy ride home.)

I'm drinking the Hoegaarden and the Franziskaner tonight and will post some reviews, as I did with my last mixer 6'er. The Warrior IPA will be sometime in the near future, as will the Optimator. The Gonzo, and maybe some of the Tommyknocker will probably be vertical tastings, one in a week or two, and at least one 3 months in the future, maybe more.

Edit: Tuned not necessary. Most of it is gone. I saved back a couple of them for further tasting and possibly notes.... But most of it is gone already. Oh ya and it turns out that Hoegaarden makes me wretch. Sorry, Hoegaarden fans.

Went to the liquor store today.....

Hit up the Liquor Store today...

New Finds at the Beer Store