Ready to take the plunge into creating yeast starters but don't have $75 to spend on a stir plate? Below you'll find instructions on making a stir plate from items you most likely have laying about the house.
Free Salvaged Parts List:
Parts you may have to purchase:
Step 1 - Rare Earth Magnets
So you're probably wondering what's up with the hard drive on the parts list. Well hard drives use rare earth magnets to write data to platters spinning around inside the drive. What we are going to do is harvest those magnets to use with our stir plate.
Fist step is to pop the case off the hard drive. Some use normal Phillips head screws, others you need a hex wrench for. After you remove the screws, pop the top of the case off. Inside you will find some circular platters with an arm extending over them. At the base of the arm is where the magnets are located. Here's a picture to help you find them: 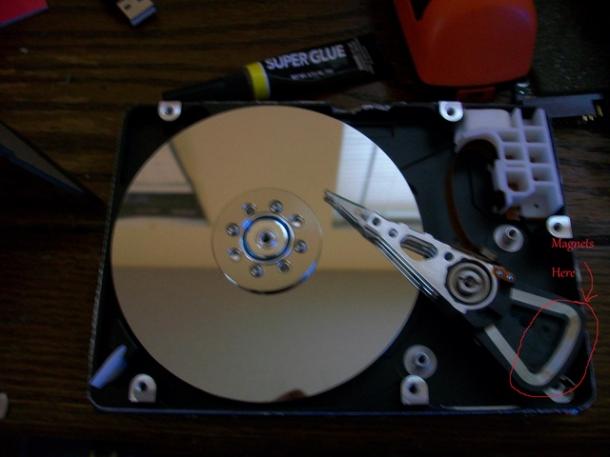 Step 2 - Preparing the Fan
Now that we have the magnets we need to mount them to the case fan you found. Most case fans use metal ball bearings, however, if we just glued the magnets directly to the fan the magnetic force wouldn't allow it to spin up. What we need to do is add a little insulation to the fan.
In the middle of the fan is a flat circular area where all the fins attach. Grab your thick cardboard and cut a piece out of it that is roughly the same radius as the flat circle in the middle of the fan. Then super glue that piece directly to the fan.
Step 3 - Magnet Time!
Take one of the magnets you harvested from the hard drive. Most of the time they are in a half-moon shape. Grab the magnet with some pliers and snap it in half. The magnets are surprisingly brittle so it shouldn't take much force. What you need to do next is super glue the two pieces to opposite ends of the circular cardboard you glued to the fan. Make sure you check the polarity on the magnets before gluing them so that your stir bar will be attracted to them. Here's a picture of what it should look like after you complete this step: 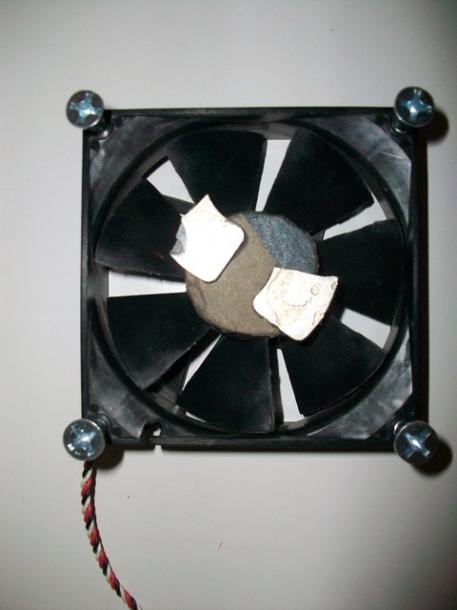 Step 4 - POWER
Your fan should have either a 4-pin molex connector or a 3-pin motherboard plug at one end. Either way, cut off the connector. The only wires we are interested in are the red and black ones. Your fan may also have a white and yellow wire; just tuck those out of the way.
Next, grab your old cell phone charger, make sure it's unplugged, cut off the end that plugs into your phone, and remove the insulation on the end to expose the wires. What you want to do is splice the red wire on the charger to the red wire on the fan, then the black wire on the charger to the black wire on the fan. Be sure to tape up the splice job or use professional ends, either works. Here's a picture of my splice job: 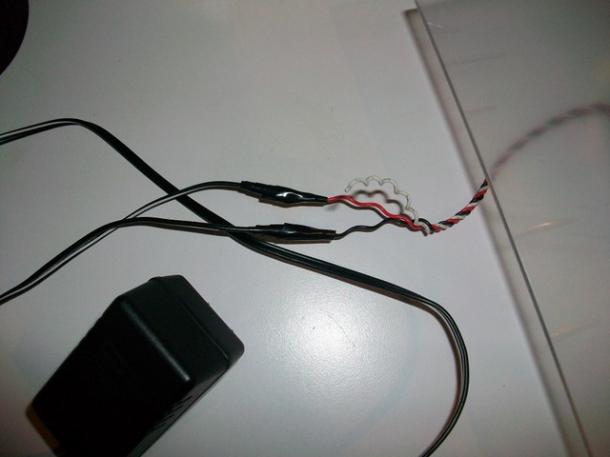 Step 5 - Preparing for the Base
Take your four screws and screw them into the fan using the same holes the fan used to mount to the computer case with. You want the head of the screw to be about a quarter inch above the magnets. Here's an example: 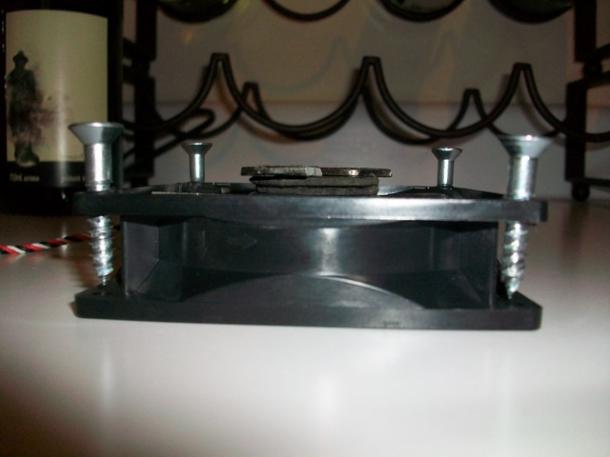 Step 6 - Finishing Up!
After you have your screws in, just lay your piece of acrylic on top of them. Adjust the screws as needed until you have it pretty level. Example here: 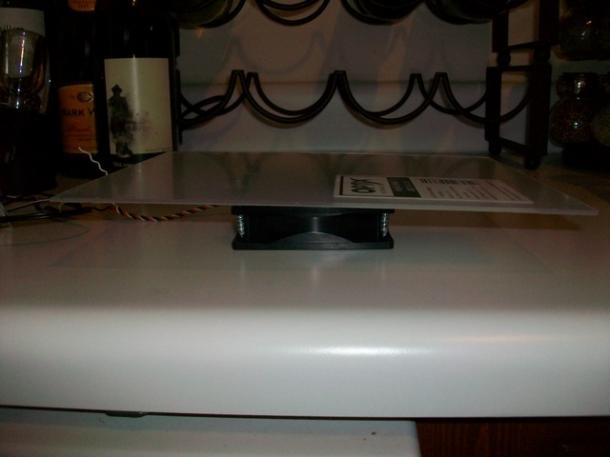 Done!
That's it. You're all set to go now. Toss your flask on top with a stir bar in it, plug in your stir plate, and watch it spin! 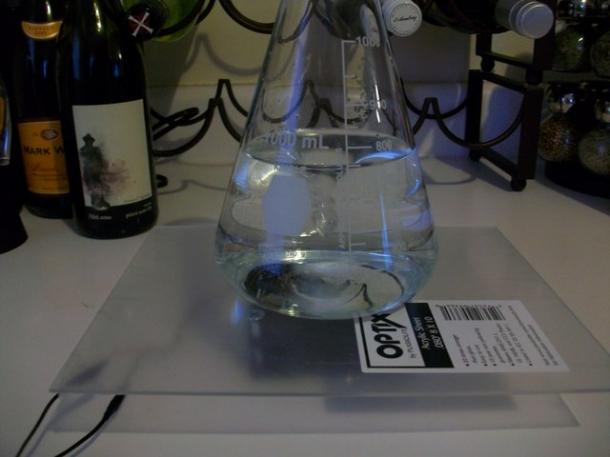 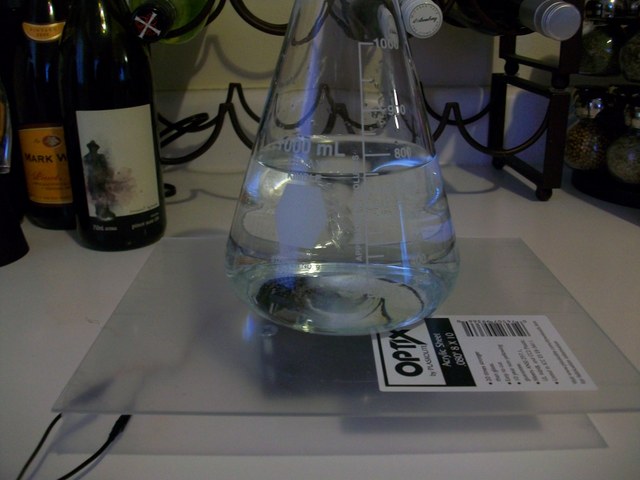 Nice alternative for those who don't want to spend the time and effort to make a nicer one. I'm not sure why you snap the magnet in half, just lay it on there, it's already in the right polarity and keeping it whole is easier and less risky. I built my stir plate, which looks like something you'd buy in a store, for around $18.
I'd like to see how you did it if you wouldn't mind posting it.
Thanks,
Jeff