So I know the dog thing has been beaten to death, but there is a new threat out there. Apparently hops, in the right mixture (barley, water and yeast), can be dangerous to cats as well. Evidence: 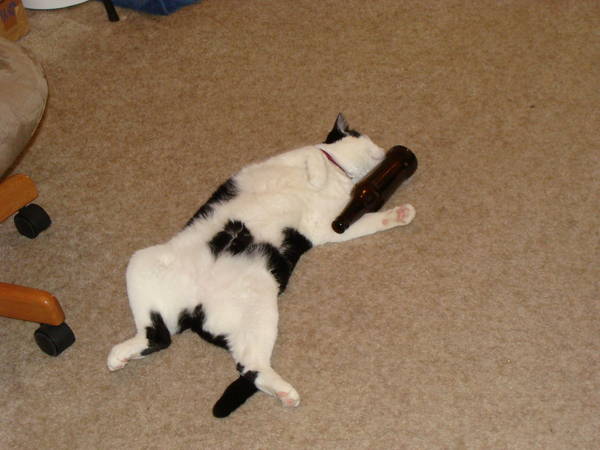 Side effects can include nausea, loss of consciousness (more so than usual with a cat), erratic behavior (again, more than usual), and can lead to addiction. The cat will become crazed, like drug fiends were depicted in the 1940's, and will do anything to score their next fix. Witness my cat, desperate for a hit, waiting for me to pour out the dregs from a bottle of homebrew: 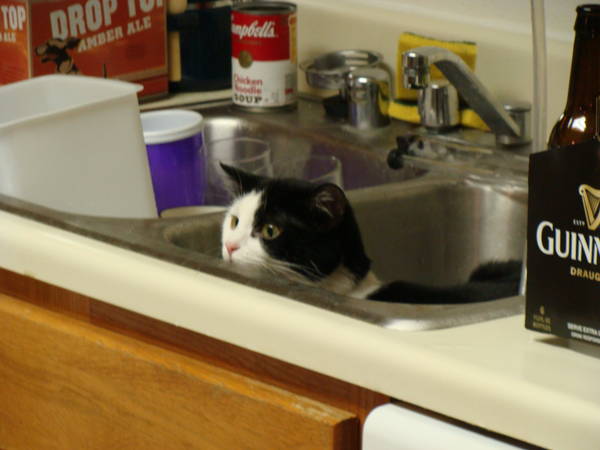 Displaced MassHole said:
I'm not 100% positive, but I think this thread makes you an a$$hole.
Click to expand...

Nah. All the other terrible stuff I do makes me an a$$hole.


Disclaimer: The cat didn't really drink that beer, before anyone calls the ASPCA and PETA on me.

Displaced MassHole said:
I'm not 100% positive, but I think this thread makes you an a$$hole.
Click to expand...

It's an epidemic that must be stopped...

I wish someone would call PETA on me....

The weird thing is, that first pic is actually how our cat sleeps. I mean, always.

Weird freaking cat. Also, she loves water. One of these days I need to record her swimming around in the bath tub.

Geez, is no animal safe from this epidemic?

PSA or My Tip Of The Day