As did millions, I watched the Super Bowl not only for the game but also for the awesome commercials. We all expected to see super cheesy ads from Bud Light and Budweiser and we did, but I'm sure few expected to be made fun of in front of millions. If you missed it Budweiser decided to poke fun at craft brewers, breweries and most of all craft beer drinkers. If you haven't seen the commercial yet go on YouTube and watch it real quick I'll wait........................
Ok did you watch it? I'm sure most of you were mad, offended or laughing at the two faced company since they indeed own craft breweries themselves. I have to give Budweiser credit though with the Super Bowl commercial at least it was honest. 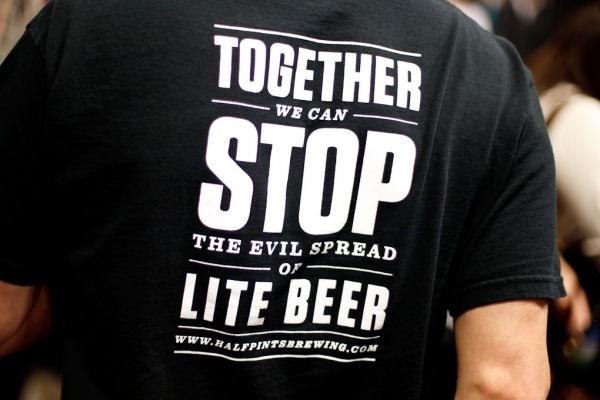 Today's craft beer drinker would have to be bullied into drinking a Budweiser because that's they only way Budweiser will be able to make up for the market share loss at this point. Budweiser is the third most popular brand and it's clear by the commercial craft beer is taking a big bite out of their market share .To give you an idea as to why Budweiser would make such an ad I'll toss around some numbers. At Budweiser's peak in 1988 they were selling 50 million barrels a year. The number of barrels they sell today has declined to 16 million barrels. So factor in being in 3rd place out of the big 3 and craft beer continuing to grow you can see why Budweiser should as the famous line in the movie "The Fly" "be afraid. Be very afraid" of craft beer.
Budweiser stated in their commercial their beer isn't brewed to be "fussed over" "its beach wood aged" and "brewed for drinking not dissecting." This would explain a recent study that found 44% of beer drinkers notice I said beer drinkers aged 21 to 27 have never in their life had a Budweiser. Their beer is brewed "the hard way" and it appears they are going to go down that way as well. I had to laugh when they said "let them sip their pumpkin peach ale" if this doesn't show you just how out of touch Budweiser is I don't know what will. They can brew and keep their "golden suds" all to themselves those buds can be all for you. 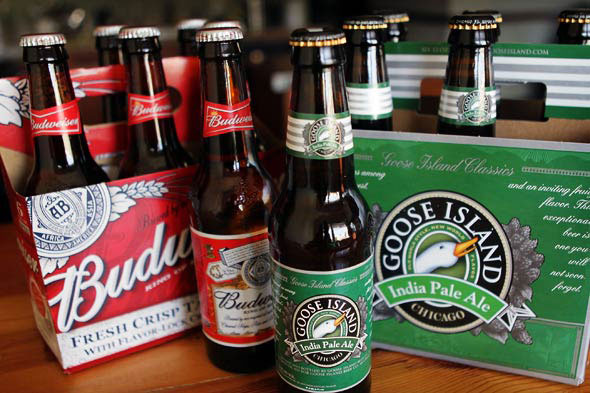 Now don't get me wrong we all have to start somewhere in our beer drinking journey but it seems nowadays most are starting with craft beer and more and more people are realizing beer doesn't have to taste like water with a little bit of hops in it. I'm not knocking those that enjoy BMC beer either to each their own beer is meant to be enjoyed so by all means enjoy it. I just hope Budweiser realizes they pretty much dropped a different type of "golden suds" on the craft breweries they own and have shown how they really feel about them at the end of the day. The fall out in the days and weeks to come should be very interesting to see as this will bring the craft beer community together even more.

image courtesy of dribbleglass.com
I'll take this final moment here to thank Budweiser for their commercial I found it hilarious and I won't even argue that craft beer is better I'll just end with a spin on a quote from "The Fresh Prince and Dj Jazzy Jeff "So to all the craft beer drinkers from across the land there's no need to argue Budweiser just doesn't understand. ".
As always you can catch me on Beer Advocate ,Ratebeer and Homebrewtalk under the name Ohiobeer29 or on twitter at @ohiobeer29 to trade beer stories, reviews and thoughts on the next great beer to look out for.

E
Why I Clone Commercial Brews