Brewing For Events - A Guide

Last year, when my wife was part of a group that was planning a couples’ baby shower for my brother and his wife, they came up with the idea of having me brew a beer for the occasion. If you’re reading this, then I assume you’ve been in this position before, or you’re now finding yourself needing to brew beer for an event of some kind. In this guide, we’ll walk through all the different things you need to take into consideration when planning to serve homebrew at a wedding, poker party, or other type of get-together.

Before you can commit to brewing beer for an event, you need to check your local laws and ordinances and make sure that it’s legal. For smaller, in-house gatherings, there should be no problems. However, if you’re transporting several kegs of homebrew to a public space that’s being rented out, there could be steps you need to take to make it all legit. If that place has a liquor license of its own, then serving homebrew there is probably a no-go. It all comes down to what is legal and what is not regarding homebrew in your state. For larger gatherings like weddings, it would probably also be a smart idea to check with whoever is catering the event, to be sure that they don’t have a problem with having your homebrew served. The American Homebrewers Association has a list of state laws that may be a good spot to start. 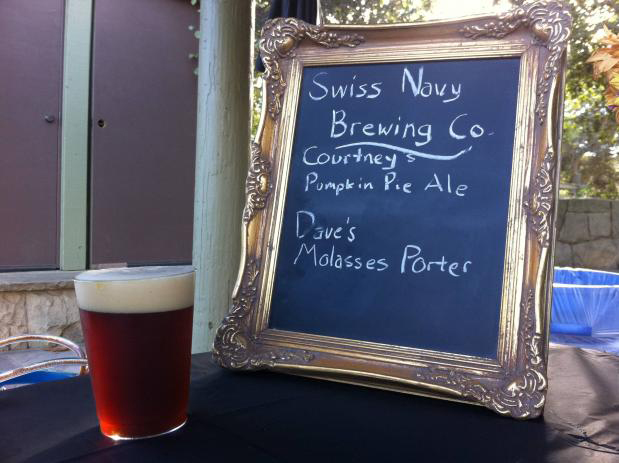 Once you have the green light to brew for the event legally, it's time to answer more questions. Photo by Surferdrew
Once you’ve determined that you’re in the clear, the next question you need to ask is how much beer are you going to need. This is going to depend on a few different things. How many people are coming? How much beer, on average, will each person drink? Once you can get some general numbers, you can start calculating how much beer you’re going to need. If you’re going to be serving from kegs, then each 5 gallon keg will give you 40 beers in a perfect world. Let’s say you’re brewing beer for a wedding, and 200 guests are expected. If free beer is served at a wedding (and since is going to be homebrew, by definition it’s free), then you can expect people to drink more than they would at a cash bar. Say an average of 2 per person. That’s 10 corny kegs’ worth of beer, or 500 bottles! Good thing we’re planning ahead.
Oh, and always over-estimate. If you end up with extra beer, then that’s more beer for you! 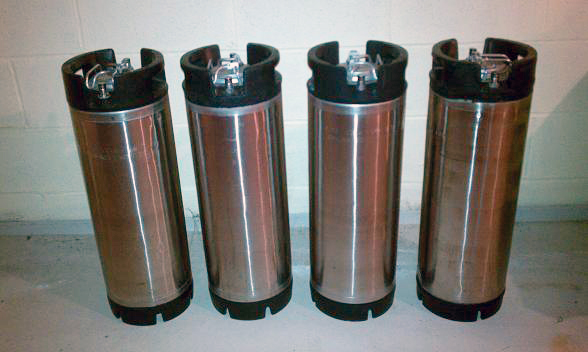 Do you have enough kegs ready to fill, or the patience enough to bottle a few hundred bottles? Photo by Niacinj
Once you have a rough idea of how much beer to brew, then you need to think about if you want to use kegs or bottles. Some things to think about here are if the location for the event has existing draft systems set up. If they do, it’s very unlikely they’ll be set up to accommodate the corny kegs that most homebrewers need. Your best bet for a kegging setup is going to be to use a jockey box. They’re portable and work very well. The downside is that they’re really not very cheap to buy or build well. For smaller gatherings, bottles can work instead of kegs, but if you’re planning on serving more than say 5 gallons, you’re going to be spending quite a bit of time filling and capping bottles. 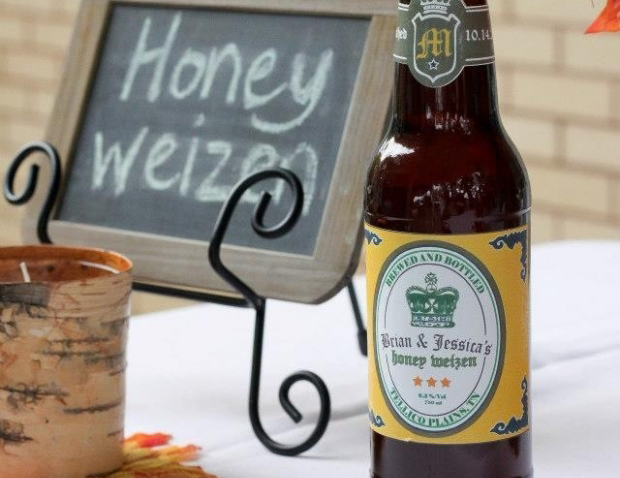 Choosing a style appropriate all the guests is one key to success. Photo by Jamatoy
Ok, so now we know how much beer we need to brew, and we know how we’re going to serve it. The next decision is probably the most important to the success of the beer portion of the event. What kind of beer should you serve? This is going to be entirely reliant on the crowd you’re expecting. A good rule of thumb to use is to have multiple beers available, and always have at least one beer that can appeal to the non-craft beer drinkers in the crowd. I always like to have a good blonde ale or a helles lager for those BMC drinkers in the group. After that, have fun with it. Brew what you like to drink, and try to have a good variety of styles. You probably don’t want to have 4 different IPAs (unless you know lots of IPA lovers, then go for it) and nothing else. Using our above wedding example, and assuming a 4-tap jockey box, we’d start out with something like this: one IPA, one helles/blonde ale, one stout, and one porter. That gives you a good range of styles. When the IPA keg blows, make sure it’s replaced with another IPA or pale ale, or something similar. Same goes for the other styles. You’ll know your crowd better than I do, though, so tailor your beers to the tastes of the guests.

A final consideration is to plan out your brewing schedule to make sure you’ve got your beers that need a little age on them brewed first, and your hoppy or wheat beers brewed closer to the event date. Always use worst-case time estimates when coming up with a schedule. I’m a bit of an Excel nerd, so I created a dynamic calendar that helps me visualize the schedule to figure out when I need to brew to have a beer ready by a certain date. When you’re working on your schedule, remember that everyone’s system is different, so you’ll need to factor in your brewing capacity. For instance, I only have room in my fermentation chamber for one fermenter, so I can really only brew once every three weeks. If I needed 10 kegs for a party, I’d have to start months in advance (not to mention buy more kegs!). If you are limited in production capacity, you might also consider doing some collaboration beers with a fellow homebrewer in your area. That can help to eliminate any bottlenecks you might have in your pipeline.
This guide should hopefully set you up for success with your upcoming event. Have any questions or suggestions? Leave a comment below. 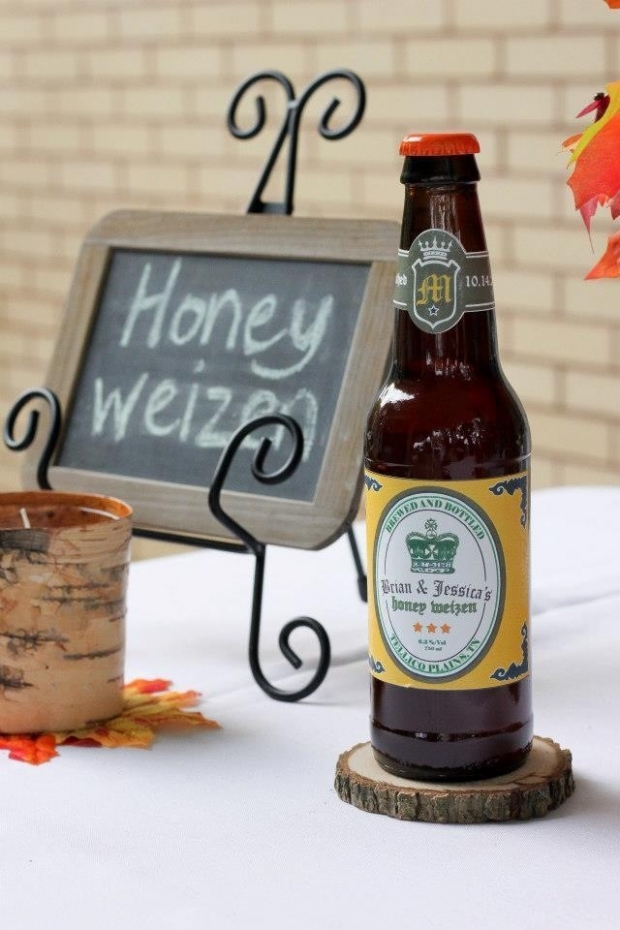 Thanks for the read. Ironically i'm conditioning beer for just this purpose. I've brewed my tail off the last 6 weeks to get them done early enough to get some age on them. There are more challenges yet to be made, such as: Cool storage, draft taps, how long ahead of time to get them in place to let things settle. I'm tempted to filter to ensure clarity, but it's so wasteful with Co2 and it would really double the labor transferring and cleaning the next keg. All 8 of these that are pictured in the link below were done on the same day. The beer was crystal clear on the day I racked to the keg, if I can get these into place and still get that clarity, I think it will be a success.
https://photos.smugmug.com/photos/i-MWJHzgx/0/L/i-MWJHzgx-L.jpg
Very nice! I haven't had to brew that much for an event yet, and mine was one that didn't need any conditioning really, so I didn't have nearly the number of challenges you have had.
I would love a copy of that Excel calendar you created.
Last summer, I brewed for my wedding. I did two 5 gallon kegs and throughout the summer, leading up to it, I was bottling partial batches and had close to 200 bottles. I then also had a 15 gallon of BL for the BMC drinkers and a 5 gallon of Switchback. I built an outdoor, self-serve bar for the 4 kegs with a watering troth to hold the kegs and plenty of ice. Then I built a large insulated box for the bottles. It worked out great. Between my beer and the commercial, I had 9 kinds of beer. I had almost nothing left. This was for nearly 200 people. So unless you are planning on having other options like hard liquor, plan on having a lot for a larger wedding.
This is such a great idea, thank you for sharing.
200 beers would be ~5 corny kegs not 10.