I stumbled across some of the real thing still in the cooler while in Ohio. Mine is on the left and you can clearly see that its redder and hazier. I generally brew pretty clear beers so my guess is that's from the cherry puree addition. Comparing the two, mine is more cherry-forward, theirs is is more malt-forward and the cherry flavor seems more tart though possibly that's the spice flavor of the Belgian yeast which is notably missing (or masked) in mine. I had already decided that next time I brew this I'll cut down the cherries to 4 cans and based on the comparison, I'll do 3 of the tart, 1 sweet.

One other thing to note is that the bottle states the hops are Saaz and Hallertau.

I'm not unhappy with the results, mostly noting things I'll work on for a second annual batch which I'll probably shoot for mid fall. 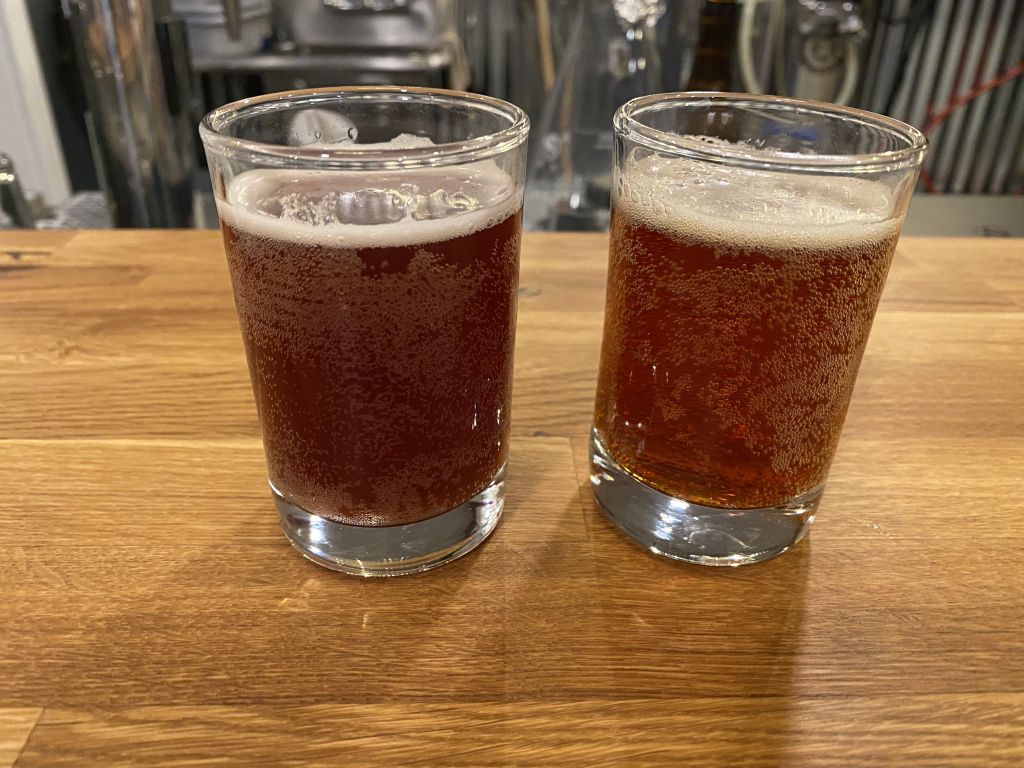 @matt_m — It looks good! Mine is darker but hazy as well. I let a bit of cherry sediment in the bottling bucket and the cherry flavor is very prominent along with a warm alcohol sensation anxious to see if it improves over the coming months. The couple of Belgian Dark Strong Ales I bought recently were not clear either.
You must log in or register to reply here.
Share:
Facebook Twitter Reddit Pinterest Tumblr WhatsApp Email Link