Brewing a comedy of errors, but still making beer!

(TL;DR: Making a bunch of silly mistakes can still lead to beer!)

Monday was my first time brewing in several years, and it was almost a comedy of errors:

It was a partial-mash recipe for black IPA from Craft Beer & Brewing magazine. First error: I picked a home-brew shop that took a long time to get the supplies here. It was over a week and a half after ordering to get the supplies to my area, then FedEx didn't help by not delivering on Saturday. Once I got them on Monday, I got brewing stuff together, gave it a good clean and started brewing.

The recipe required a grand total of 28 oz of 4 different grains. Of course, they only come in 1 lb bags. Second error: instead of measuring out the exact amounts of each, I dumped the 4 lbs of grains into the steeping bags. So, once I realized I failed right off the bat, had to carefully scoop out the extra 36 oz of grain in something resembling the proper proportions.

While this is going on, the water for the partial mash is heating, and third error: it gets way too hot. It took a while, but I finally got it back down to steeping temperature, and in goes the mash. It steeps for half an hour, including a point when it got too cool, but got it done. Rinse the grains, and transfer to my waiting boil kettle with more water.

Get it up to boil, and add DME. A lot of DME. 9 lbs of DME. Kick the burner back on, and fourth error: it almost immediately boils over. Get it settled down again, and get a good boil with the needed hop additions.

After boiling, it’s time for cool down. Sanitized copper wort chiller is hooked up to the garden hose, and I place it in the kettle. I’m holding it when kicking on the water, and fifth and sixth errors: almost burn myself by the first rush of very hot water through the chiller. Also, the output hose off the chiller is flailing around, spraying water everywhere (except the kettle, thankfully).

Because of the earlier problems, seventh error: I’m running behind on my brew day and have an appointment coming up that I can’t miss. So I rack the mostly cooled wort into the sanitized fermenter and into the house in time for my appointment.

After the appointment, the wort is still not down into the 70’s F range, so into an ice bath the fermenter goes. Fortunately, that cools it down quickly and I can pitch the yeast. Put the fermenter into the cool storage room and crack a good Oktoberfest lager from Red Lodge (Montana) Ales to celebrate.

After cleaning up the brewing equipment, I go to check on the fermenter and realize the ninth error: didn’t put enough sanitizer in the airlock. It was enough to keep bad stuff from getting in, but the bobber had wedged itself so CO2 couldn’t escape. Top it to the line with water, and everything’s happy again.

Fortunately, with all that, the yeast immediately went to work doing happy beer things. Good looking krausen and airlock burbling happily until today. Tenth error: can’t find the tube for my hydrometer. Oh, well, the recipe says to start dry hopping on day 5-6, so this evening put the final dry hop addition in. I’ll need to dig around to find where that tube has gone, and hopefully rack to keg Monday afternoon or Tuesday morning. I also need to avoid the eleventh error: forgetting to pull the CO2 tank out of storage!

So, after all that, I'll probably call it my Comedy of Errors Black IPA.

Moral of the story: even if you make silly mistakes every step of the way, you can still make beer, and it probably will still be good beer.

Good stuff! Still ahead - using to CO2 to do carbonation and/or closed pressure transfers. I have mastered the art of "pressurized gas making beer go everywhere." You can too!!

Sounds like an interesting brewday. I’m guessing the beer will turn out well.

Nice to see someone else from MT here. Not many of us on this board. Where are you located? I divide my time between a farm along the Canadian Border and a house in Billings. Hope you get to brew more often!
OP

grampamark said:
Nice to see someone else from MT here. Not many of us on this board. Where are you located? I divide my time between a farm along the Canadian Border and a house in Billings. Hope you get to brew more often!
Click to expand...

I'm in Cascade, about 25 miles south of Great Falls. Just ordered a couple more kegs to fill so hopefully I'll be able to have a steady supply of homebrew!
OP

Update: checked the gravity, and it was 1.017. That's exactly the final gravity goal, so transferred to keg. It worked!

I think we have all had brewdays almost just like that! I know I have. Its funny because in my case the beer turned out AMAZING (and yours will too)! and I have chased that beer for years! Even though I wouldn't ever want to repeat the brew day I sure do want to repeat the beer!

Success! The Comedy of Errors Black IPA is a bit overpressured, but otherwise turned out pretty good! A bit too dangerously tasty, as it's in the 7-8% ABV range. Since I didn't get the initial gravity post-boil, I'm not sure exactly where it is. 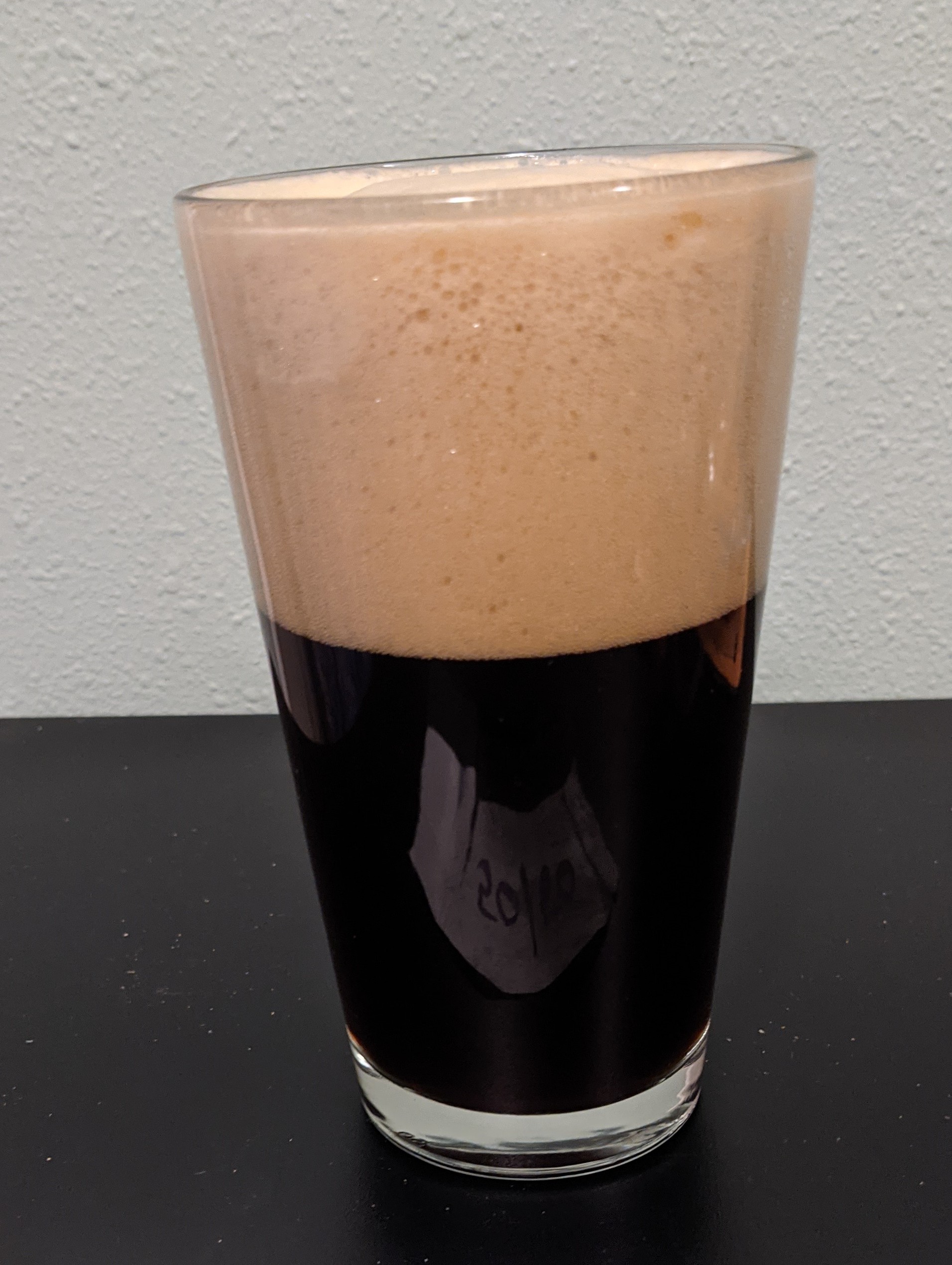 1st brew - A comedy of errors

A Comedy of Errors

A Comedy of Errors...

C
A Comedy of Errors