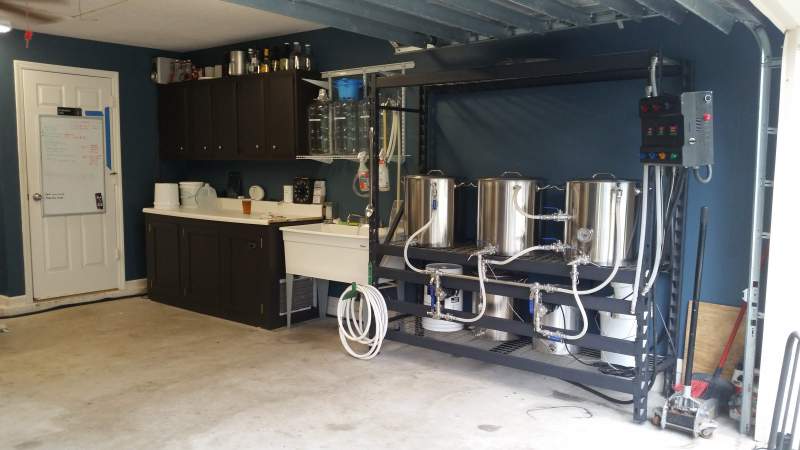 My garage brewery has 3 20 gallon kettles on a steel stand from Home Depot. The HLT has a 5500W heating element and a 50' HERMS coil from Stainlessbrewing. The MLT has a false bottom from Norcal. The BK also has a 5500W element. Both element enclosures are from BrewHardware. All camlocks, valves, and plumbing are SS, mostly purchased from either ProFlowDynamics or DudaDiesel. The pumps are SS Chuggers.
My control panel is custom made, loosely based on KAL's setup in an old PC chassis that was originally used for HVAC control. it has 2 PID's and a timer, but is wired to replace the timer with another PID if I want. It is attached to the brew stand with an LCD TV mount. 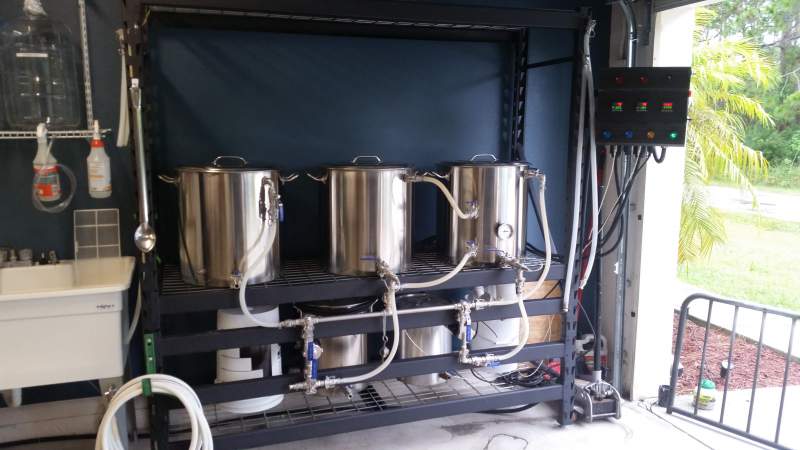 My fermenter is a custom made box with a 6K BTU AC unit. I moved the factory sensor from the front of the unit to outside of the chamber (where it is always warm) and set the onboard t-stat to 60 degrees. I then bypassed the compressor relay with my controller. No wires needed to be cut. The fan is set to run constantly on low speed to circulate air in the chamber. It is usually set at 62-64 degrees, but could easily keep temps at 34 degrees without freezing over if I wanted.
Wort is chilled into glass fermenters (for now) using gravity with a 30 plate chiller from DudaDiesel and well water.
My keg fridge has 3 taps and can hold/carbonate 5 kegs.
Boiling Equipment: 20 Gallon SS electric kettles
Beer Bottling Gear: All kegged
Fermentation Vessels and Equipment: Custom DIY chamber with glass fermenters
Wort Chillers: Duda 30 plate
Plumbing, Pumps, and Hardware: 2 SS Chuggers, all SS Camlocks, valves, and plumbing.
Yeast Equipment: DIY stir plate, Williams O2 wand. 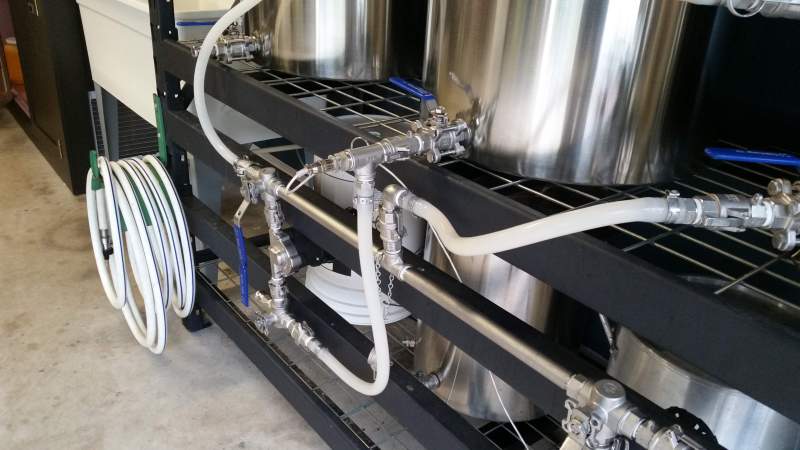