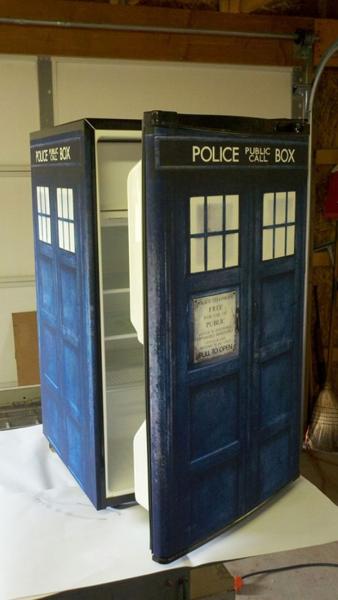 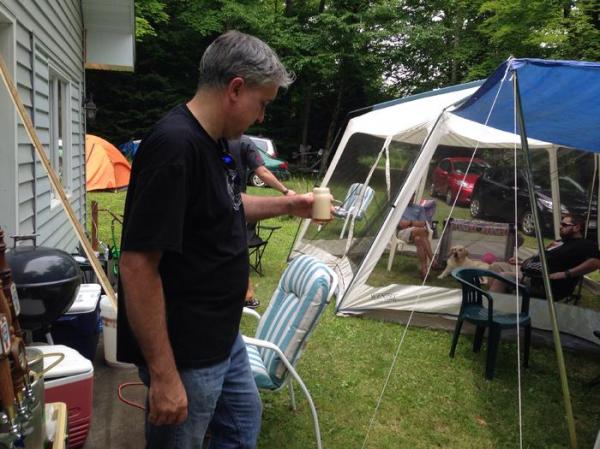 A fellow fan of Dr. Who!!! awesome Tardis mini frige, i really want the same one!

Nice Tardis man that rig is SWEET!!!! Also great interview. Homercidal has given me a few tips here and there kinda in passing I would say. I don't know about the rest of you but when I see moderator I think Dang that man (or woman) Must know their stuff. It's nice to hear how they got started and their hicups along the way. Keep um Coming!!!

A TARDIS fridge earns my highest admiration. I guess you can do some accelerated lagering in that thing.
H

Good interview and good questions asked. Re: wort chilling, how do you (or anyone else) feel about running the post-boil through 50' of copper immersed in an ice bath, jockey box style, draining the water and replenishing the ice as it melts? I figure the time needed would be equivalent or faster to immersion or CFC methods plus the amount of water consumption would be greatly reduced. A test cooling 5 gallons boiled water down to average of 60 used about 10 lbs or so of ice (all I had on hand). Even at 20-40 lbs needed to chill, that's still only 2-5 gallons water used. Thoughts, criticisms?

W
Happy Brewing to All!

New to the site but not new to Homebrewing