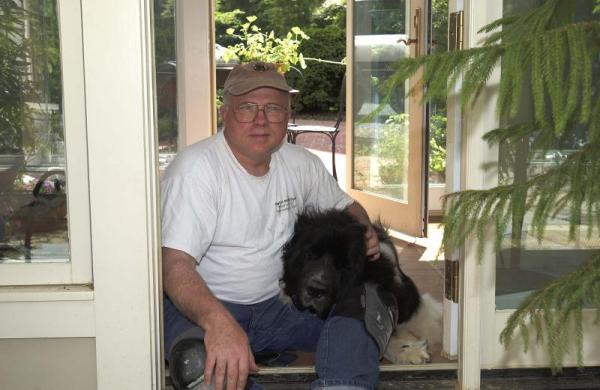 1. How did you start brewing?
It started, I believe, when a house guest brought me a copy of Home Brewing Without Failures by H. E. Bravery. That was a long time ago when some specialty wine shops kept a few cans of Muntons extract, a couple of packs of dry yeast and a few envelopes of hops pellets on shelves in the back of the store. There was no AHA, no HBT and no White Labs or Wyeast but even so that beer tasted pretty good (though today I would probably spit it out).


2. What's your favorite beer?
I really don't have a favorite. I can appreciate any beer that is well made though I am especially attracted to crisp, clean lagers be they Pilsners or Bocks or anything in between. A well-made Kolsch or a fresh wheat beer that shows Weihenstephan 68 character is certainly appealing on a warm summer's day.


3. What's one piece of your brewing setup you can't live without?
I can't live without all the pieces! If you take away the boiler that creates the steam that warms the water, regulates mash temperature and boils decoctions and the wort obviously I am dead in the water. But if you take away the length of 2 x 4 that I use to suspend the strainer that separates mash from liquid when decoctions are pulled I?d have to gin up a replacement for that before I could pull a decoction. That particularly valuable tool, equipped with properly sized hole and three screws, also allows me to disassemble Sankey spears.


4. What's the worst product you've ever used?
Just as there has to be a criterion for goodness before best can be described there has to be one for badness before we can pick a worst. Certainly products that don't do what they advertise or do it poorly or are way overpriced ought to qualify. Cheap pH meters that won't hold calibration for more than a few minutes, products that claim they will buffer mash pH but use salts that don't have buffering capacity in the mash pH range and yeasts packs/vials that get to 50% ADF and then die come to mind. 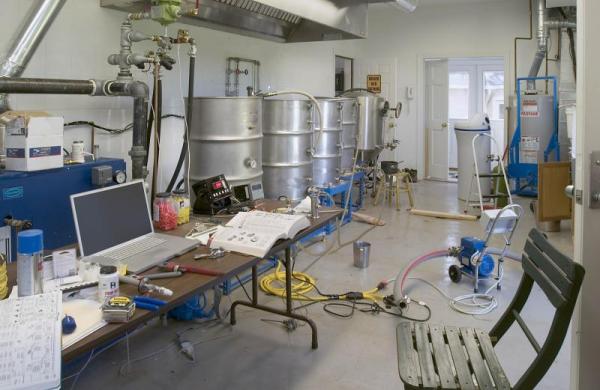 5. Why do you homebrew?
The obvious answer is to have a supply of beer available but there are other ways to insure a supply of beer. Obviously, then, there are other considerations. There is added pleasure in getting comfortably tight on something one made himself and it is difficult to obtain triple decocted all malt lagers if you don't make them yourself.Part of the answer is similar to what I am sure a good cook would say: making something that your friends, family (and, in the ultimate case, customers) enjoy is very rewarding.Those who know me at all already understand that half or more of the reward of home brewing for me comes from understanding (or trying to understand) the science that underlies the art.
6. What's your homebrewing style - extract, partial mash, all-grain, biab, or ?
All grain, mostly lagers but with some German ales and even an occasional British ale.


7. Tell us about one of your most memorable homebrewing experiences.
The one that always comes to mind is when I reached under a kettle to remove a Triclover connected hose and, because I could not see under there, got the Triclover clamp holding the valve to the kettle rather than the one holding the hose to the valve instead. This happened just as my buddy showed up with his seven (?) year old daughter. Such language that child heard! Believe it or not most of the beer was saved.


8. Describe the perfect beer - style, aroma, flavor, etc.
That's impossible to do as there are effectively an infinite number of degrees of freedom and the possibility of something better than what you have in your hand, no matter how good, always exists. Beyond that one might as well try to describe the perfect woman or perfect musical composition. The answer would depend on many things and would, by no means, be fixed. Any beer which makes its creator or another drinker say "Ah" is close. I often speak of the Ah factor when describing unusually good beer.


9. What's your dream brew rig, and how would you assemble it?
My dream rig would be similar to what I have now except that the steam coils would be replaced by jackets and the tuns equipped with agitators which mixed the grains/liquor uniformly enough that a PID controller could take the mash through ramps and steps, accurately following the programmed profile while I sat there reading the newspaper.


10. What is the one piece of advice you wish someone would've giving you when you first started?
Use soft water and check pH throughout the process.
ajdelange has been a member on HomeBrewTalk since August 2010 and has helped countless people over the last four years. A friend to most, an advisor to all, we are pleased to have the wealth of knowledge which is ajdelange here at HomeBrewTalk.com. 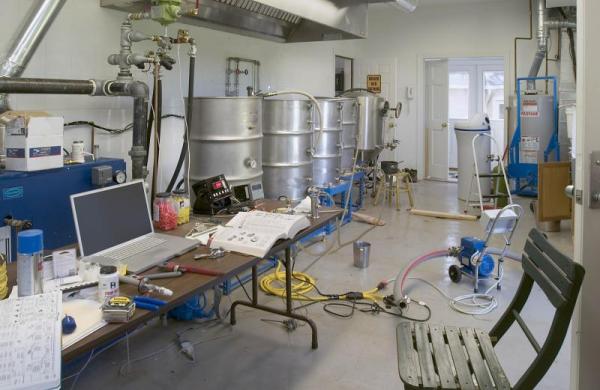 Great article. Your setup looks awesome. Question 10 is where I am at and wish i was told about pH importance. pH must be managed properly if you want to move your product to the next level. Again thanks for the insight. brew on...
That Newfie is awesome!!! My Newfoundland Oliver and St Bernard Adelaide are my brew partners too.
Many thanks to A.J. deLange for all the helpful posts he has made on HBT. As a side note, I haven't always posted a "Thanks" when he has helped, because I don't want to fill the forum with chatter. No offense intended.
Thanks, AJ!
... and no comments about the Newfies?!?!
Nice article.
Great read and thank you AJ for all the informative posts you contribute to this site. You are a valuable asset to this great site

Thanks, AJ!
"ajdelange has been a member on HomeBrewTalk since August 2010 and has helped countless people over the last four years. A friend to most, an advisor to all, we are pleased to have the wealth of knowledge which is ajdelange here at HomeBrewTalk.com."
Well said TxBrew! Cheers AJ!
Thanks for contributing AJ
I enjoyed learning more about AJ via this interview. I am 10 months into my brewing journey and I have just purchased my first pH meter (Literally 5 minutes ago) in order to help me take my beer to the next level. The advice I have gleaned from reading AJ's posts on pH meters and water additions, as well as his direct responses to my questions, have given me a great deal appreciation and respect for this man and fellow brewer.
Thank you for your contributions to this craft and for helping folks like myself understand this complex process.
Prost!
You must log in or register to reply here.
Share:
Facebook Twitter Reddit Pinterest Tumblr WhatsApp Email Link

D
10 Questions For A Homebrewer