I am researching the purchase of a Spike CF15 Conical Unitank, which at the end of the process will be pressurized to a desired volume of CO2. I have researched using a counter pressure bottle filler to transfer from a pressurized keg to a bottle, but I am wondering if this would work the same with the conical, and if so, what would the process look like. Or would it make more sense to pressure transfer to a keg, and then use a counter pressure bottle filler with the keg, as they are usually intended?

This would be my first experience using conicals and not naturally carbonating the bottles with sediment and priming sugar, so any info will be helpful as I learn these new processes!

No reason why you shouldn't bottle directly from the conical. As the beer is already carbonated there is no advantage in doing an intermediate transfer to a keg, you only increase the risk of infection and oxygen pick-up.
That is, unless you brew frequently and need to free up the fermenter for the next batch as soon as primary is over, then you can mature in kegs and then bottle from them, but other than that there are really only disavantages to that.

One thing to note about the Spikes: they're rated to only 15psi...in fact, the prv on mine releases about 13.5 psi.

So if you're carbonating at the end of the process, that's the highest you're going to get (i.e., up to 15psi).

I typically seal up my Spike CF10 with about 7 points of gravity to go (5 gallon batch), so it self-carbonates. The PRV of course won't let it get past about 13.5....but that's not what the PSI will be when the beer is chilled.

According to the carb charts, at 14psi at 64 degrees--typical fermentation temp--I'm getting about 1.69 volumes of CO2 in the beer. Usually I'm aiming for around 2.5 volumes of CO2.

At 40 degrees serving temp, that's equivalent to about 4psi, so I have to carbonate the beer the rest of the way.

Hopefully that all makes sense.
V

Isn't that like 0°C? At that temperature you have minimal chance of foaming. And of course, you can work with a lower CO2 pressure setting as well. Not to mention minimal O2 pickup during filling. Working at higher temperatures really has no advantage that I can think of.

If you put a stone in there, you can fast carb it easily. Low flow of CO2 through the stone, while simultaneously blowing off out the top

You can go from partially/uncarbed to fully carbed very, very quickly this way (often less than an hour). You'll lose some volatiles this way through the gas blowing off, and without a manner of measurement (I don't know a single homebrewer with a Zahm but that doesn't mean you couldn't) you'll need to taste regularly to not overcarb.

At that point, pressure capacity becomes a non-issue.

And then to bottle just hook the filler to the racking arm instead of keg and bottle away. Just make sure you're running clear beer first. I've bottled off brite tanks with a Beer Gun before. Same exact thing.

Also, temp-wise every filler is different. You need SOME foam generation to scrub out O2. Too cold without another method of foam generation and you may not foam enough and risk oxidation.

One mobile bottler I've dealt with insists on 36F for his rig. The canning line at my job is optimal at 30F. My experience with the Blichmann Beer Gun has been either 33F at full serving pressure or 38 at reduced pressure.
V

I've never add issues making the beer foam in the bottle. It's keeping the beer well-behaved that's usually the hardest... 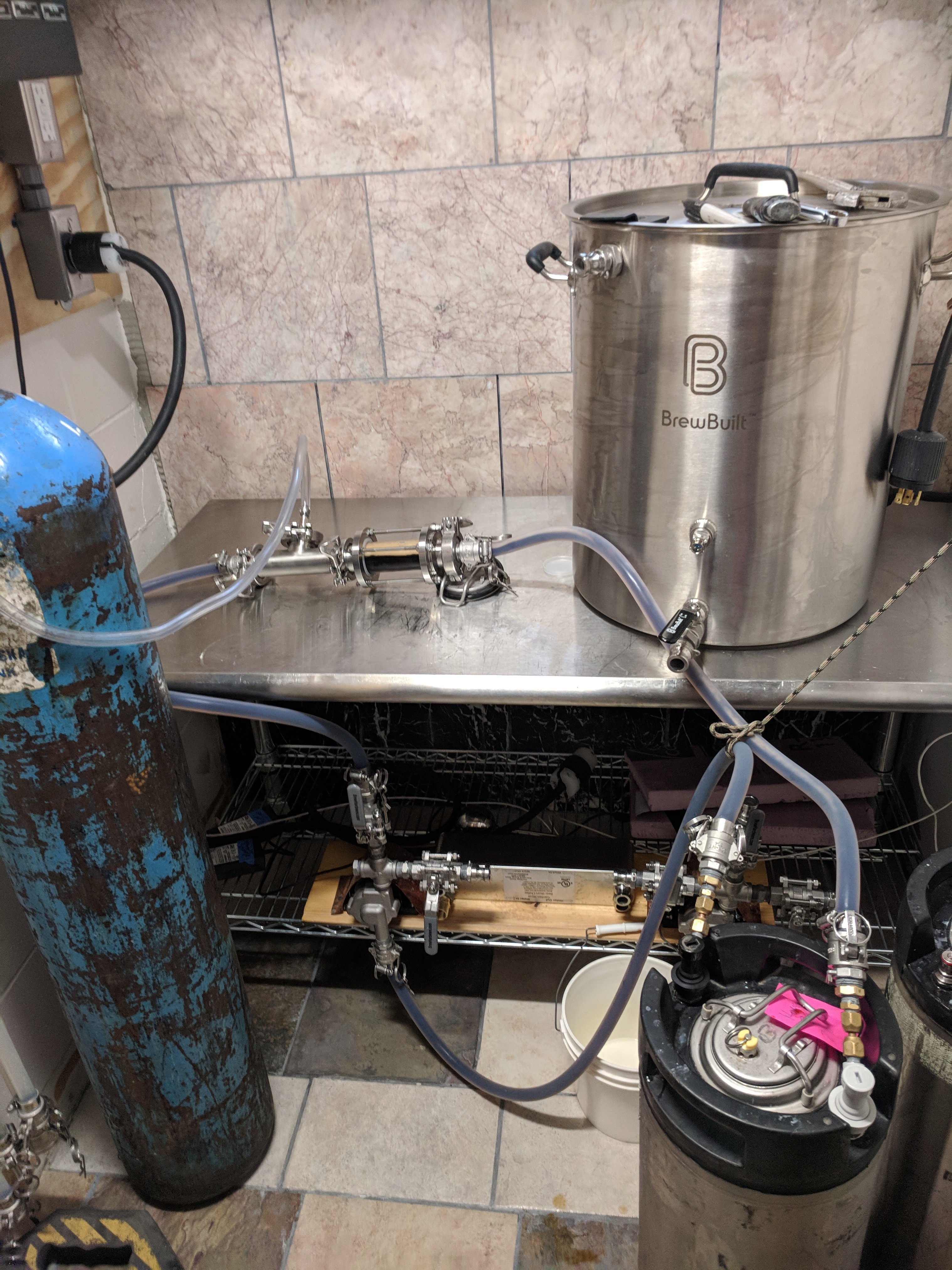 mongoose33 said:
in fact, the prv on mine releases about 13.5 psi
Click to expand...

I have noticed that mine opens a tad over 16psi


Vale71 said:
there is no advantage in doing an intermediate transfer to a keg, you only increase the risk of infection and oxygen pick-up.
Click to expand...

One possible advantage I can see, the intermediate keg acts as a brite beer tank and you have less yeast making it into the bottle. You can also use the brite to fine tune your carbonation. Typically with a higher rated prv.
And, with pressurized closed transfer into properly sanitized and purged tanks, the risk for infection or o2 pick up would be quite minimal.


Vale71 said:
unless you brew frequently and need to free up the fermenter for the next batch as soon as primary is over, then you can mature in kegs and then bottle from them
Click to expand...

This is what I will be doing with a Dubbel this morning, sorta.
Dubbel has been in primary for 14 days, and is not under pressure. I will move it with pressurized closed transfer to my brite tank and attach a spunding valve.
Then, when the beer is ready for kegs I will transfer from the brite to serving kegs.
V

tll77 said:
One possible advantage I can see, the intermediate keg acts as a brite beer tank and you have less yeast making it into the bottle.
Click to expand...

If you have the time and don't need to free up the fermenter quickly then yeast will settle just as well in it, given time. As a matter of fact this is the whole idea behind the concept of a unitank, not having the need for brite tanks that is.
T

I completely agree, which is why I have a unitank. Also, the brite tank is rated to 60psi, so I don't have to keep it as cold as the unitank to stay under the pressure threshold. I can carb in the brite tank at cellar temp(65 for me), I could never do that in the cf10.

Vale71 said:
unless you brew frequently and need to free up the fermenter for the next batch as soon as primary is over
Click to expand...

Maybe I brew too frequently.
V

tll77 said:
Maybe I brew too frequently.
Click to expand...