I recently made a Vanilla Robust Porter and won a competition at a local brewery with it. The prize is being able to brew it on there system and they are going to use it as there anniversary beer.

Trying to come up with a unique/catchy name for it, as that's all part of the fun isn't it?

Any suggestions would be greatly appreciated

Hairy Tongue of the Vanilla Beast
A


(I am really sorry for this one)
D

The Thrilla in Vanilla

I brew a robust porter with vanilla for cold weather months. But instead of, like, snowdrift porter, like Leinenkugel's, I named mine Snowbound porter. Used a nice painting of a snow-bound cabin in the country on the label. So that's one idea.
Abominable Porter (abominable snowman)
Snowman's Bane
Snowblind Porter
Santa's Reward...OK, kinda spit-ballin' on this one!

What's the name of the brewery? The town? The street the brewery is on? Work something like that in there.

I already named the beer. y'all are just licking a dead unicorn.

Billy-Klubb said:
I already named the beer. y'all are just licking a dead unicorn.
Click to expand...

You gotta go with binabik's "Thrilla In Vanilla"

GHBWNY said:
You gotta go with binabik's "Thrilla In Vanilla"
Click to expand...

you obviously missed my posts. that's cool, but I have already spoken. I'll leave this here for you. 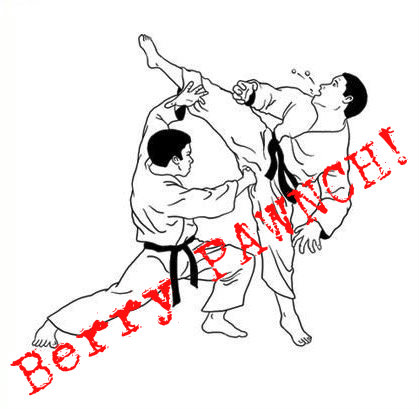 Sorry BK, but I'd go go with "In the Dog House again Vanilla Porter".

I'll wear my kilt to make the Berry Punching easier.

balls tea-bagging a unicorn porter
Although vanilla berry punch brew has a certain ring to it, but it might be a little misleading....

T
Need to Name a Beer