Seems there's lots of these stories on this site, but this one is mine.

Brewed a Minnesota Common from the book Mashmaker by Michael Dawson last Tuesday. Followed the recipe as close as I could, substituting Hallertau Magnum for the local Minnesota Magnum that Michael uses (I'm in FL). About 4 or 5 days prior I did a 1.6L starter for the yeast that the recipe calls for, the wyeast 2112 California Common lager yeast. I added 170 grams of dme for the starter which should equate to roughly 1.038 according to the DME calculator on MoreBeer. I did add 1/2 tsp of nutrient to the starter for good measure. It took almost a day and a half for that starter to show activity, and I left it going for another day before I pulled it and stored it in the fridge for the upcoming brew.

Brew day turned out great, hit all my numbers and my mash pH was spot on at 5.3 Pre boil gravity was 1.042 and the OG was 1.056 (target was 1.054). My water report was taken just three weeks ago, we have fairly soft water with low alkalinity so that was perfect for this brew. I worked out a mash and sparge acid addition through BruN water and again my pH values were just about perfect. Chilled the wort to as low as I can get, into the brew bucket it went then I chilled if further with my glycol chiller. At the 62° point I pitched the yeast and there it has stayed for the past 75 or so hours without so much as a burp.

My sanitation is good, I clean with PBW and sanitize with starsan. When I pitch the yeast what I have been doing is decanting the liquid above the yeast then, after sanitizing the valve on the brew bucket, I pour in roughly a liter of the wort to mix with the yeast, swirl it a bit then pitch. I'm fermenting at 62° (wyeast recommends 58°-68°).
Here's one possible issue, my normal work flow on brew day, as I am getting everything ready for the brew day, is to pull the yeast flask out of the refrigerator and let it warm up on a table. I'm not sure why I think it's a good idea to let the yeast warm up a bit from the refrigeration temp, but after a while I realized the yeast is going to warm well above my fermentation temperature, something I know I don't want to have happen. As a result the yeast was sitting out in my 76° garage for many hours before the brew. I did return the yeast back to the refrigerator towards the end of the brew, but that was only for 1/2 an hour or so. Once I dumped the spend starter fluid and poured the 62° wort into the flask I'm thinking that might have been a drop in temp for the yeast. Perhaps that's the reason the yeast may appear to be dormant, and as a result no activity yet.

I do know the airlock is not a sign of fermentation, however I would have expected something to come from there. What I am thinking is that since I still have some room in the yeast temp recommendation I would raise the temp up to 66° and hope that gets things kicked off. Beyond that in a few more days I can pull a sample to see if there is any activity at all, then maybe get more yeast and re-pitch. What am I missing?

Couple things . Did you aerate well before you pitched and when you let the starter get up to 76 you shouldn't have tried to decant . That starter needs to be crashed totally to get the yeast to drop. Its possible you poured out yeast .

What kind of fv are you using? I use a tilt hydrometer when I brew lagers to aid in knowing when to increase temps.
OP

The yeast was totally dropped, and I don't think the starter was quite at room temp. There was a clear separation between the spent wort of the starter and the yeast below, and I am always careful to not allow the yeast to pour out.

I have an O2 bottle with the blichmann regulator and a wand with a stone. I aerated for 1-2 minutes with the regulator set at the 1 position.

This is my first lager. I wish I could say that I know what went wrong (if anything) but this one's a mystery to me. I raised the temp today to 66° and other than the temp slowly rising and the chiller cooling it back off there's virtually no activity. I plan to take a hydrometer sample in a few days just to see where we're at, then I'll make a call on adding another smack pack of yeast or ...I dunno...have a beer, or something.

Thanks for the reply. Really I still feel like I'm new to home brewing even though I've been at this for a while, there's so much to learn. And I knew there were fermentation challenges to lagers, I just didn't anticipate zero activity.

Sounds like everything was done right from what I see. Is it possible you have a leak ? Did your starter have any action ? I'm assuming it did or you wouldn't have pitched ......just spit balling . I know how frustrating it can be when things go wrong .
OP

Really, anything is possible at this point. Maybe it's fermented (ing) so slowly that my occasional peek isn't seeing it. The real test will be a hydrometer sample that I plan to take Monday.

The starter took longer than normal to kick off, but in the end it was active and did yield a nice little yeast population from the looks of it. That said I am not completely ruling out that the yeast were beat up and are under performing. Seems like I've run into a few yeast purchases lately down here in central FL that have been beat up so perhaps this is another example of that. I think the next step, after taking a hydrometer sample and verifying that there has been no fermentation, is to get some fresh yeast and try again. And I may pitch the new yeast into a 2L starter before I pitch to the wort, I mean what difference will it really make waiting a few more days before pitching the new yeast?

Hopefully everything is fine. If I were in your shoes I'd probably just toss in dry yeast if I had to re pitch. Keep us posted
OP

The old adage "you can't gauge fermentation by the airlock" is so true! Today I pulled a sample and the hydrometer read 1.018, down from the OG of 1.056 which clearly indicates fermentation. I use a brew bucket with a blow off tube (it's just so easy to set up) and with every other brew I've had ample activity. I use a cold crash guardian but normally don't install that until three to four days after fermentation begins to ensure it doesn't get gunked up with yeast that bubbles through the blow off; I had one kolsch that spewed yeast like Mt Vesuvius! So with this lager I never saw one burp out of the blow off tube, and I'm retired and I spend a significant amount of time in my garage as I'm building out my electric brewery. Point is I was watching that pretty closely.

So after taking the sample I installed the cold crash guardian, then hooked up a CO2 line to the bottom valve of the brew bucket and roused the yeast while filling the guardian's ballon with CO2. Hopefully that will help nudge the ferment along to finish off a little lower and provide me with ample CO2 for my upcoming cold crash. Thanks @Jag75 for the input, I really appreciate the suggestions. I will continue to update the post as I cold crash and condition.

Seems this should be finished fermenting, I kicked up the temp a few degrees a few days back to begin a diacetyl rest; still within the range for the California Common yeast strain so I should be good there. I was going to begin cold crashing (after taking a hydrometer reading to ensure I'm finished) and I remember reading that with lagers I should step down the temperature, roughly 3 degrees a day until I get to cold crash temps. Do I have that right? Is this really recommended and if so why?

As always thanks, I will continue to update on my progress.

Thats my process. I learned that here . Do you have to ? No I wouldn't say you have to. However I always leave beer in the fv for 3 weeks and this process puts me right about there.

Tonight I checked the gravity, it's coming in at 1.016 with my expected gravity of 1.015 so I'm calling it finished. I started to chill it by dropping the temp 4°, from here on out I will drop it 3° per night until I get to cold crash temp.

I tasted it, it was really nice. All in all I think I'll be happy with this one. Thanks again for the help, I'll keep updating.
OP

I cold crashed as described above, kegged just shy of two weeks ago and added some gelatin to help clear it up. Today marks the first batch through my electric brewery I installed, and I'm sipping the lager while I watch it boil. 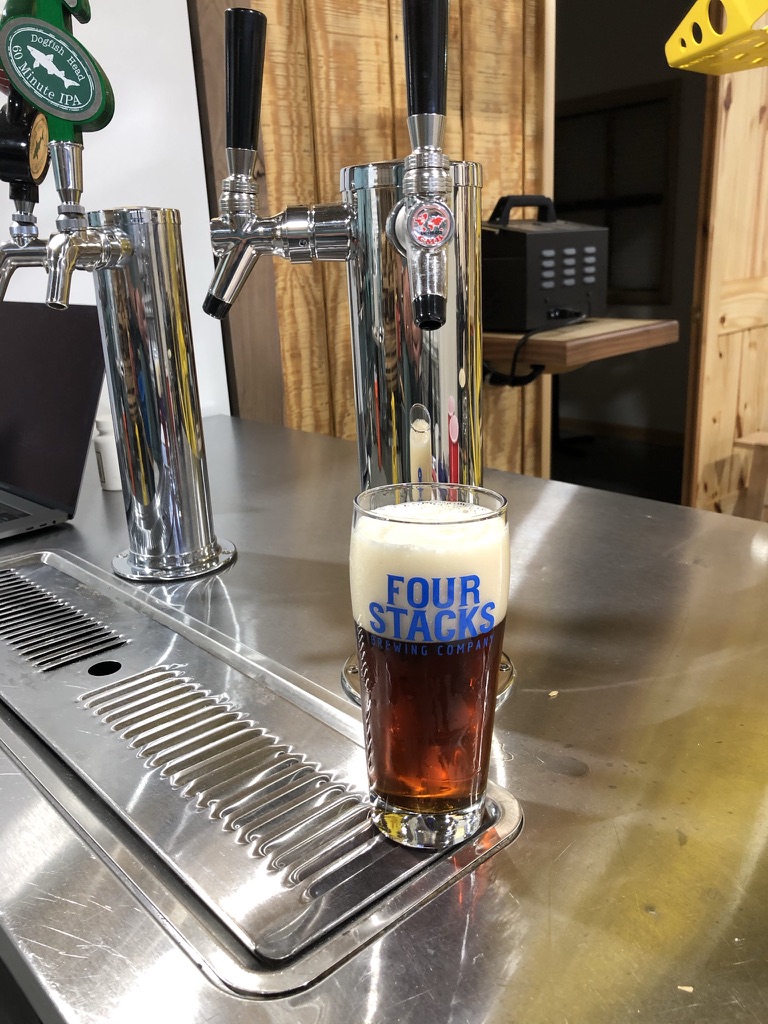 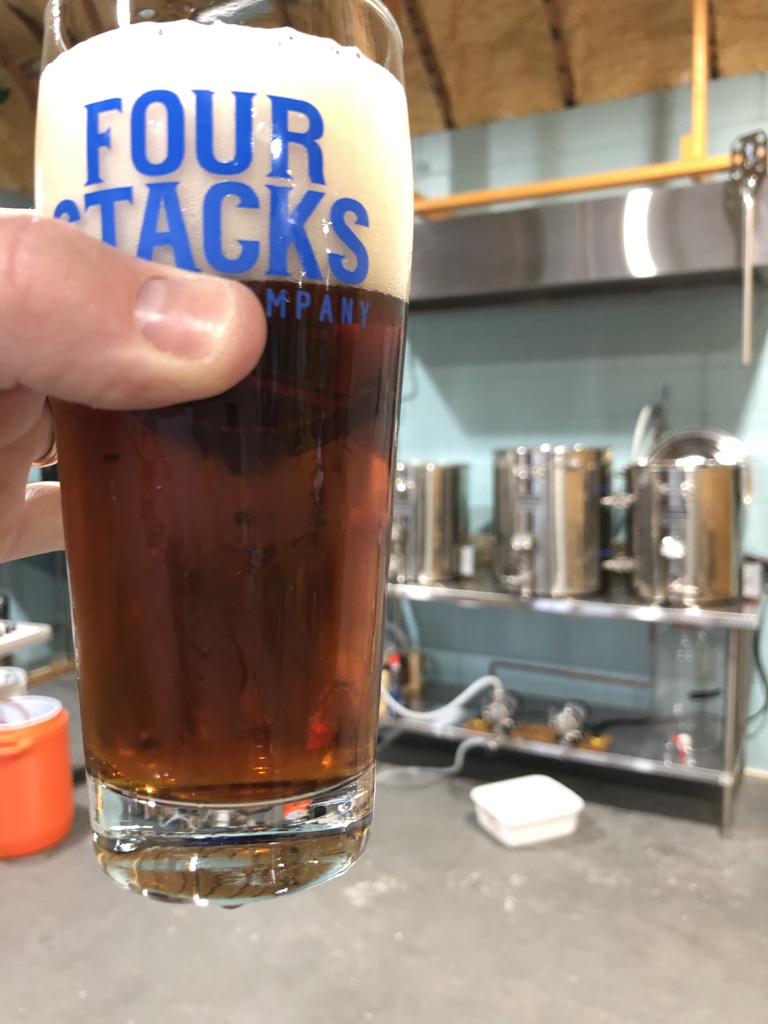 This is a tasty brew! Nice malty flavor, very much more flavorful than any lager I've had before. I love the color and the clarity. This turned out really pretty dang good!

Funny, I was prepping my fermenters for this batch I'm working on and I found the nuts that secure the chilling coil into the lid of the brew bucket were loose. No wonder why I never showed any fermentation activity in my blow off tube. Duh...

Yet Another "Lager won't start" thread