An Idiots Guide to Temperature Controllers 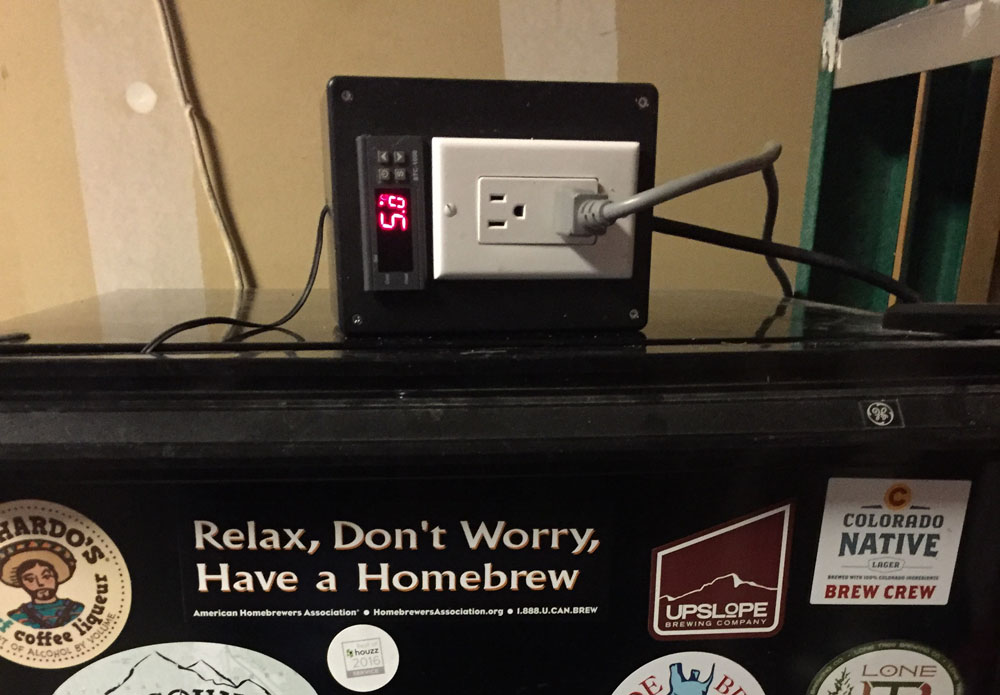 A chest freezer or mini fridge is usually used to control the cooling. If you’re going with a mini fridge, look for one that has a single door, removable shelves, no freezer compartment, or has a freezer compartment that you can easily fold down. You may also have to remove the door shelves in order to fit your fermenter inside.
If you’re going the chest freezer route, check out this forum thread on different models.
If you’re buying either a chest freezer or mini fridge second hand, ask the seller to plug it in the night before, so you know it works when you get there.

Since you’ve already got the fermentation chamber, warming your fermenter is fairly simple. Commercial products such as the Brew Belt or FermWrap wrap around the carboy or bucket and provide a source of heat. They run about $30. Of course, there’s a DIY way as well. A paint can heater is just what it sounds like. To make it, you wire up an incandescent light bulb inside an empty paint can. Place the heater in your chamber, and when the bulb turns on, the heat warms up your chamber.

This is probably the biggest question to ask when you’re shopping for a temperature controller. A store-bought dual-stage controller like this Ranco will run you $150. On the other hand, you can build the same thing using an STC-1000 for way less than half the price. It comes down to convenience (and price) vs. saving money, but spending more time building something. 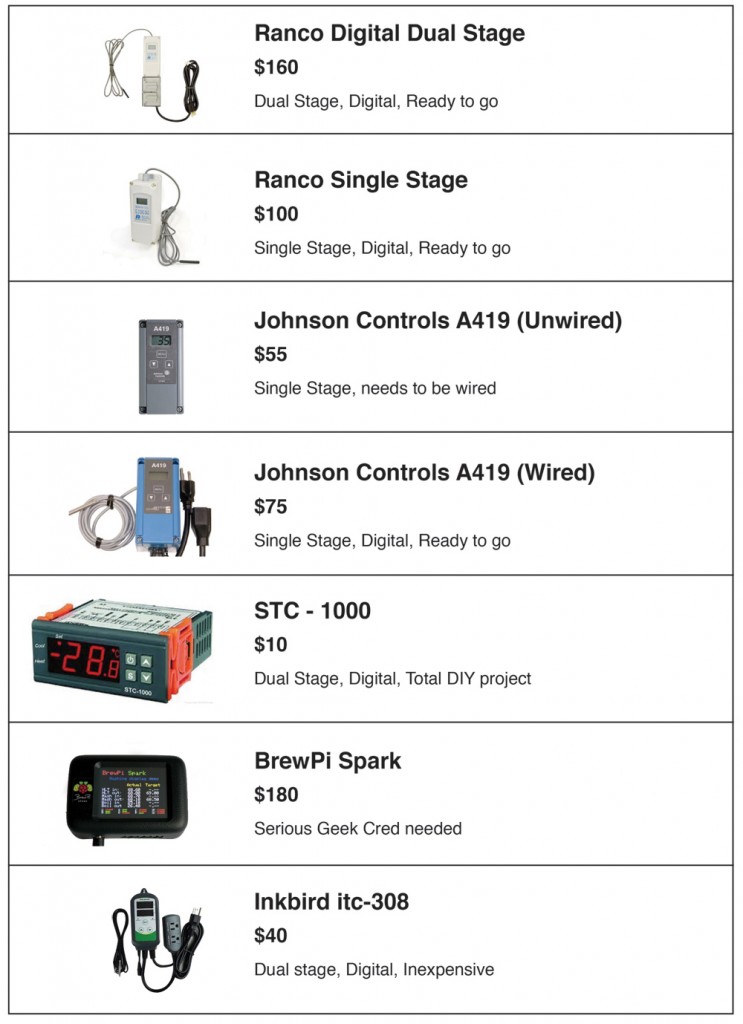 Chart of most used temperature controllers for homebrewing.