A Practial Method for Grist Formulation and Scaling

Introduction
The hobby has come a long way since the I started brewing all-grain beer in the early nineties. While not unheard of, it was very rare for an amateur brewer to jump straight into all-grain brewing at that point in time. Almost every new amateur brewer started out as a can-based kit brewer. From there, he/she usually transitioned to extract plus steeped specialty grain brewing using recipes out of books. Many amateur brewers never transitioned beyond this point before abandoning the hobby. 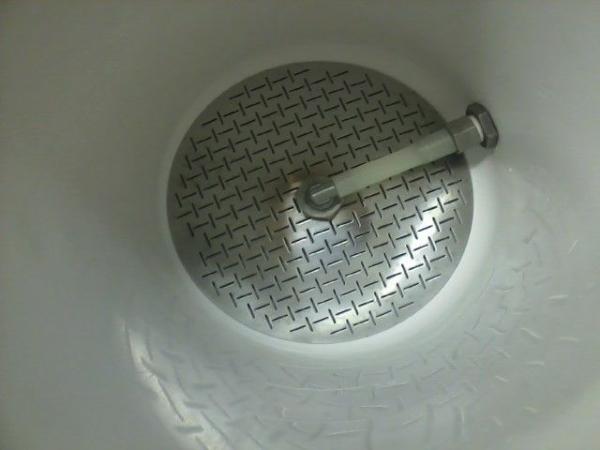 great technical article, and very accessible. I am just starting to delve into BIAB and am in the process of obtaining those 'brewhouse' efficiency data. I will certainly be referencing this technique in the future.
thank you
Thanks for taking the time to read my article. If you read old Brewing Techniques articles and postings on rec.crafts.brewing, you will discover that points per pound per gallon as a measure of brew house efficiency used to be more common than it is today.
I was a prime example of your first two paragraphs. lol.
We all learned that way.
This likely a helpful article for many. I'm not denying that. But, since when is using PPG as a measure of efficiency not common today? Do you mean many people don't know the math behind the efficiency calculations in their brewing software? That might be true--I don't know.
What I have discovered since rejoining the ranks is that many amateur brewers are amazed to discover that they can accurately formulate and scale grists based on their actual brew house results without the aid of brewing software and/or a spreadsheet. Modern all-grain brewers have been conditioned to think in terms of efficiency percentage calculations that weigh each cereal grain used in a recipe in terms of theoretical potential extract. Even many of those who know the inner workings of their software package of choice in gory detail are surprised to discover that accurate grist formulation and scaling can be performed using a much easier to compute metric.
WHERE CAN I GET THAT FALSE BOTTOM????
Maybe I'm just nitpicky, but I've always had an issue with the phrasing of points per pound per gallon. If I mash a pound of malt and extract the sugars and dilute it with one gallon of water then I will have x number of points of sugar. Now, if I mash two pounds of malt, but still dilute with one gallon of water then I have 2x number of points of sugar. However, if I mash one pound of malt and dilute with two gallons of water I have x/2 points of sugar. Therefore we can conclude that the correct unit is points*gallon/pound. We want to multiply by the weight of malt and divide by the gallons of water to figure out SG.
One way to say this is points-gallon per pound (ala foot-pound per second as a measure of power). Another way could be points per pound per gallon, so long as we understand this to mean points/(pound/gallon) = points*gallon/pound. However, I find this unnecessarily ambiguous because points per pound per gallon could just as easily mean points/pound/gallon = points/(pound*gallon) which is incorrect.
All the math and content of the article is correct, I'm just bothered by the name of the unit is all.
@McCoy When I first started brewing and using pounds per gallon I came to the same conclusion. From a math perspective it is very confusing, however from a practical standpoint I understand the terminology. It just seems more natural to think in terms of how many pounds of grains you want to add to a gallon of water to reach a certain gravity then how much water to add to a pound of grain to reach a certain recipe.
Basically a lot of brewers, myself included, tend to design a recipe by first choosing the volume you want to brew and then scale the grist to reach the desired gravity. I guess this type of thinking translates better in saying pounds per gallon though the units of ppg are actually gallons per pound.
I still agree with you though and feel like a lot of people can get confused because of this.
The false bottom shown in the photograph was purchased from Adventures in Homebrewing. It's actually an assembly that consists of the following parts:
One 9" stainless steel domed false bottom, 16% open area (item 99-2649)
One stainless steel 1/2" NPT x 3/8" barb 90-degree (item 73-4109)
Two stainless steel 1/2" NPT lock nuts (item 73-1744)
If you are building a 10-gallon beverage cooler-based mash tun, you will need to substitute item number 99-2570 for item number 99-2649.
@McCoy
Points per pound per gallon (ppg) is basically just a measure of a solute when dissolved in a one-gallon solution, which is not the same thing as adding extract to one gallon of water. Adding extract to one gallon of water increases the volume of the solution.
We can dilute or concentrate the extract from one pound of grain, but the base ratio remains the same. All we are doing is creating a coefficient other than one. Producing a two gallon solution with one pound of grain is just 1/2ppg. Producing a one gallon solution with two pounds of grain is 2ppg.
By the way, the expression points / pound / gallon does in fact equal points / (pound * gallon) because the second and third terms in the ratio are 1.
28 / (1 * 1) = 28
28 / 1 / 1 = 28
The expressions (points * pound) / gallon and points * pound * gallon also produce the same result.
@Qcbrew

"Basically a lot of brewers, myself
included, tend to design a recipe by first choosing the volume you want to brew and then scale the grist to reach the desired gravity. I guess this type of thinking translates better in saying pounds per gallon though the units of ppg are actually gallons per pound"
That's exactly what the "batch_grist_mass_in_pounds" equation outlined in the article accomplishes. The portion of the equation to the left of the divisor calculates the total number of gravity points as a function of original gravity and batch volume in gallons. Total gravity points is just the number to the right of the decimal point in the O.G. converted to a whole number multiplied by the batch volume size.
total_batch_gravity_points = (0.G. - 1.0) x 1,000 x batch_volume_in_gallons
batch_grist_mass_in_pounds = total_batch_gravity_points / average_points_per_pound_per_gallon
I often shorten points per pound per gallon to gravity points because total batch gravity points and points per pound per gallon are both referenced to the gallon as a unit of measure. A problem encountered with this practice is that an Imperial gallon is larger than a US gallon (not to mention that a liter is smaller than a US gallon and a kilogram is larger than a pound). Twenty-eight points per pound per US gallon is equal to 23.3 points per pound per Imperial gallon.
I recant my comment. I read something that changed my mind about the correct unit the correct unit for potential extract is points per pound and then the unit for gravity (being a density, essentially) is points per gallon. Of course the natural consequence is you must multiply the potential of your grain (given in points per pound) by pounds of grain, and then divide by the volume of your batch (yield points per gallon) to get a gravity. This makes is so "points" refers to an amount or mass of sugar rather than a density of sugar in solution. I think this is more clear, since the amount of sugar yielded by a pound of grain has nothing to do with how much water dissolves that sugar.
Exactly! If one examines the extraction efficiency as a percentage calculation, one discovers that it is merely a percentage of a percentage of a mass when dissolved in a one gallon solution. The maximum theoretical extract for any given malted grain is little more than a theoretical (or actual) dry basis, fine grind (DBFG) percentage applied to the density of a one gallon solution that contains one pound of dry malt extract.
Example
base_malt_DBFG = 80%
DME_ppg = 46
base_malt_max_ppg = DME_ppg x base_male_DBFG
base_malt_max_ppg = 46 x 0.8 ~= 37
(assuming that our grist only contained base malt)
base_malt_extraction_efficiency = brew_house_base_malt_ppg / base_malt_max_pgg
base_malt_extraction_efficiency = 28 / 37 ~= 76%
In reality, what we are saying with the above equation is that we are able to extract approximately 6/10ths (0.76 x 0.80 or 28 / 46) of a pound of malt sugar from each pound of base malt. The beauty of ppg as a measure of brew house extraction efficiency is that it allows us to determine the amount (mass) of grain that we need hit a specific gravity given a volume fairly easily. DBFG values never enter the equation because they are not needed in practice. PPG also allows extract brewers to easily convert recipes to all-grain because all they need to do is apply the following equations to their old recipes:
pounds_of_base_malt = 46 / average_brew_house_ppg x pounds_of_DME
or
pounds_of_base_malt = 36 / average_brew_house_ppg x pounds_of_LME
love this article, thank you. When calculating my average ppg, what does using a sliding sample point window that is weighted towards the most recent batches mean? Is it just that I only use my most recent batches, say 5, instead of an average of all of the batches I have brewed on my system?
Also, do you notice a difference in extract efficiency when mashing at a different temperature? I am not sure if mashing at 148 will yield the same ppg as 156, because of the different levels of enzyme activity. I am wondering if average ppg is affected by mash temp, and if that could be another category to group recipes into in addition to the 90/10 80/20 groups. For example, low mash temp group (148-152) vs high mash temp group (153-158)
Yes, it means that ppg values from the most batches tend to be more accurate than older values, especially when purchasing base malt in bulk.
While one will usually achieve a higher extraction rate if one raises the mash bed temperature before lautering, the temperature at which one performs saccharification rests generally only affects the balance of sugars in the extract. What's critical when mashing low is to verify that conversion is complete.
With that said, while modern malt is high converted, one can achieve a small increase in extraction rate by performing a decoction mash. I tend to achieve a point higher extraction rate when I perform a single decoction mash with domestic 2-row.
so like bakers percentages with your own efficiency in mind simple enough concept.
You must log in or register to reply here.
Share:
Facebook Twitter Reddit Pinterest Tumblr WhatsApp Email Link

E
A Practial Method for Grist Formulation and Scaling