A Different Sort of Control Panel

Two years ago when I was planning my electric brewery, I was set on a ‘traditional’ three vessel system and read the electric brewing forums, watched the YouTube videos and @kal ’s excellent material on The Electric Brewery website. That all changed when I was convinced by several highly respected and award winning brewers to give eBIAB a try and I have never looked back.

About that time, John Blichmann released the Brew Commander and I was able to try it out at HomeBrewCon and I loved the touchscreen, intuitive interface and functionality. That left me with a bunch of parts from my intended build of a PID based control panel and I decided to put them to good use. While I loved the Brew Commander, and it hasn’t let me down over 25+ brewdays, there were several functions that I wanted to add, so I started designing a control box that fits between the wall outlet and the Brew Commander. The functions I wanted out of this was:
1) When I was planning the brewery, I had an electrician run a 240V/60Amp circuit to give me the most flexibility for the three vessel system. Since the Brew Commander is a 30 Amp controller with 10 gauge wire, I wanted to add a breaker to protect the Brew Commander in the event of a catastrophic short.
2) While I really liked the Brew Commander - the folk at Blichmann did a great job with that unit - I wanted a more visible way of knowing it was doing its job and firing the element at a 45% duty cycle. This is normally what I use for boil (with @Bobby_M ‘s BrewHardware.com SteamSlayer). The little red ‘element on’ icon on the Brew Commender’s screen wasn’t big enough.
3) The ‘Pump’ softkey on the Brew Commnder’s screen was too close to the On/Off/Auto button for my liking. Several times I went to turn the pump on and switched the mode to ‘Auto’. I also wanted an illuminated indicator so it was obvious when the pump was on.
4) Several times I have missed a timer because Alexa has it in for me, the iPad volume is turned down, the music is cranked up to high, or I have taken my watch off. I know the Brew Commander has timers but I wanted one place with a loud timer and visible countdown, so I added a $30 Inkbird timer.
5) It hasn’t happened yet, but I was concious that if a hose did blow off or the SteamSlayer John Guest fitting let go, then the Brew Commander was right under it. Would I really want to reach for the small on/off switch on a wort-soaked Brew Commander? No - I wanted a big red ’Stop’ button to push and remove all power.
6) Yes I an a geek - and an electronic engineer and I also wanted to monitor the line voltage and current being used.

So I ended up putting together this control box, mounted on a TV mount and using the DIN rail mounting capability of the Brew Commander. This moved it up off the bench away from the kettle and addressed all the issues above. Was there an easier way of doing it? Probably but I had already bought some of the high cost parts like the DIN rail mountable breakers and contractor and I enjoyed putting it together. I just know that the beer this makes is going to be so much better! 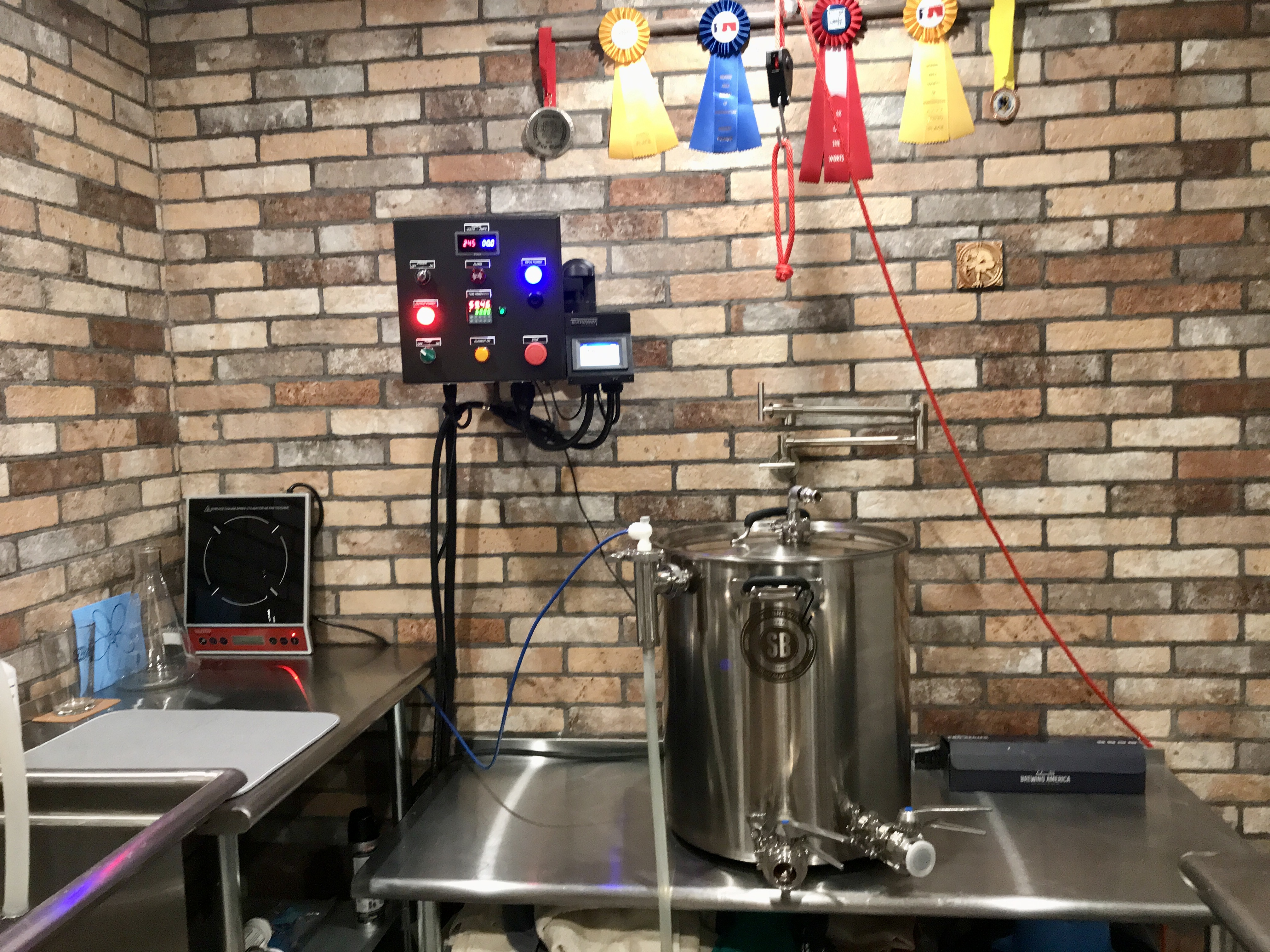 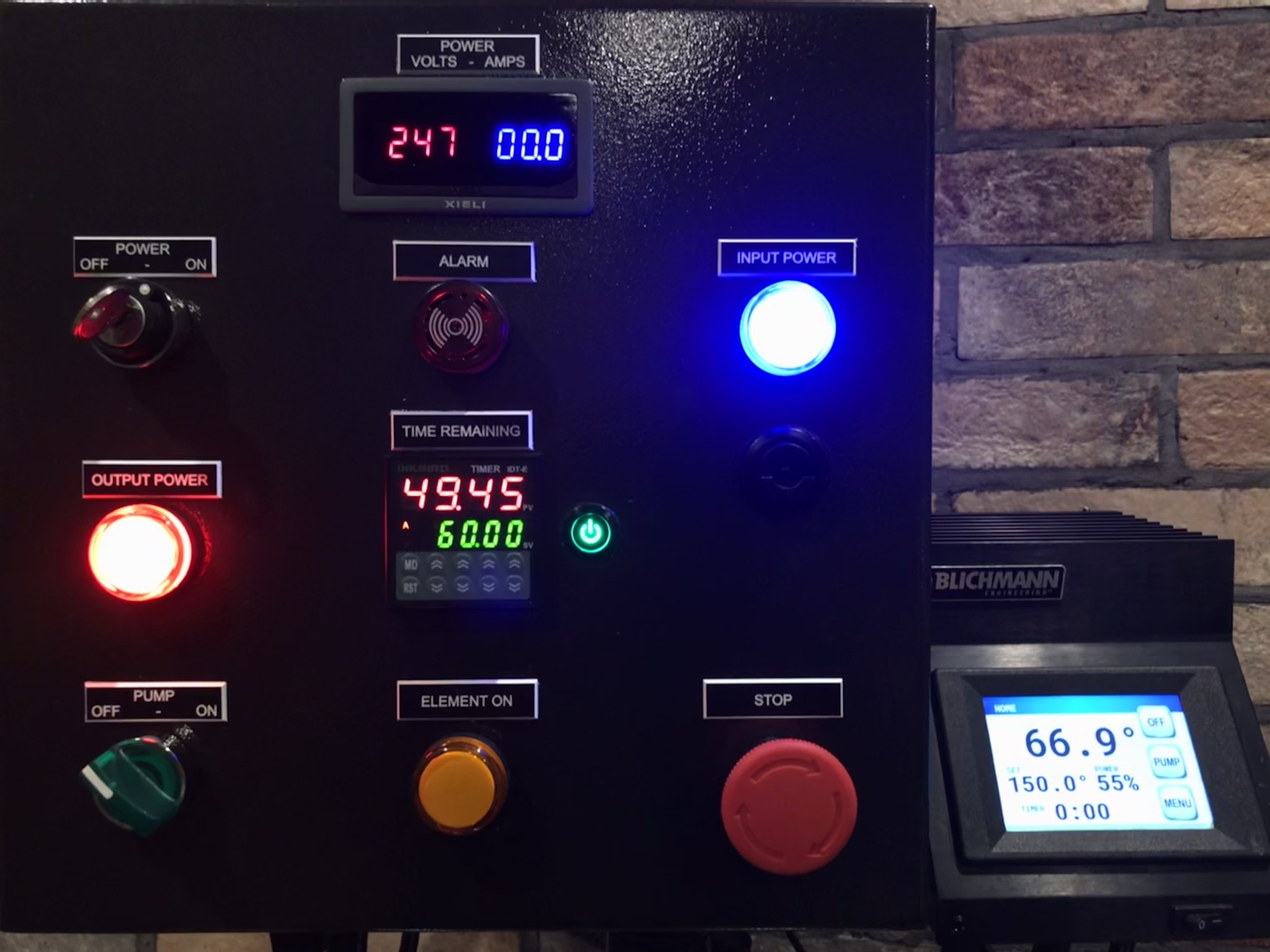 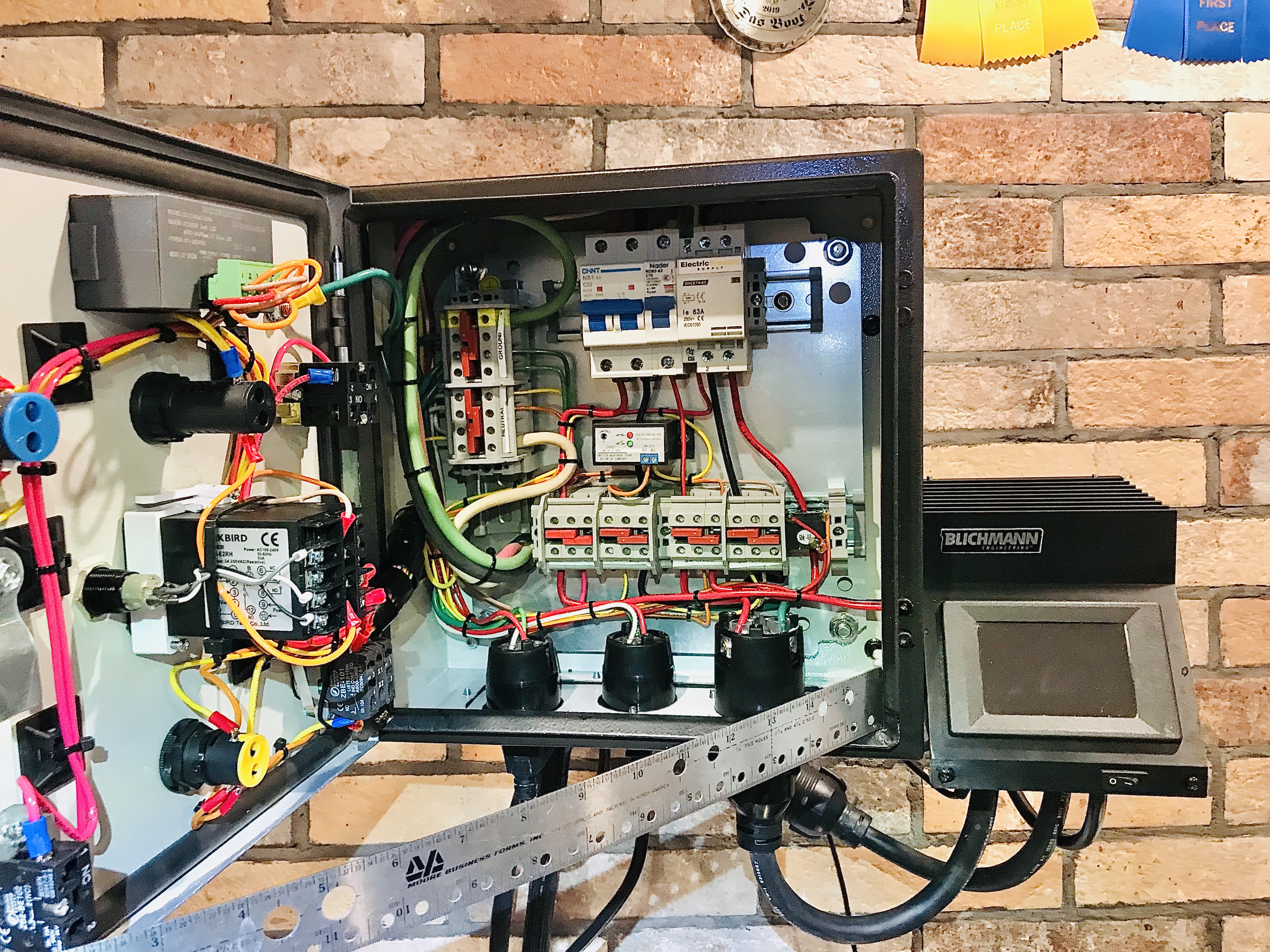 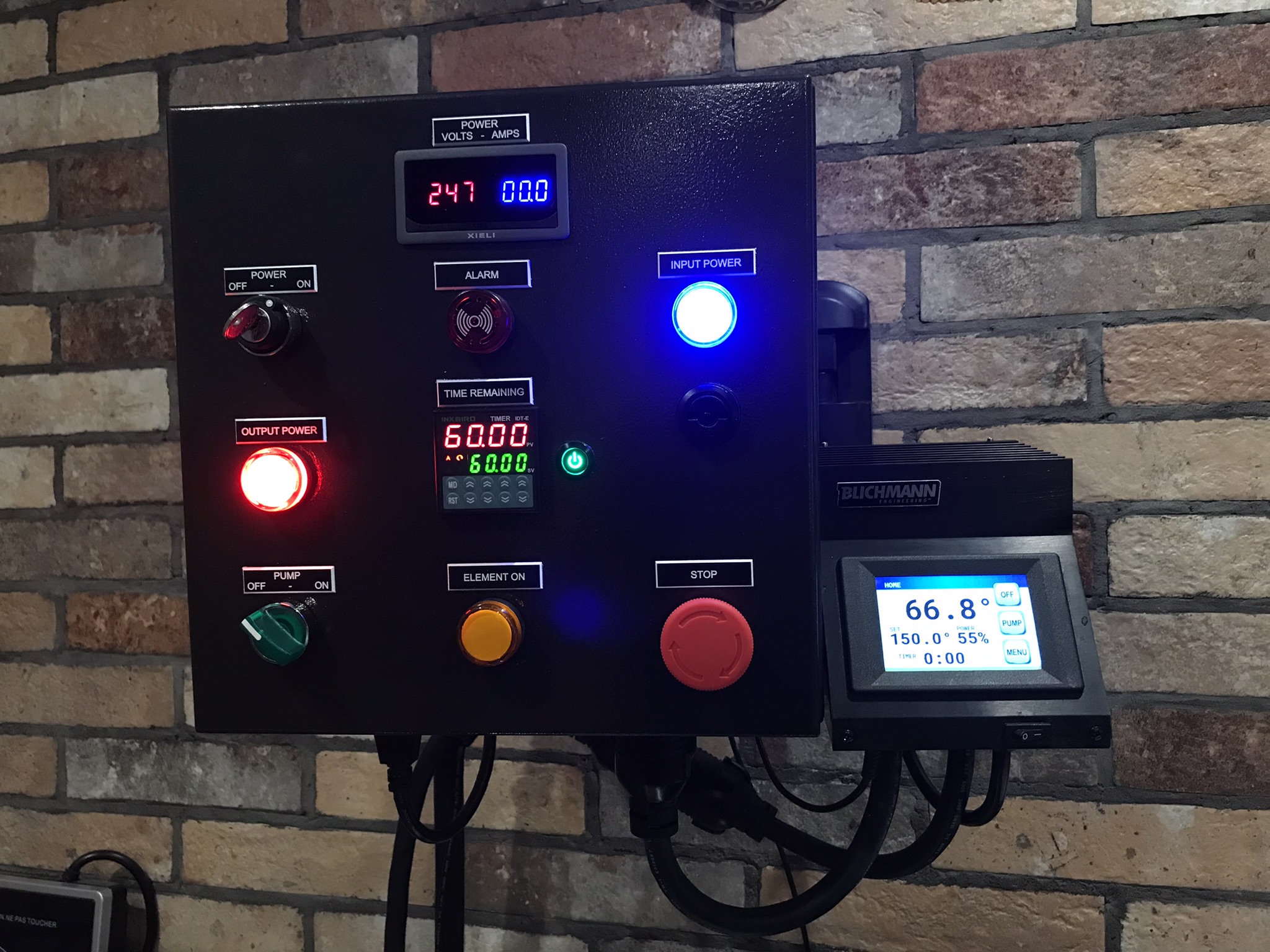 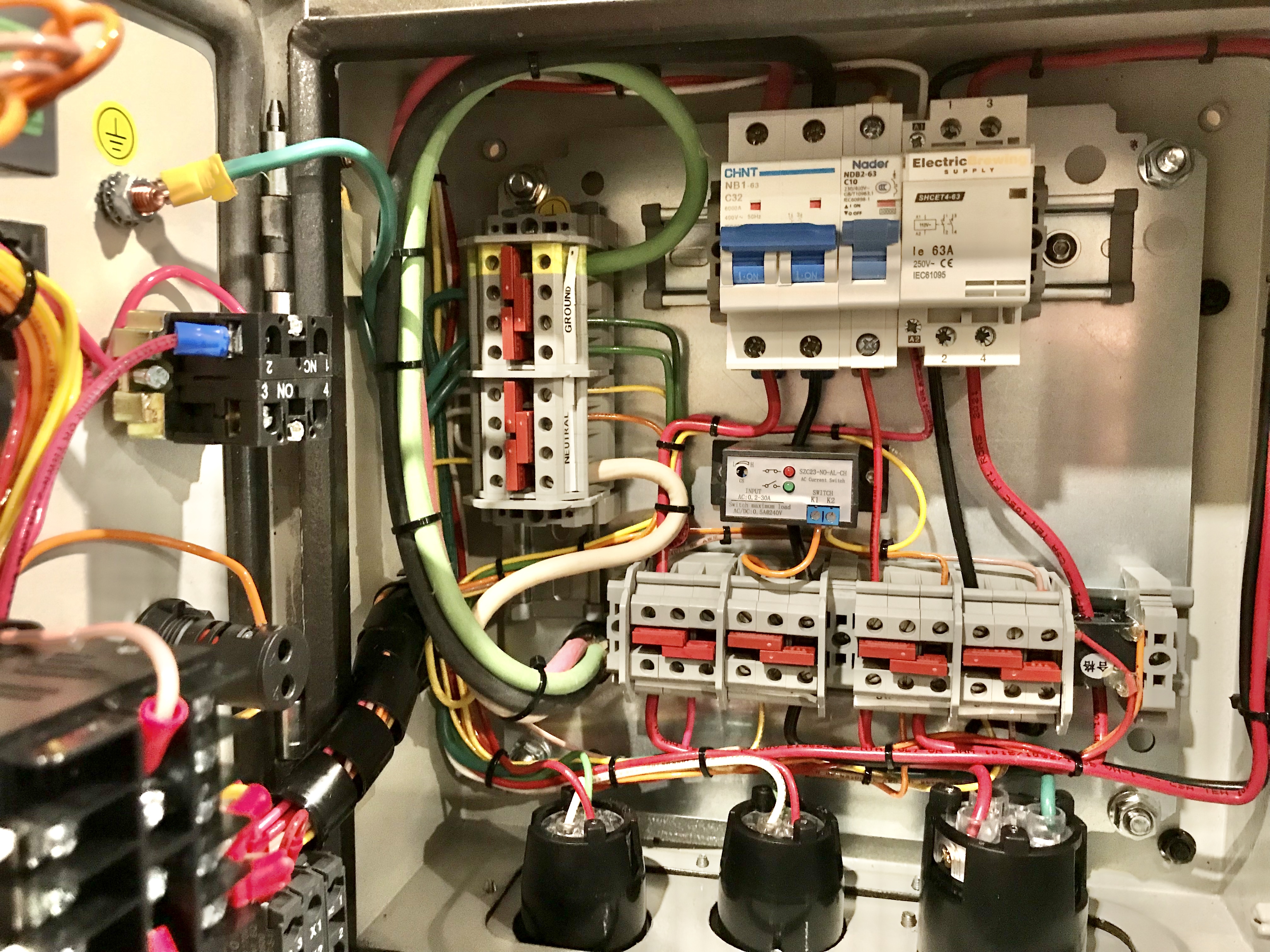 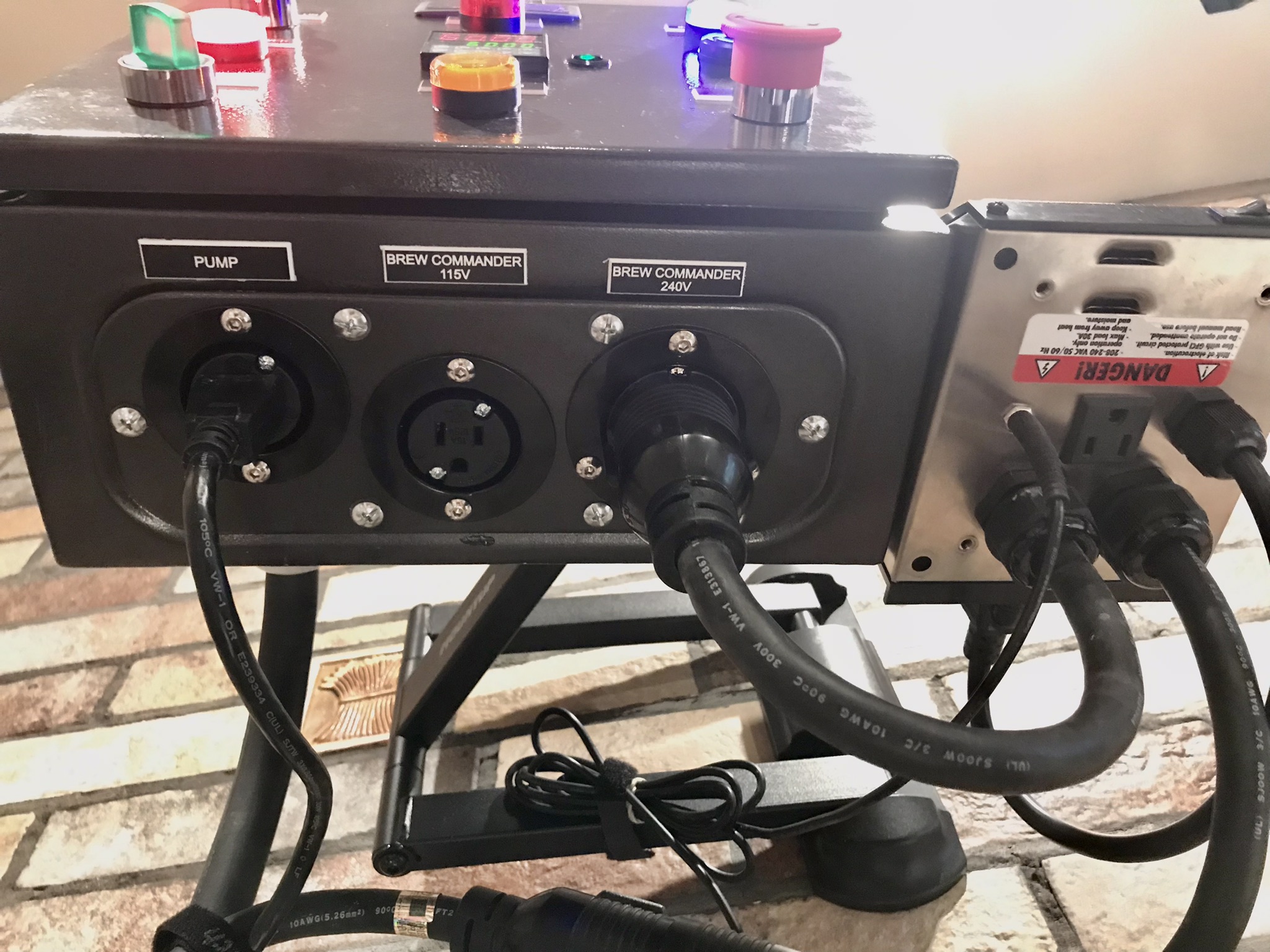 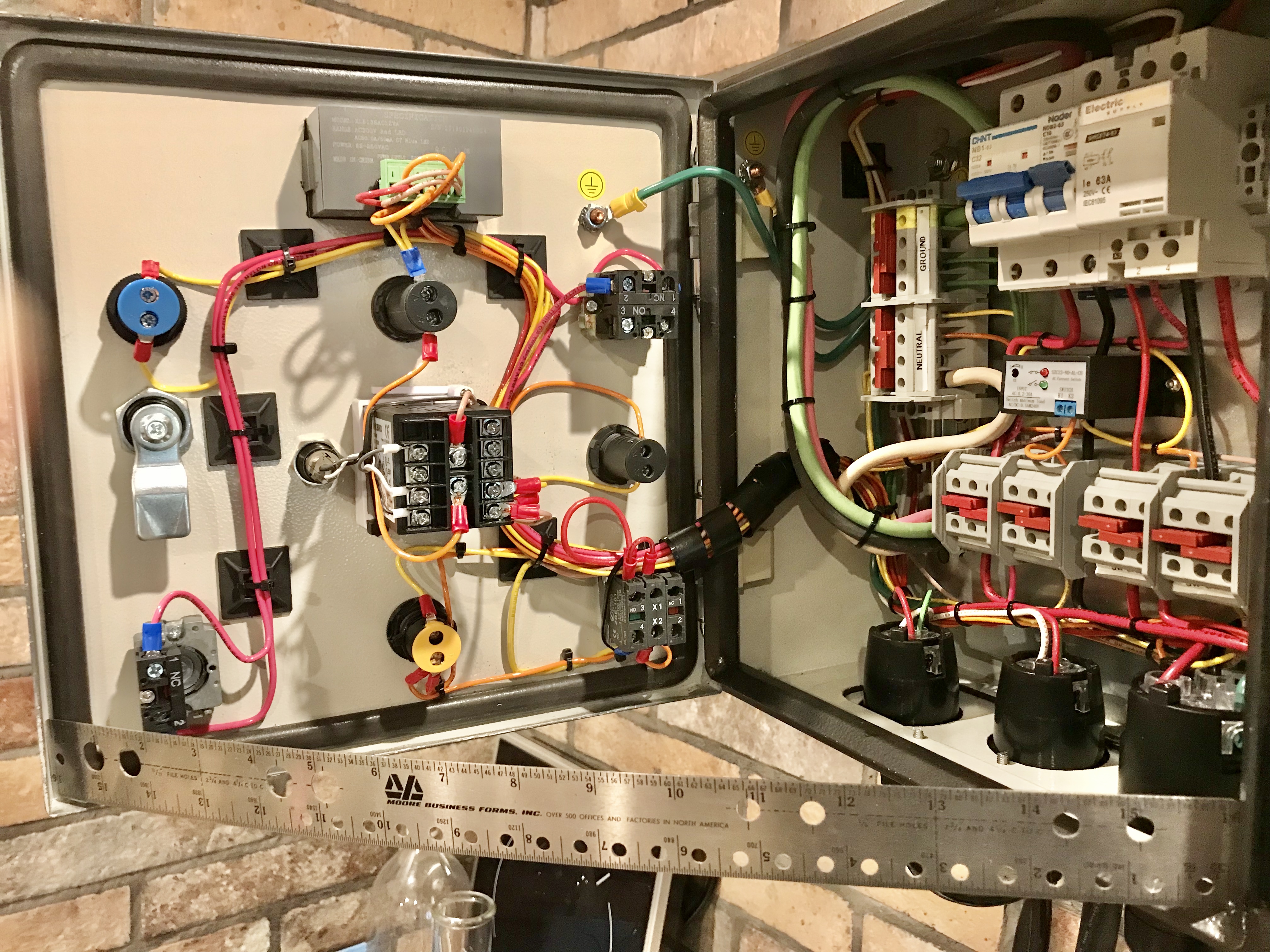 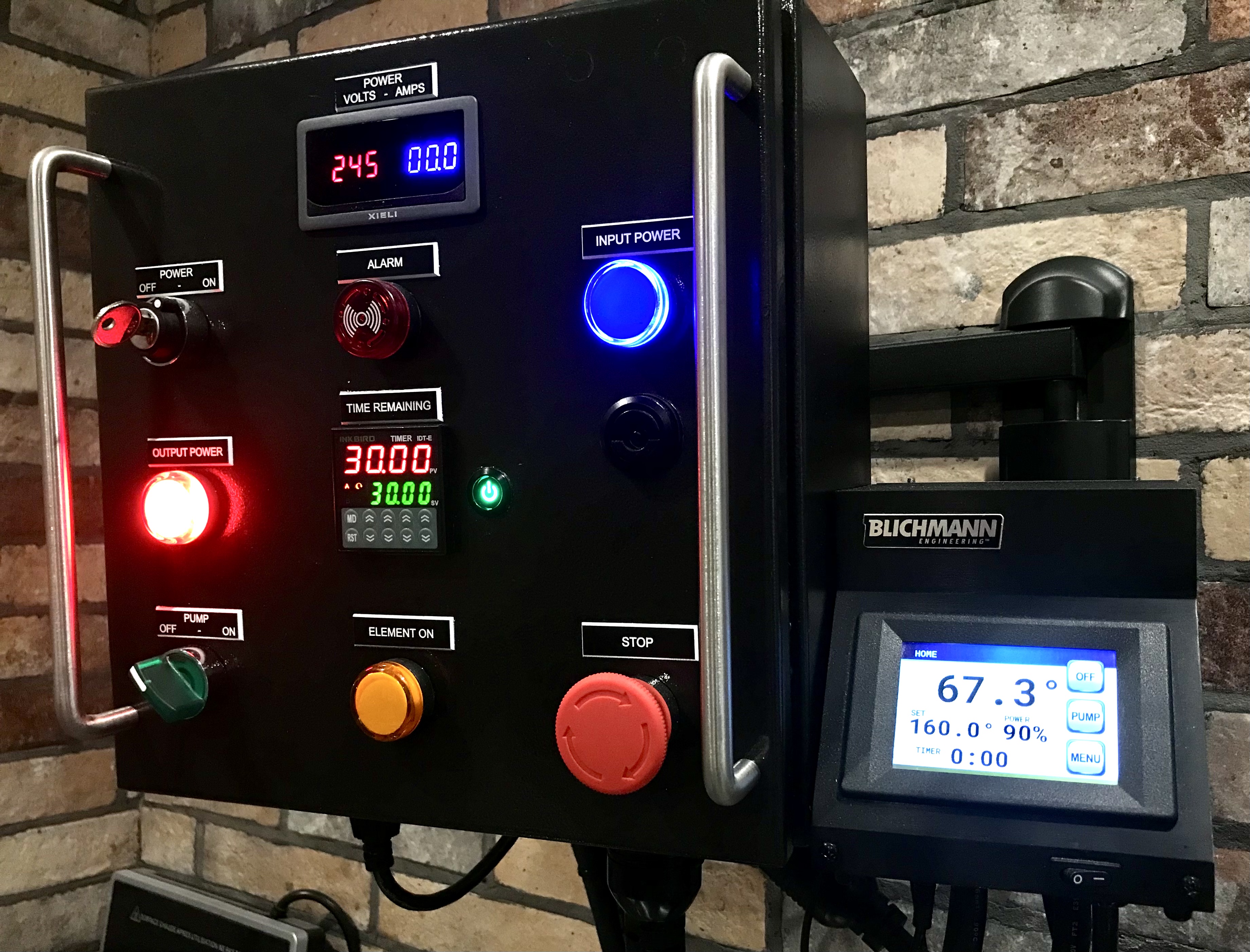