So here we are after a long tiring weird 2020 and the hops are sprouting up big time. I grew cascades chinooks and nuggets and they all are reaching for the twine now with a dozen or more shoots at each site. Last year I trained any growth from the rhizome plantings to maximize leaf set and promote roots. This year, spring pruning is needed. I noticed some shoots have long internodes and some have short internodes. I don’t want to prune everything back this year and want to select the longest of the shorter internode shoots and remove the others. Next year when the roots are much more established and there is just too many shoots early spring I plan to trim the whole lot early April and then do bine selection on the second set of growth. Does this seem to be an okay process to follow?
OP 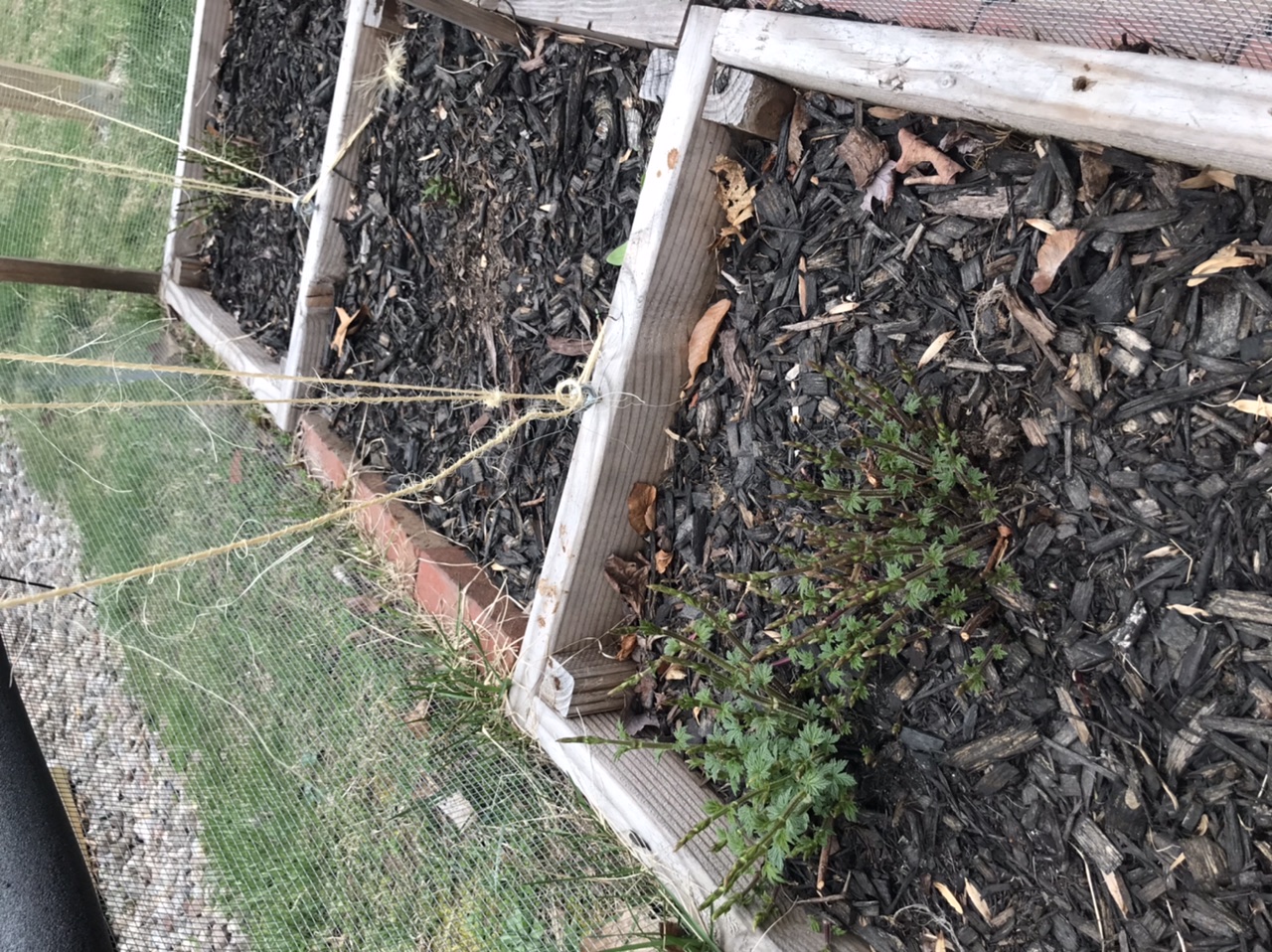 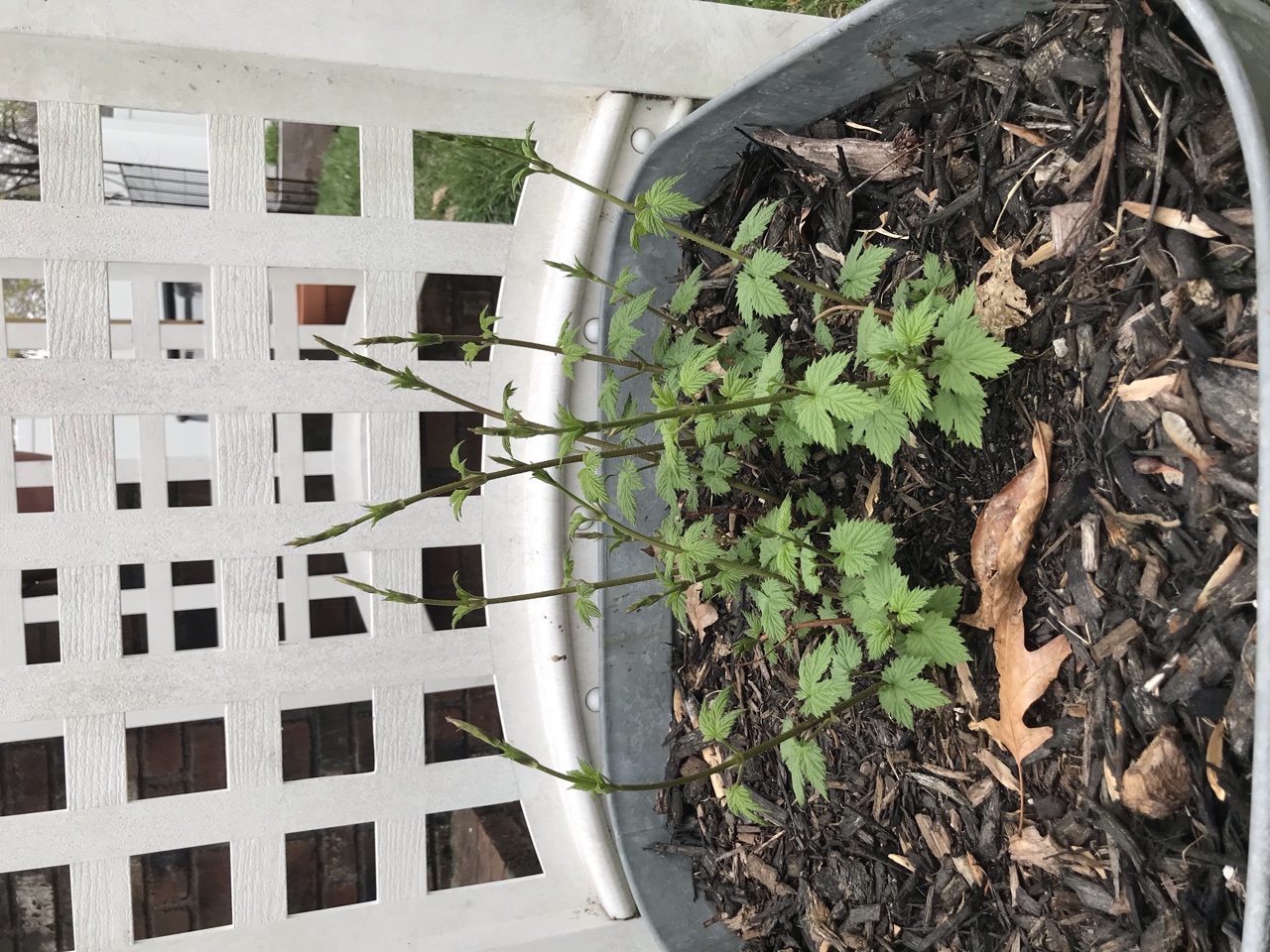 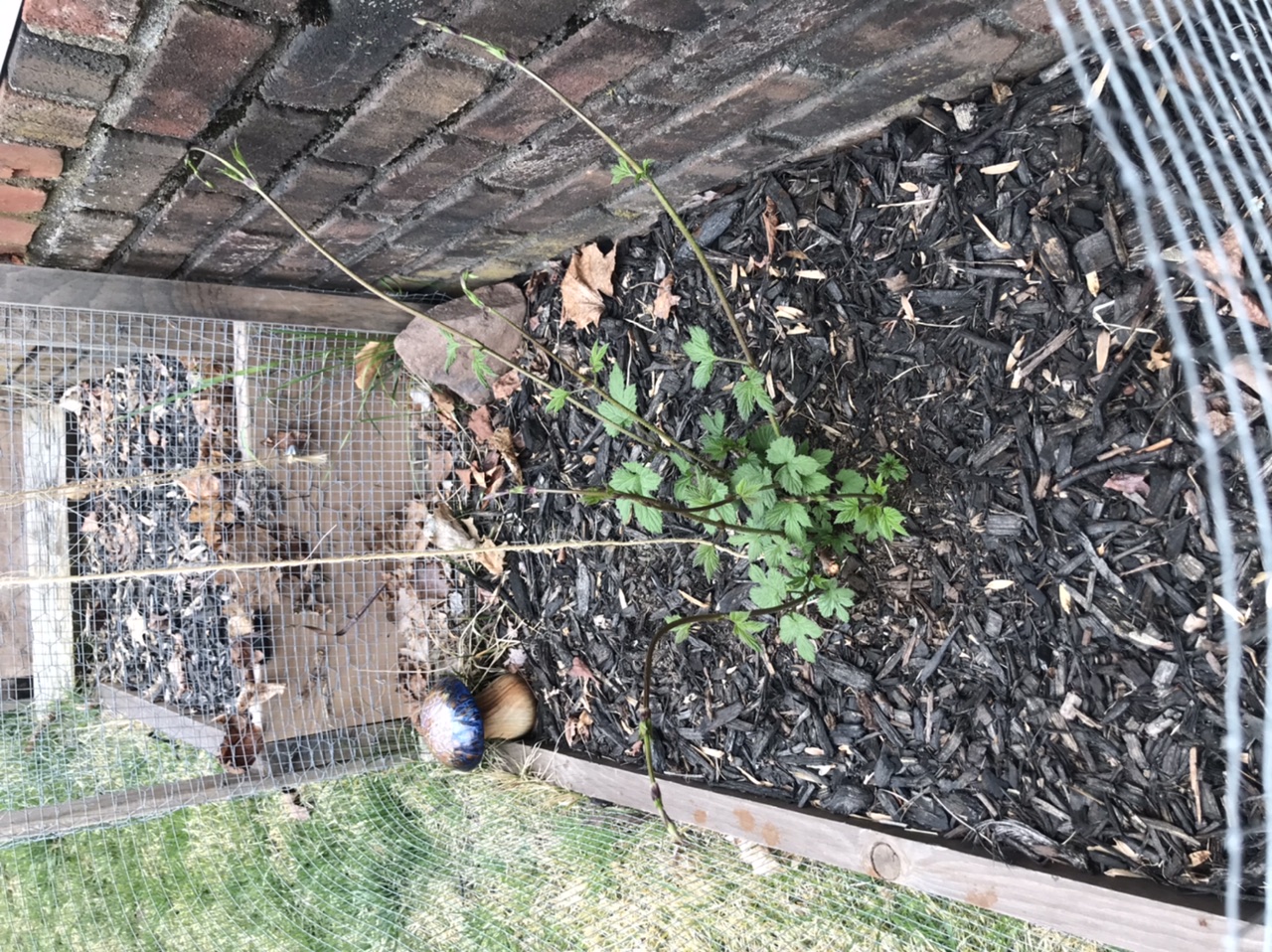 Let me know what you find out. I'm on year 2 as well with my 10 varieties lol. Not sure what I'm going to do this year. I'm hoping to get this in the ground next year. 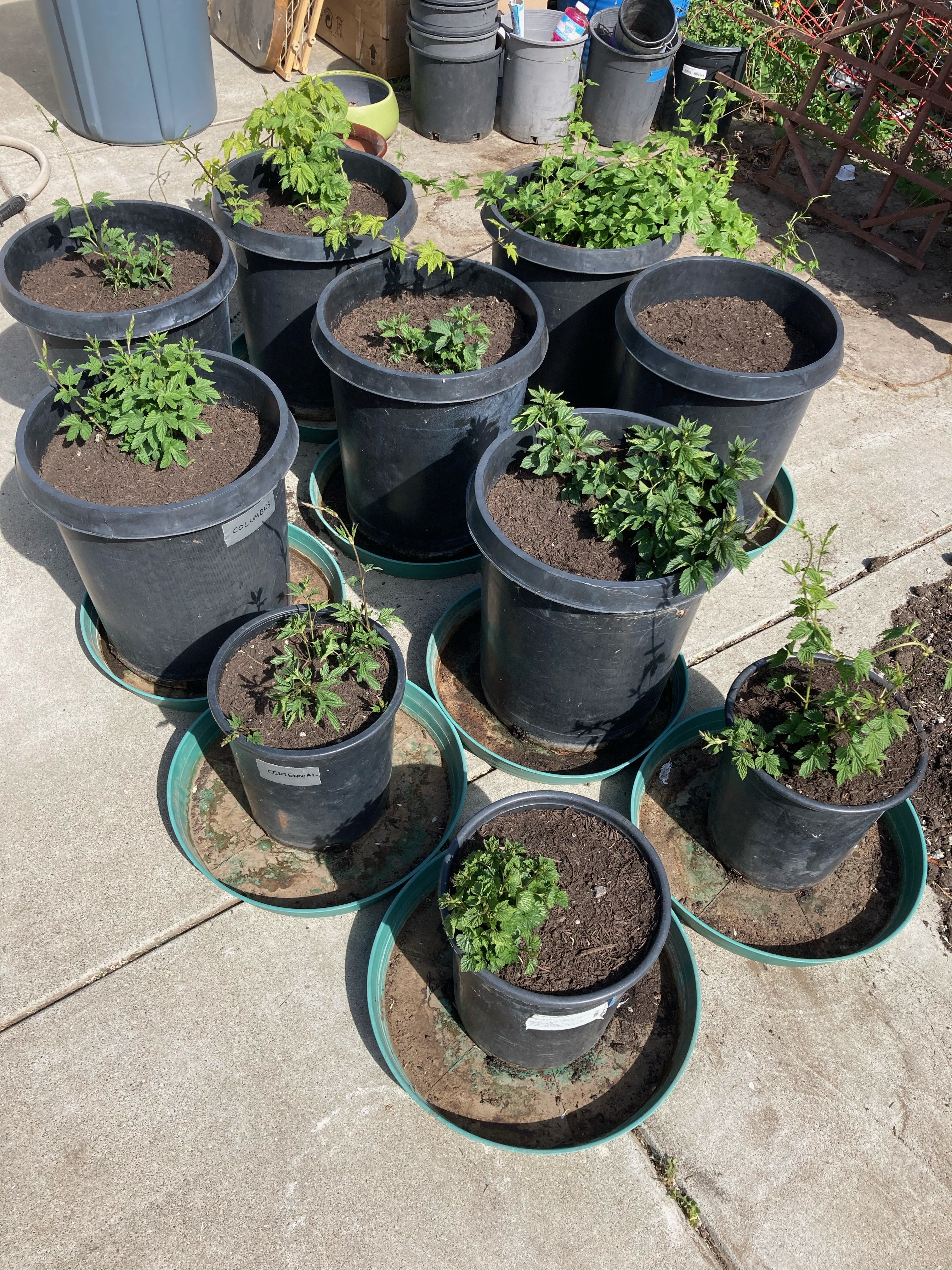 The nuggets are the last pic and they are all very long internode shoots and hollow I believe. It’s been said they don’t produce as much and can kink in wind. But at the same time I’d hate to cut it all to see a sad second growth response when I could’ve kept them growing. This plant had only a single bine last year and I’m having a hard time parting with all these shoots now lol. The cascades in the first photo are leafy and stout and I think they will be stronger selections than these other long lanky ones in a couple weeks when I train.
@apache_brew Those small pots will probably get a bit bound up by end of this year so I would either switch to larger pots on those or def get them in the ground. Looking happy though!
K

Those plants are all looking very robust and healthy. Don’t be shy about cutting this initial growth back. Hop plants are VERY resilient. I remember how much yours grew last season. Those plants are very pleased with their location and will be huge by the of the season.

I agree with your assessment about the nuggets. Look like bull shoots to me. Hack those things back.
N

are there always bull shoots?
My Hartwhick had 3ft bull shoots then shoots that came up later that were only a few inches. I chopped the 3 ft ones this week and they were hollow.
the second batch, I trimmed one and it was solid.
so I left them.

My Arcadians came up the same time as the second wave of hartwhick.
I didn't trim because they were barely a few inches on sat.
now some are over a ft.
I cut one of the long ones that was growing out of the far corner of the box and not needed and it was solid.
so no Bull shoots with that plant I guess?
OP

Procrastinated on that early spring growth flush cut and experiencing bull shoot performance myself. After pruning to 6 bines per plant and 2 months later... 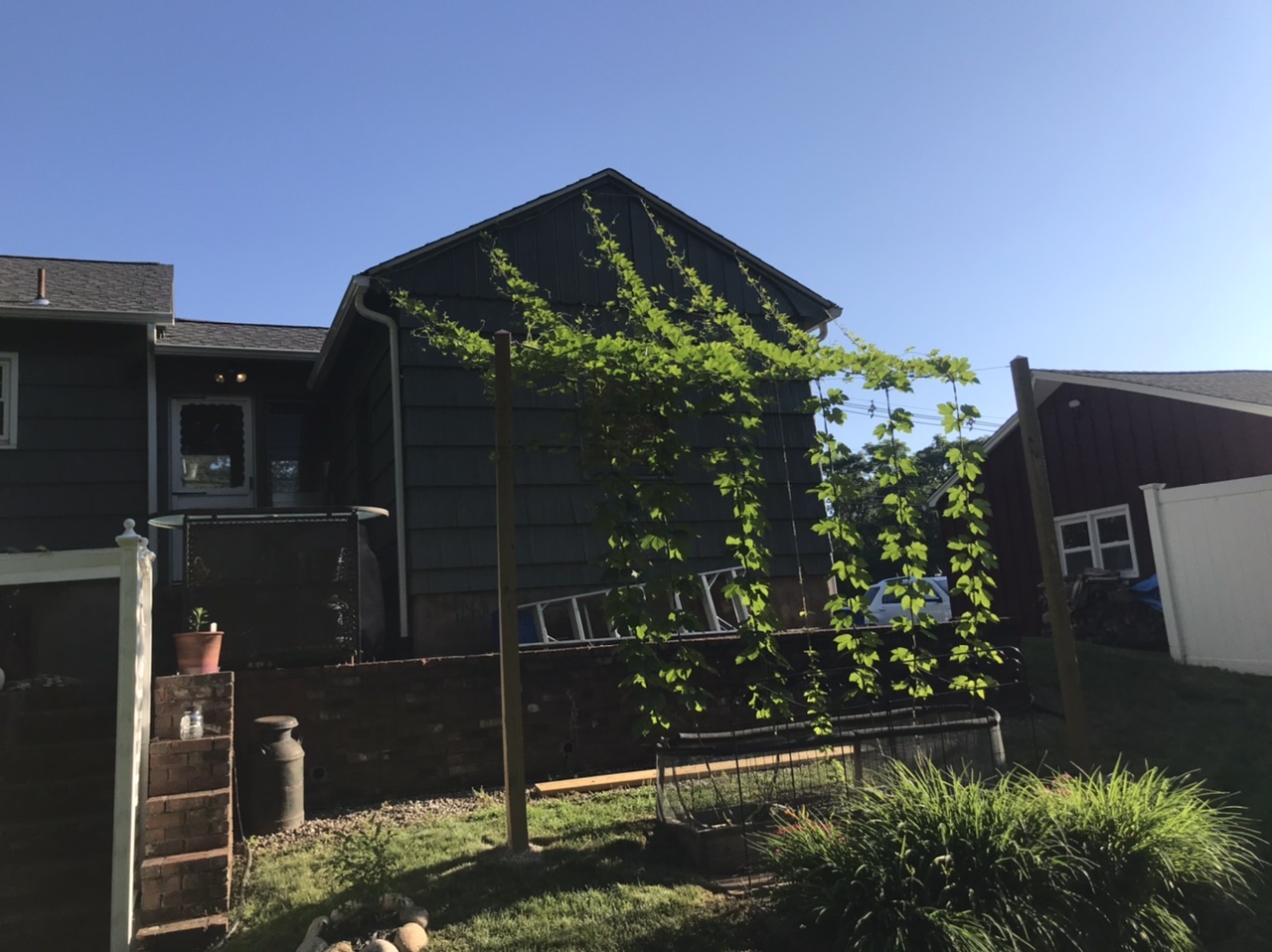 The cascades are doing really well. The nodal spacing is pretty large but having these multiple bines helped fill it in. The side arms are robust and are growing long and connecting between strings creating shady and decorative look. Lots of flowers beginning to form. I can see a decent harvest this yearLast year flowering began in the first week of July. 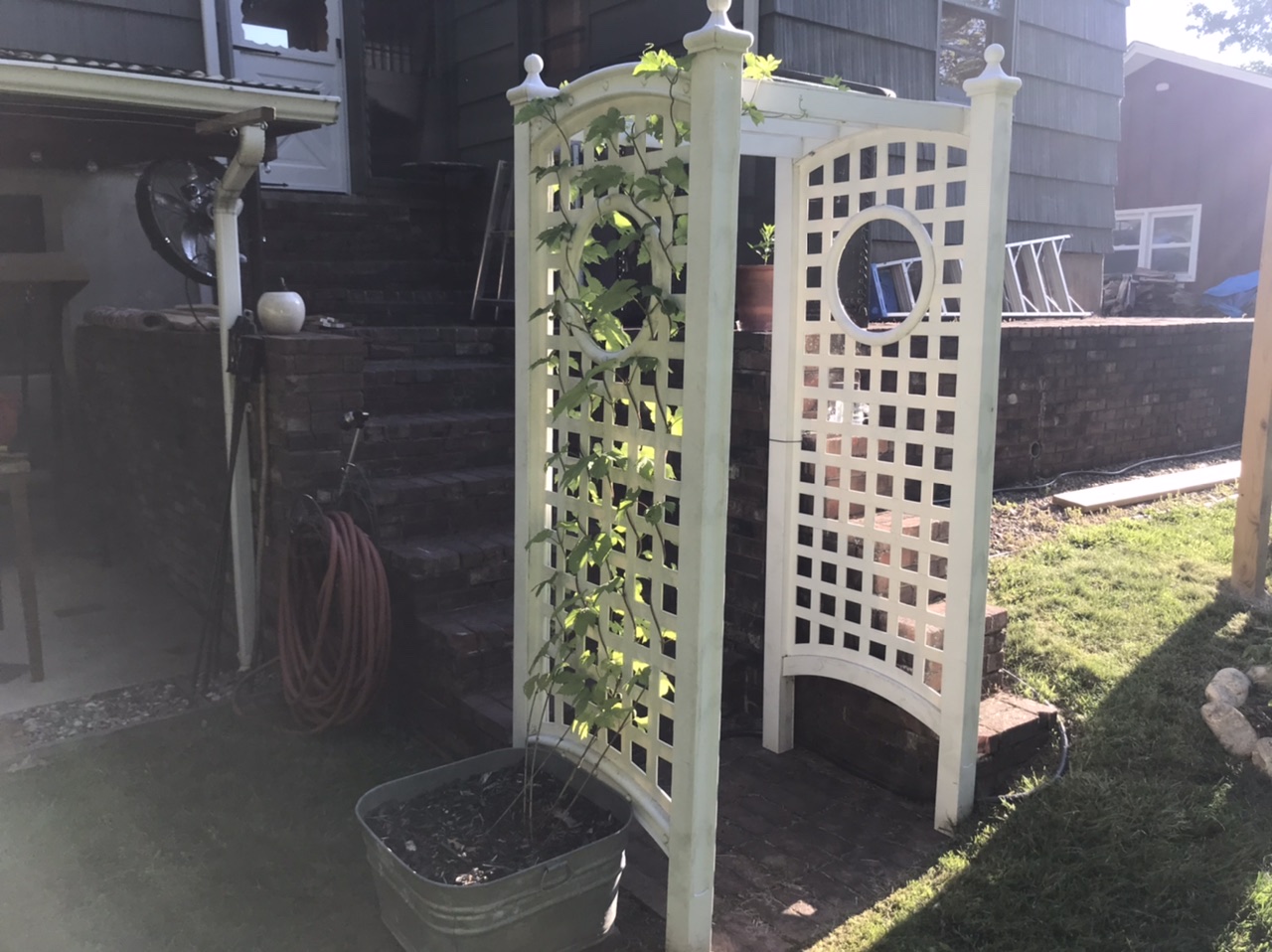 I’m gonna remove this chinook planter. I believe it gets downy and just really doesn’t like the planter. I might try and transplant it in the ground somewhere else. It reaches the top and quits. 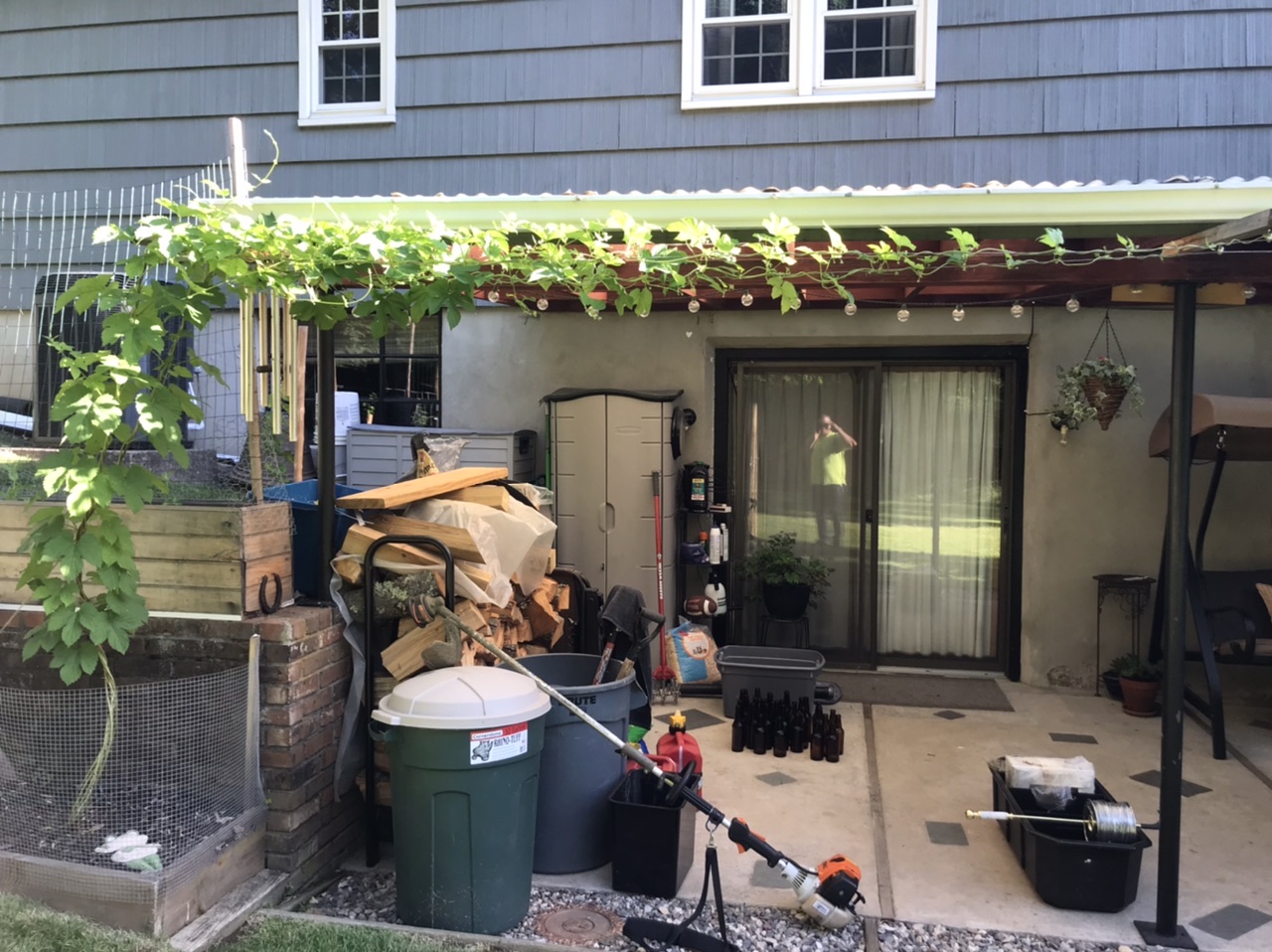 The nugget here seems to be doing okay for horizontal growing. It’s not a beast but it has an extra wire to run on, filled in nicely, and is beginning to flower. Hopefully I’ll get a couple ounces dry.

Well so far so good. Waiting to see the attack of bugs soon. I put down milky spore on the property this year to hopefully deal with the Japanese beetles. Lots of ladybugs making babies on the hops. No bug issues yet! I’ll begin my bloom fertilizer schedule now that it’s already flowering. Cheers everyone! Enjoy your summer

2nd year hops cut back or let them grow

O
Why are my 2nd year hops growing burrs already?