I did my first every electric BIAG last weekend. A few things first, I had less water in my kettle than I intended (ended up with 15L after the boil when I was going for 20L into the fermentor) and the entire batch should have about 50ibu's. I put 30g of 13% alpha hops straight in for the 60 minute boil with no bag.

My efficiency came out at 60% which I am roughly attributing to uncontrolled temps and about 8L less water at Mash in than Beersmith told me to do (I could only fit 20L + grain). The grain bag is a very fine nylon mesh.

The main question is this: My Camco 2500w 'Ultra Low Watt Density' element had about a 1mm layer of sweetish but quite bitter brown stuff all over the element. Is this bad? Does anyone else have to clean their elements because of stuff adhering to it doing the boil? It was kinda fluffy and not like crystallised on, but certainly not just brushable off.

I scrubbed most of it off, but here are some images the day of, and after I cleaned it (badly) and it dried

I have a few theories:
1 - grain particulate getting stuck on the element + hop matter
2 - burnt sugar (caramelisation) + hop matter
3 - has this contributed to a few caramel tasting beer? (as at 4 days fermented)

The beer itself (after four days) is down to 1.014 and smells really toffee-like, and tastes quite sweet still (not burnt as far as I'm aware) which I wouldn't have thought the grain bill would do? But it is my first all grain, so... 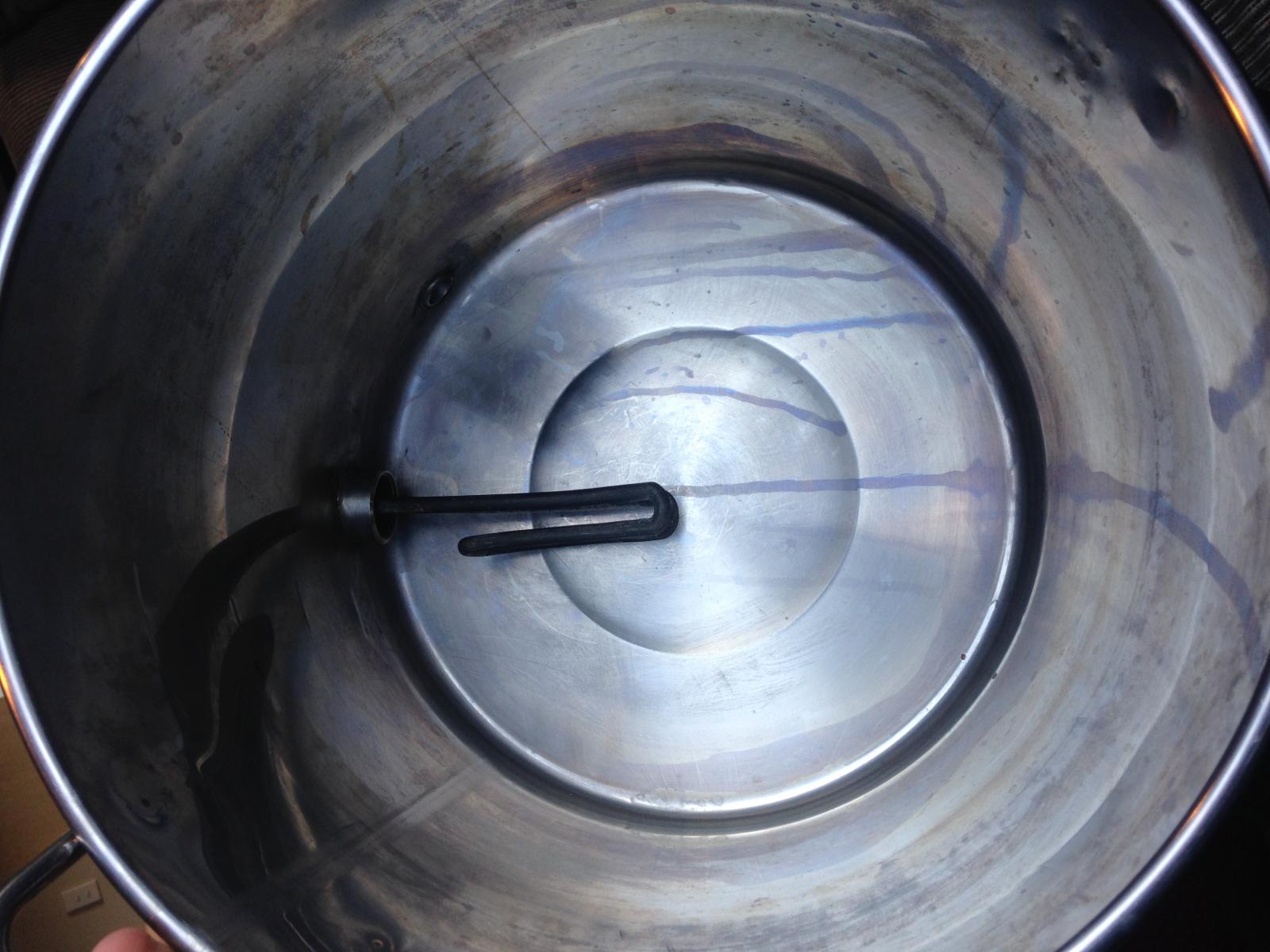 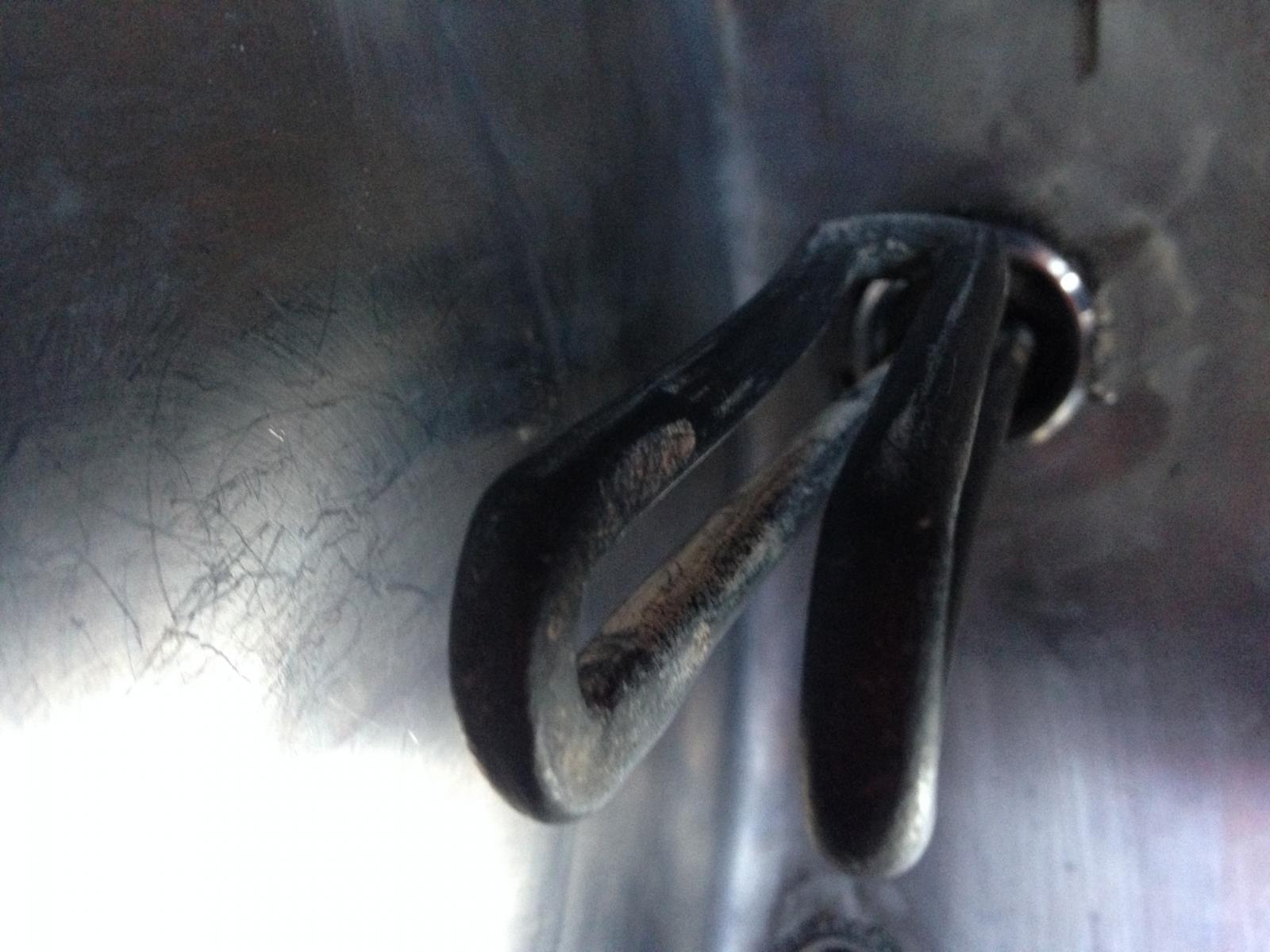 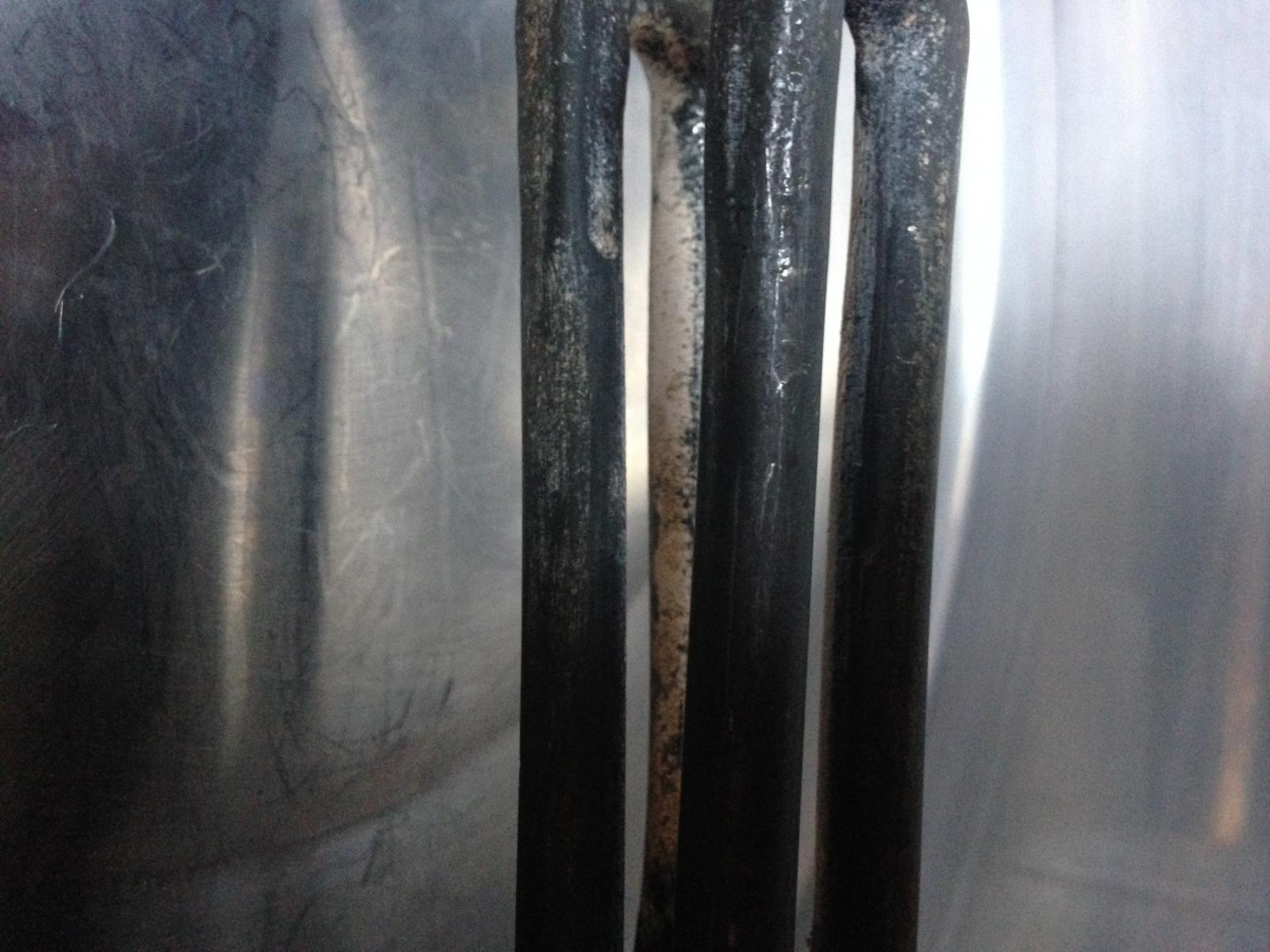 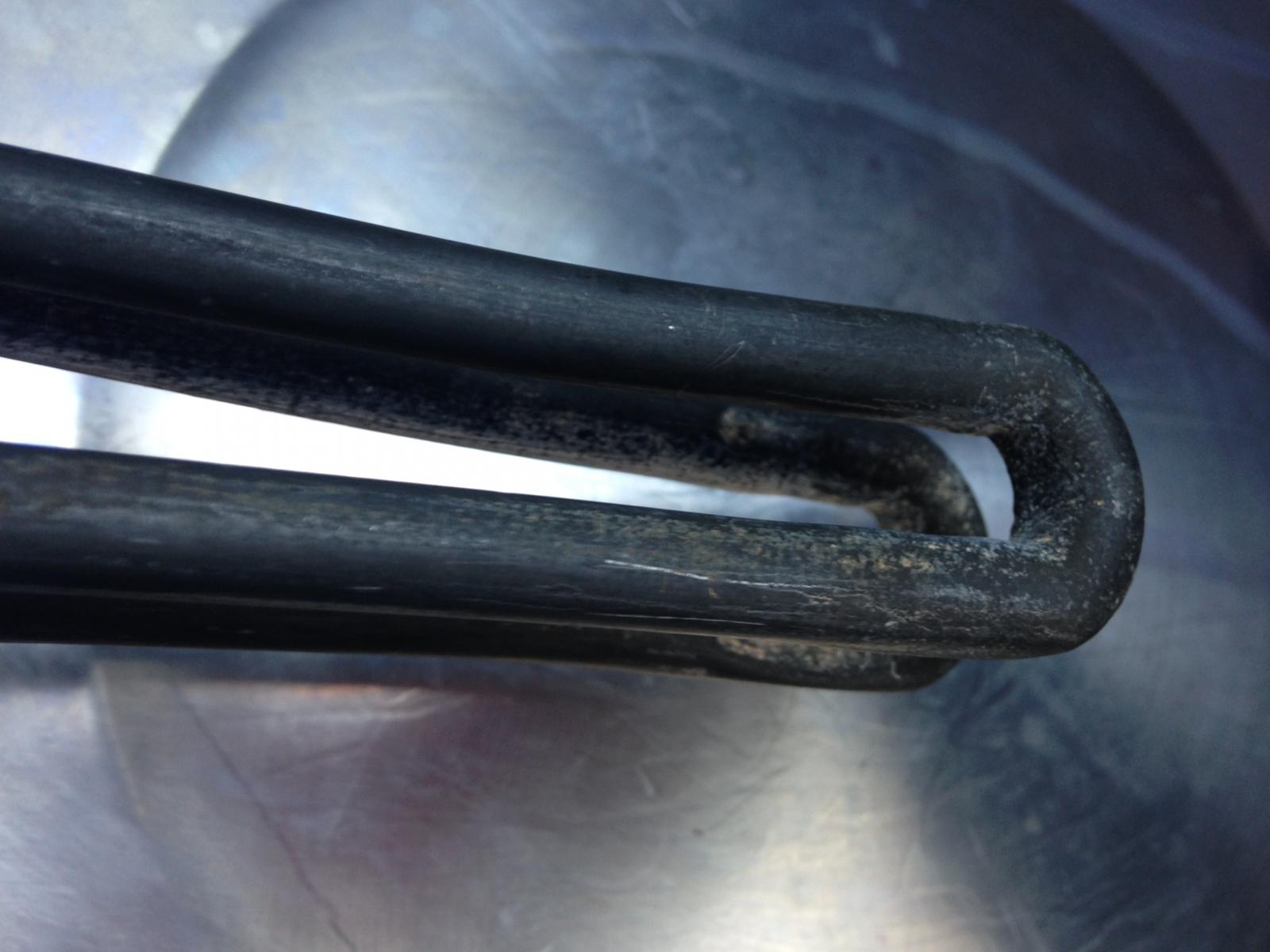 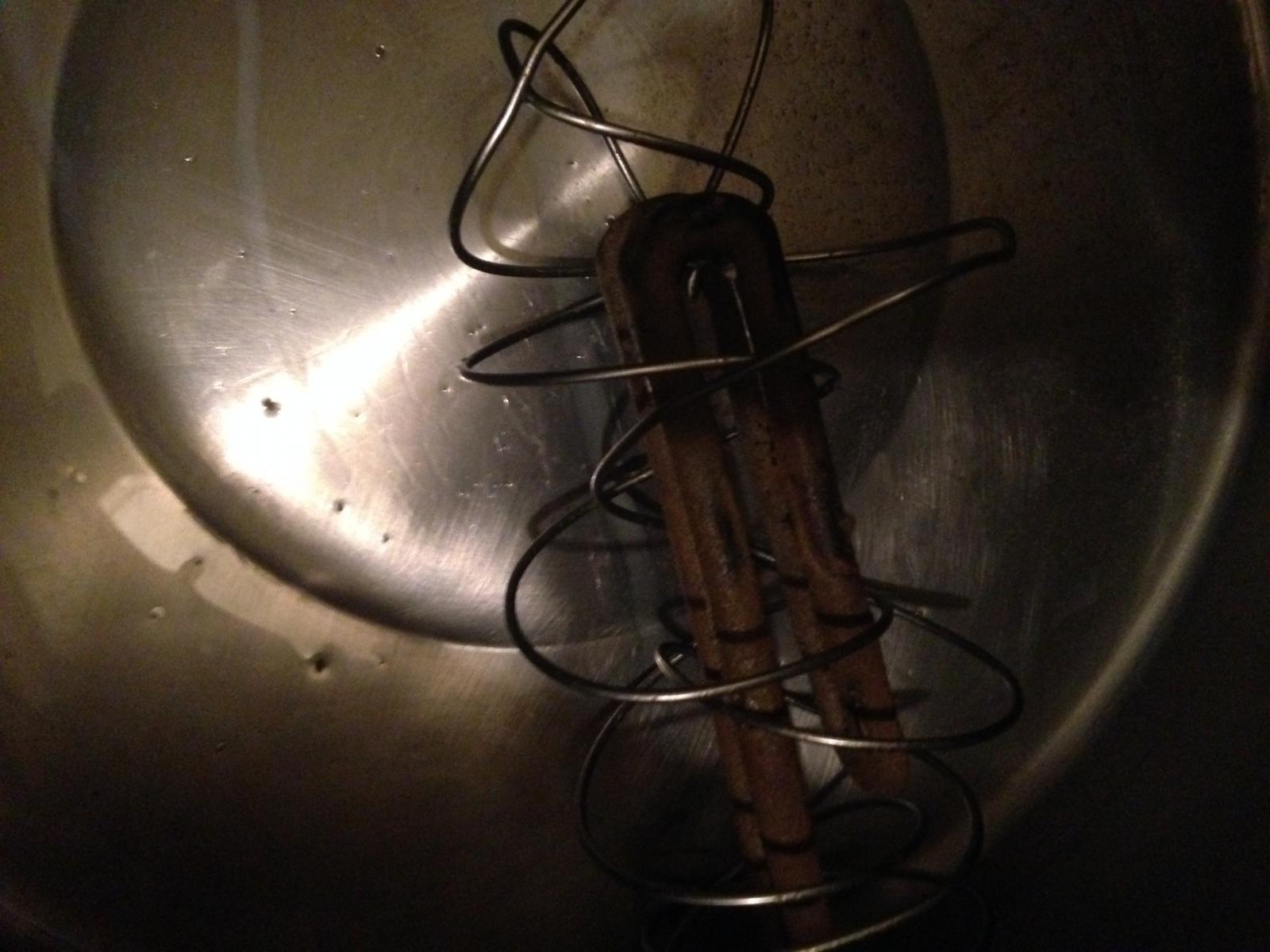 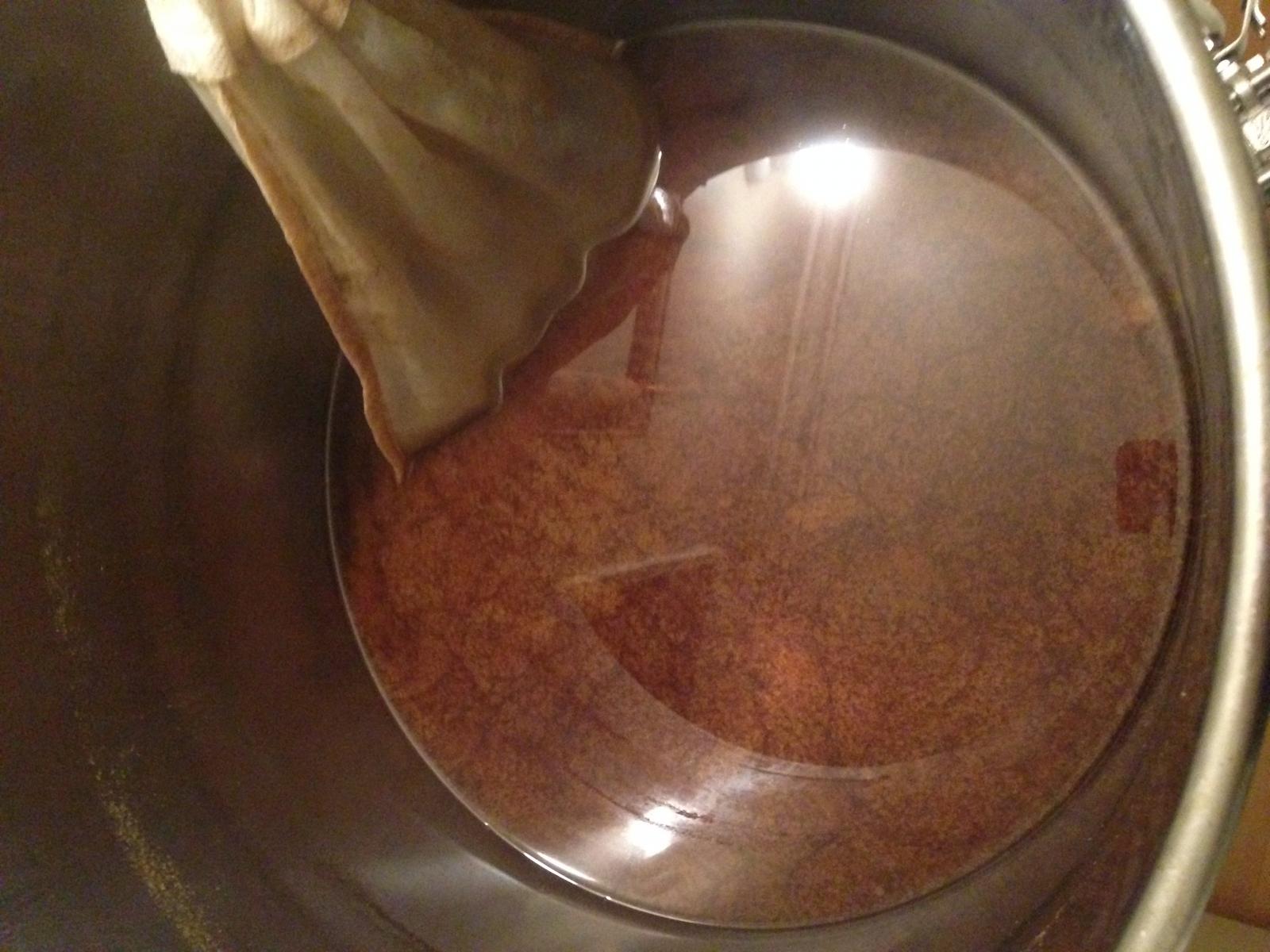 Looks normal to me. A little soak in PBW and that crud will fall/wipe off easily. Your beer should not be affected.

They call that a ultra low density element because of the "limelife" coating but if you were to compare the short length to other elements of the same wattage you would find that is not truely ultra low watt density at all and it will not behave like one with anything other than hard water...

It doesnt look like your getting any scorching though since the buildup is brown and tan which is good. and like already mentioned that cleans right up with a soak in pbw or some elbow grease and a scrubby (which will effect the coating as well)

once you have a way of actually consistently controlling your element you will find the buildup wont be so bad and you will get a consistent boiloff relative to setpoint..
J

Doesn't look like a ULWD element. What's the diameter of that pot?

I would be careful cleaning it with anything abrasive. Shouldn't need much more that a soft cloth/rag after the soak.

JustLooking said:
Doesn't look like a ULWD element. What's the diameter of that pot?

Camco considers the limelife coating as good as having more surface area (which would lower the amount of heat per sq inch of element surface and lower the watt density for a more gently heating effect) because it prevents lime buildup just as a ulwd element would but they are not and should not be considered the same way for anything except a hot water tank IMHO.
J

Interesting. I would think that "density" is a definitive thing (watts/sq in) and that Camco would find a better way to lable their product.
OP
K

Hey thanks everyone for pitching in!

So I only need to worry if it starts actually burning or creating caramel on the element (which would be impossible for the sugar/water ratio).

The pot has a 300mm/12" diameter, so the element is pretty small. It's the biggest I could get for my standard 10amp plugs (flatting, can't 'adjust' the electricals). But yes the package stated ULWD, which is not correct for the sq" wattage it would be putting out.
On full power it maintained a solid boil, but I don't think it was too volatile?
The water level issue was not boil off, but volume of water/grain that I could fit.

Thanks again, I'll have another go this weekend and see how it all goes. 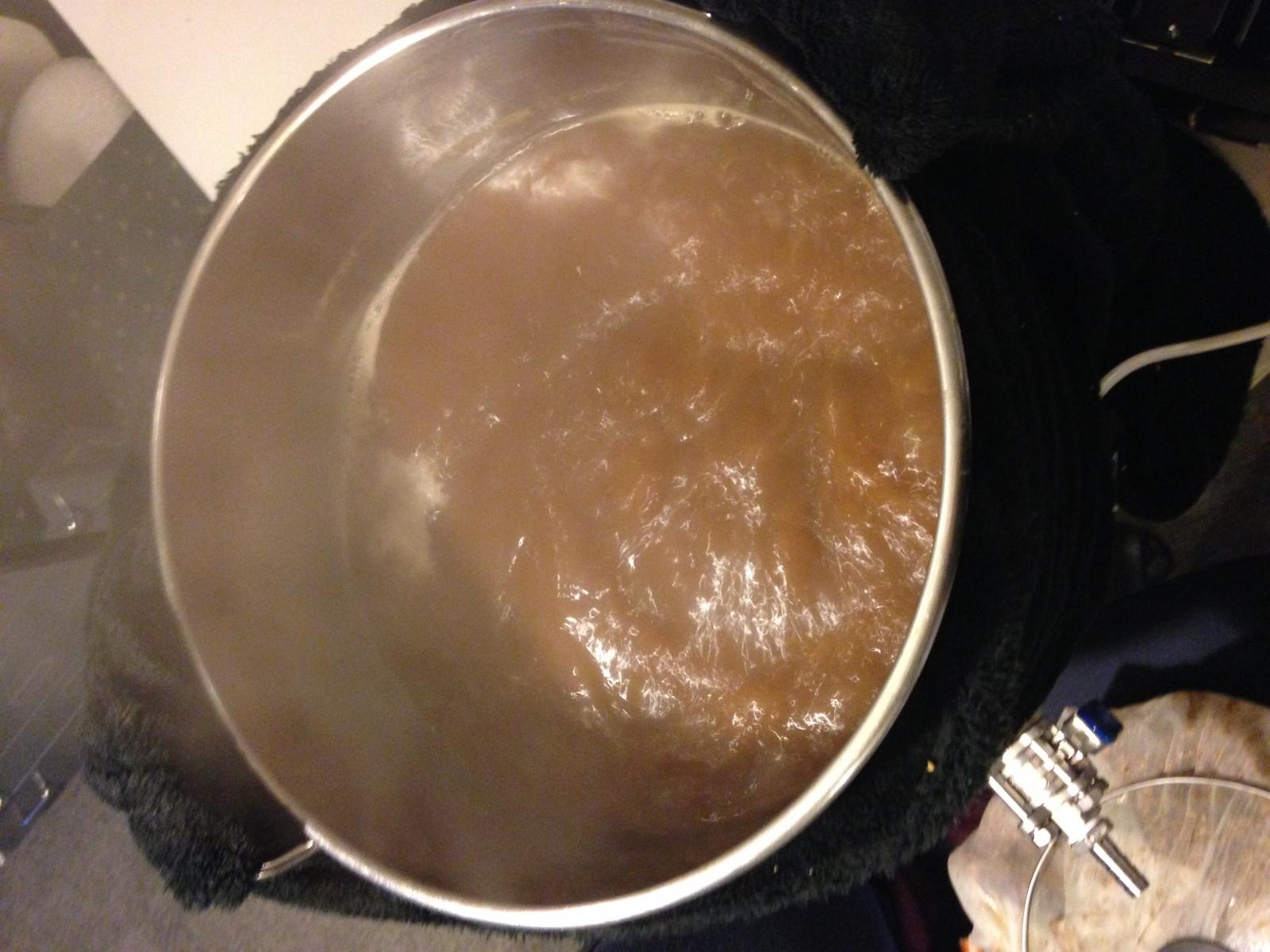 Feb 22, 2017
72westie
7
A
Heating element coating came off after soaking in water. Defect?