On Sunday the 24th I brewed my first 10 gallon batch. It was an extract IPA. Everything went well during the brew and since I was splitting the batch with a brewing buddy I pitched two different yeasts for kicks.

Last night I racked each five gallon primary into a secondary and there is a distinct difference in the appearance. I expected the taste to be different because of the yeast but I didn't expect the difference in color and clarity.

The cooled wort was put into the both primaries at the same time with a tee coming off the valve on the kettle.

Should I leave it in the secondary until it clears? What if it doesn't clear?

Anyone else have this happen? 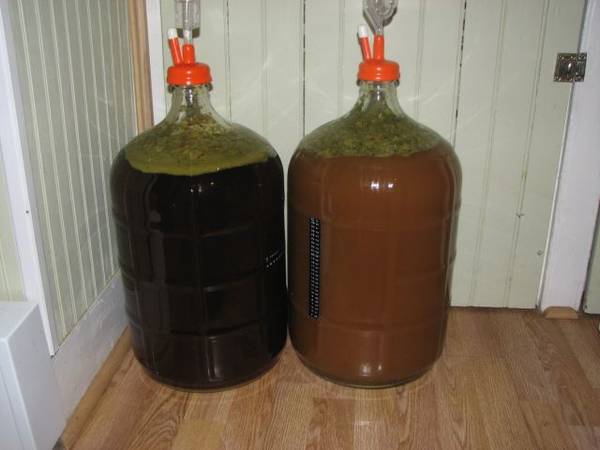 I have no advice to offer except to wait it out (whatcha gonna do other than that, dump it? no way!)

But I do have to say that is pretty funky that they'd have such different appearances, could the one the left have the yeast mostly settled out and the one on the right they are still in suspension?
OP
E

That is the way it looked. Both were fermented in plastic buckets. I guess there will be a long secondary on the one.

Different yeasts have different flocculation rates. Your beer seems to highlite that.
I would expect the end result to be very similar in color.
Craig

Definitely secondary until they clear. Are you dry hopping those? If so, you may want to transfer to a tertiary fermenter to finish the clearing.

I use two different yeasts with every batch I do, just to see the differences and find the optimal yeast for the beer, should a repeat occur. I haven't seen a difference like that, but it is not altogether surprising either. Wait it out! RDWHAHB
You must log in or register to reply here.
Share:
Facebook Twitter Reddit Pinterest Tumblr WhatsApp Email Link